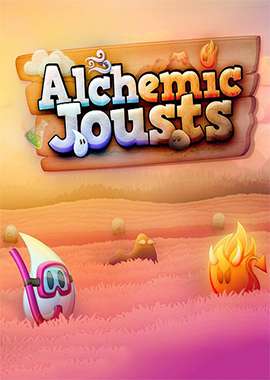 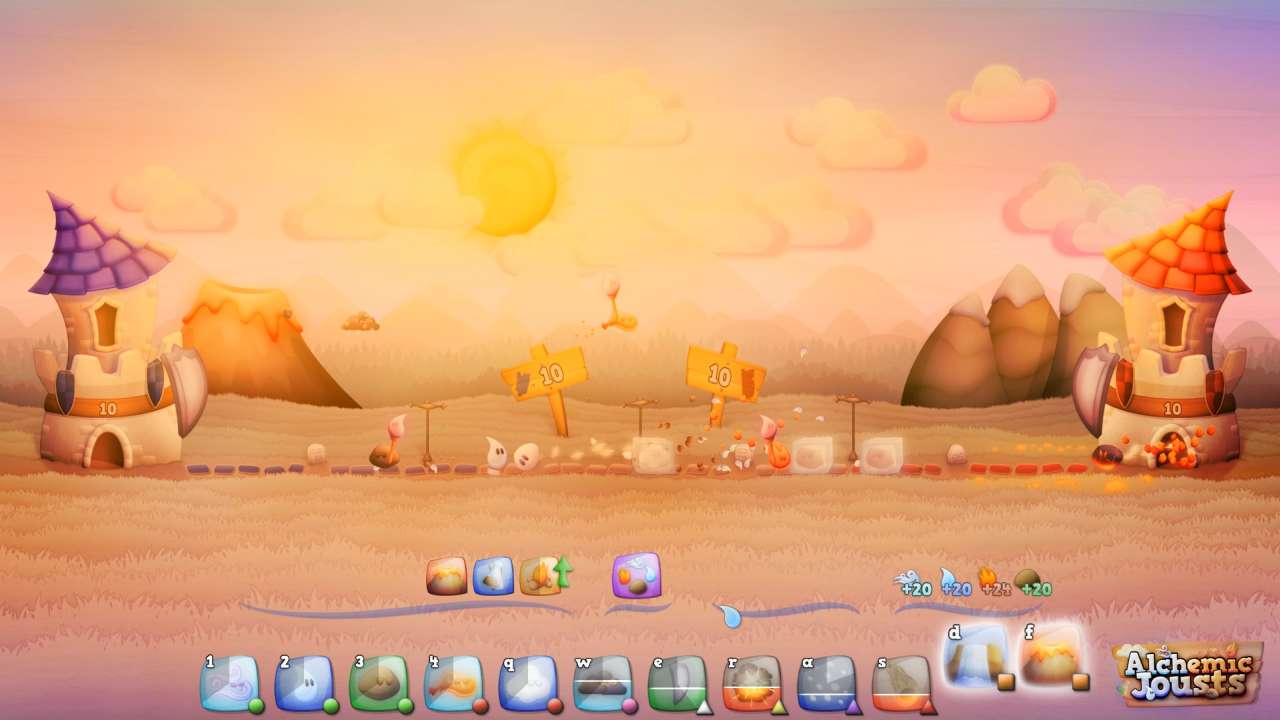 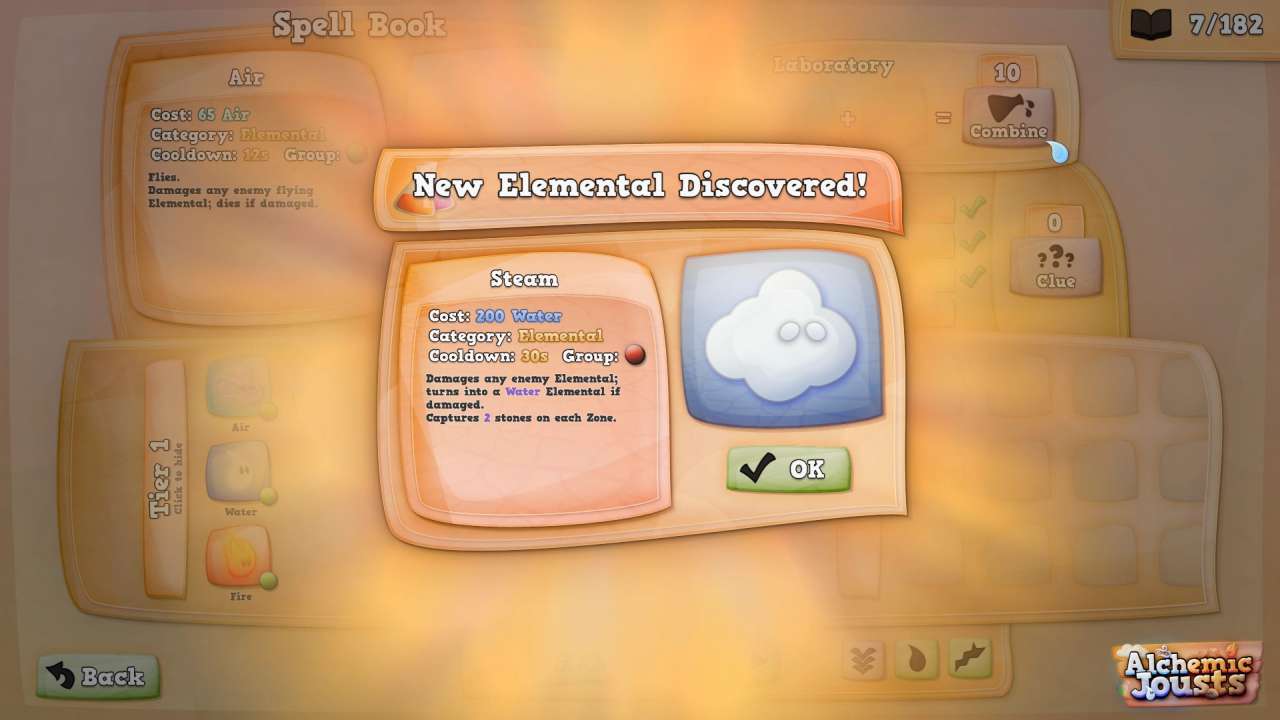 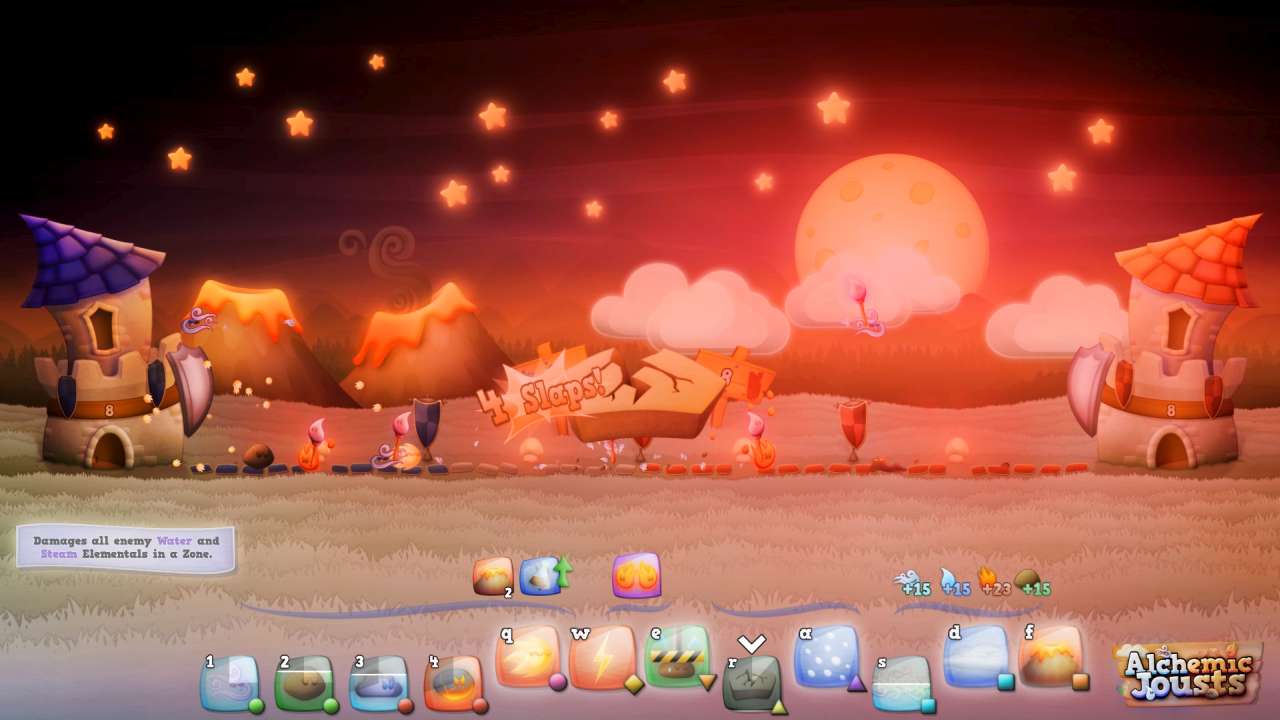 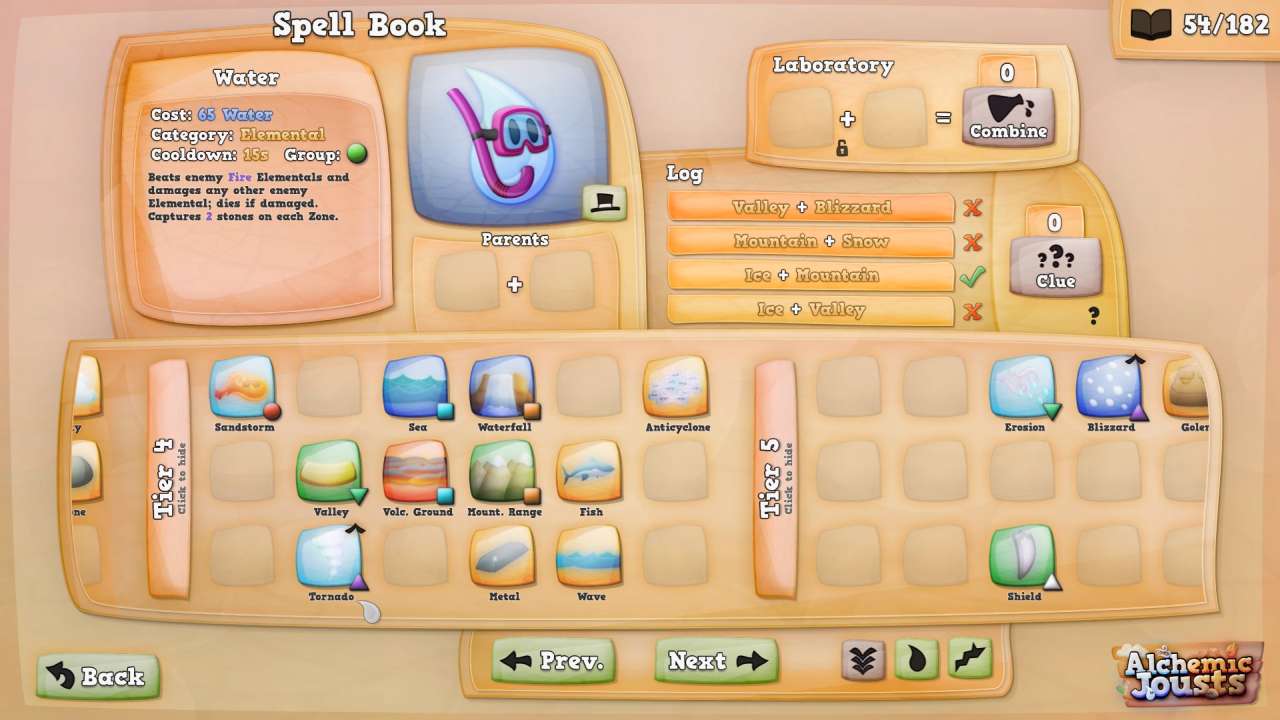 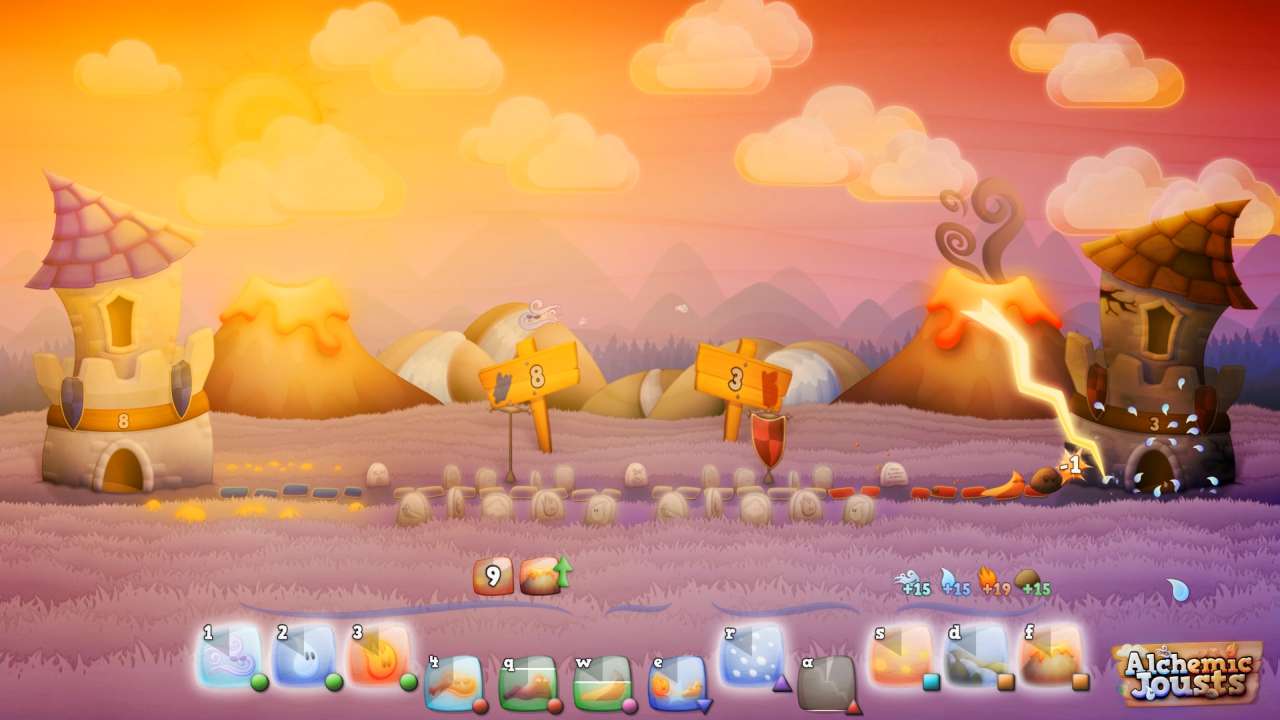 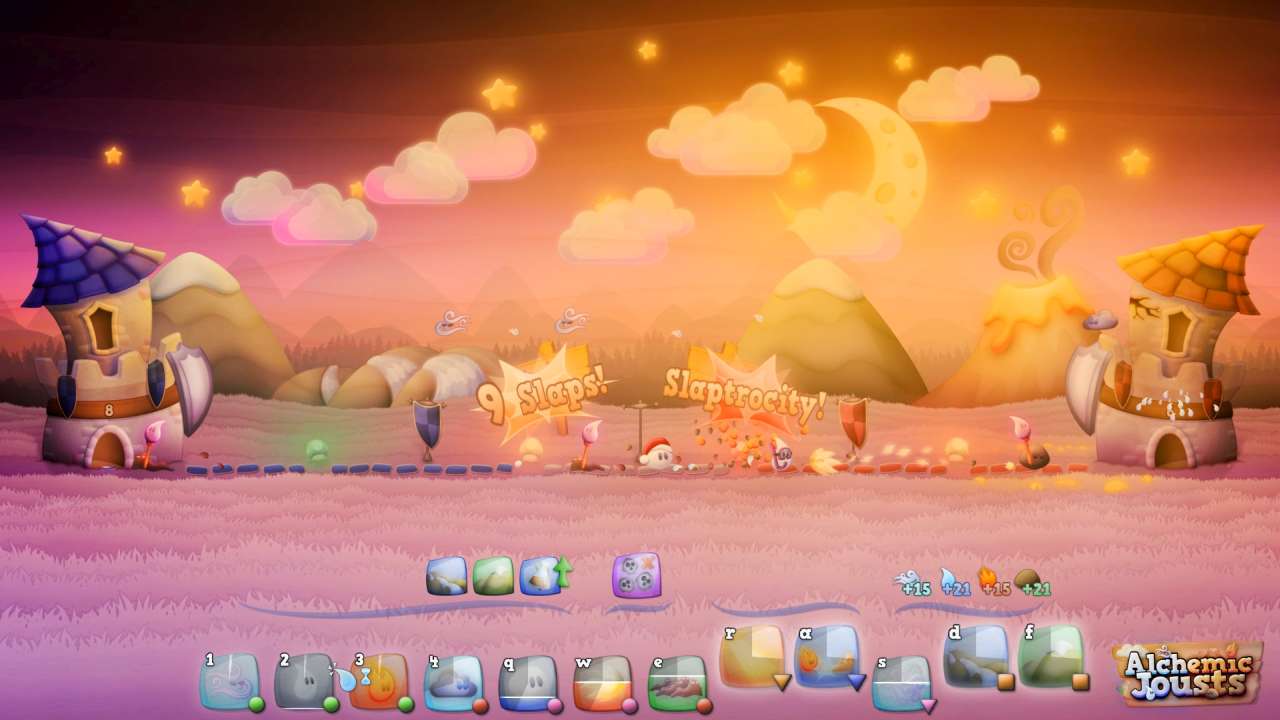 Alchemic Jousts is a 2D action strategy game mixing card game's deck creation and real time gameplay. Command your elementals and support them with a wide variety of Skills. Control the arena and crush your opponent in one-to-one encounters!

As you progress through the single player campaign you'll be able to discover new Skills and abilities by combining your already known ones and expanding your repertory of weapons to draw from.

Play vs AI and advance through the game's campaign, discovering new Skills and new game modes or challenge a friend with either local or on-line multiplayer.

Your actions and skill of execution matter as much as your choices before the match starts!

Over 180 skills and upgrades to discover

Combine your known skills to discover new ones and expand your arsenal.

With different objectives that will make you change the way you play as much as the skills you choose. Those include Combat, Endless, King of the Hill, Attack, Capture...

Which change the general rules of each match in subtle or radical ways. The varying rules will keep the game play fresh and require you to consider the skills you use to approach them!