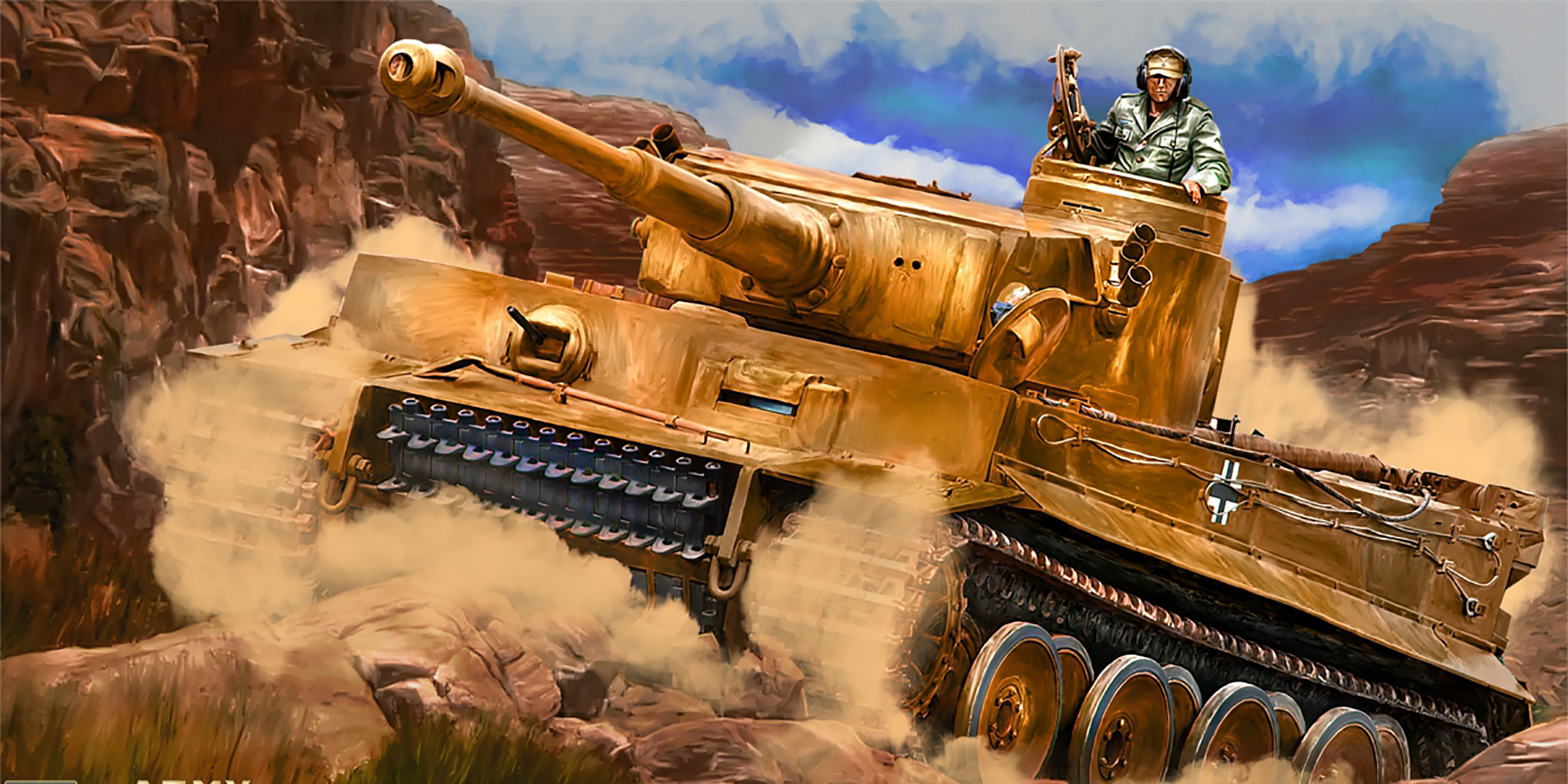 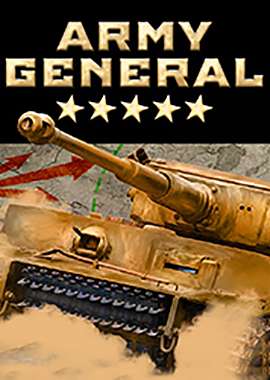 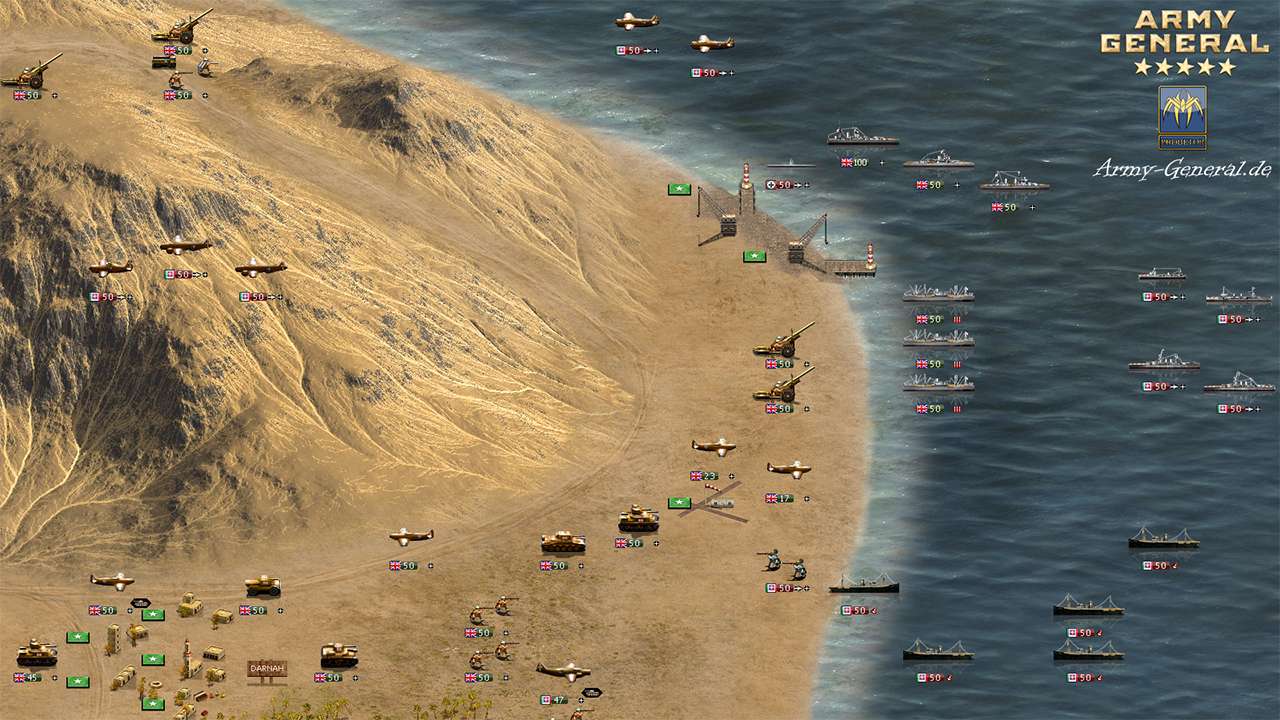 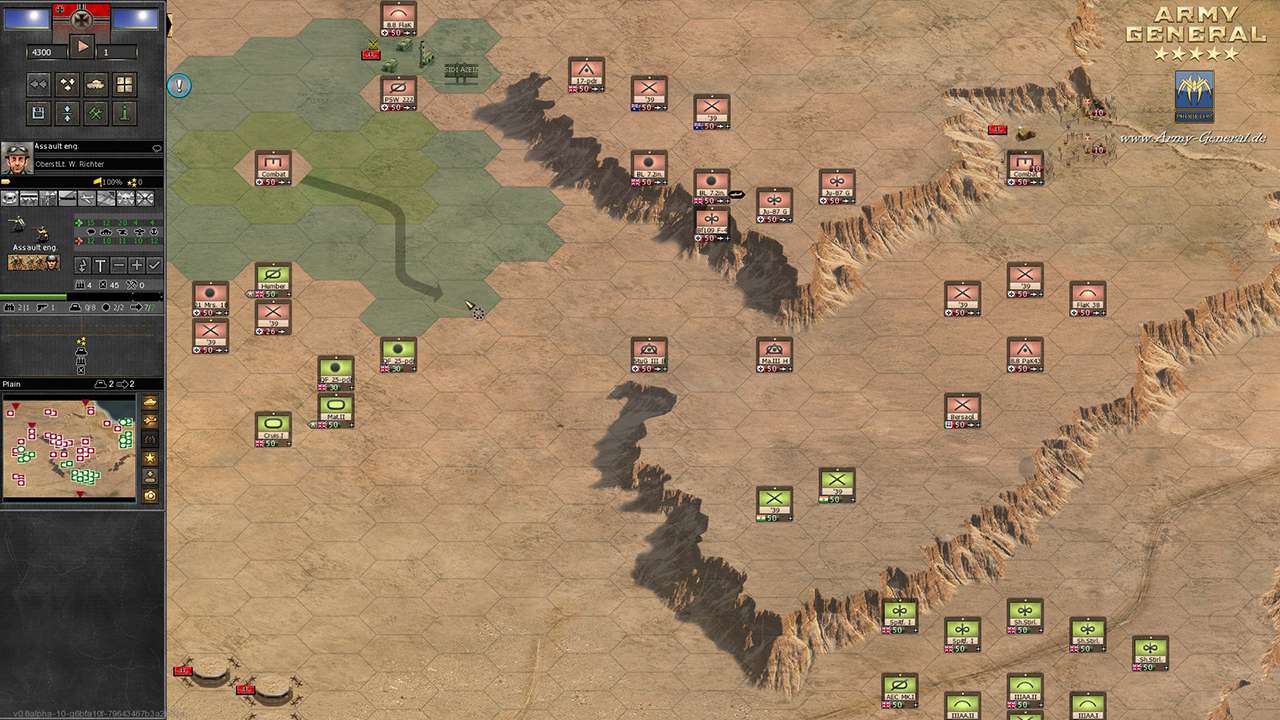 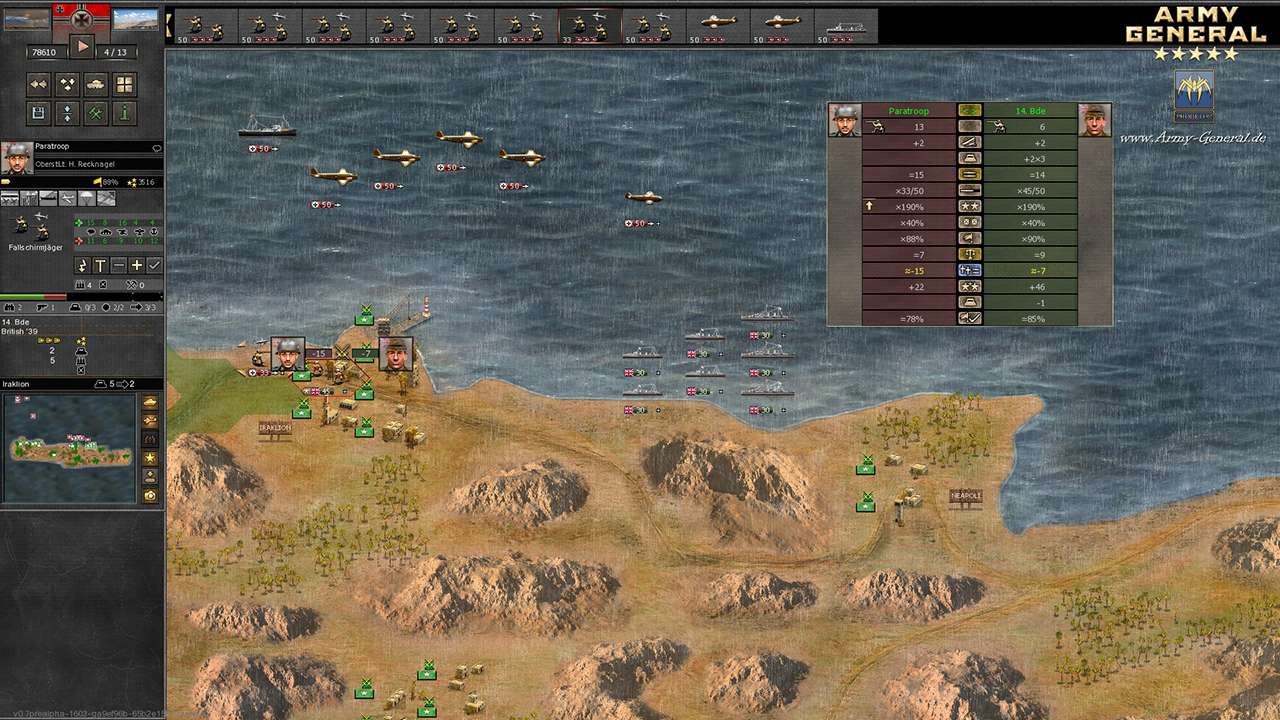 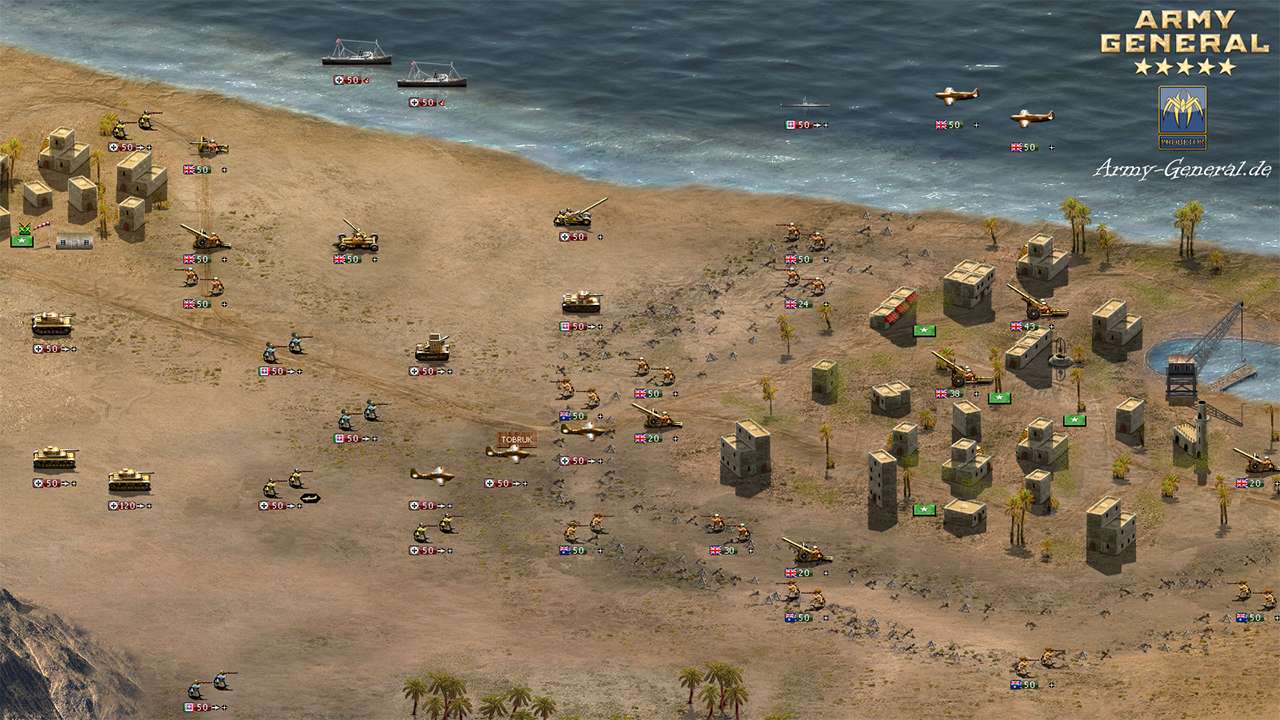 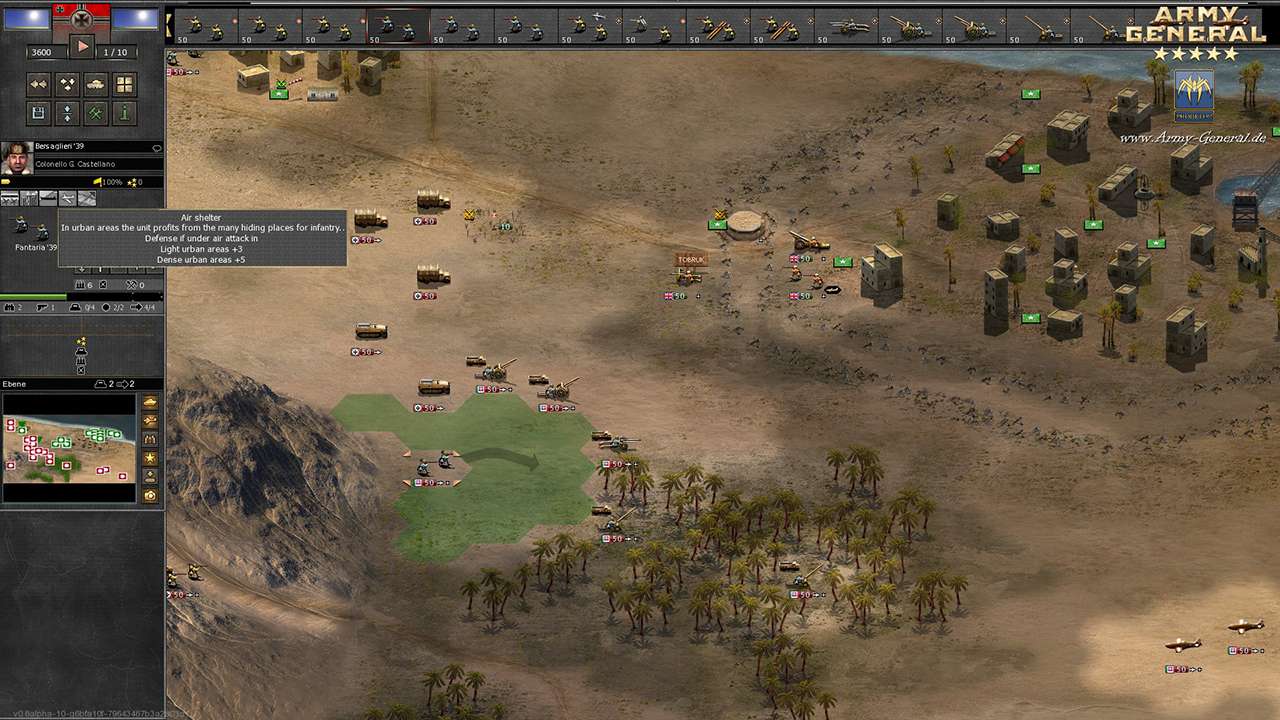 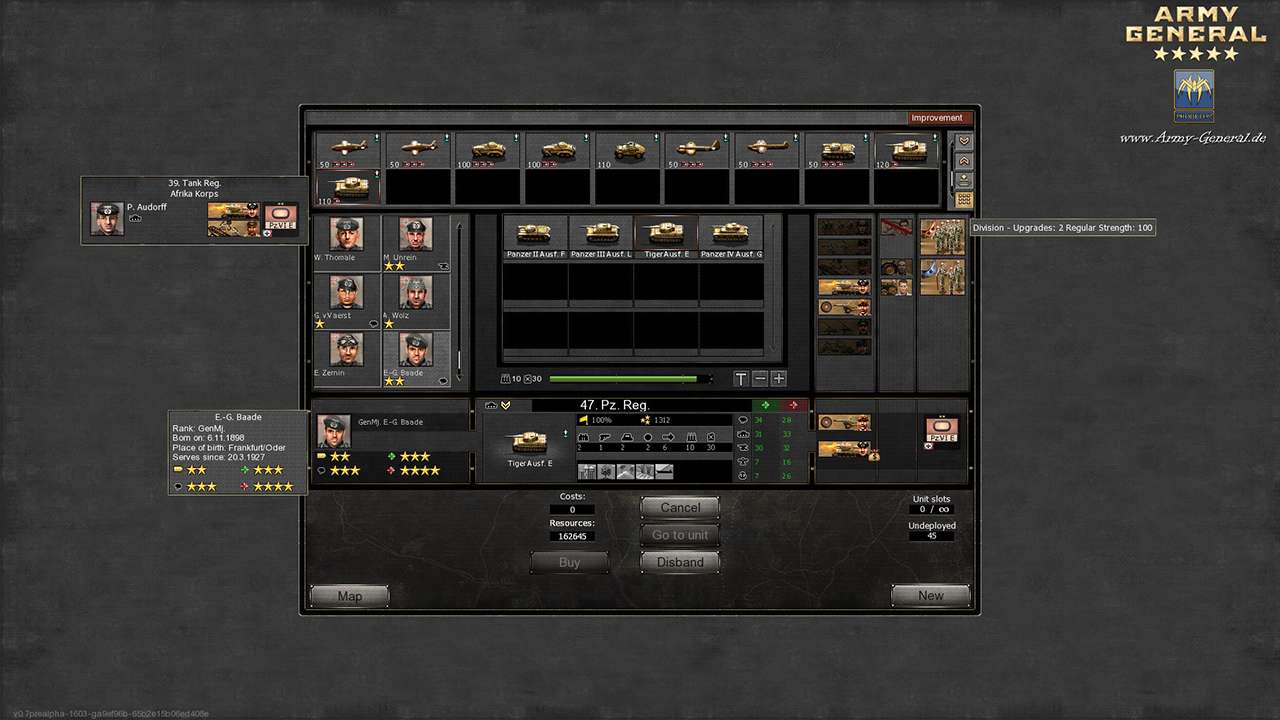 Army General has been updated to version 1.04, which includes many fixes and improvements, as well as some mission rebalancing.

Army General is a turnbased strategy game that depicts the desert warfare in Northern Afrika and parts of the Mediterranean sea during World War II. Fight back the Italian invasion of Egypt in 1940 with the Desert Rats or advance to Suez with the Afrikakorps in 1941/42. Adjust your units to the challenges of each map by exchanging officers, equipment and subordinate units.