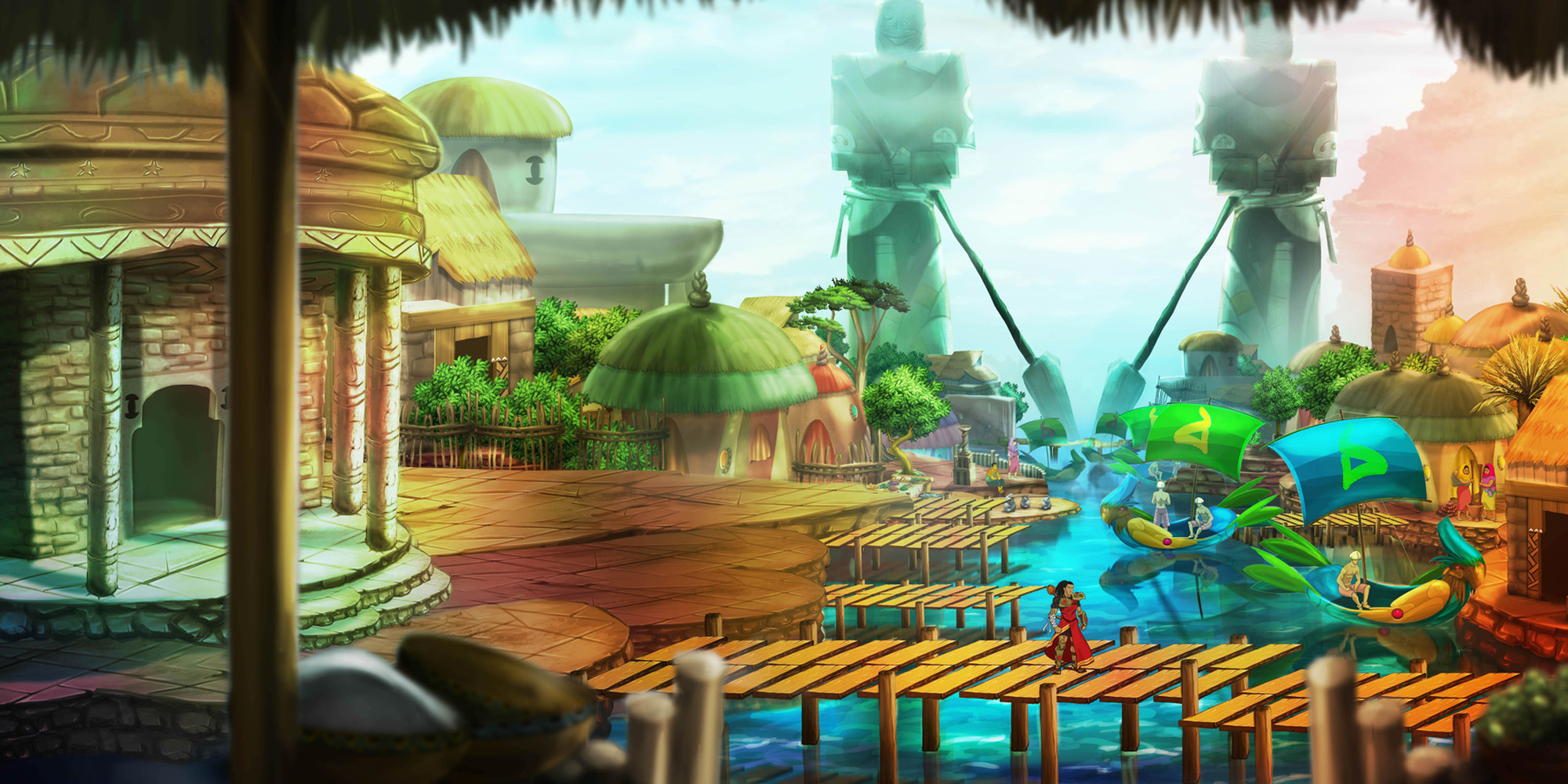 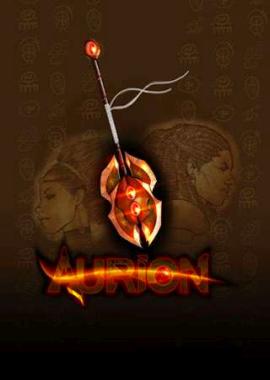 Aurion: Legacy of the Kori-Odan 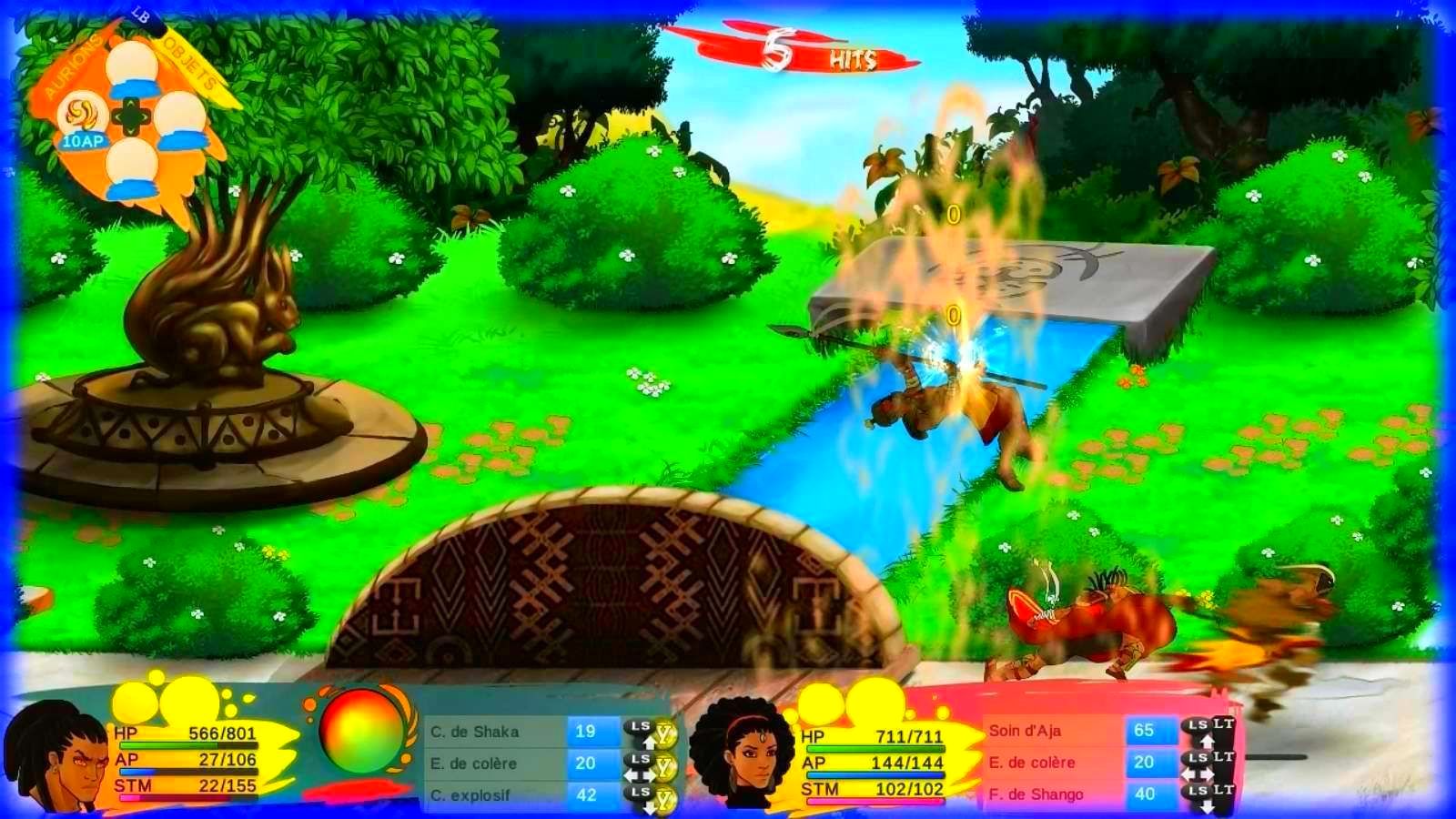 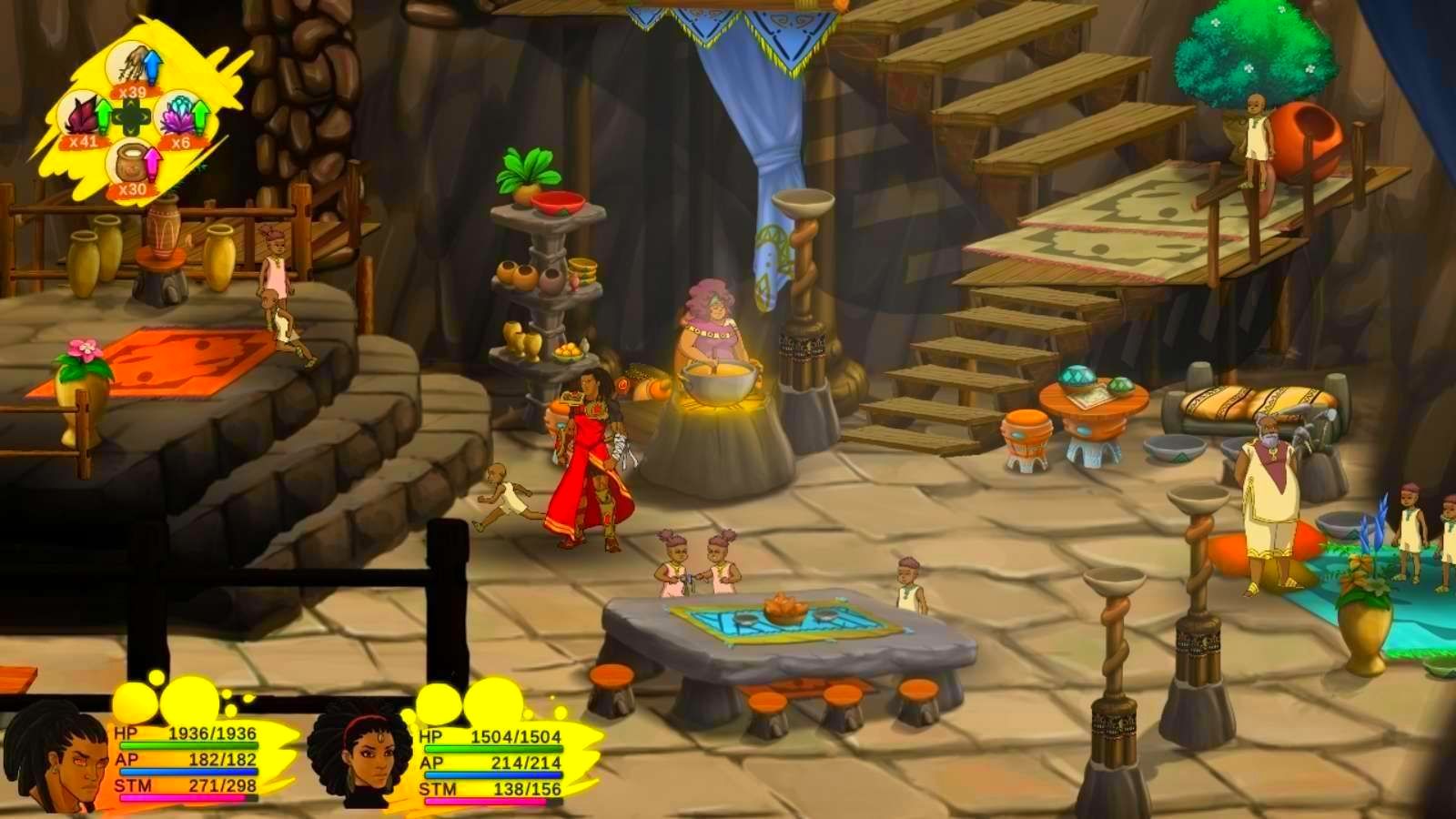 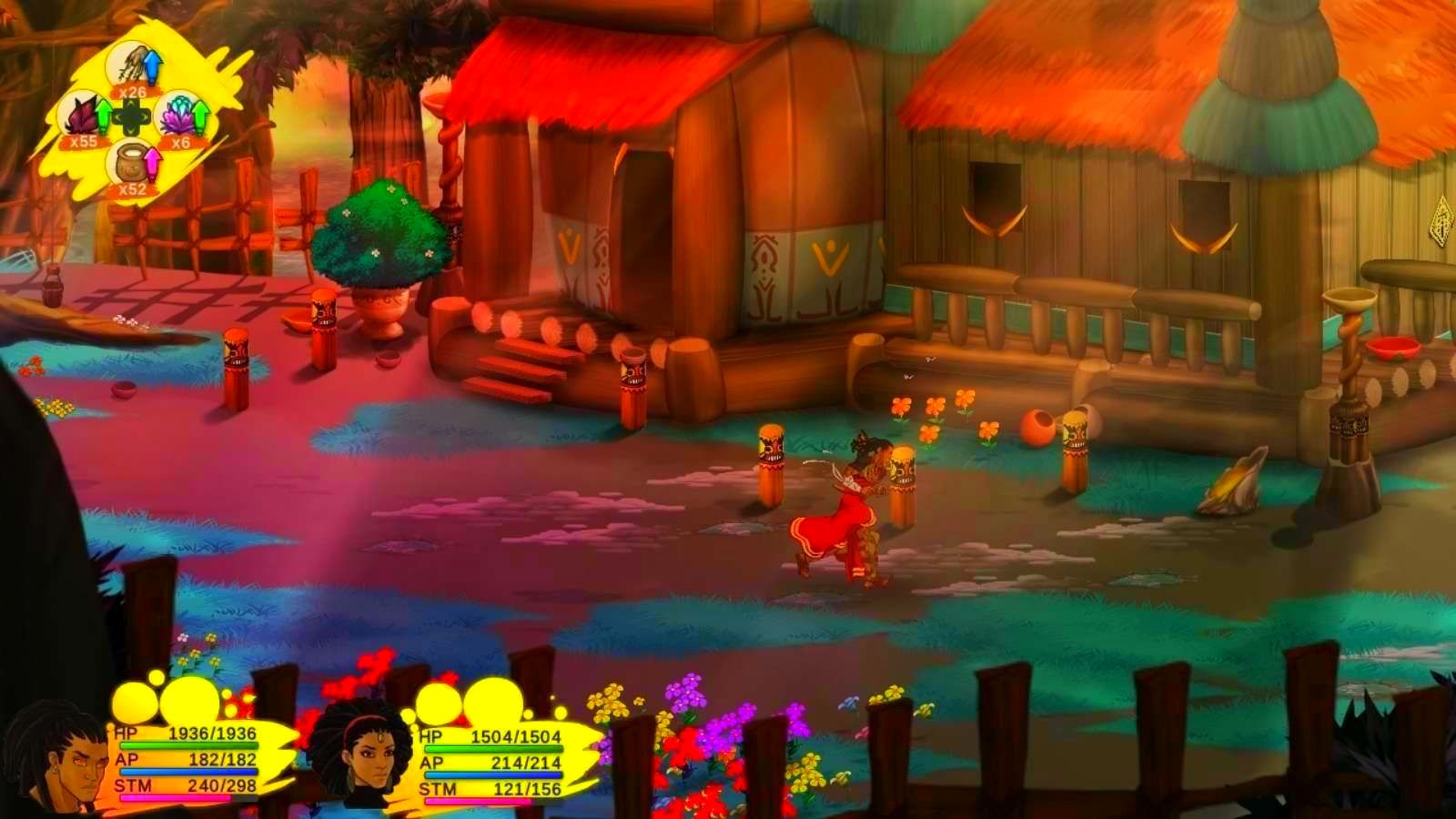 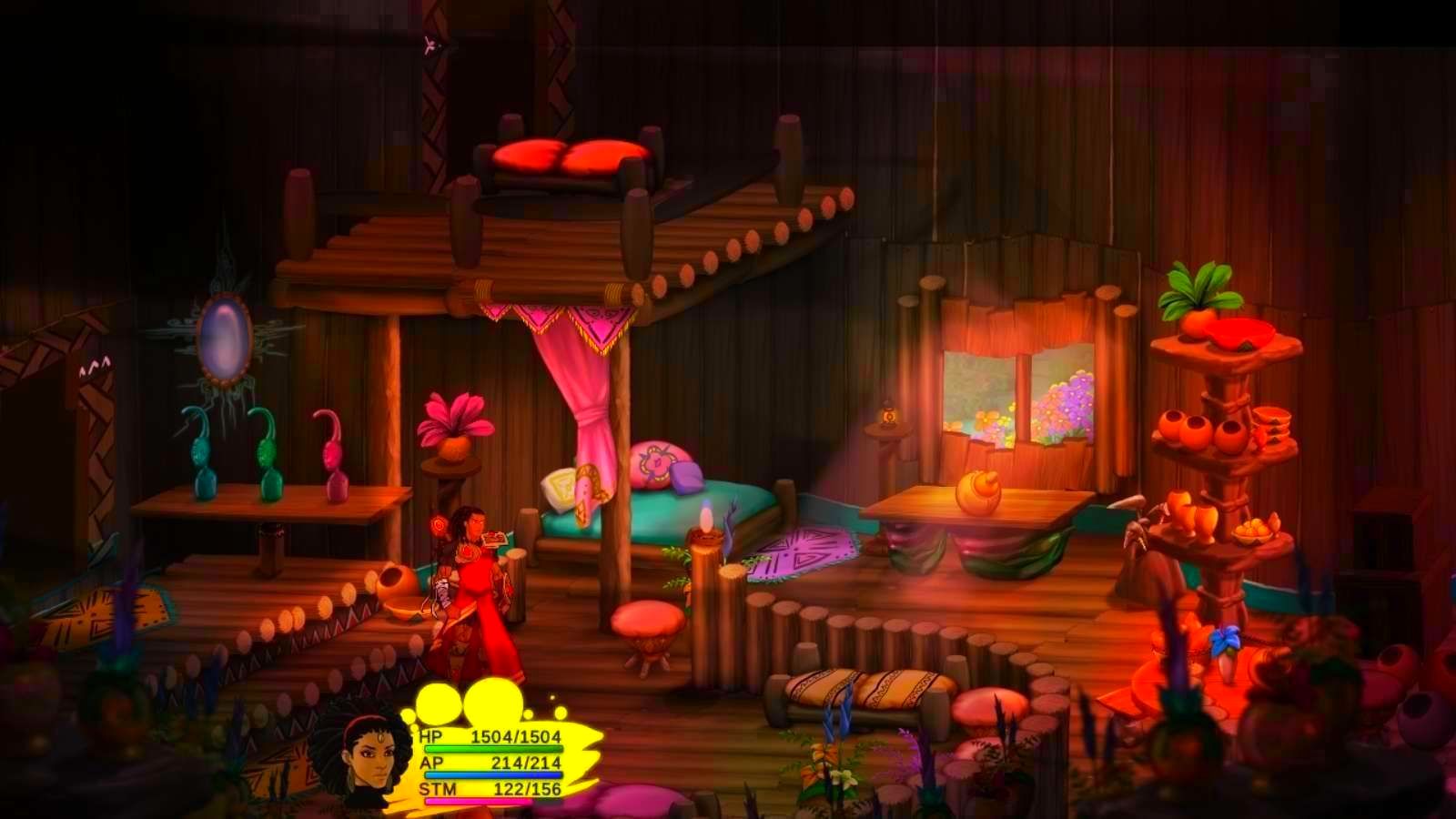 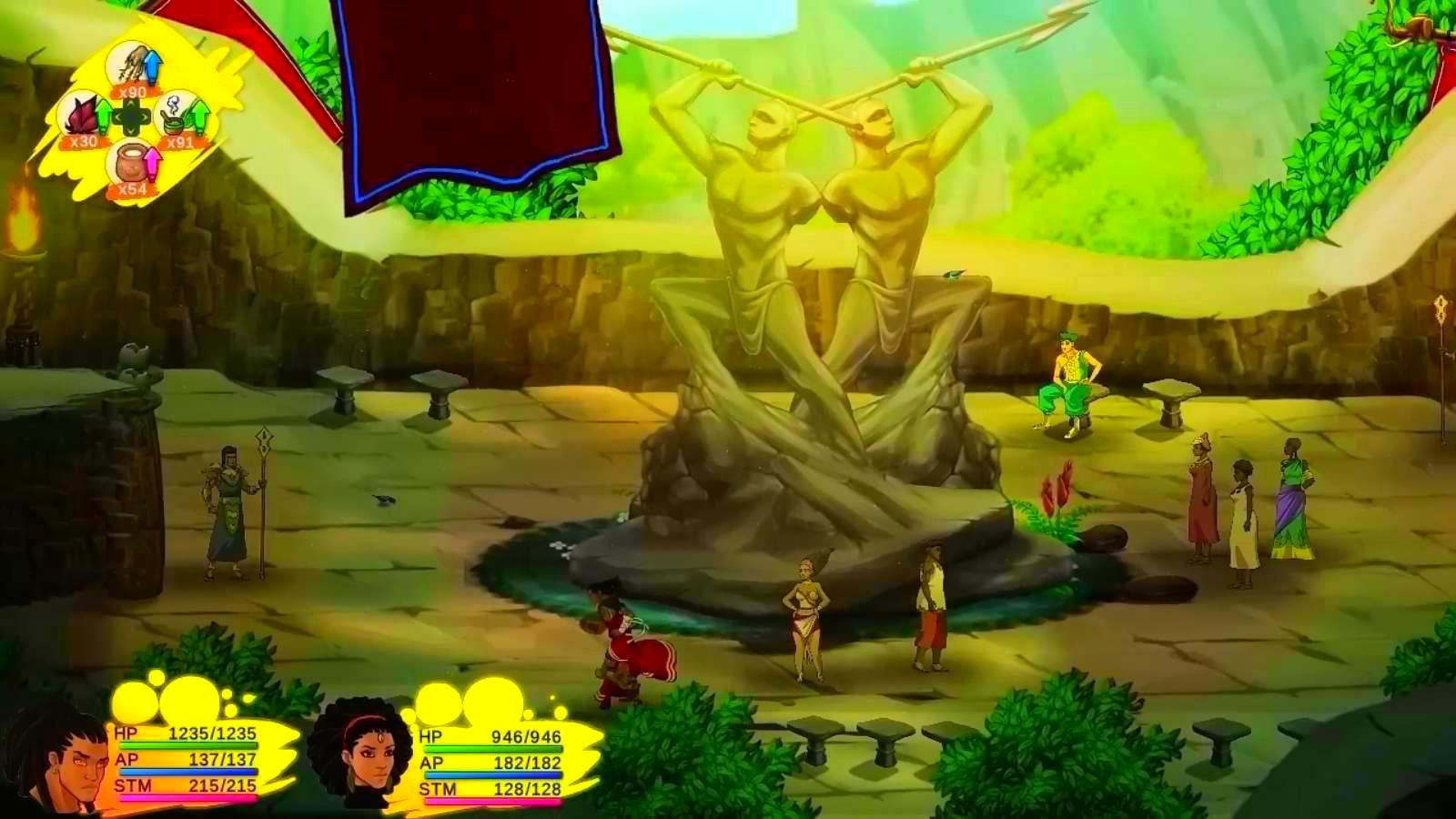 Aurion: Legacy of the Kori-Odan is a 2D African Fantasy Action-RPG which seeks to innovate in this genre. The dynamic gameplay partly inspired by the old school ‘Tales of’ series, focuses on 2D real-time combat sequences while the narration and its environment both draw deeply from African culture, myths and lores.

Aurion offers hand-drawn and animated African-style graphics that tell a deep storyline that unfolds over more than 20 hours of action-packed gameplay, heavy with combat and combos.

Aurion is never-before-seen 2D action RPG to PC with a strong interface and a bevy of beautifully hand-drawn characters and animation.

It should have been a perfect day for Enzo Kori-Odan, Prince of Zama. He was scheduled to marry his lifelong love Erine Evou and be crowned the new King. Little did he know that Ngarba Evou, his new brother-in-law, plotted to overthrow him. Through thrillingly executed, combo-heavy action sequences, Erine and Enzo will redefine their bond, rescue the land from its villains, and restore their legacy. Luckily, Enzo can call on the Aurion, a powerful collective energy channelled from past ancestors that can unlock devastating fighting abilities and combos to help him beat his foes.

Enzo is the only remaining heir of the Kori-Odan family, which ruled over the city of Zama for generations. Enzo inherited his battle gears from former Zama’s kings. He can modify its gear’s properties by drawing on ancestral energy, the Aurion, which can also be used to put Enzo into a fierce Aurionic state, allowing him to take on even the deadliest of foes. Luckily for Enzo, his spear, Urithi, also has a power of its own. It is strong and equipped with its own special Aurionite, which is linked to the Legacy of the Kori-Odan.

Erine is the young spouse of Enzo Kori-Odan, and fights alongside him in his quest to restore his legacy. Erine is a support character, she can heal her husband and launch special attack to combo with. Her primary piece of equipment is called "Moyoni Ukuta" which means "The wall of the heart". It is an Aurionic shield that can absorb physical AND magical damage. Although Erine cannot enter an Aurionic state, she is equipped with a chest harness and a loin cloth with interchangeable Aurionites. She can mix the Aurionites to modify her abilities

There are various enemies and bosses in Aurion. Enzo and Erine will face them throughout the adventure, more powerful and skilled as the couple advance in their quest.

Auriona is a rich and dynamic planet made of six continents. The world’s population regroups six main ethnic groups which are connected by an exciting common history line. Travel around to discover the wealth of the Kiro’o Tales throughout many side quests.

The Aurion is at the same time a mystery and an evidence in Auriona. The Aurion is based on the energetic waves of the world's memory, in other words it channels the energy of the past. With the Aurion, Enzo and other Aurionic people can enter aurionic states to unlock thier fighting potential together with devastating abilities related to ancestors. Aurionites are objects in which there is the Aurion in the likes of Urithi, Enzo's spear. They allow their possessors to boost their abilities. Originally, the Aurionites constitute rich and complex energy sources used mainly for domestic purposes. But the situation on Auriona saw the Aurion and its Aurionites being used as military weapons. Due to the Aurionites, non-Aurionics people can now build their capacities, and even use the power of the elements.