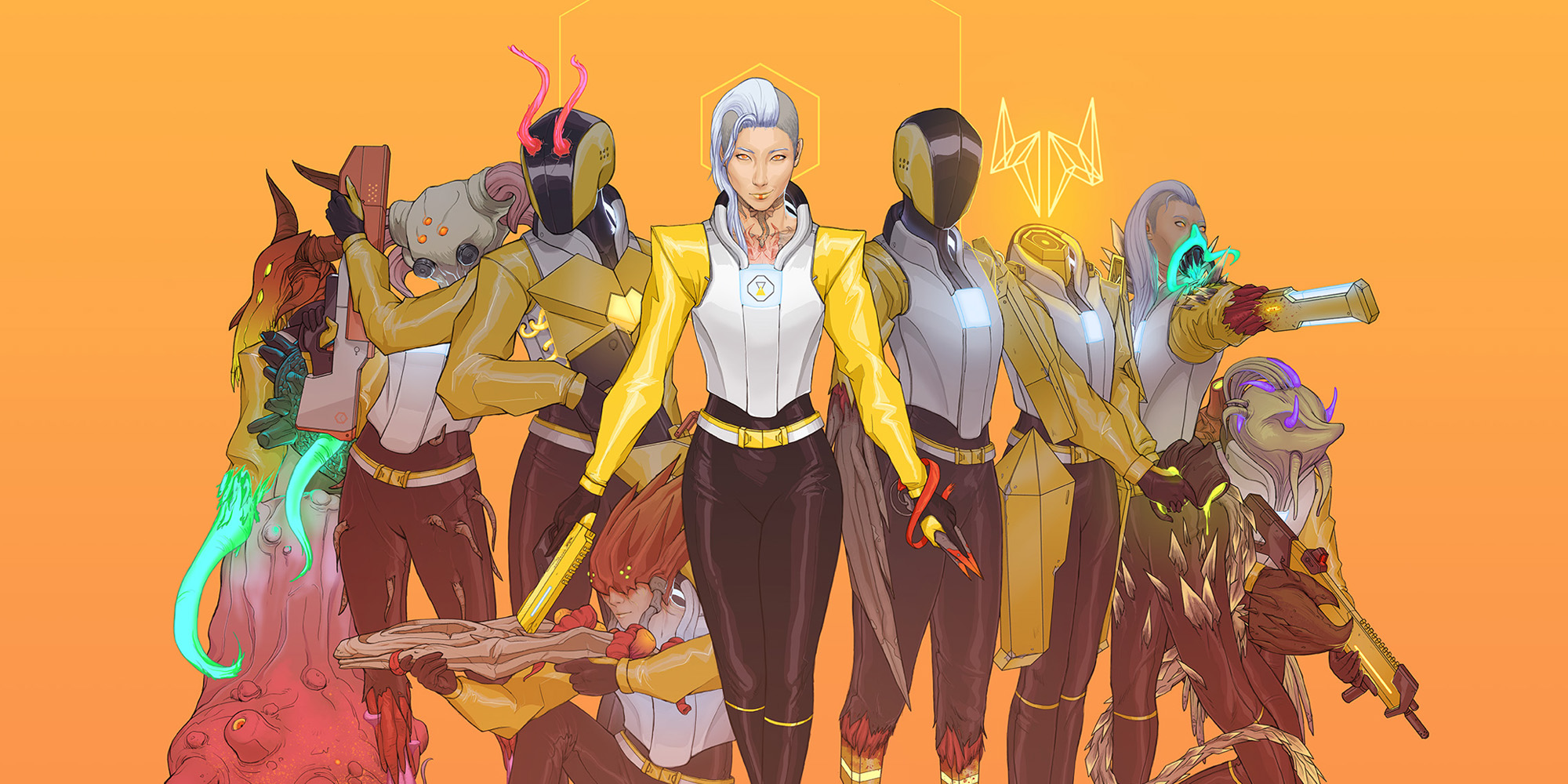 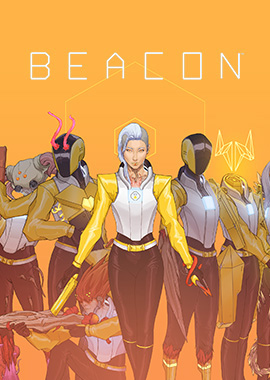 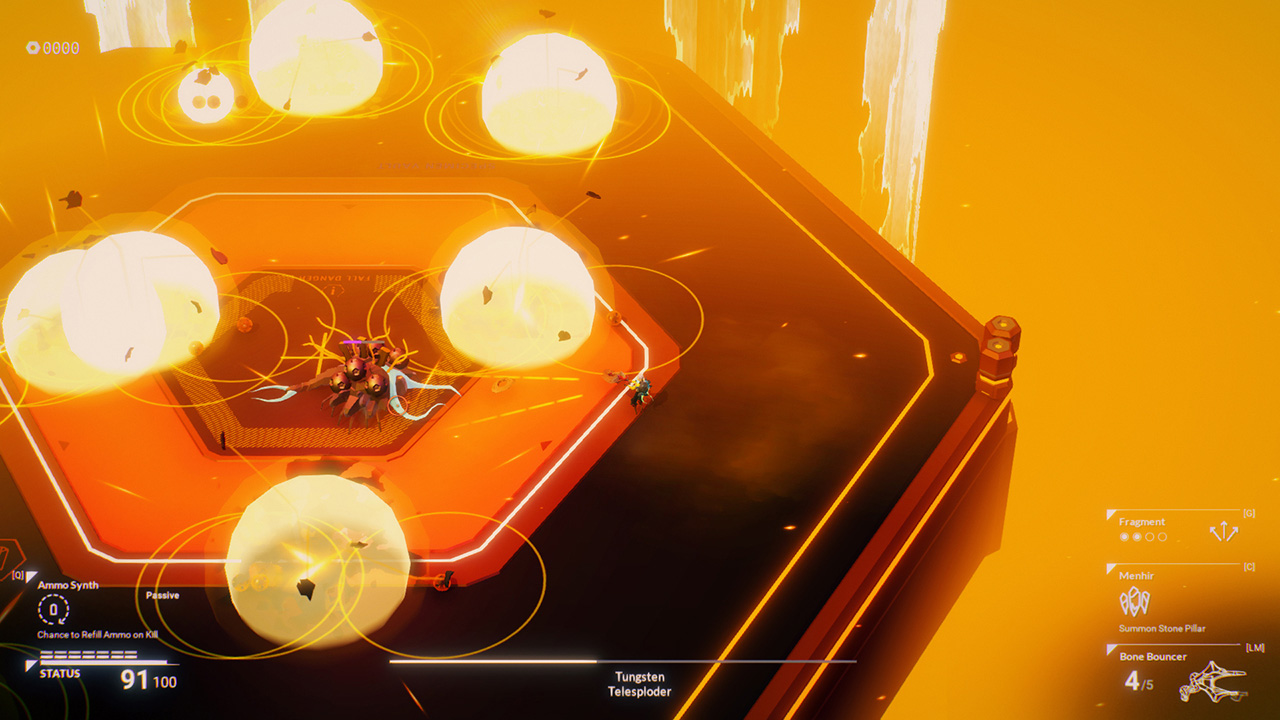 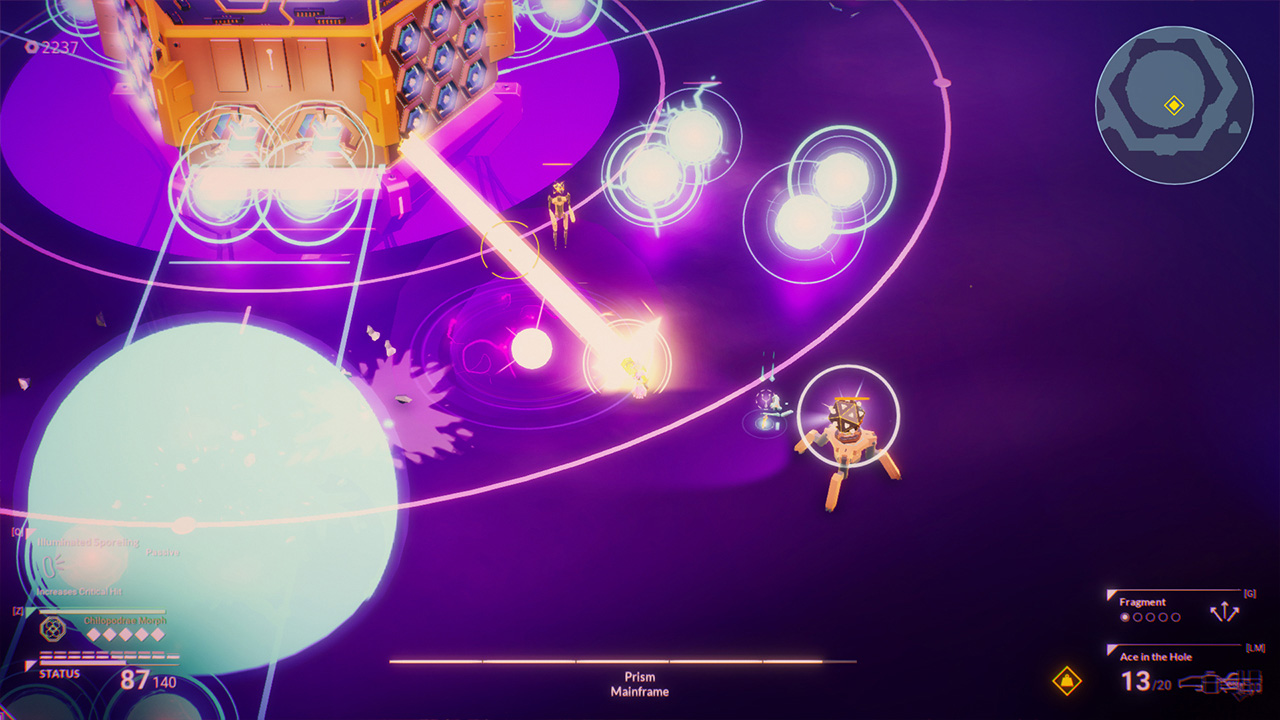 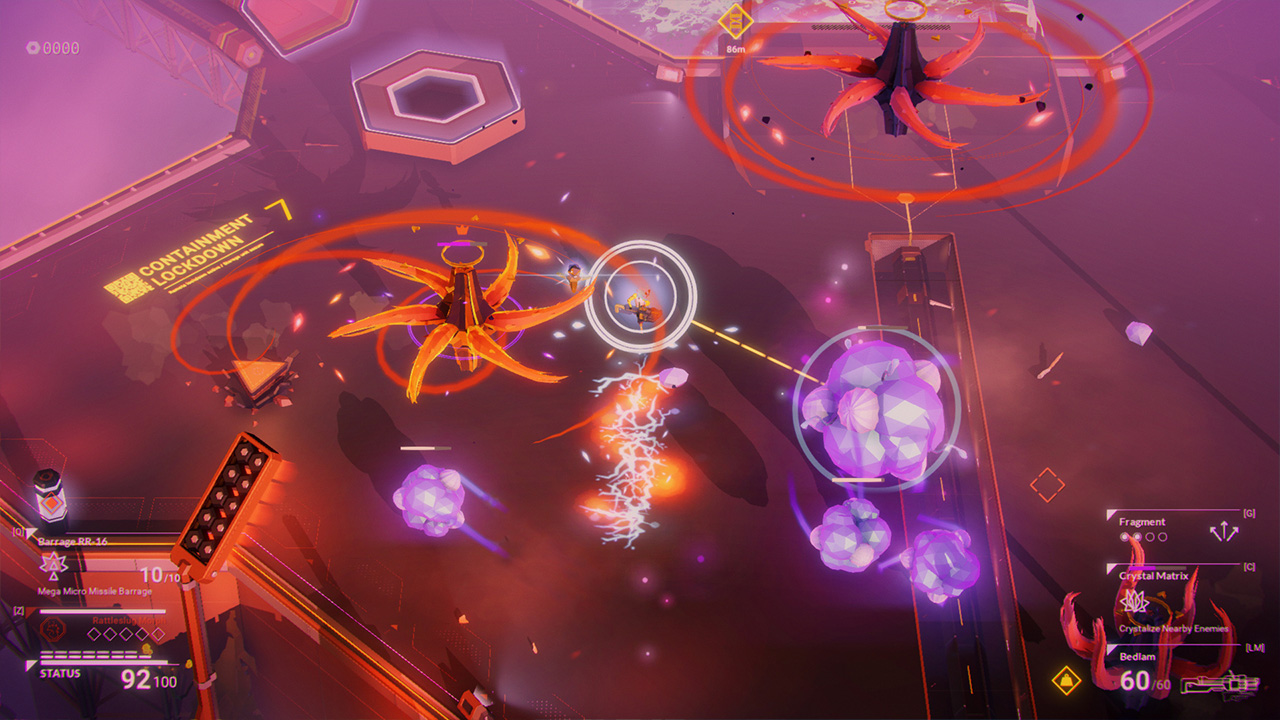 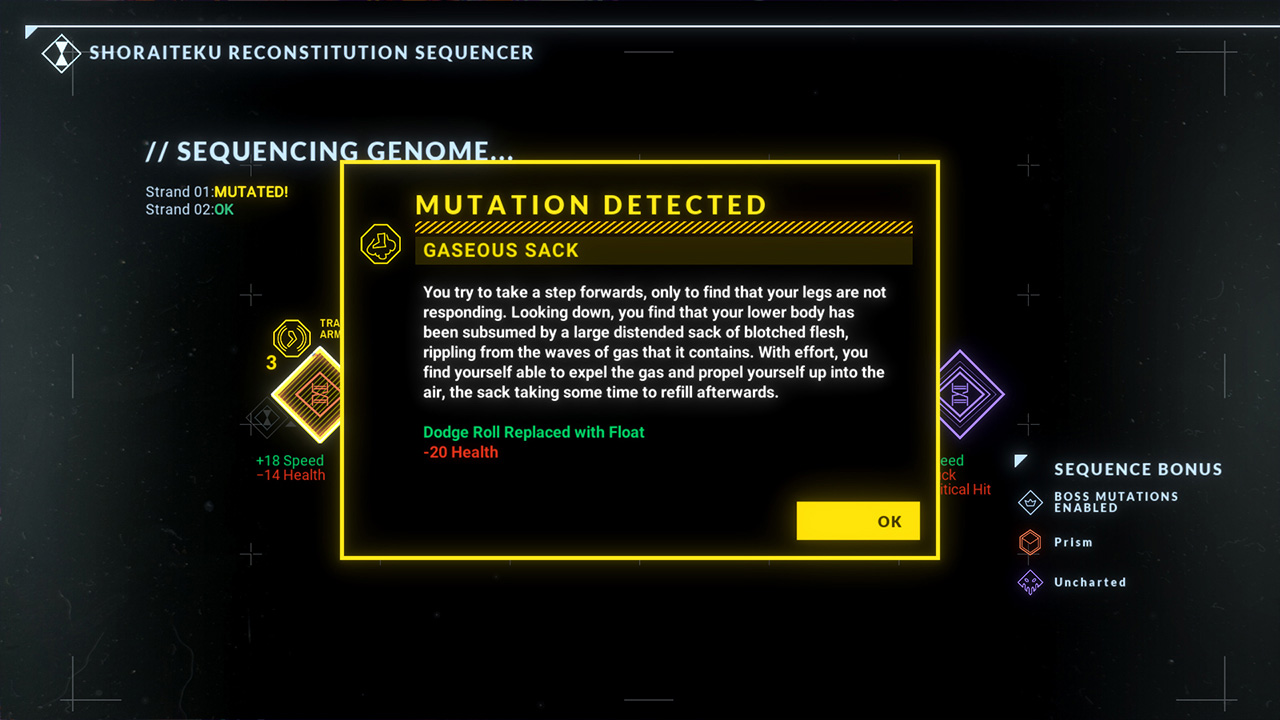 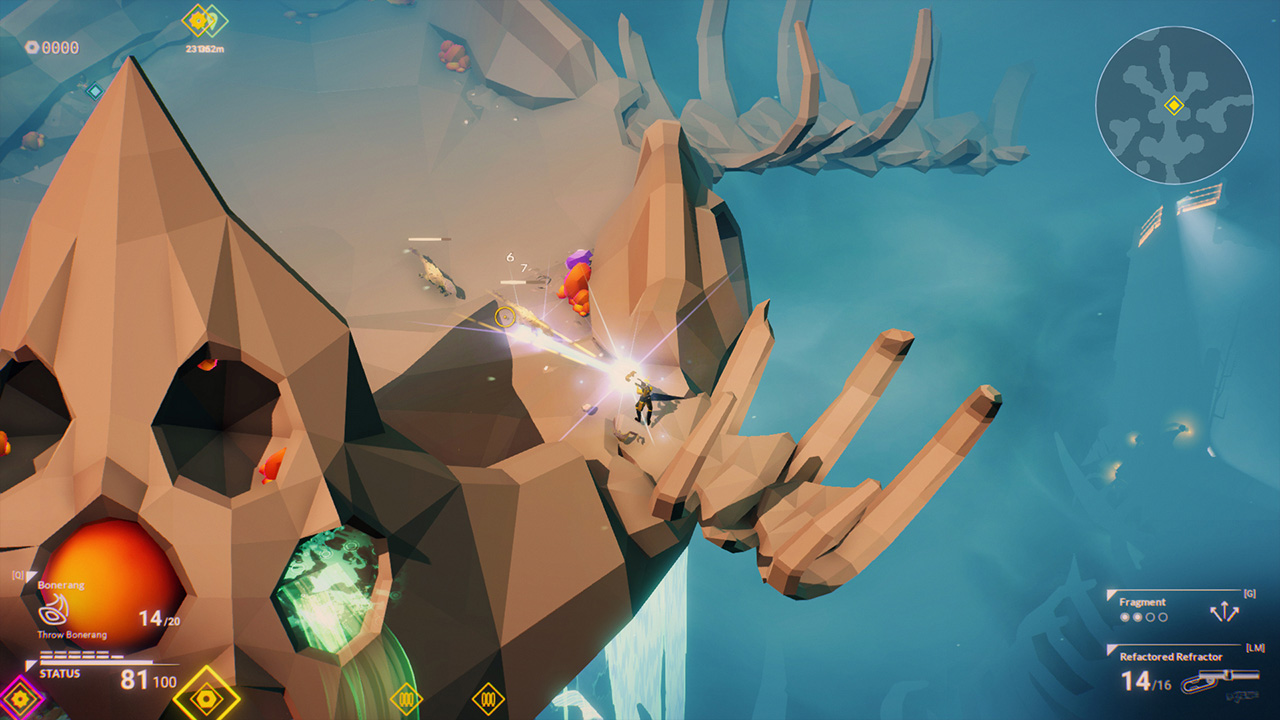 In Beacon you play as interstellar mercenary Freja Akiyama, stuck in an endless search for her distress beacon after crash landing onto an unknown planet. With your Clone Bay stuck in an automatic printing cycle, death is only a minor setback. Each life you’ll not only scavenge for weapons and items to help you; you’ll also be collecting DNA from the enemies you defeat. After your inevitable death you’re given the opportunity to alter your genome, allowing you to change your statistics and gain gameplay-altering physical mutations for your next clone's life.

In the search for your Beacon, new questions arise; just how many clones of Freja are there? How long has she been stuck in an infinite cycle of survival? How much of her humanity will be sacrificed before escaping?

DNA is the core of Beacon’s gameplay loop. Through the use of Freja’s state-of-the-art Clone Bay and DNA dropped by deceased enemies, after death you’re given the opportunity to alter your genetic makeup and change your statistics before your fresh clone is ‘printed’ back at the crash site. Each faction has their own set of unique DNA and Mutations, allowing you to become a battle-hardened mass of metal, a luminous abomination of insect flesh, or anything in between!

The planet you've crashed on is unfamiliar. The only information available is its name – Kovus-18. The rest of the record is blank. It seems that either nothing is known about it, or whatever was known has been scrubbed from the database. Multiple factions populate its surface, each seemingly at war with the others, and all of them hostile to the planet's newest inhabitant… you.

In Beacon, you play as Freja Akiyama. Having grown up in the backwaters of civilised space, Freja always dreamed of adventure. Enrolling in the military at a young age, she quickly discovered both her natural abilities for combat and piloting spacecraft, and her inability to work within the strict regimen of the armed forces. Freja lives and works aboard her ship, the Ouroboros – a single-berth, heavily-modified light spacecraft that boasts state-of-the-art weaponry and facilities.