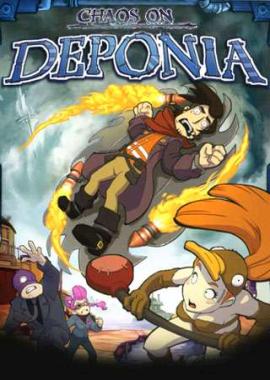 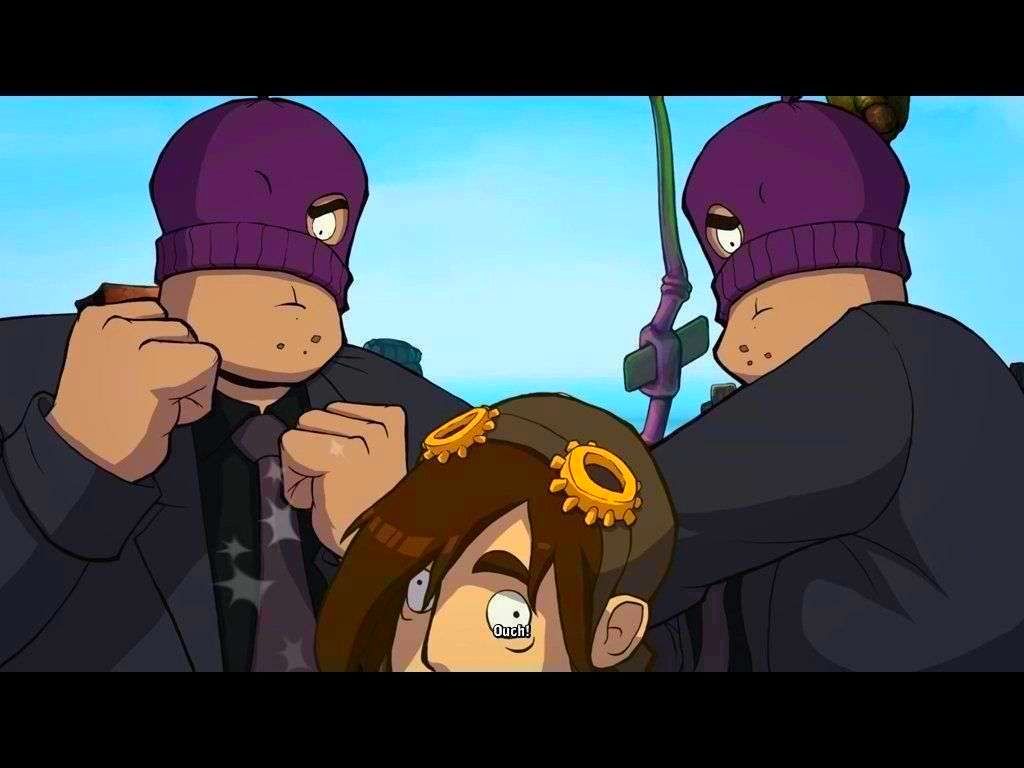 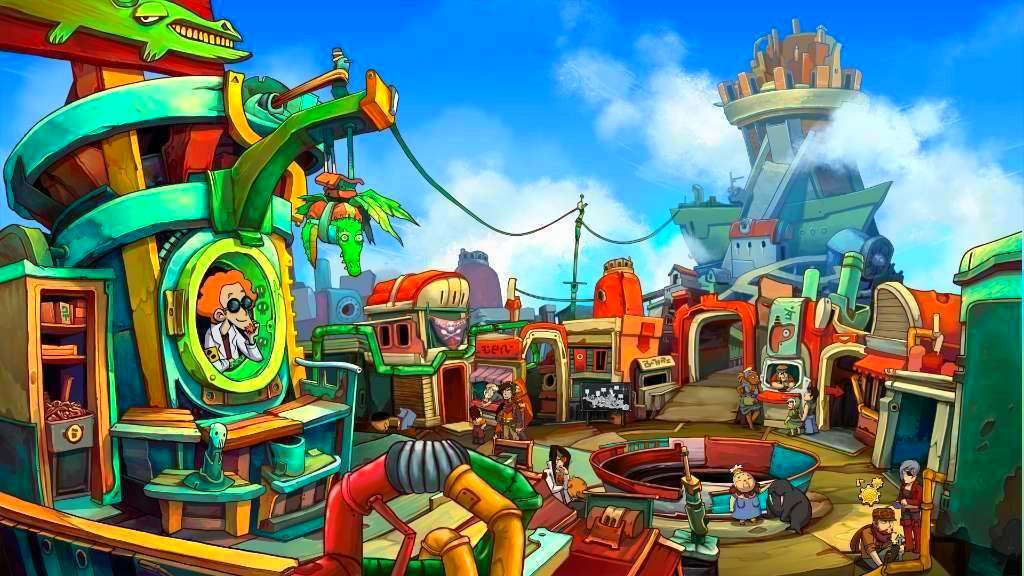 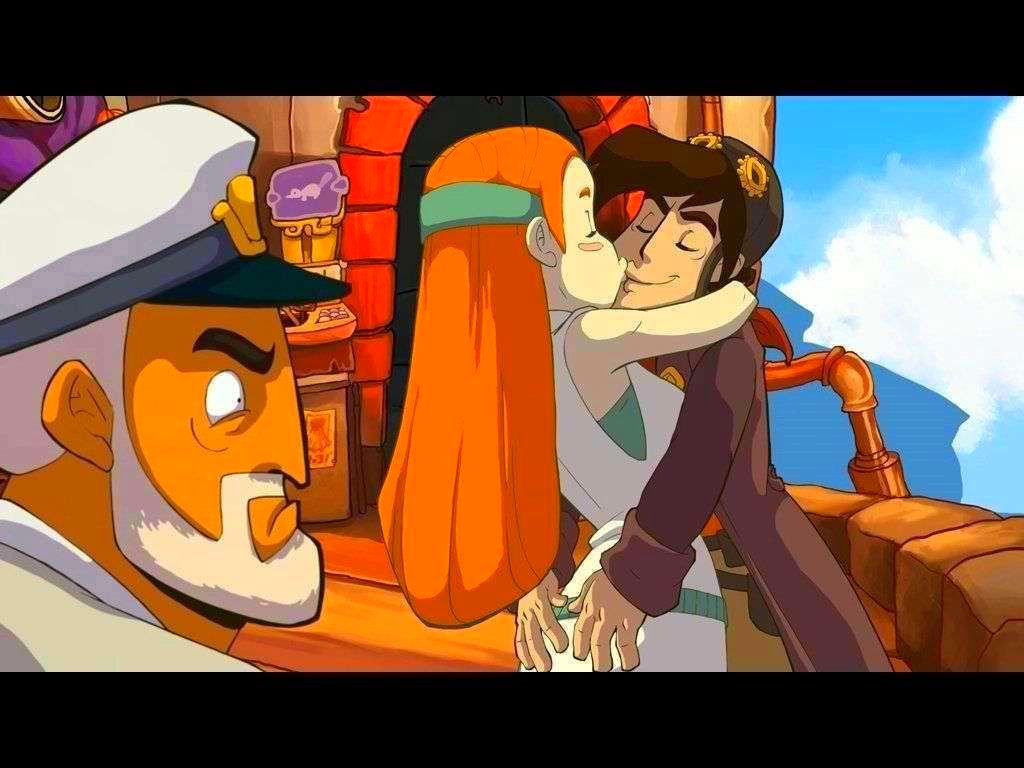 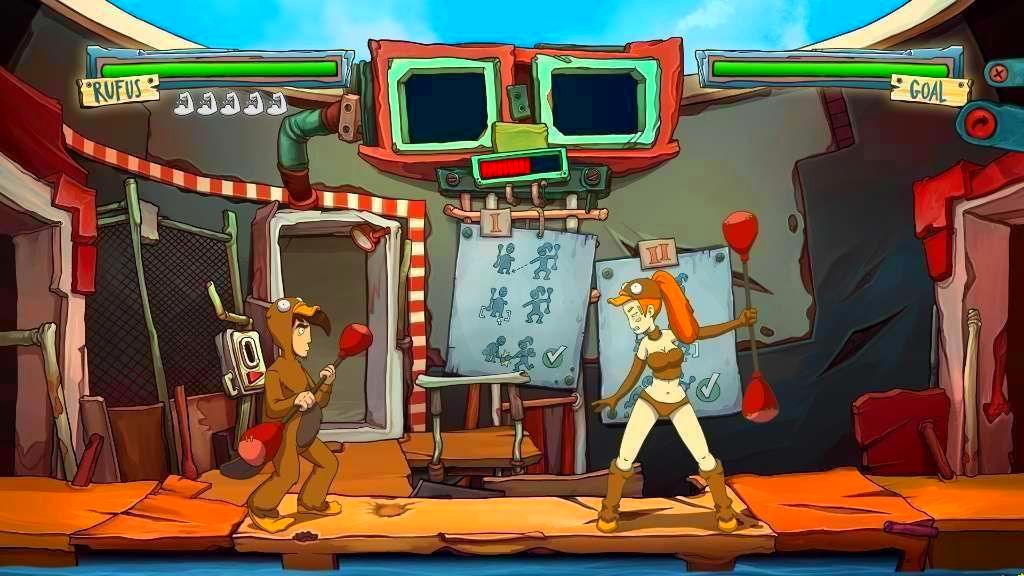 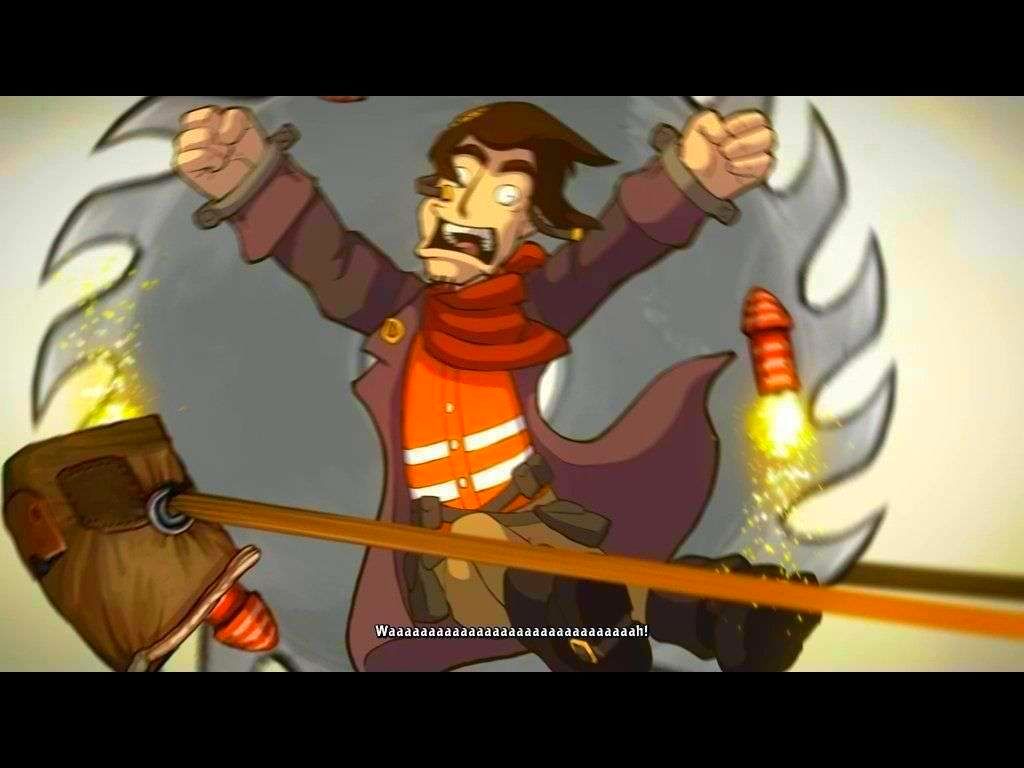 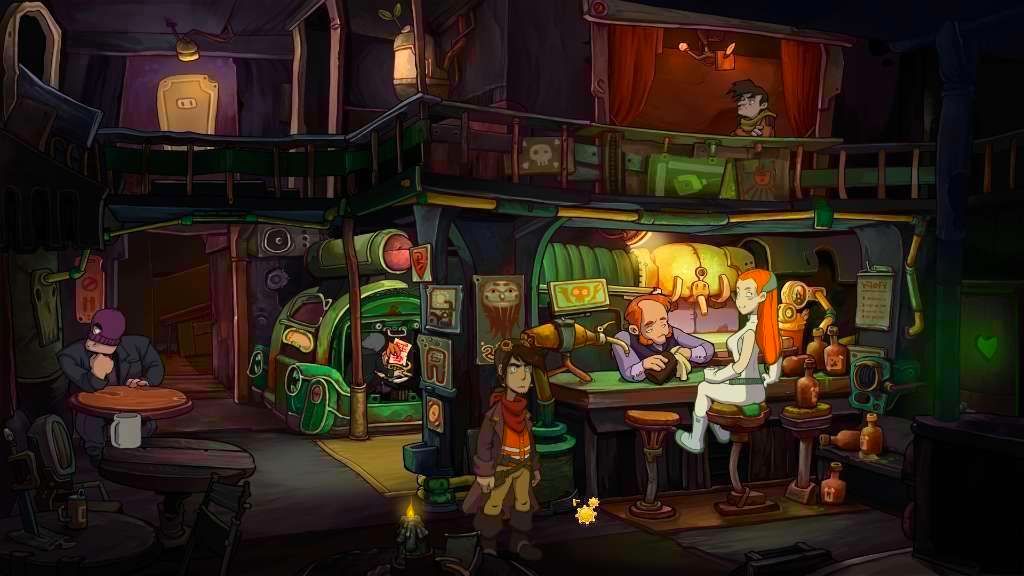 With this long-expected sequel to the critically highly acclaimed and lavishly praised Deponia, the player enters round two. Chaos on Deponia turns out to be even wackier than its predecessor and instantly puts the player under its spell.

After the events on Deponia, it seems that Rufus came to his senses. He's grown prudent, amicable, kind and caring, without any intention to cause major mayhem just to further his own selfish ends. It seems he is far from chaining himself to flaming saw blades, training torpedo-dolphins or foraging through platypus nests. Or is he?

Ultimately it's a flaming saw blade grounding Goal on Deponia again. By accident, her consciousness gets split into three parts and stored to three different discs. Now it's on Rufus once again to convince all three parts of Goal, utilizing his remarkable charming wits, to become one again, venture to Eylsium with her and save Deponia from certain doom while he's at it.