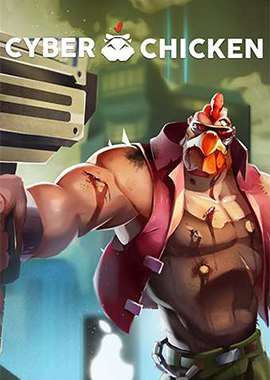 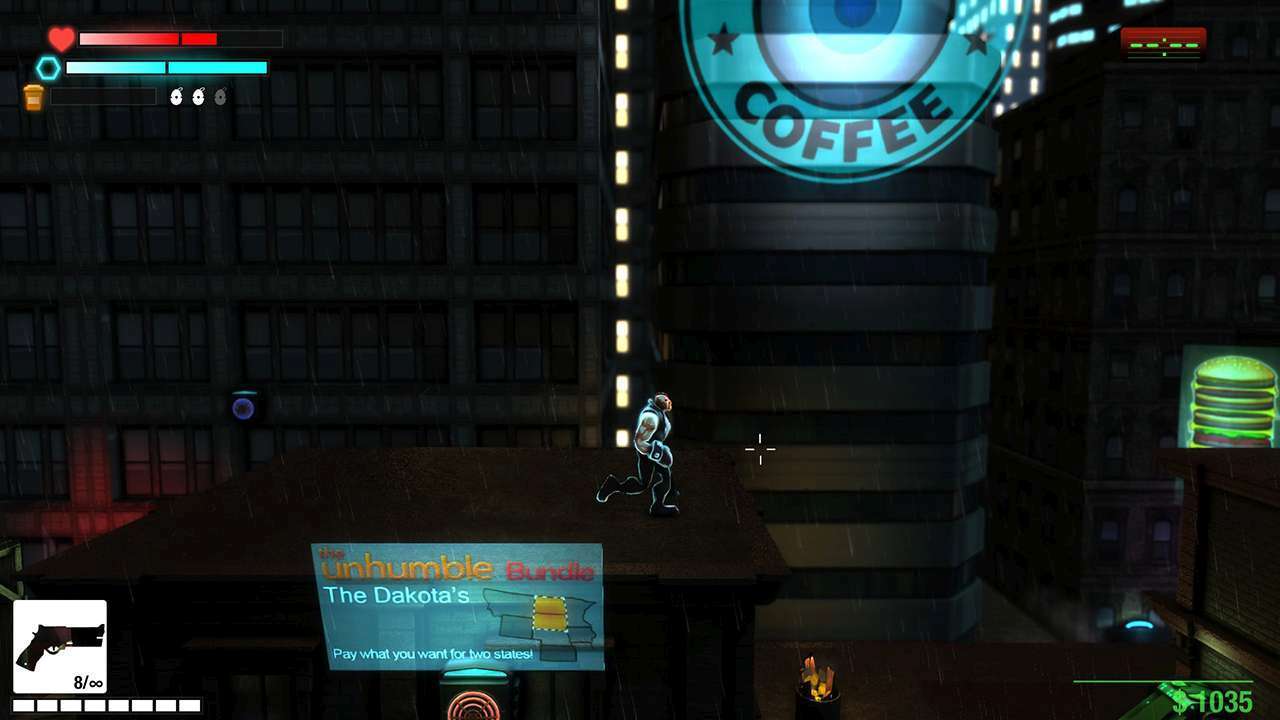 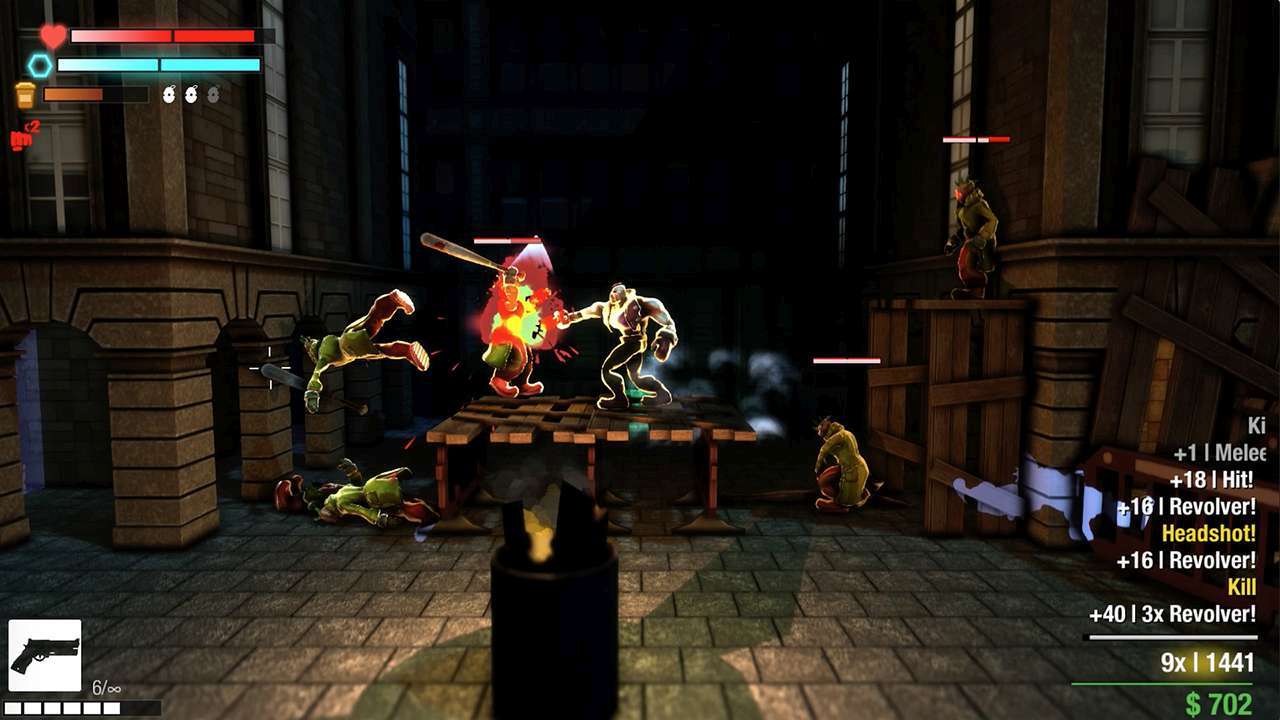 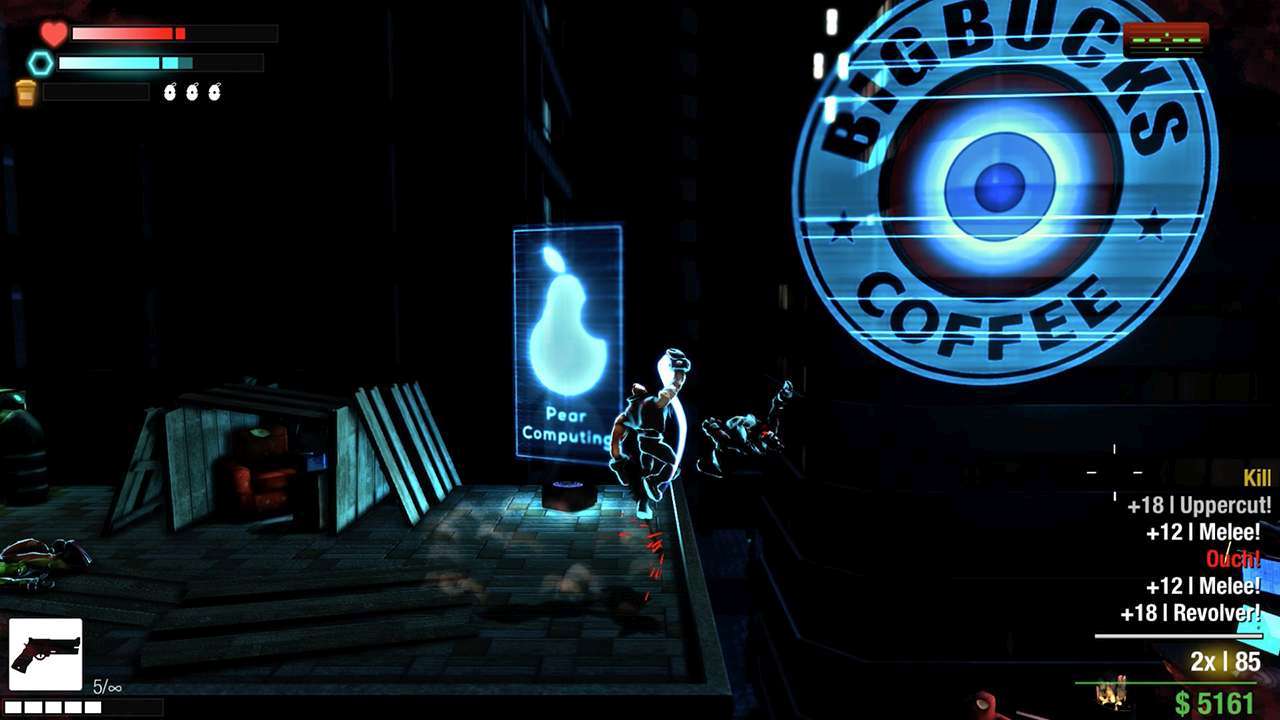 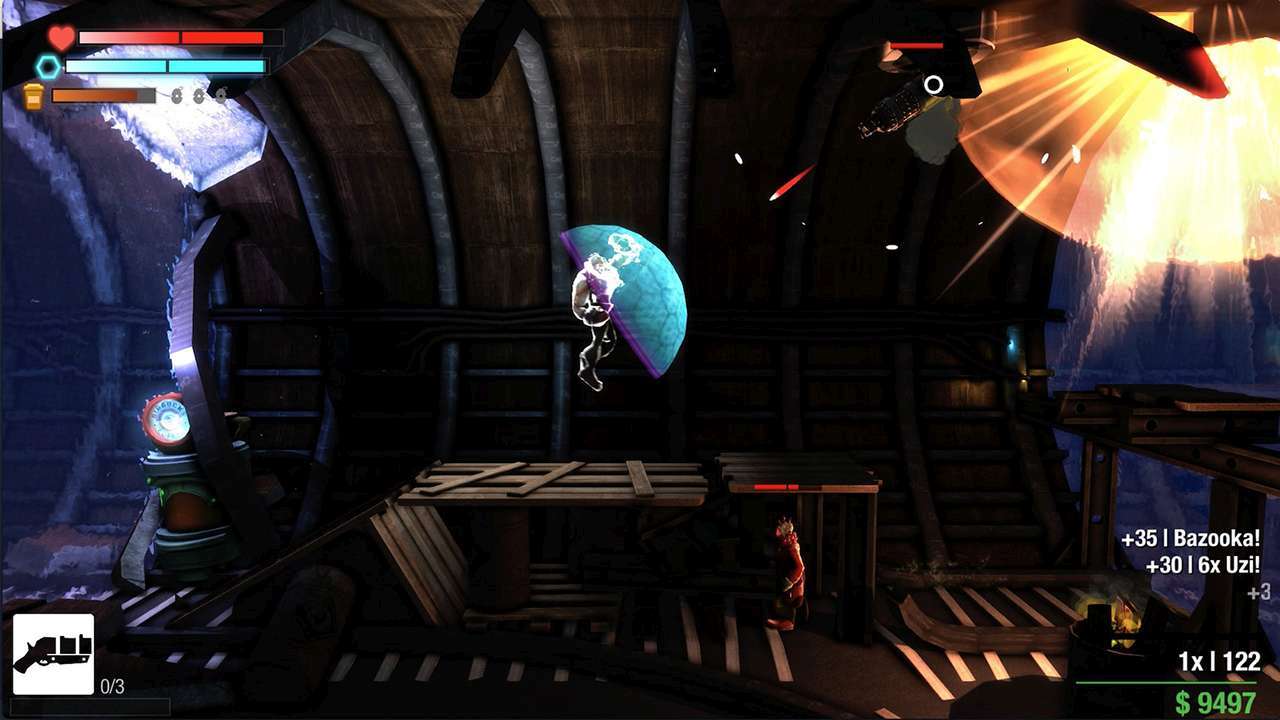 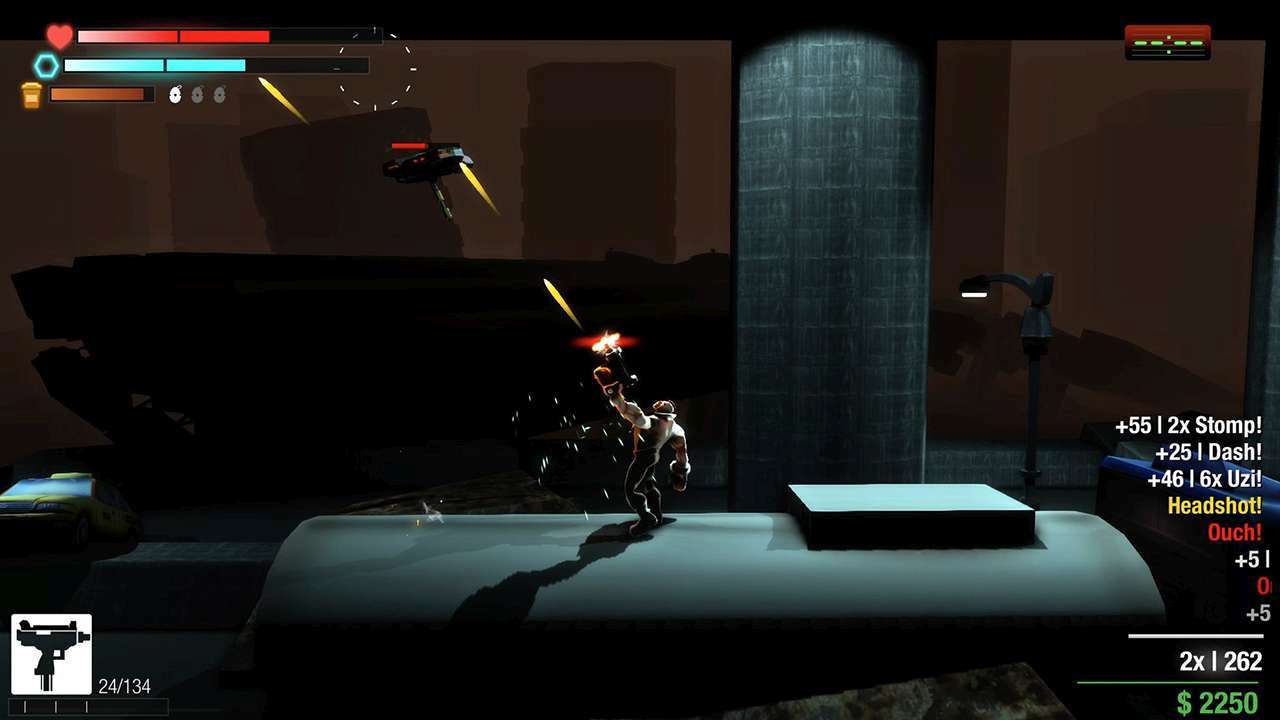 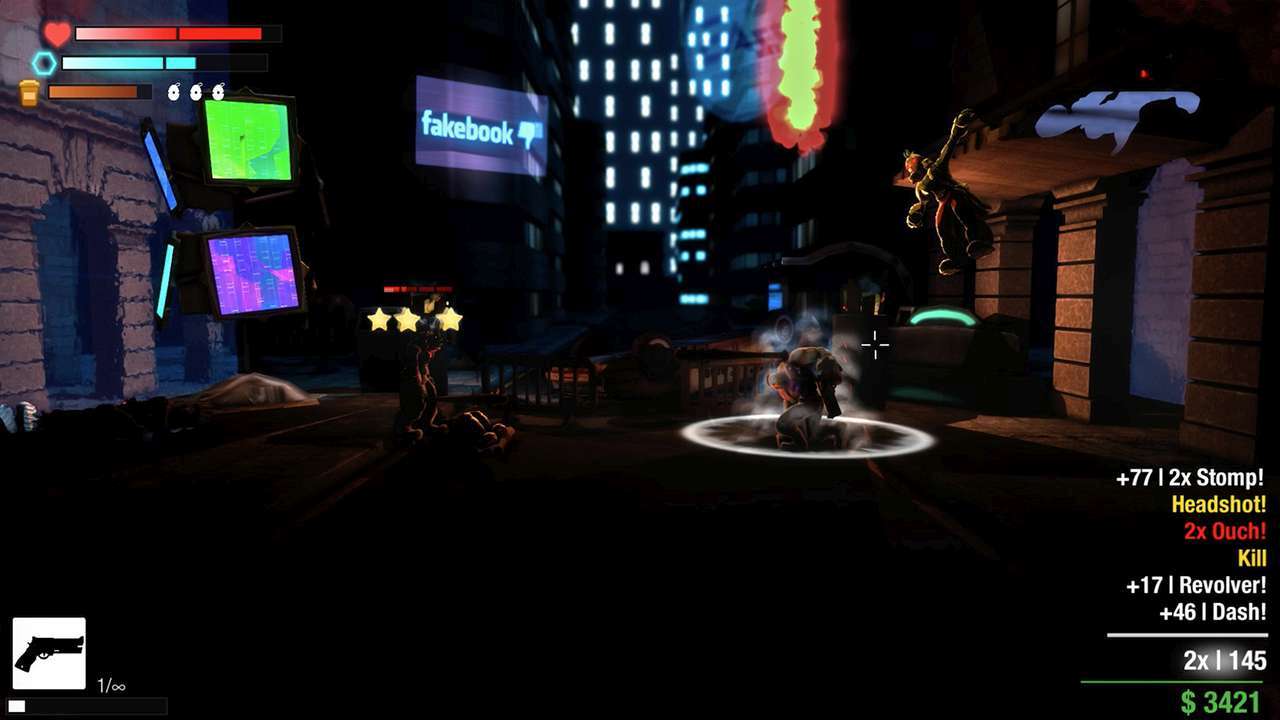 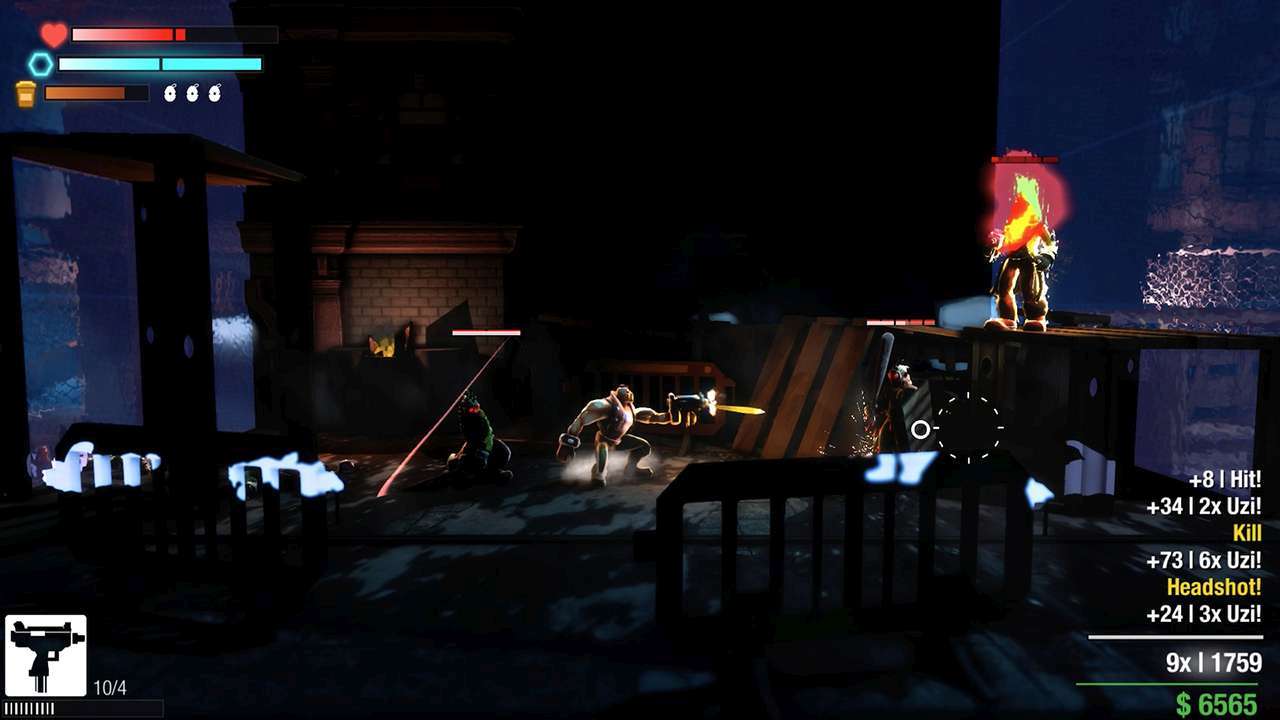 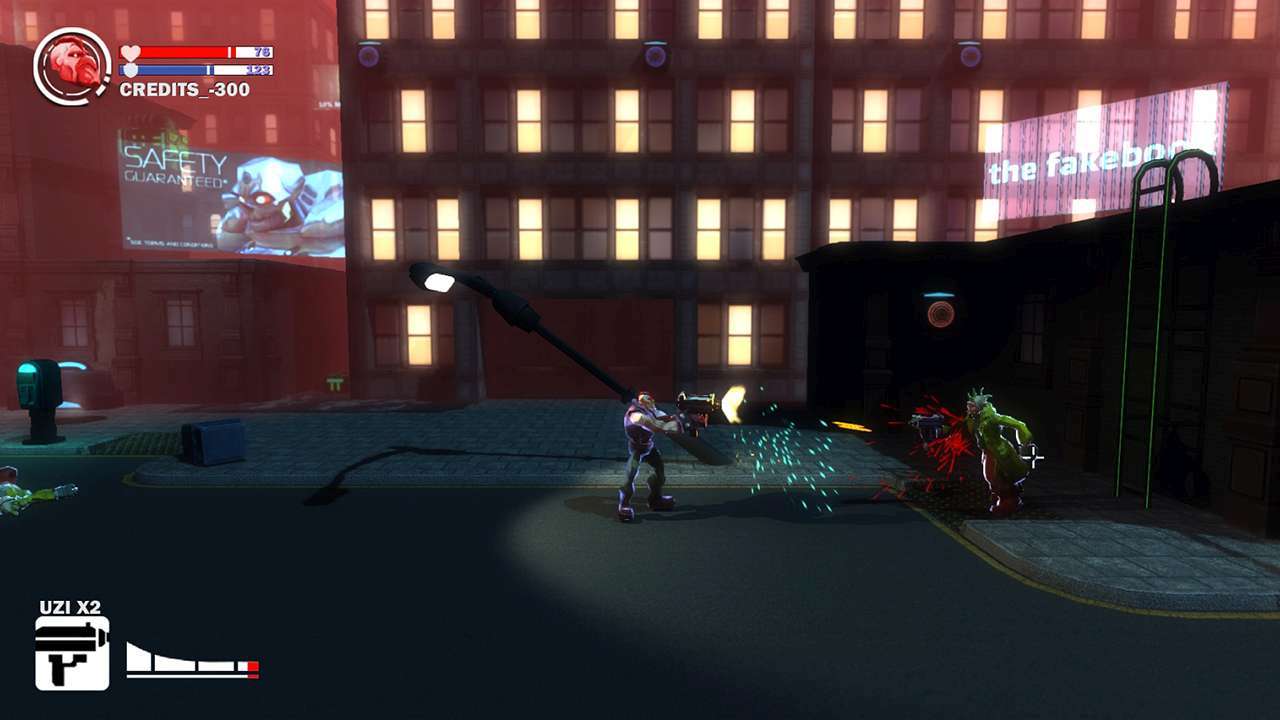 Cyber Chicken is 2.5D side-scrolling, rollicking adventure featuring 8', 375 pounds of cybernetic poultry as a futuristic killing machine on a quixotic mission to save the World from itself. A satirical romp across pop culture and modern life, the comic-book styled game features weapon-based gameplay, platforming elements and puzzles in a metrovania-designed World.

The story follows Cyber Chicken as he sets out to suppress a cyberpunk revolt in the dystopian New York City of the future. Cyber Chicken soon realizes he's been played the fool and must confront intergalactic forces spanning dimensions of time. From his mayhem-laced adventures into modern day New York City, Cyber Chicken reveals a grand conspiracy involving the likes of Big Bucks Coffee, The Fakebook and the intergalactic leader himself, GW!

Though humor is at the core, the experience is layered with rich and varied influences from literary, film, comic and video game classics, including Don Quixote, Brave New World, Terminator, Blade Runner, Batman, Duke Nukem and Super Metroid.