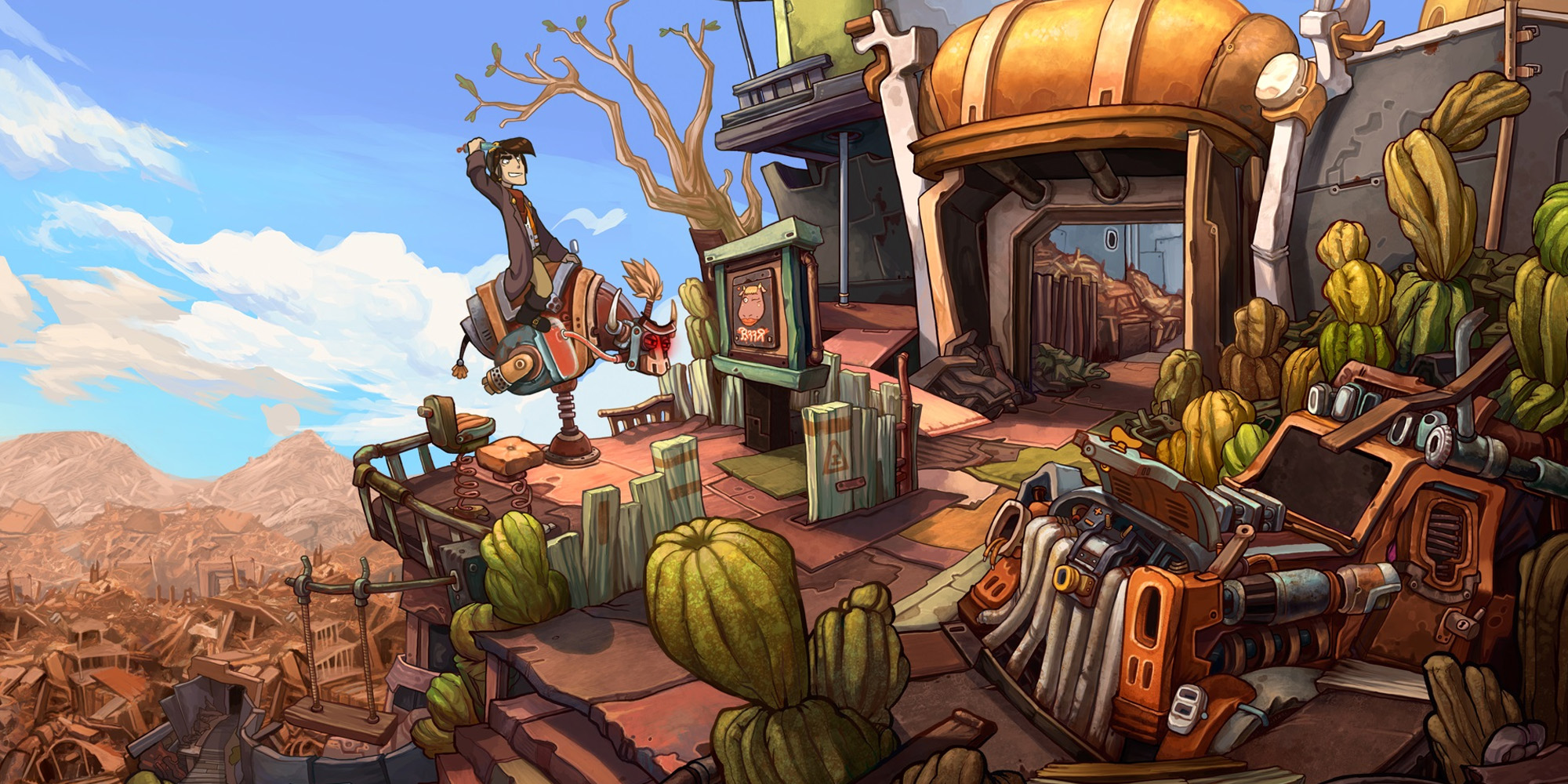 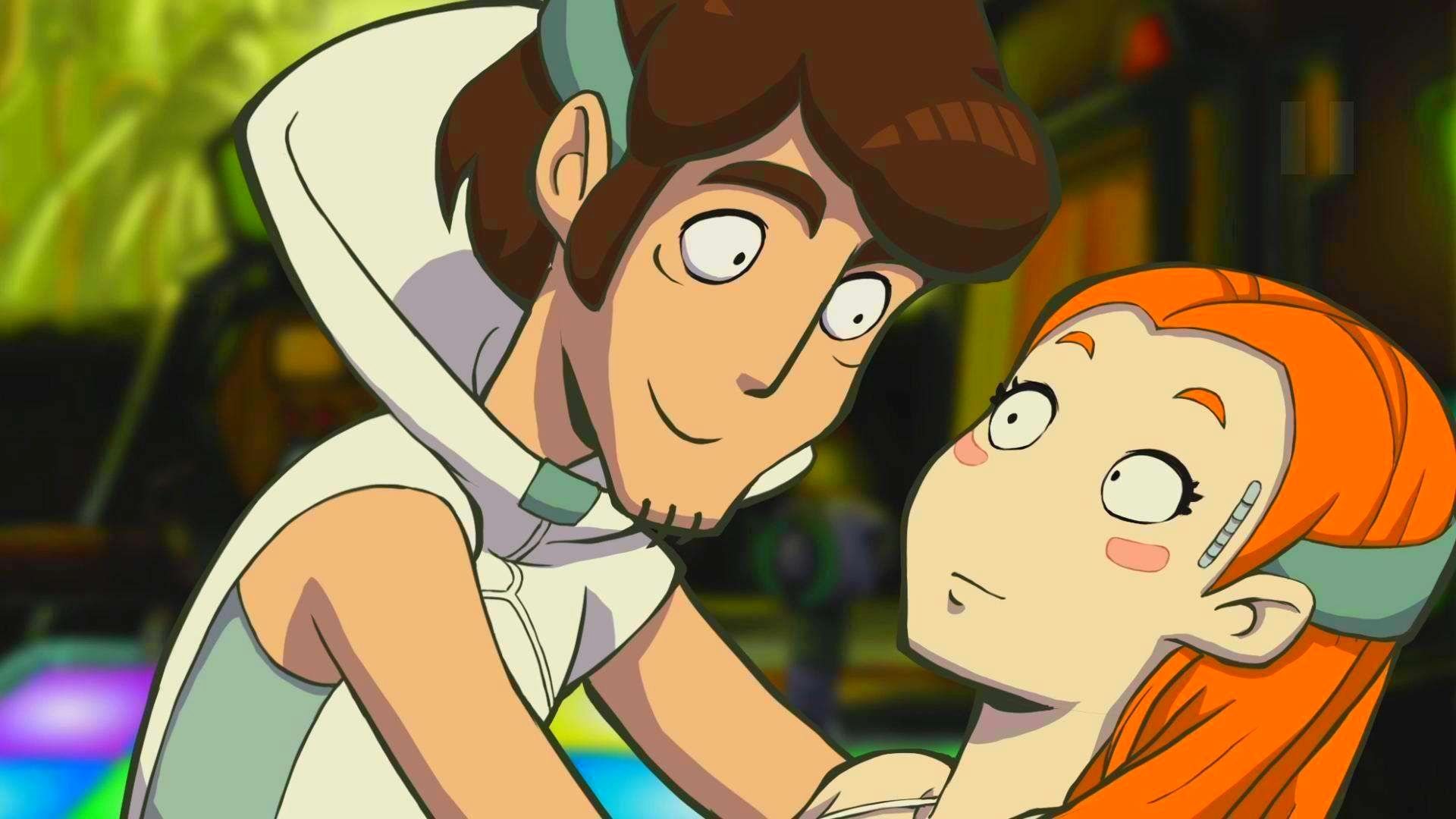 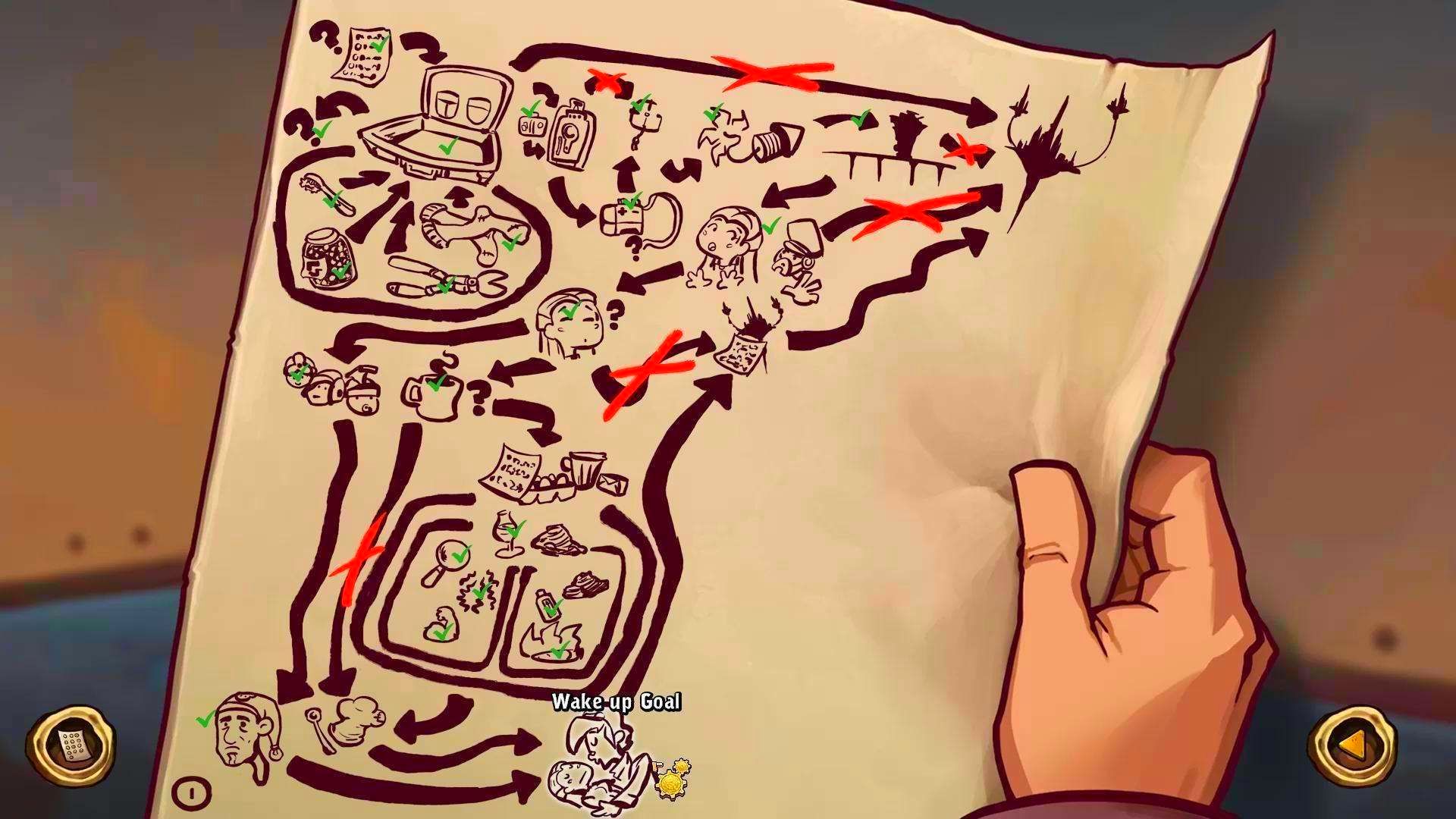 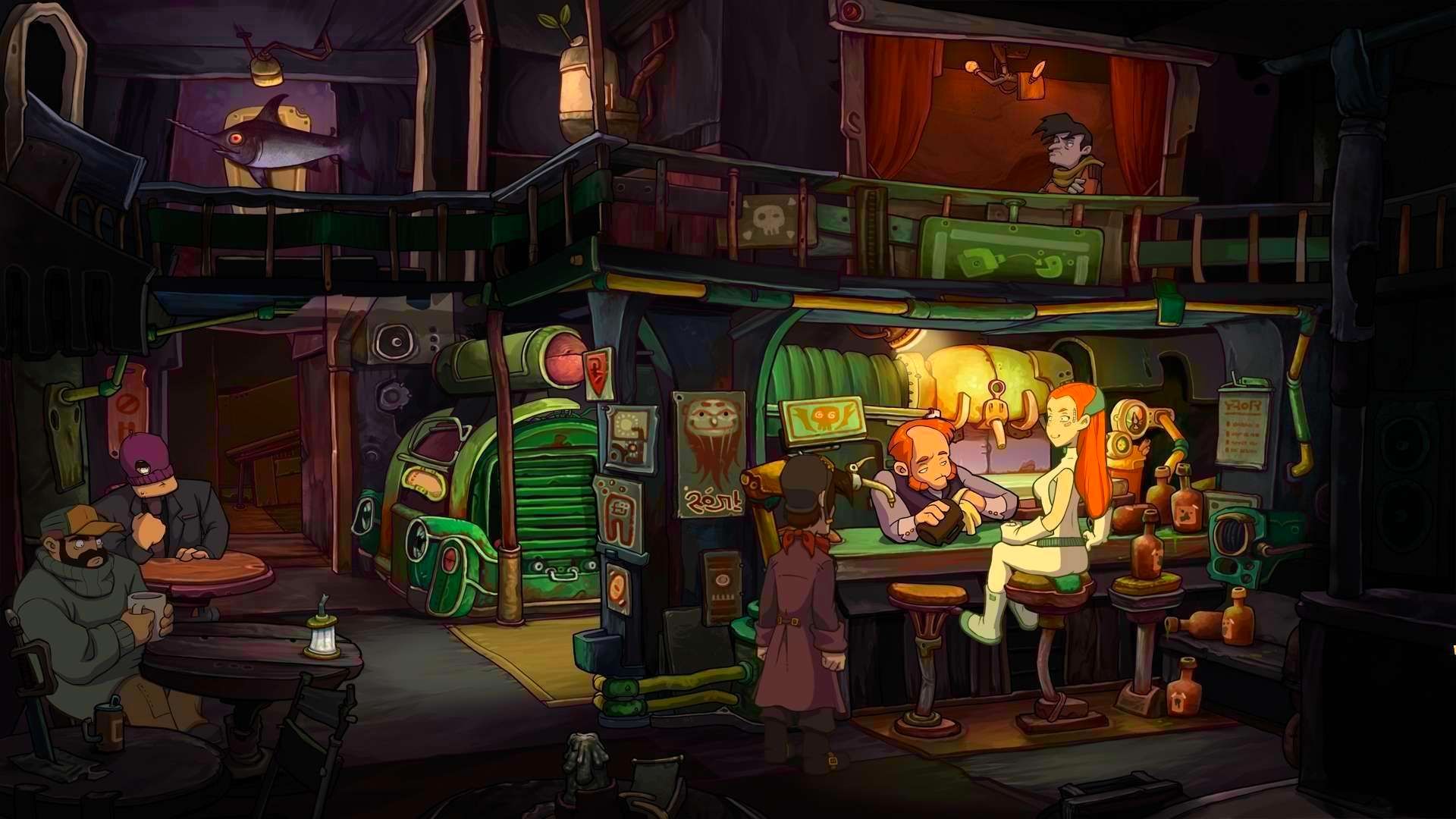 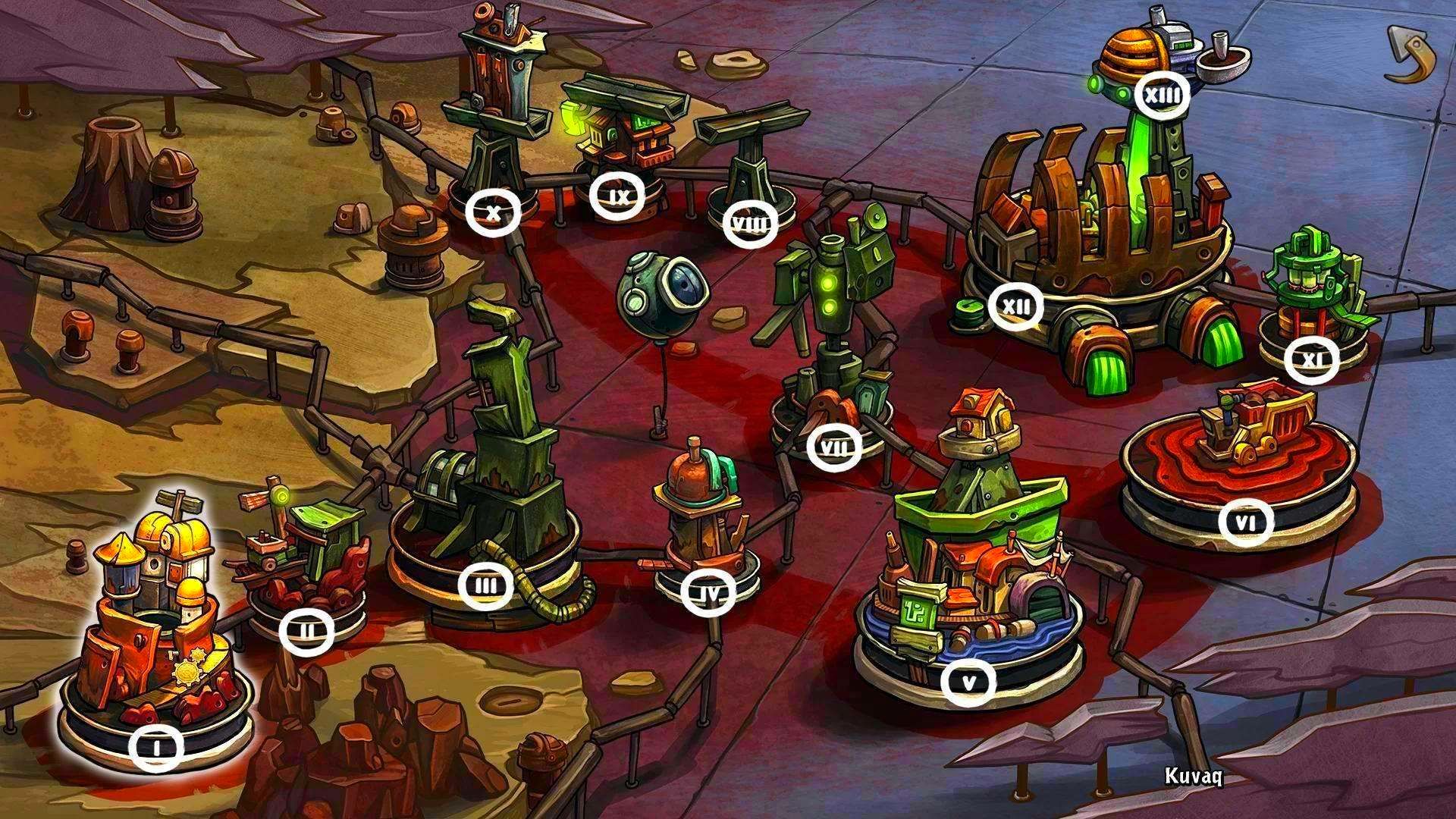 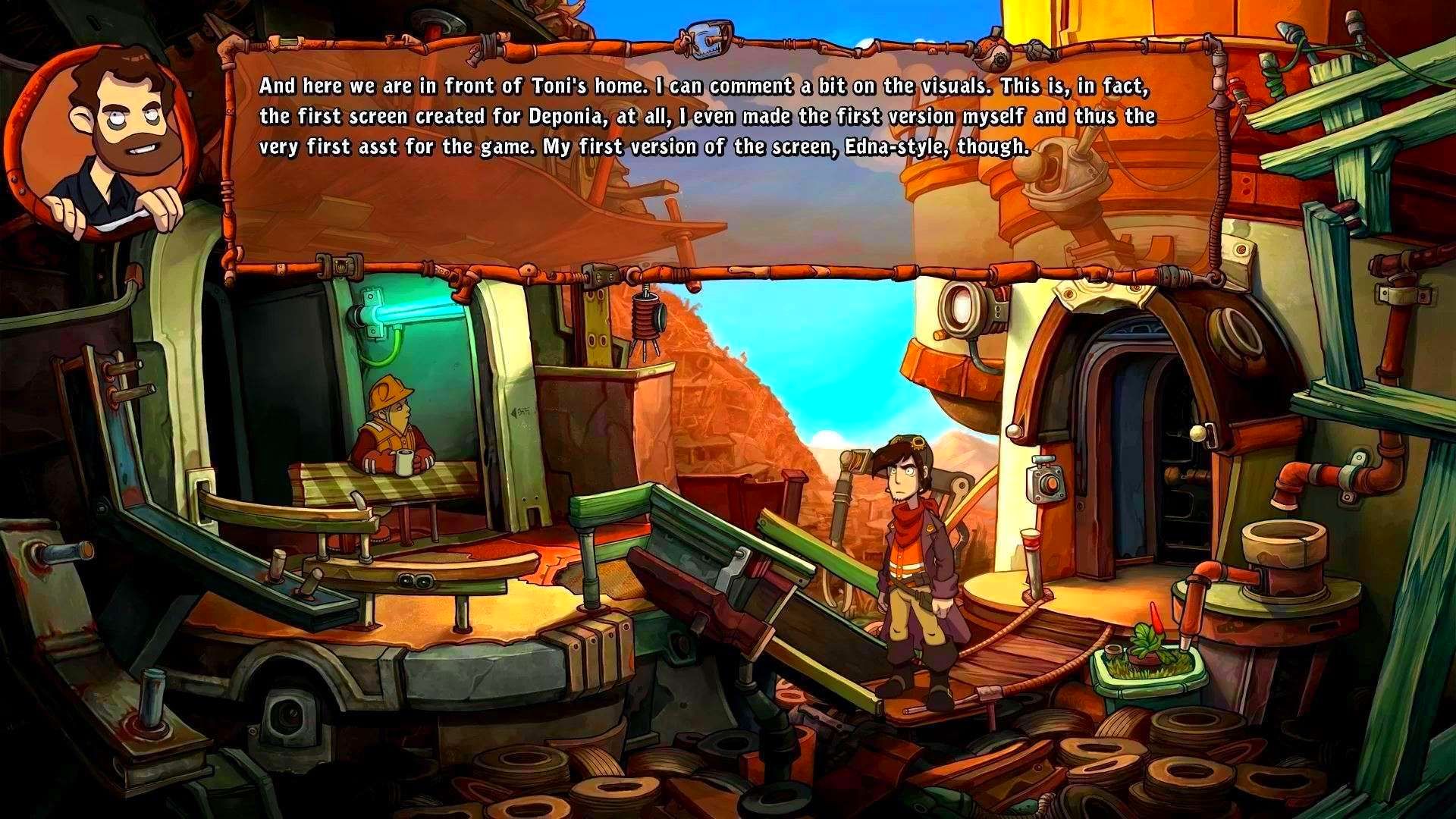 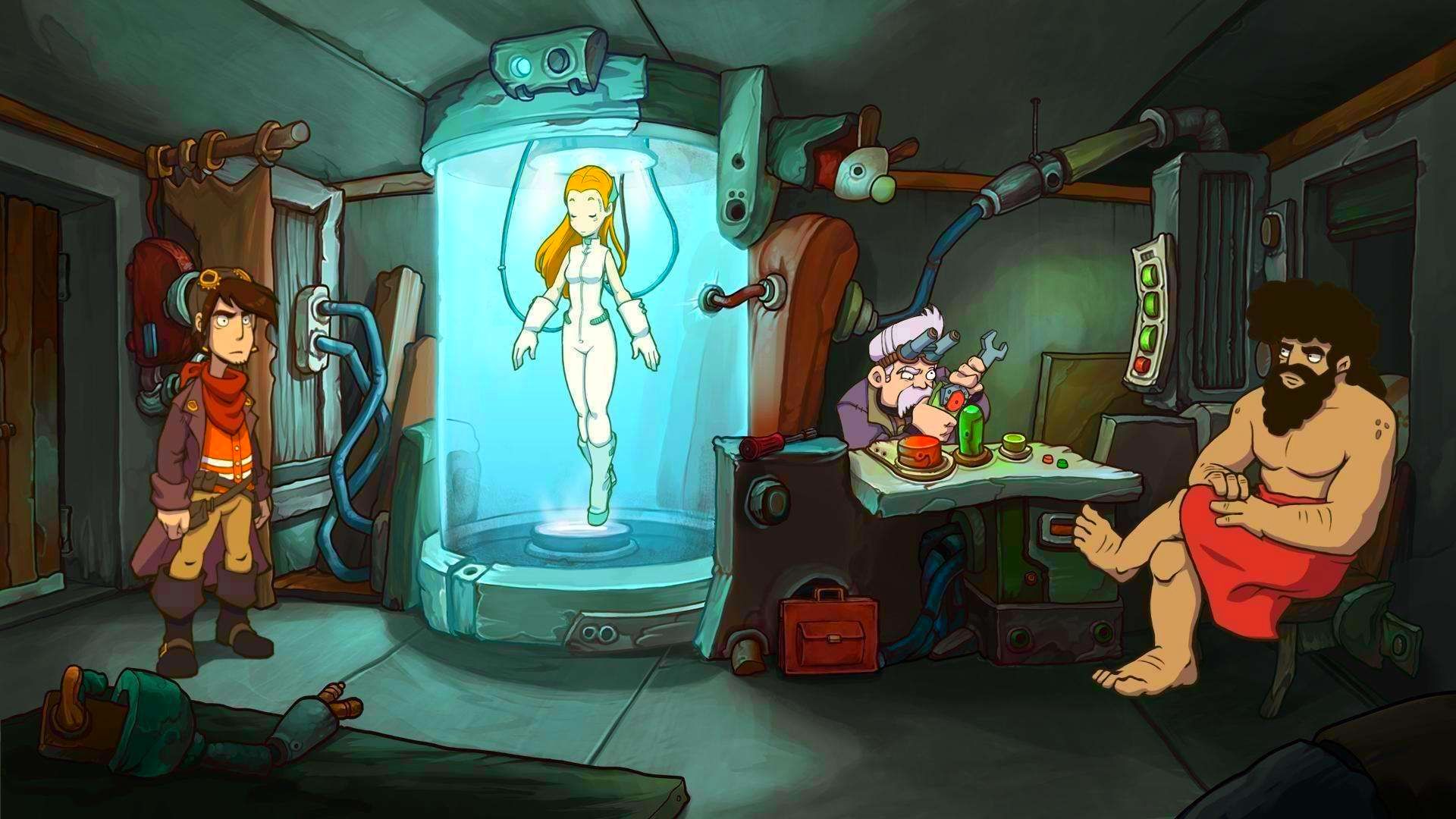 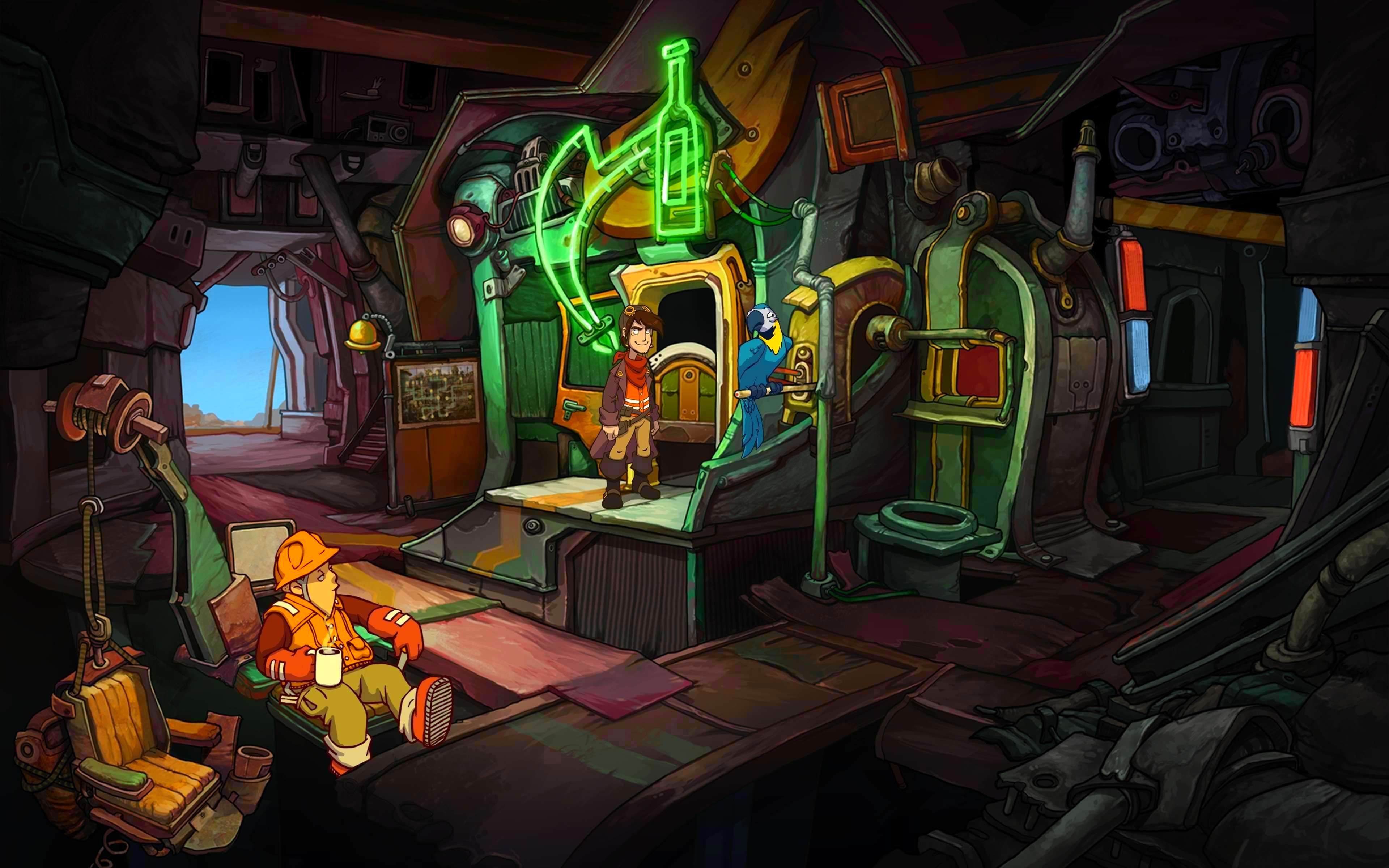 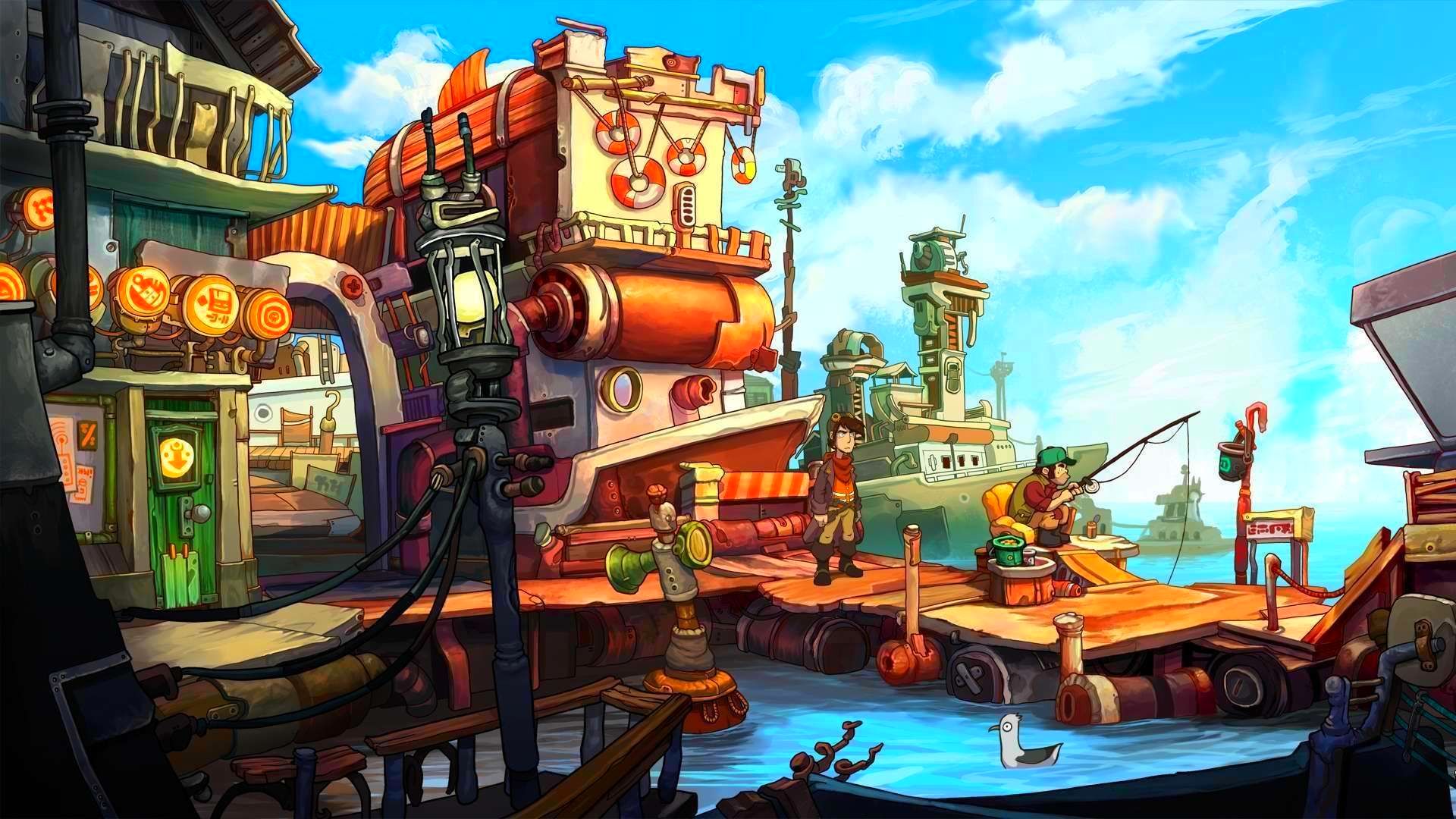 Junk, junk and even more junk. Life on the trash-planet Deponia is anything but a walk in the park. No surprise that Rufus had enough of that and hatches one ludicrous plan after the other to escape this bleak place.

When Rufus, on one of his attempts to leave Deponia behind, meets Goal, he not only falls madly in love with the beautiful girl from Elysium; he also accidentally shoves her right off her comfortable star cruiser and down to the desolate trash-planet. This accident kindles a new, brilliant plan: he needs to get Goal back to the floating city of Elysium – and while he's on it, he can also impersonate her sleazy fiance Cletus, who is the spitting image of Rufus for some reason. And thus, an exciting adventure begins...

Showered in top-scores and awards, the Deponia-Trilogy, created by the developers of Edna&Harvey: The Breakout, The Whispered World and Memoria, managed to reach cult-status almost instantly. Thanks to its exciting story, likeable characters and hilarious dialogues and a finely crafted mixture of comedy and puzzles, Deponia is enjoyable for both, young and old. Join Rufus on his thrilling journeys, for the first time in a complete edition with many new features, that will not only be a blast for hardcore adventure fans, but also those new to the genre.