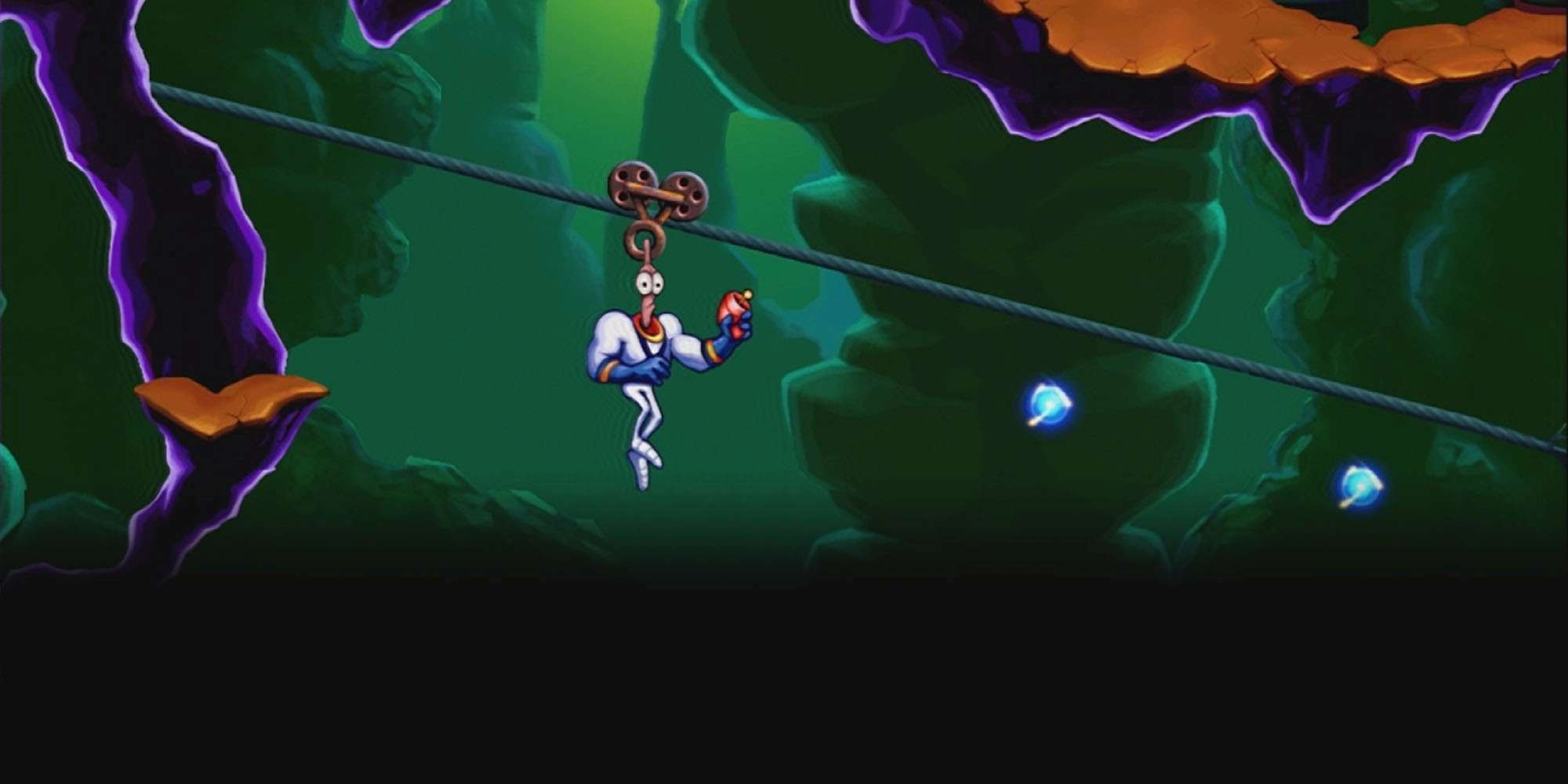 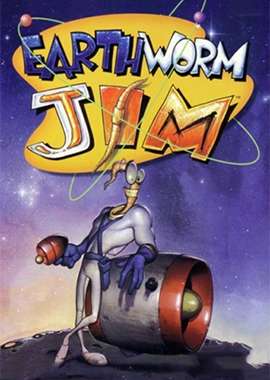 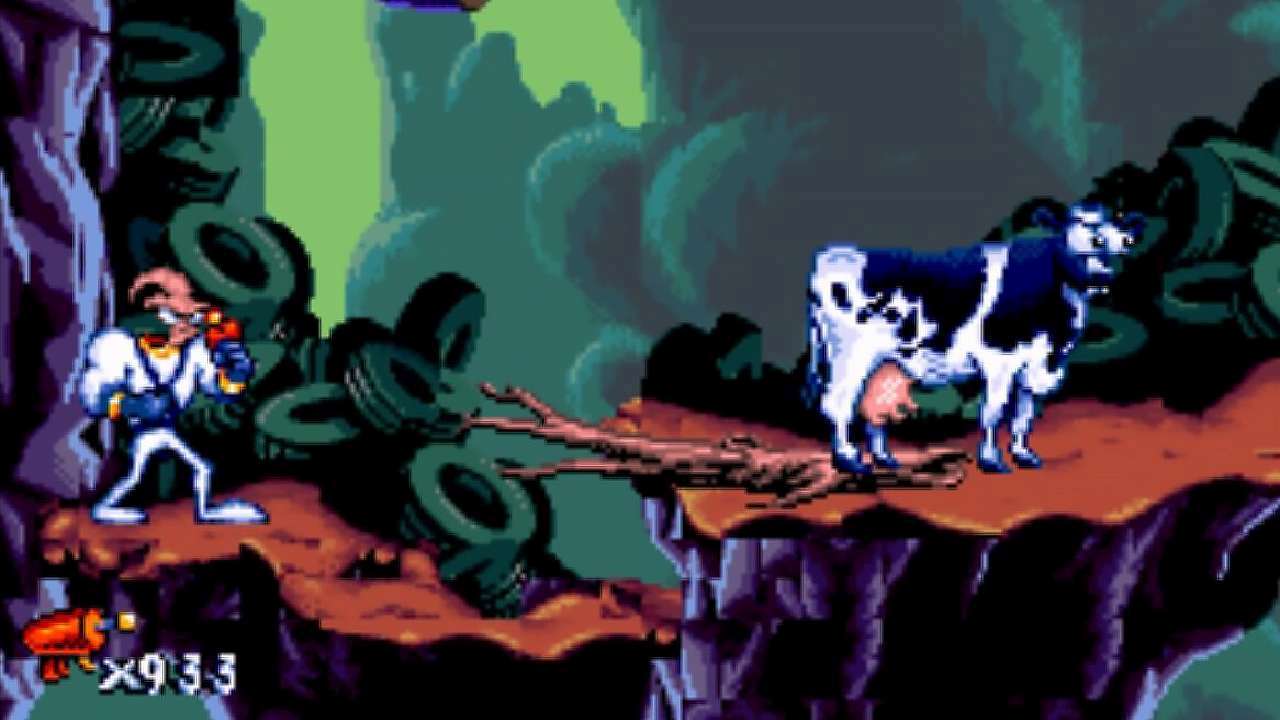 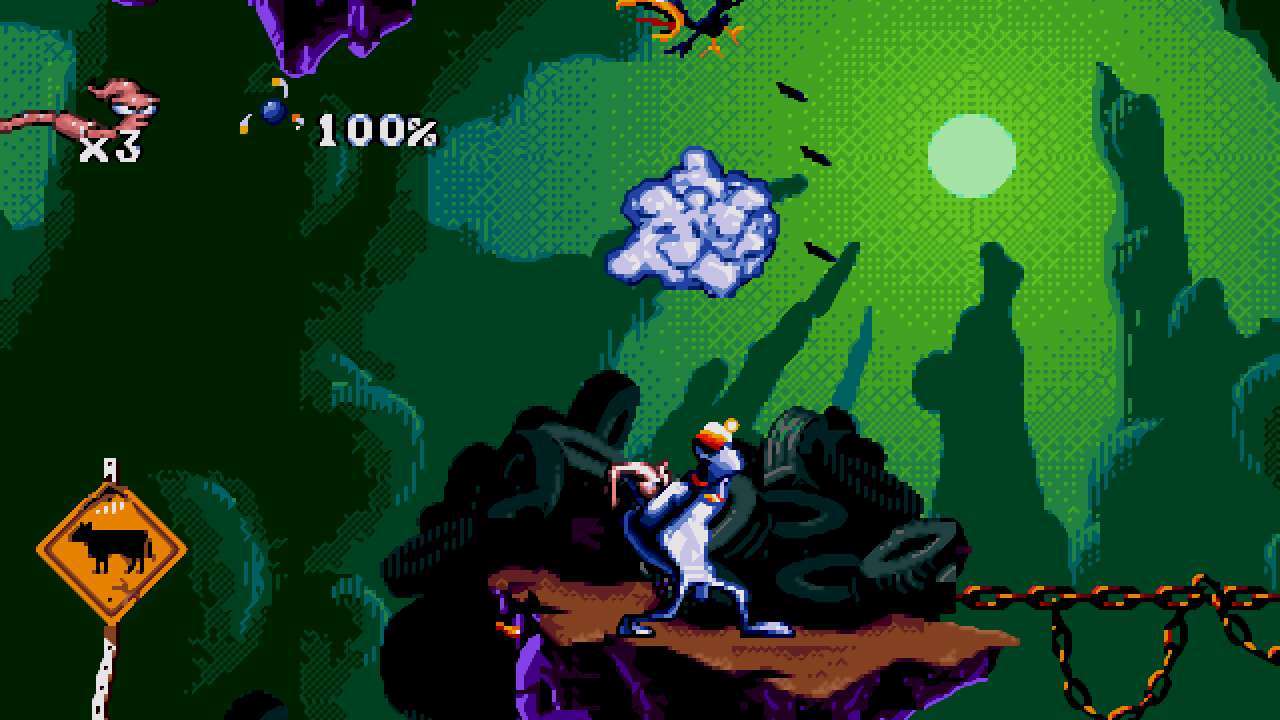 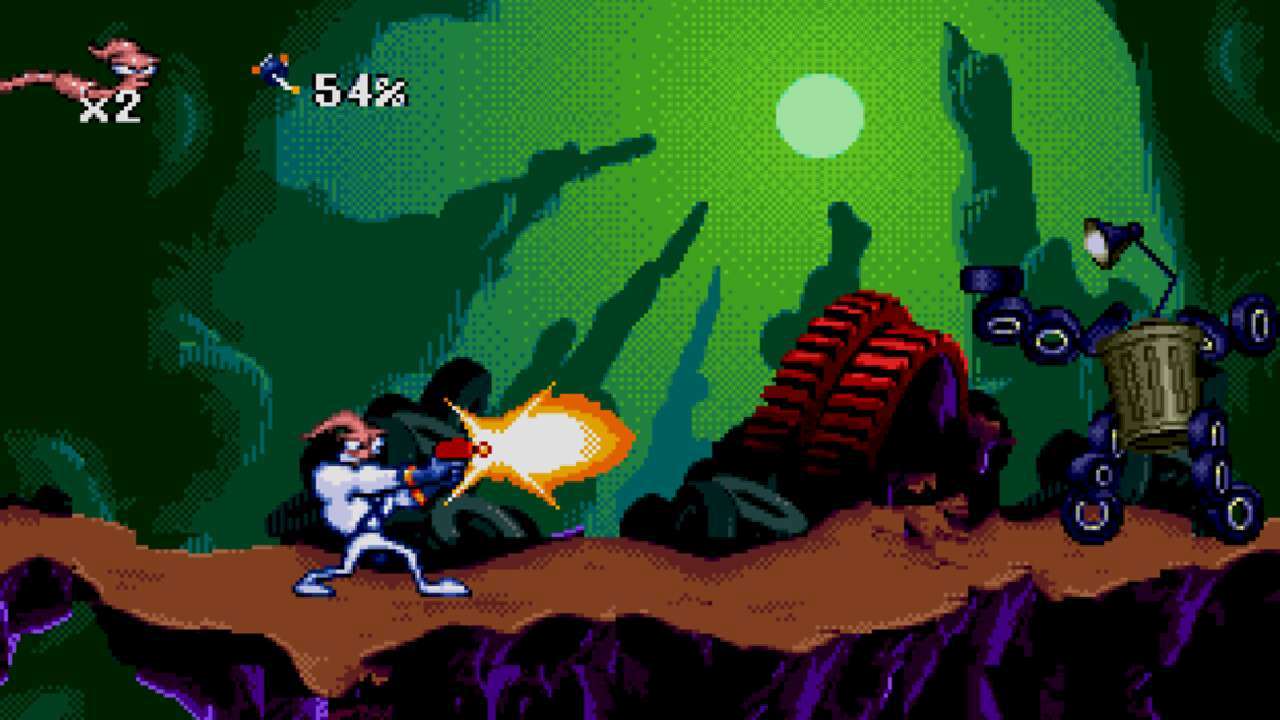 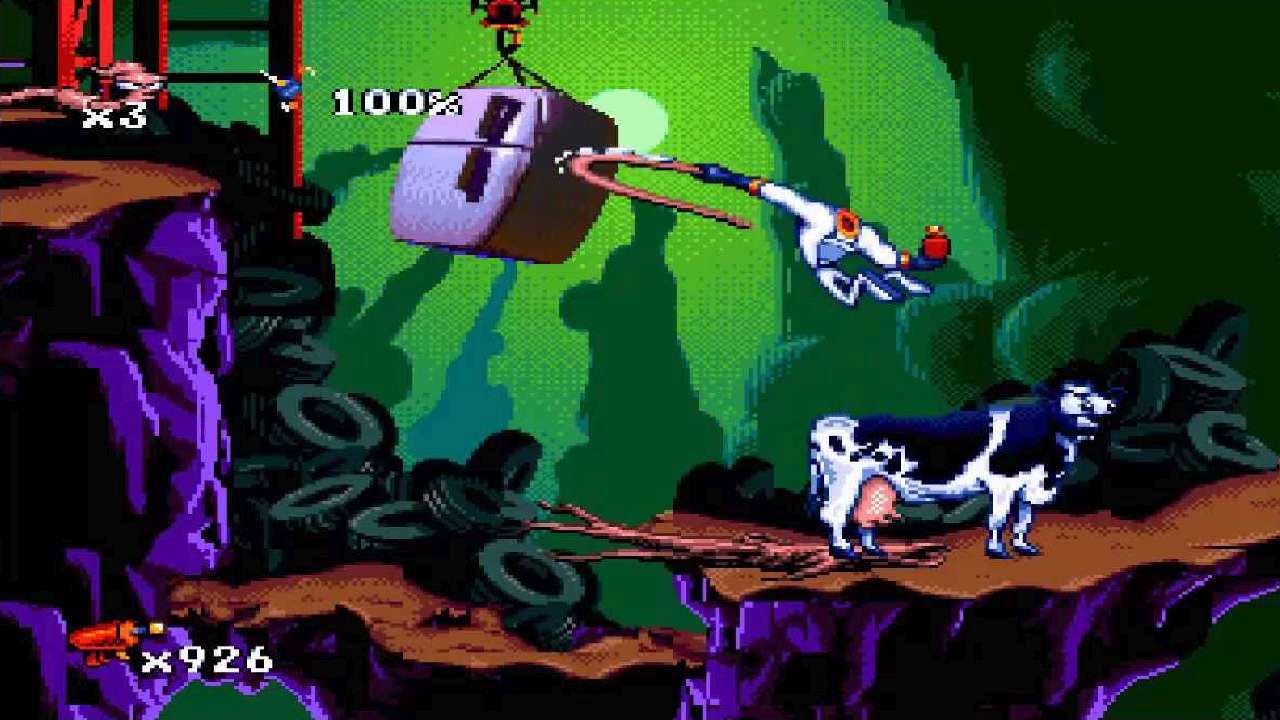 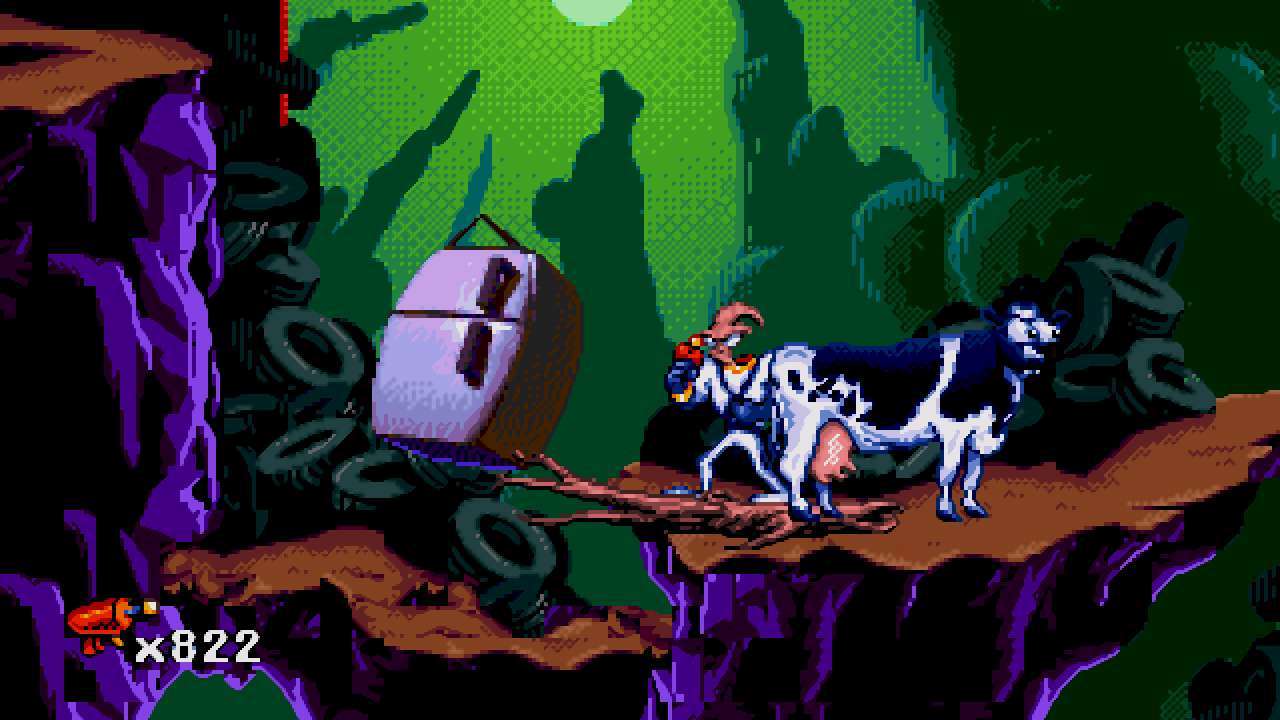 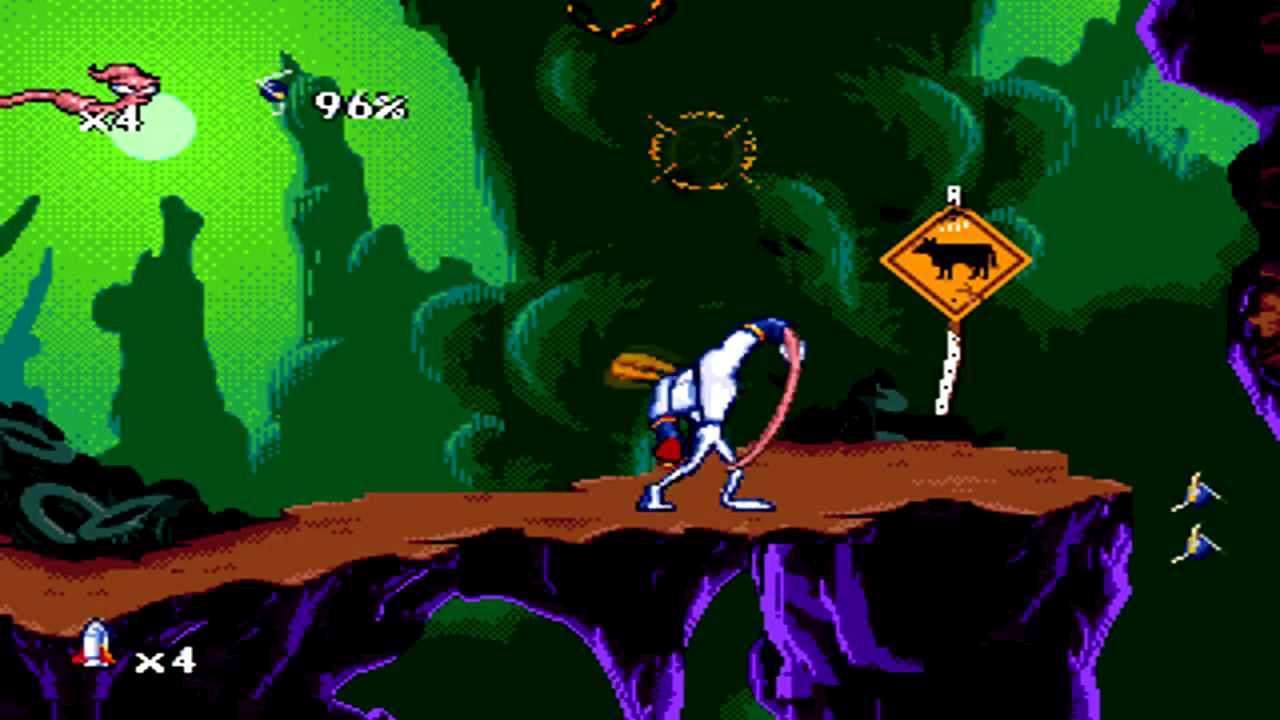 Jim wasn't always a studly super-worm. He was once just a spineless, dirt-eater with no real mission in his life...

But then something unexpected happened. The evil Psy-Crow was transporting a super suit, built by the genius Professor Monkey-For-A-Head, to Queen Pulsating, Bloated, Festering, Sweaty, Pus-Filled, Malformed, Slug-For-A-Butt, but along the way it was stolen by a rebel. Although Psy-Crow killed the rebel, the suit fell down to Earth, landing on an Earth Worm. That cosmic twist of fate placed Jim in control of an ultra-high-tech-indestructible-super-space-cyber-suit.

Anyway, Earthworm Jim found out that Princess What's-Her-Name had been captured and set out to save her. Meanwhile, there's a bounty on Jimmy and plenty of people are in line to take Queen Slug-For-A-Butt up on her offer.

Now Jim must make it to the princess and stay clear of Psy-Crow, the intergalactic bounty hunter, until the final battle with Queen Slug-For-A-Butt. To accomplish this, you'll have to use every weapon and ability at your disposal to wriggle your way through dozens of original and just plain weird levels.