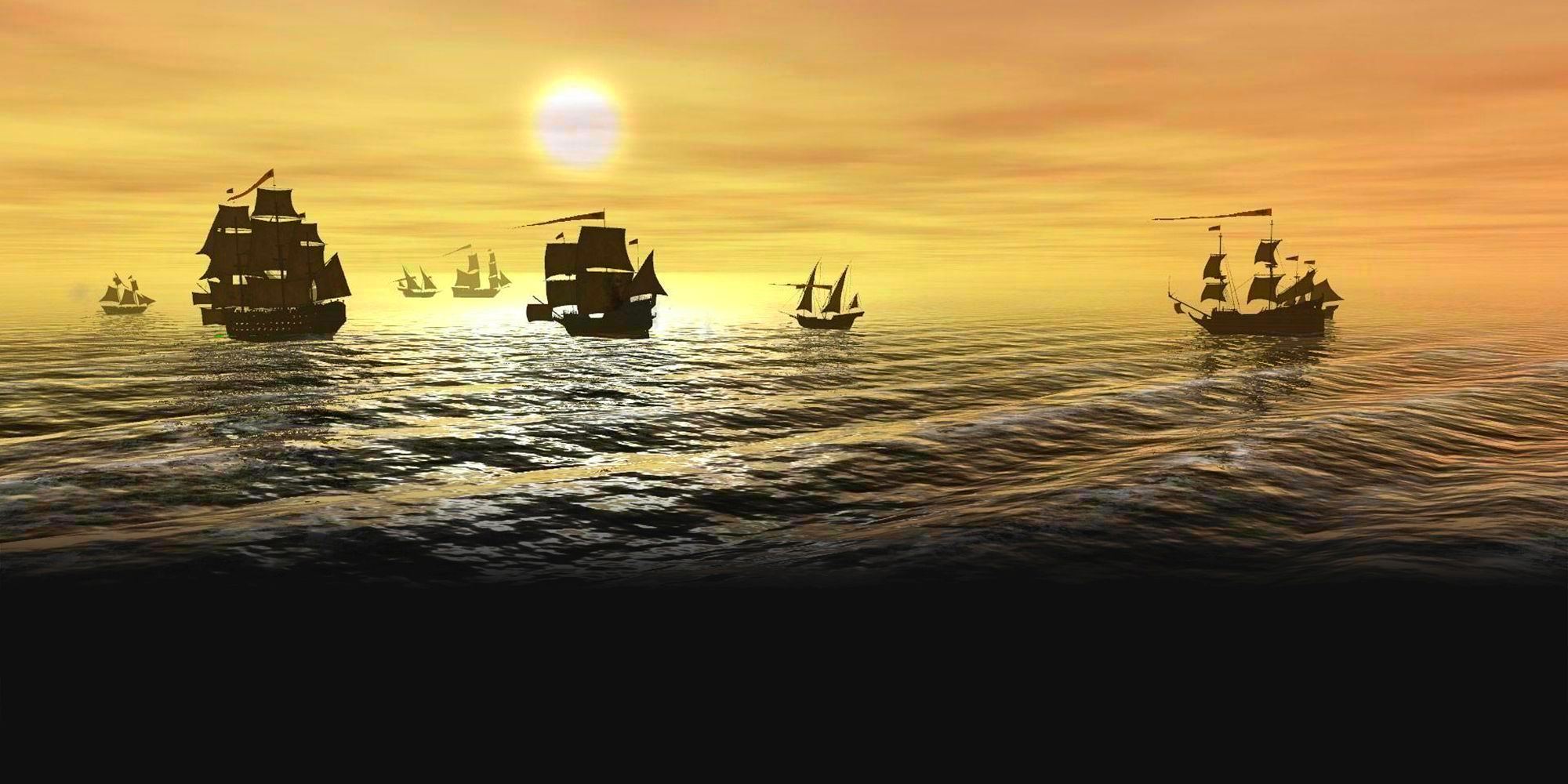 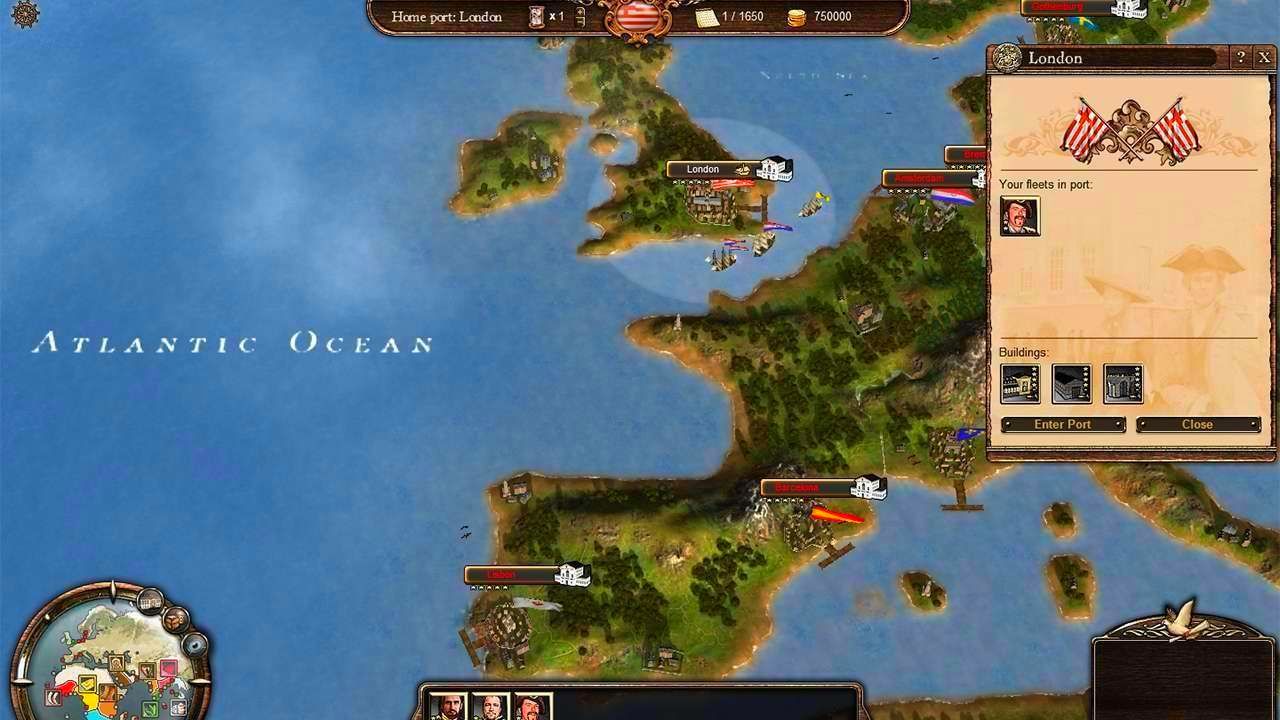 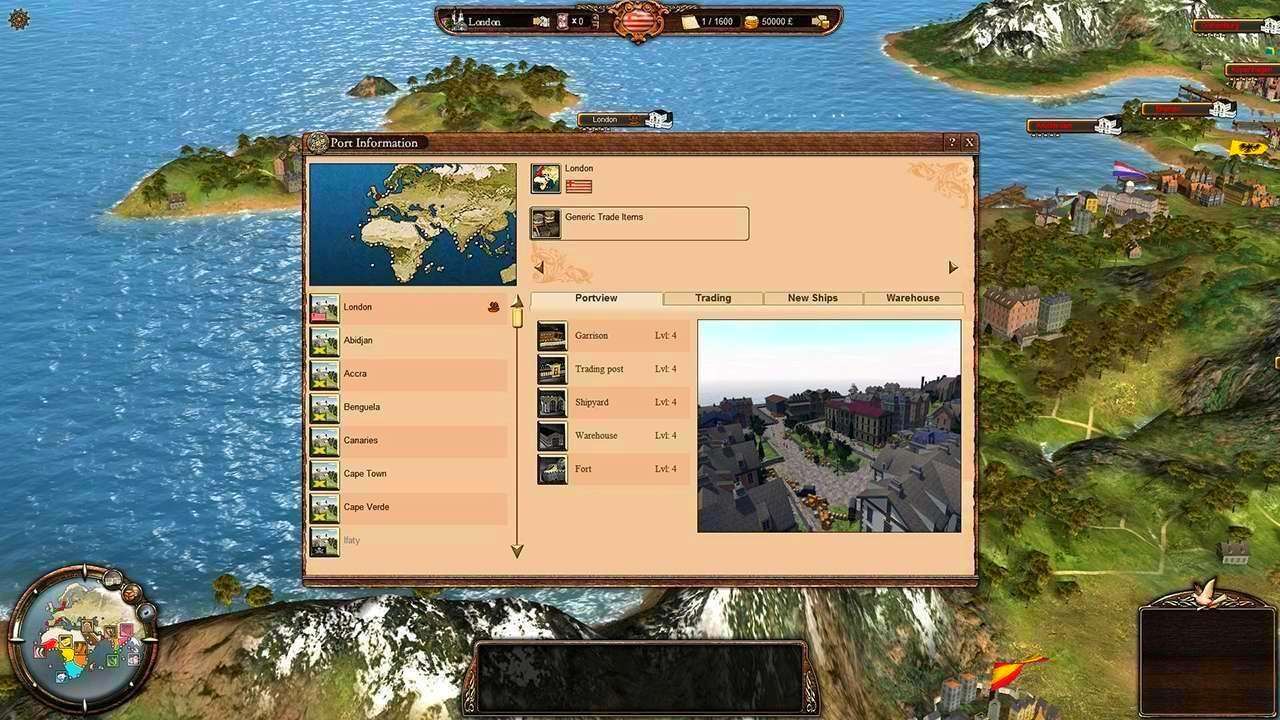 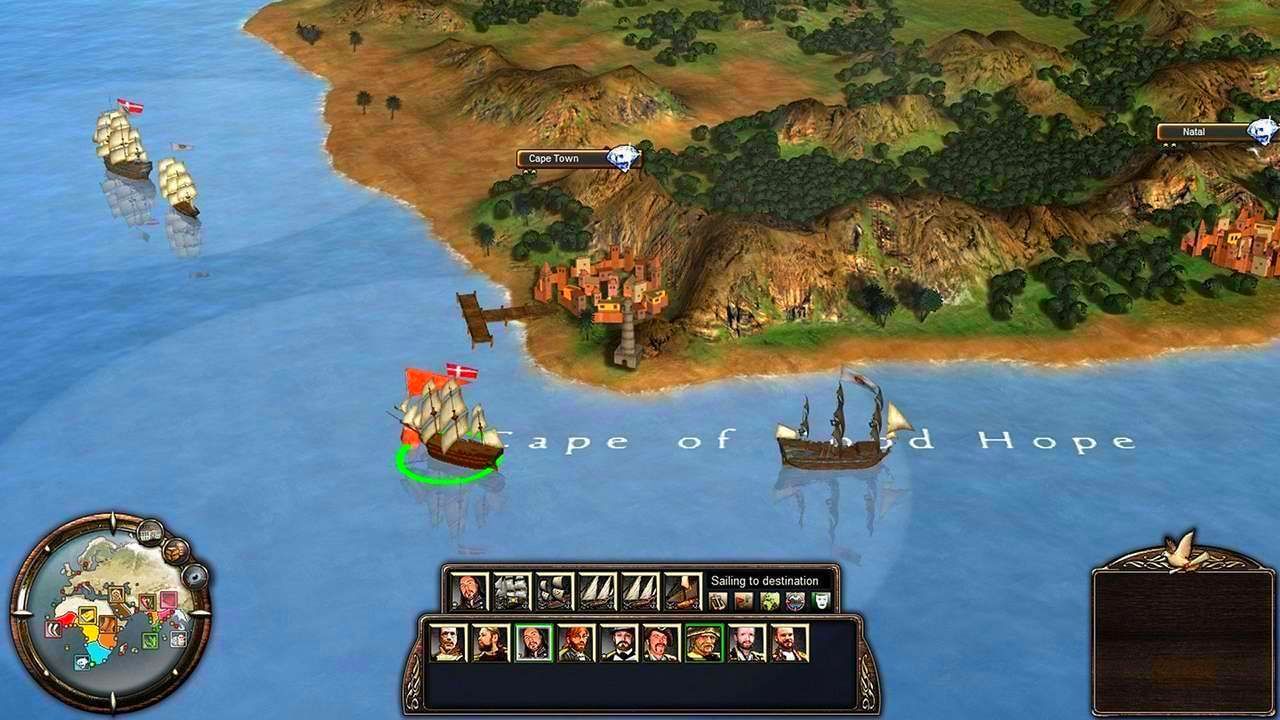 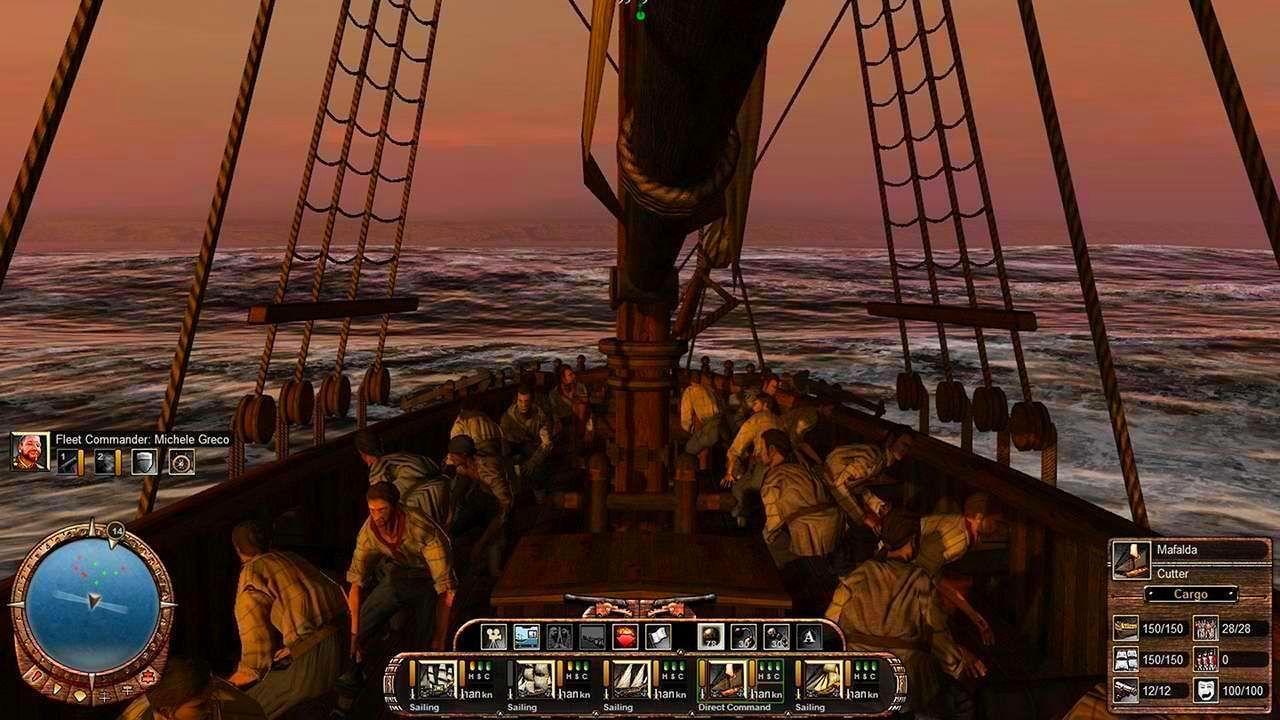 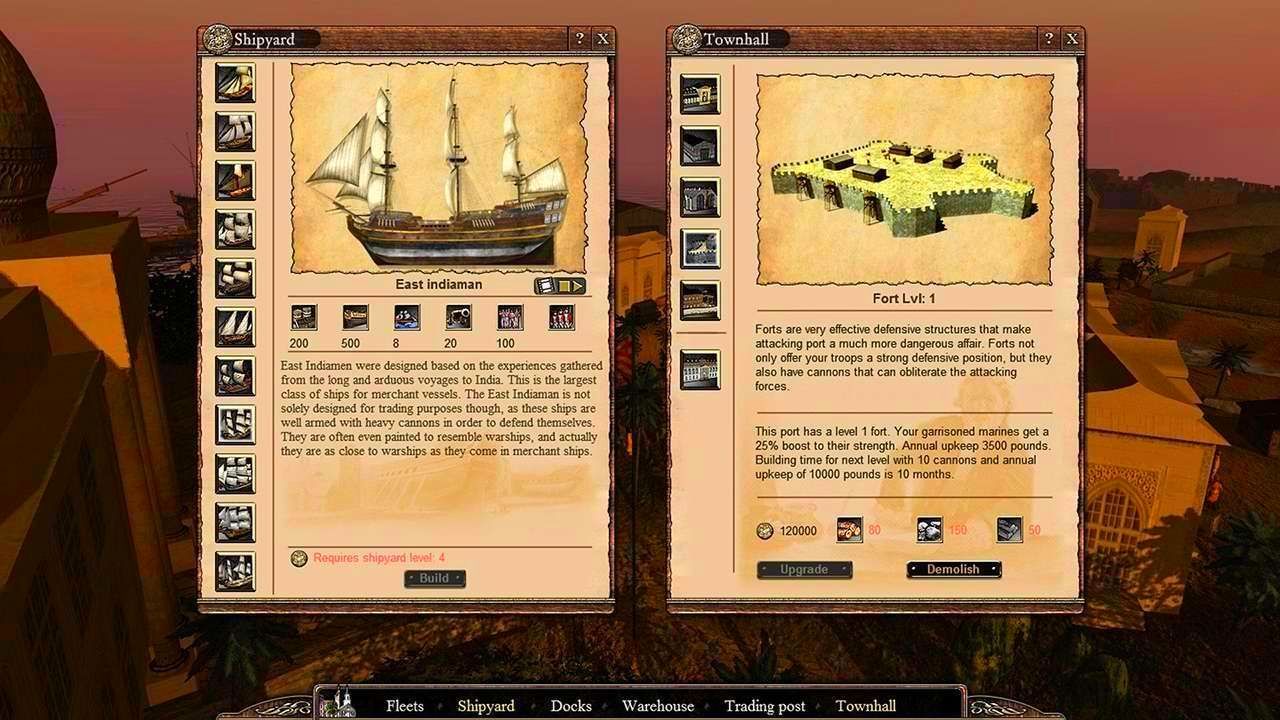 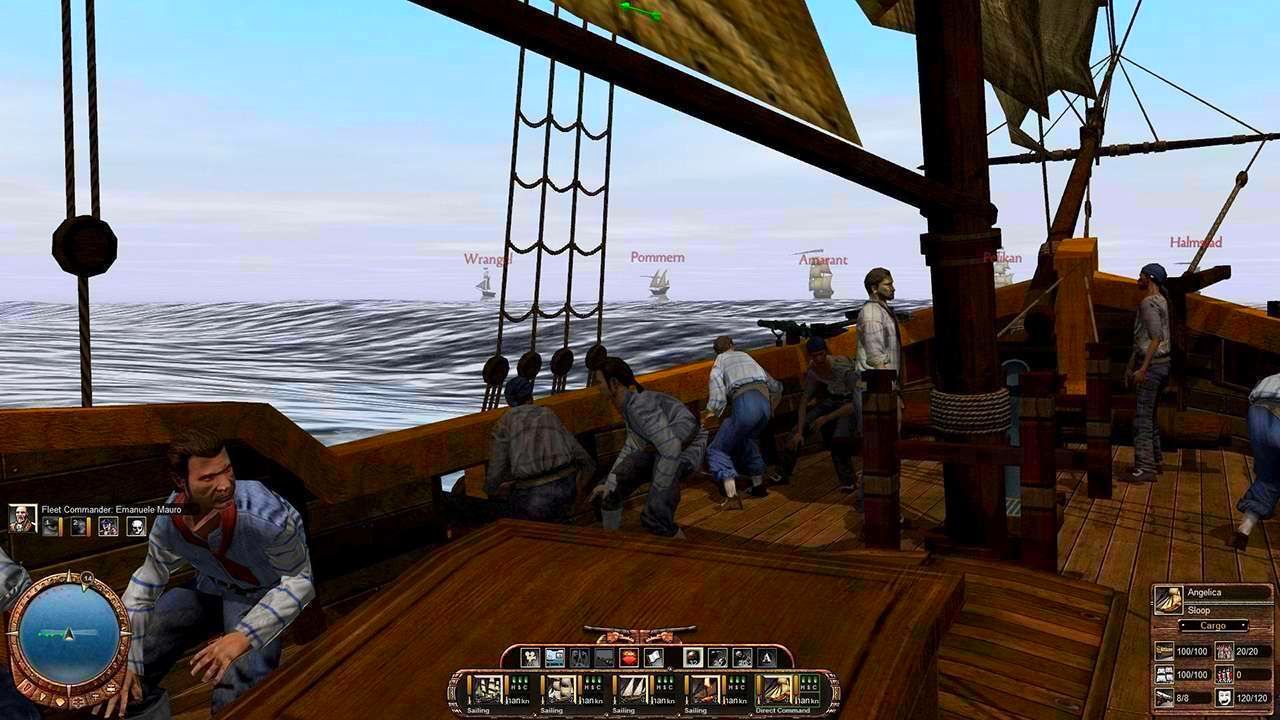 In East India Company, players enjoy building the World's most powerful trading empire and engaging in fierce battles in both single player and multiplayer modes.

Players fight, manage and rule their trading empires from Europe to the Far East with eight nationalities to choose from: British, Dutch, French, Danish, Portuguese, Swedish, Italian or Spanish. Starting modestly, you build your fleet, establish connections to far away countries, and keep rival nations at bay.

Choose from a wide array of ship classes, including a variety of transport and military vessels. Create diverse fleets and assign each of them specific trading routes. Control and upgrade well situated ports as you form your strategy for domination.

Conflicts and wars are inevitable. When hostile fleets engage each other, the spectacular naval battles are fought on a real-time tactical level. Devastating broadsides are fired with a deafening roar and cannon balls tear through enemy ships and their crew.

For greater tactical depth, you can, at any point, take direct command of any of your ships and feel the battle close up! Fight against the other European powers to create a trading empire that will rule above all others in this groundbreaking strategy game.