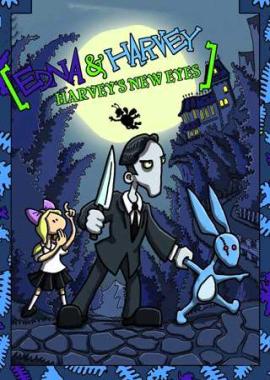 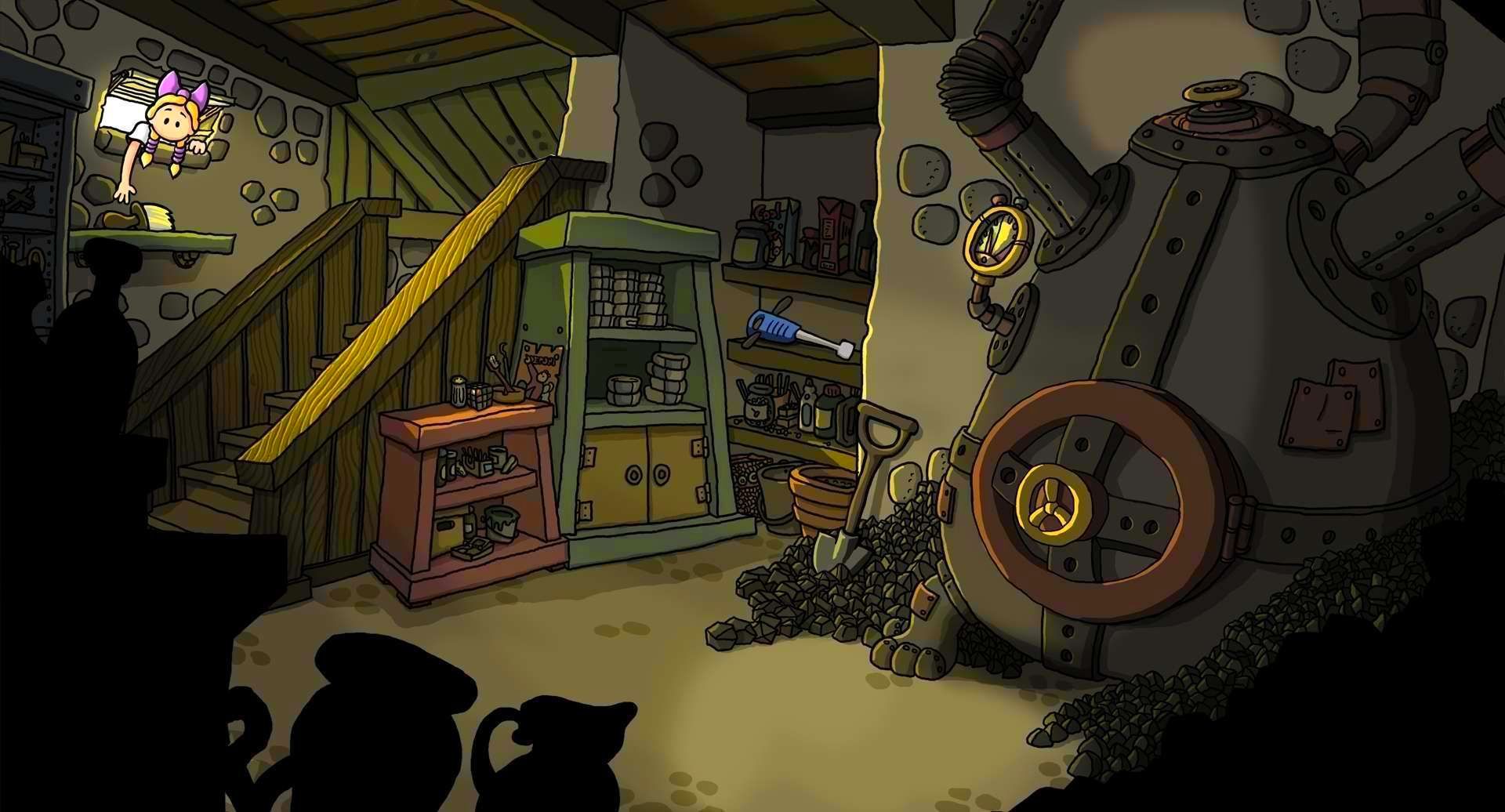 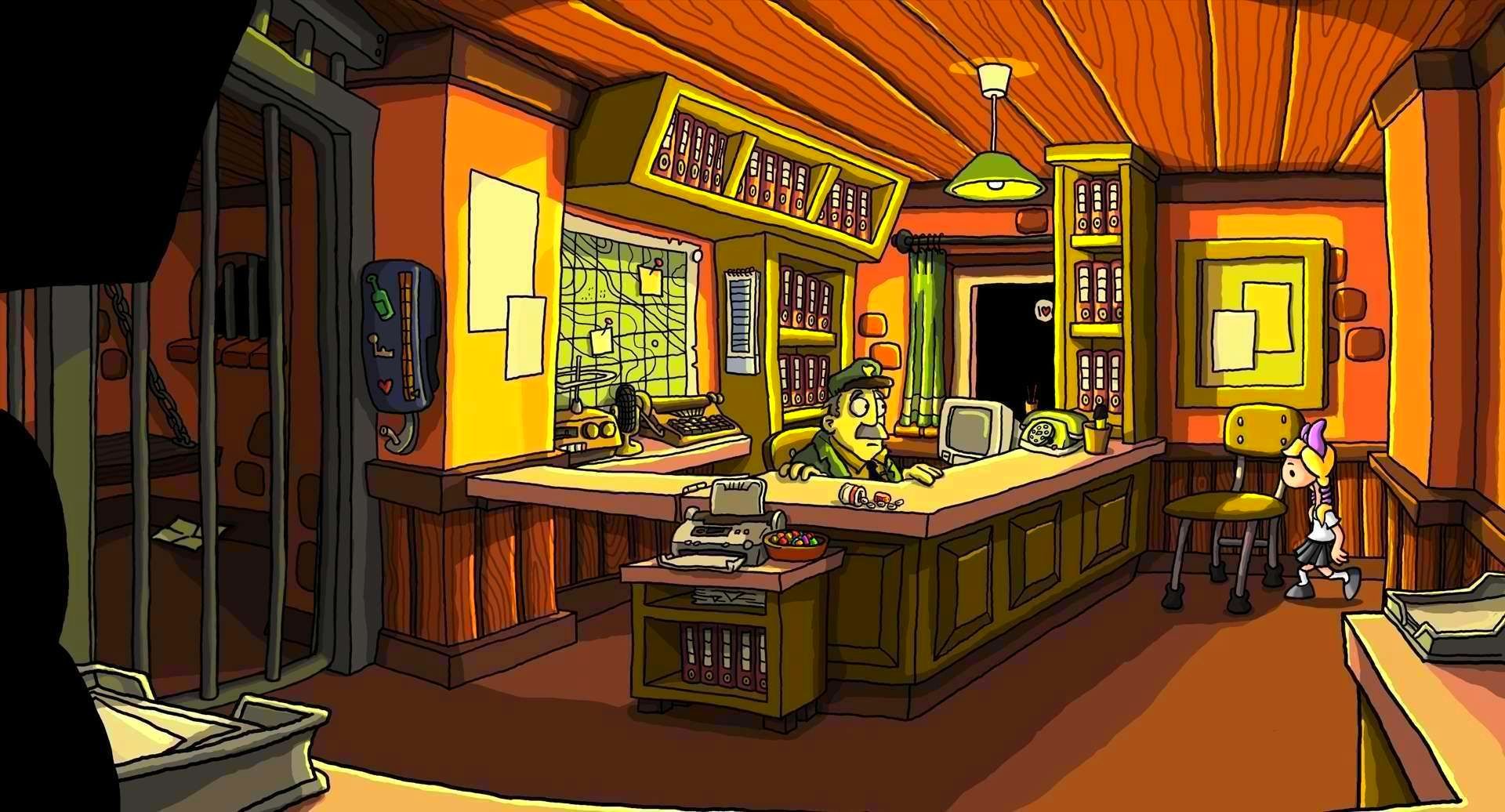 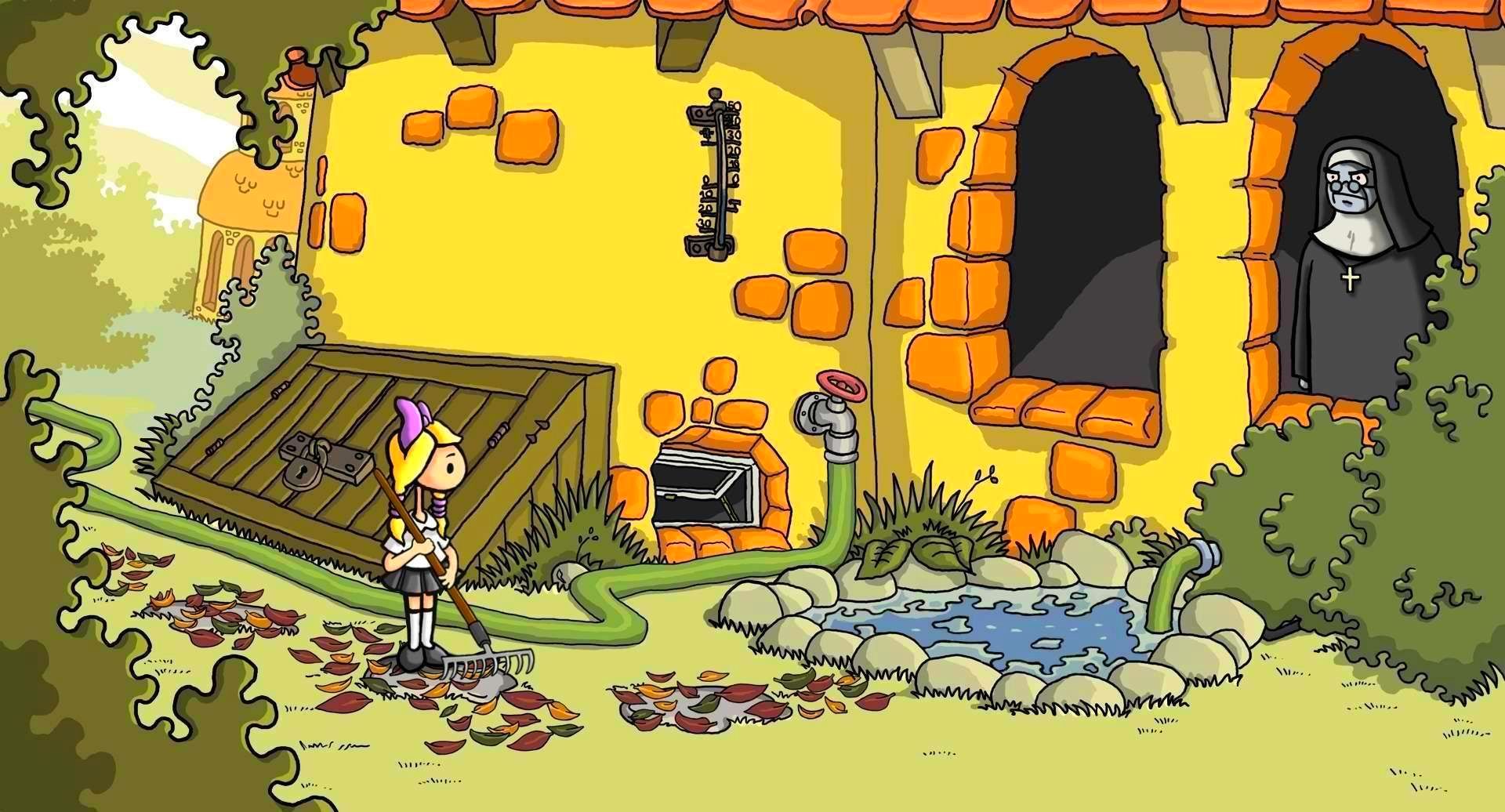 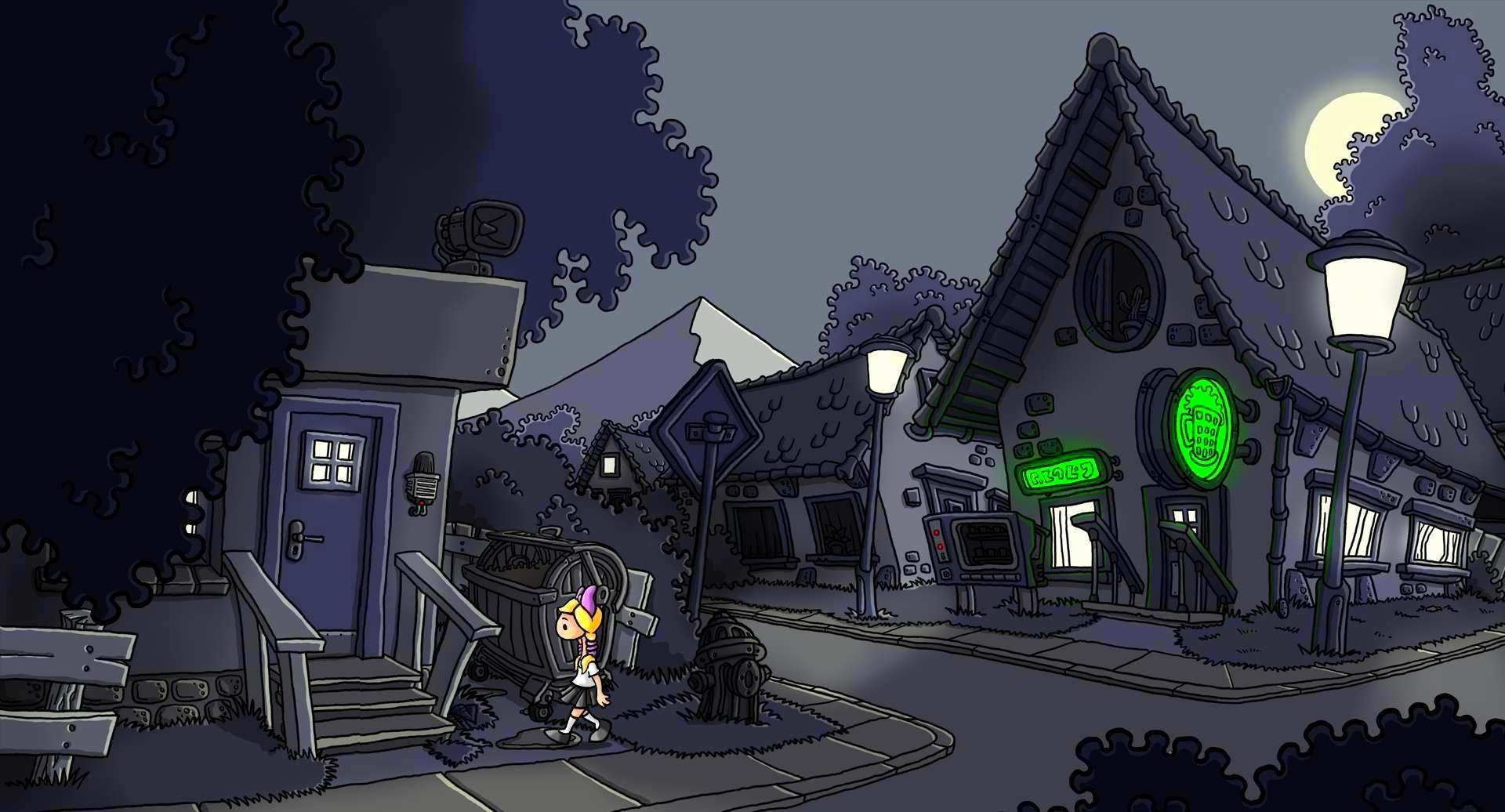 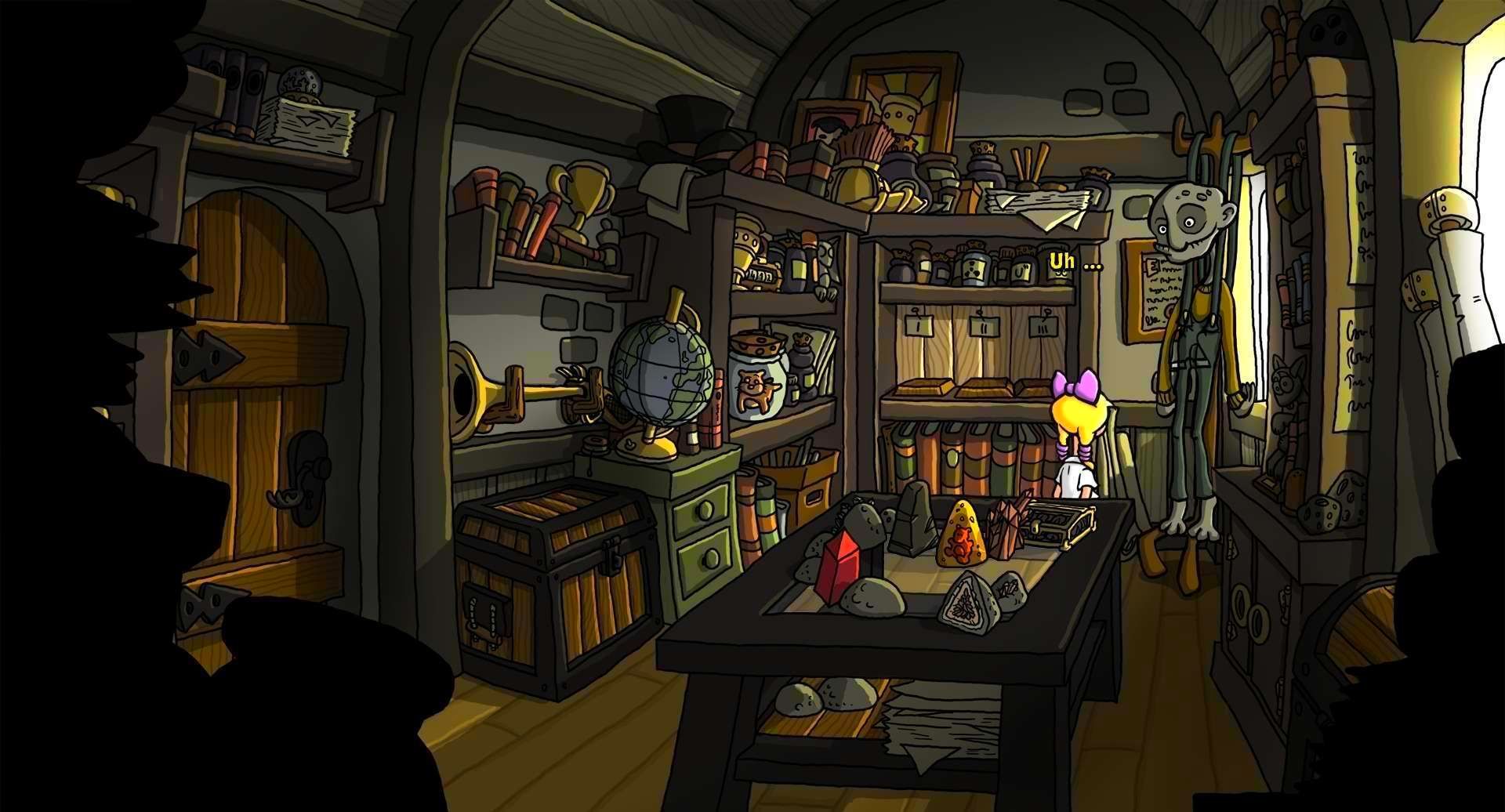 Shy schoolgirl Lilli is having a tough time at the convent. Only her imagination helps her to escape from the strict rule of Mother Superior. But when her best friend Edna disappears under mysterious circumstances, Lilli has to rise above her own and face a tough journey to not only get her friend back but also confront her subconcious fears.

Lilli, a young girl at a convent school, is the main character of Edna & Harvey: Harvey’s New Eyes. Apparently the best-behaved little girl in the world, she executes all her tasks diligently, no matter how unfair they may be. Her innocent, imperturbable way of carrying out the orders of others has something both tragic and eerie about it. Any resentment, any childlike disobedience is buried deep beneath a seemingly impenetrable shell of sweetness. But how long until this shell will fissure?

And where do the friendly little Censor-Gnomes come from that paint over anything upsetting in Lilli’s vicinity with a pleasant pink color? Are those potato-shaped fellows real or just a product of her subconscious?

All things considered, it seems merely a matter of time until Lilli is going to crack up.