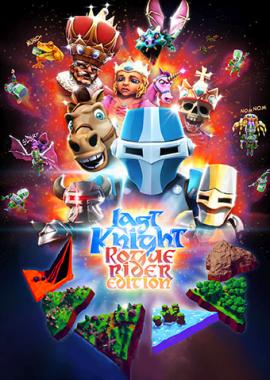 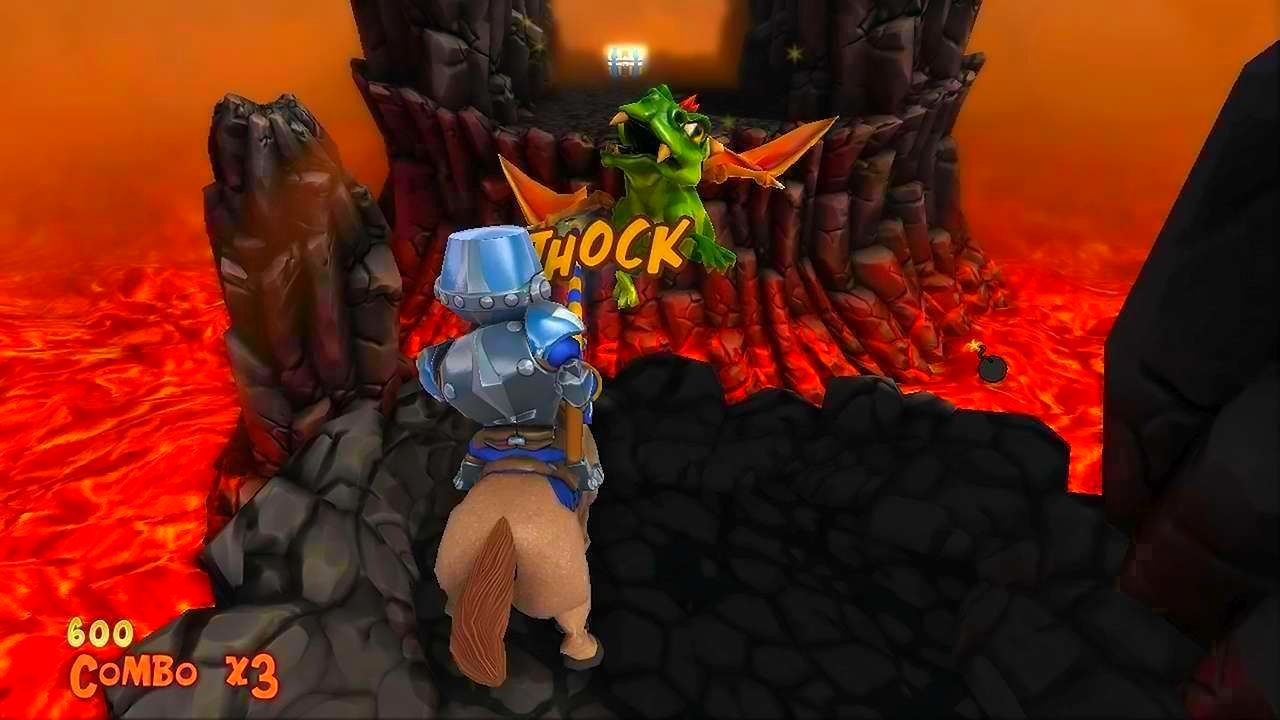 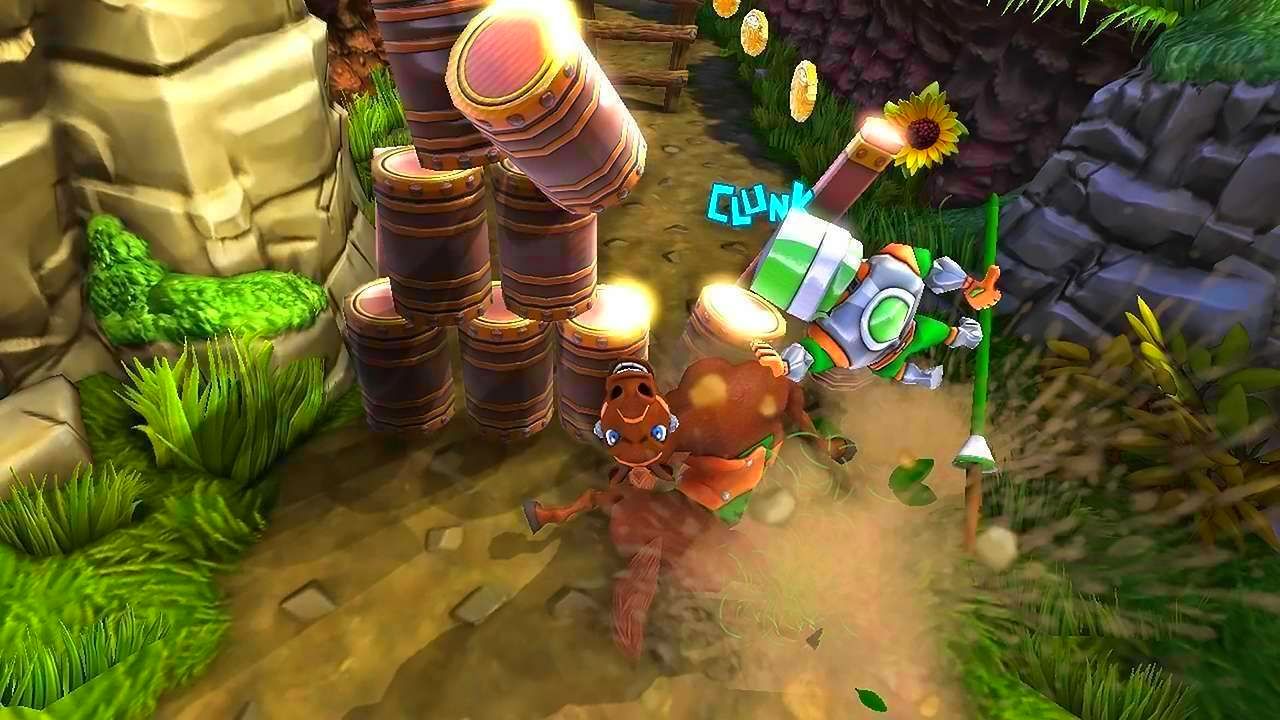 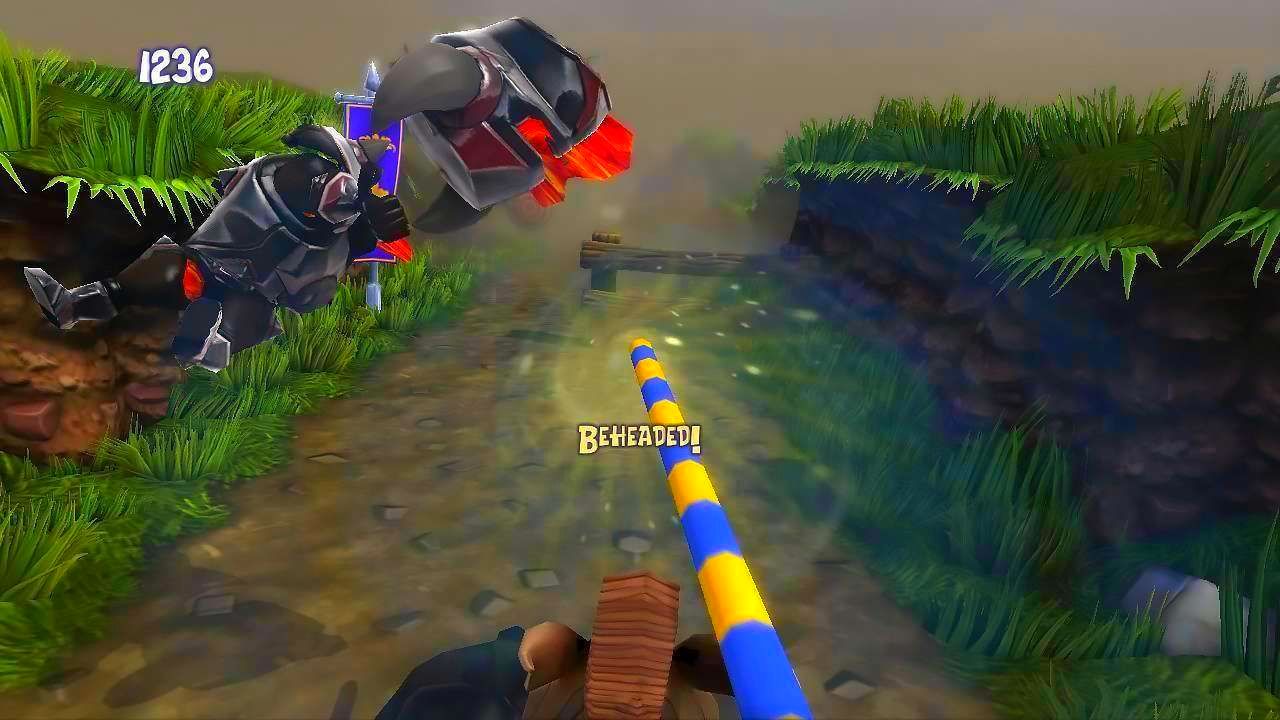 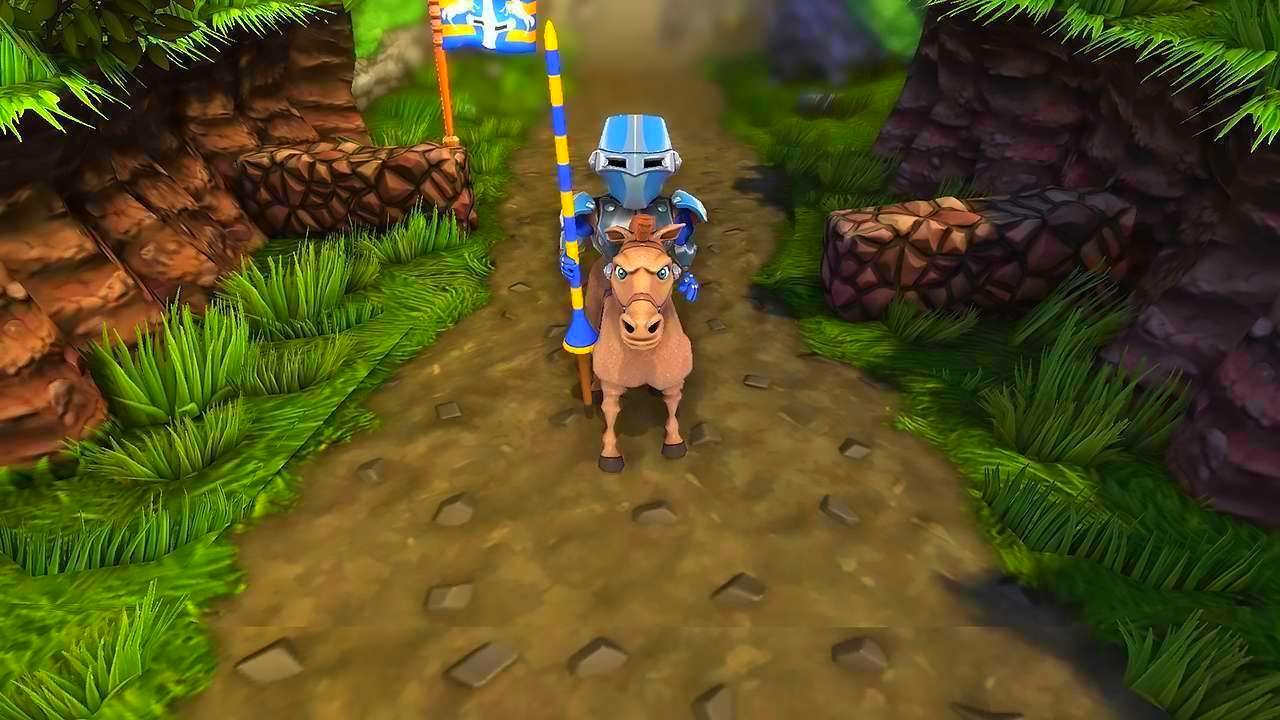 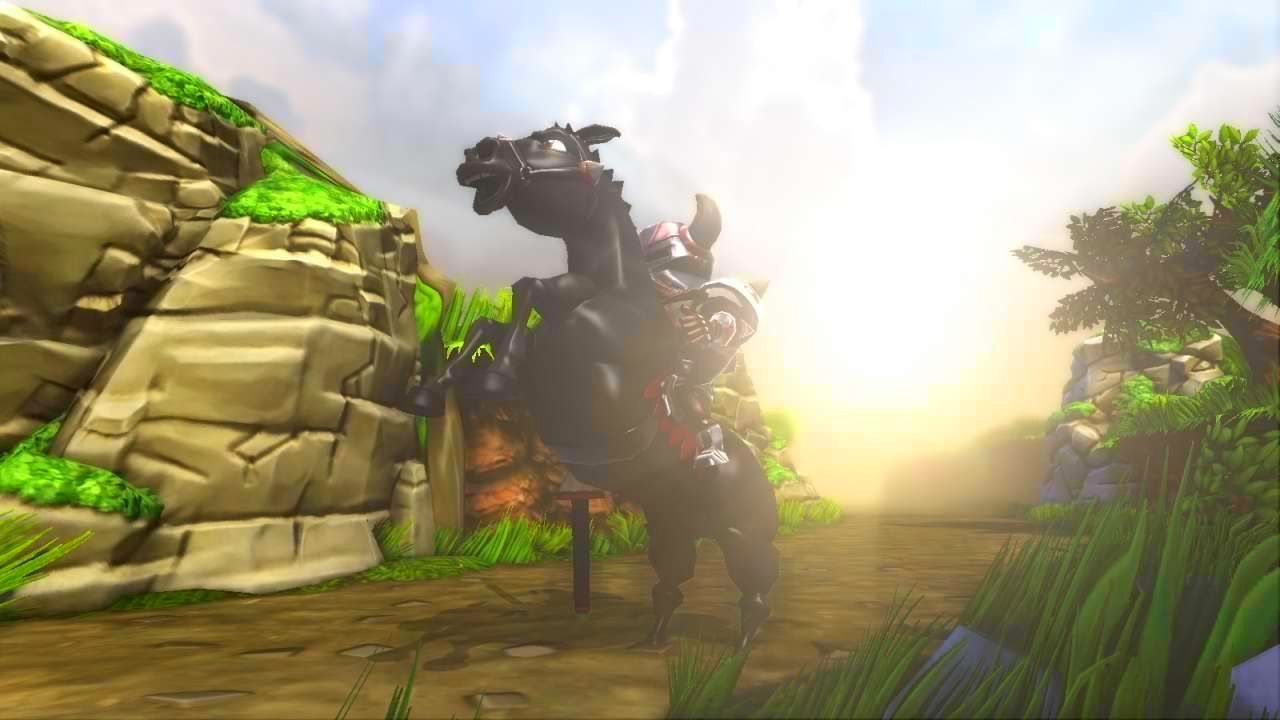 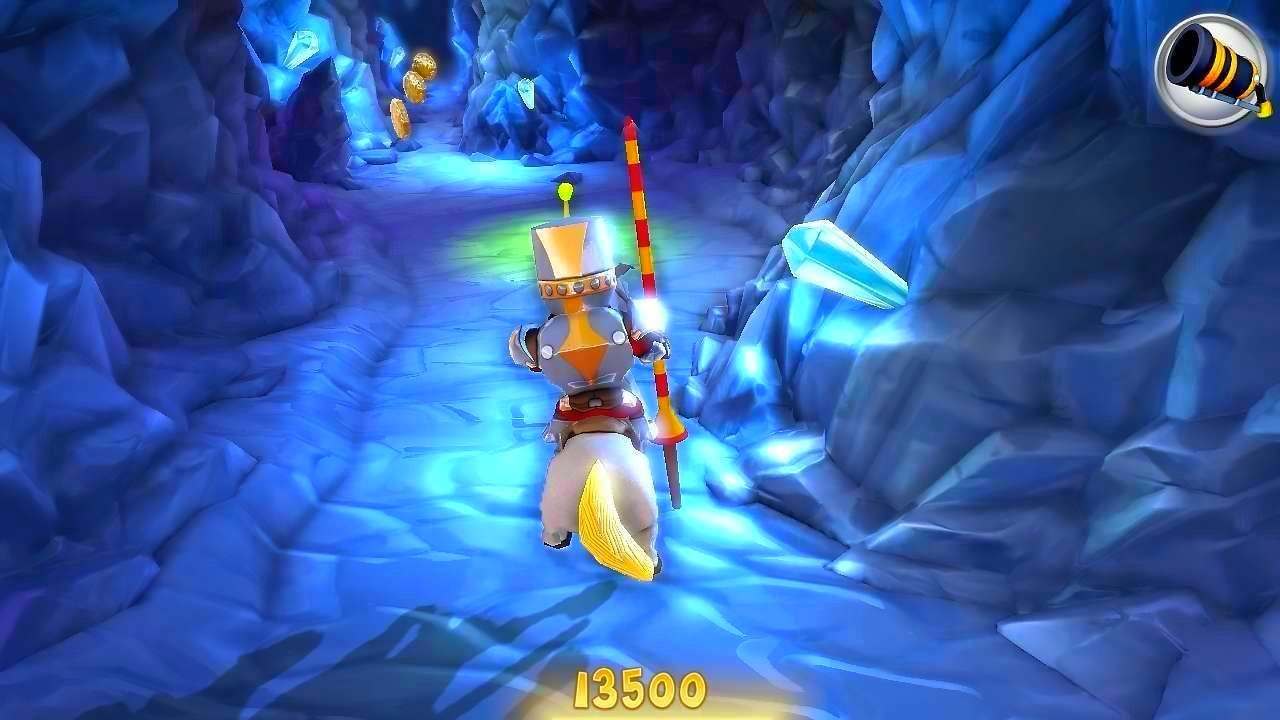 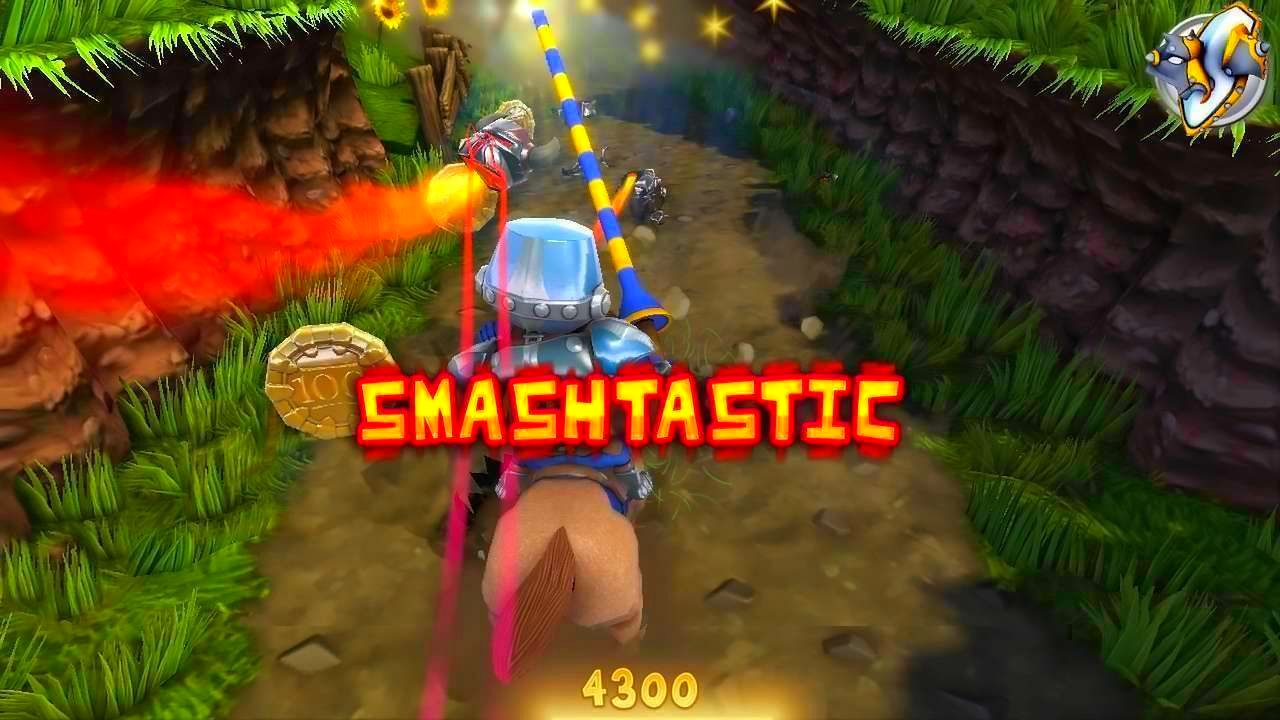 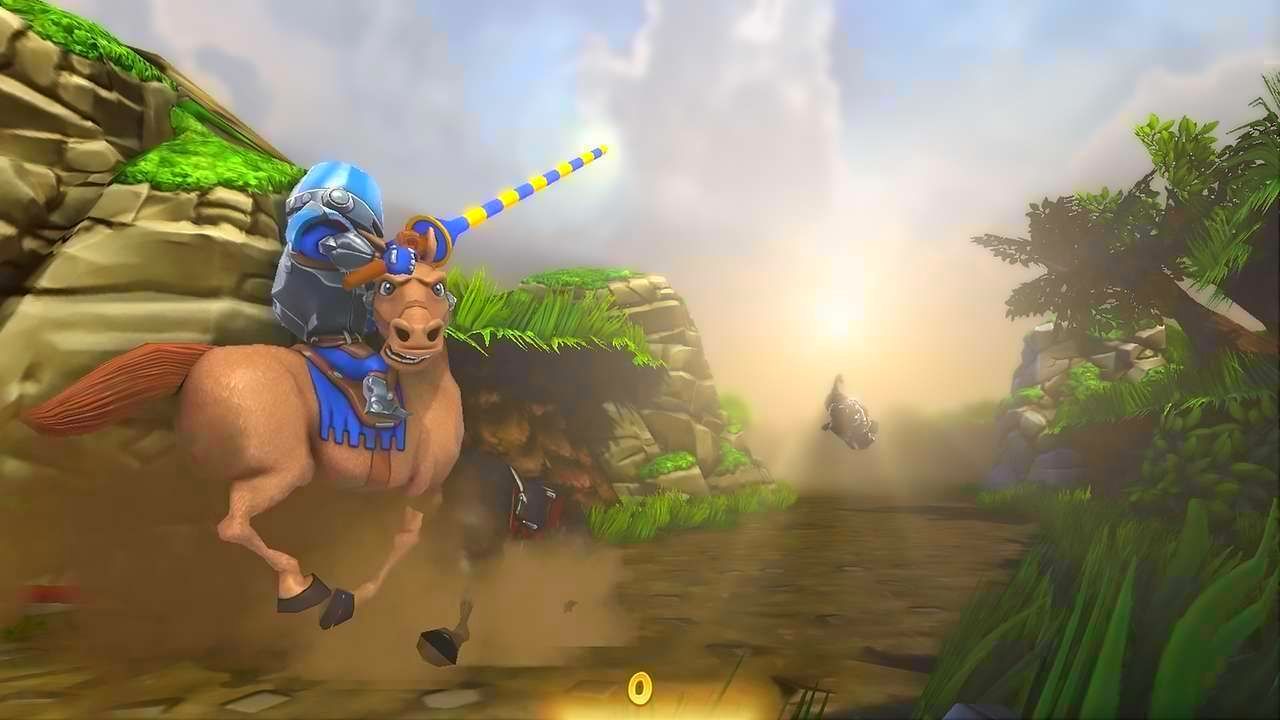 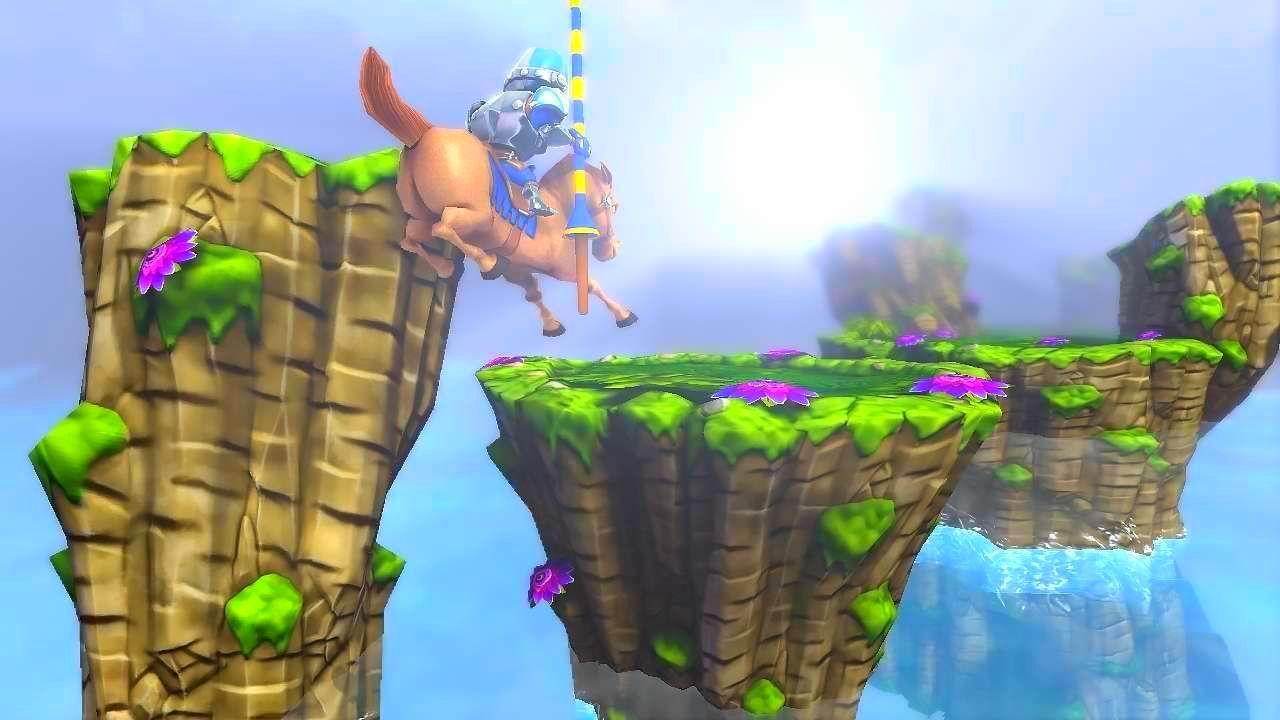 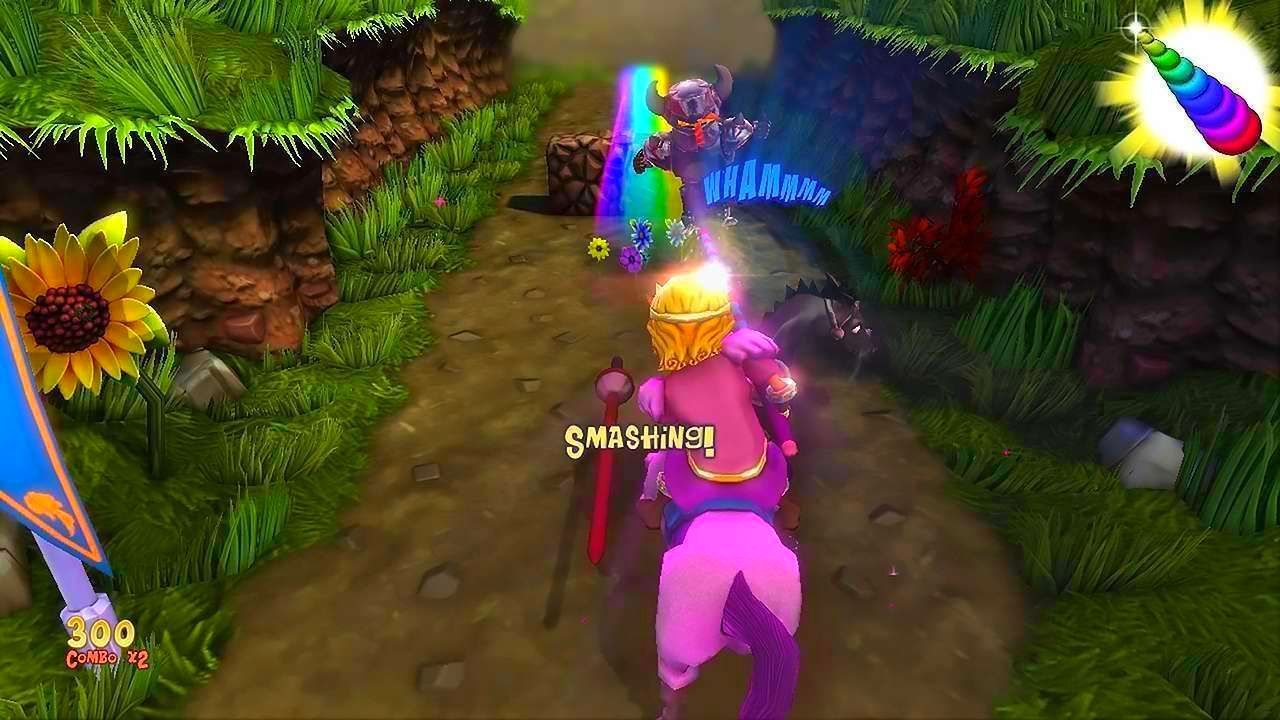 The story mode put it's player in control of a squire on its way of becoming a knight. But before he can prove himself, events of epic proportions make him the last hope for the kingdom! On his heroic adventure he will have to fight the horned bucket heads and oversized hungry creatures. He will have to get through a wide range of dangerous environments as well as his own Knightmares. But beside the story there is much more. Various game modes let you adventure through always different never ending generated worlds filled with riches and dangers. On your journeys you will also find quests that will take each of the characters on different missions in the hunt for fame and glory as well as gold and chivalry. Gold can be spent on fancy power ups, while chivalry can unlock world bending mutators and different view modes like the intense first person view. Cutting-edge features like a fully dynamic randomized weather system and a collision system that can alter basically everything of the world geometry make this game even more over the top.

The full-fledged story mode takes you through a small but epic adventure. Play through 18 polished levels and 6 knightmares with a story that never takes itself too seriously.

The new rogue rider adventure mode lets you make your own way through a randomly generated kingdom full of dangers and riches. Heavily inspired by rogue-like games it takes the challenge and the world generation to the next level.

The different endless modes let you play without an end if it wouldn't be a hell of a ride where death looms always a split second away. It will keep you entertained with lots of quests and rewards in the form of unlock-able power ups, characters, mutators, first person view, bird's eye views and special endless game mode variations.