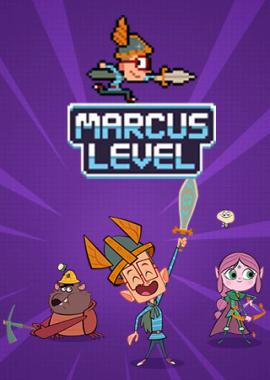 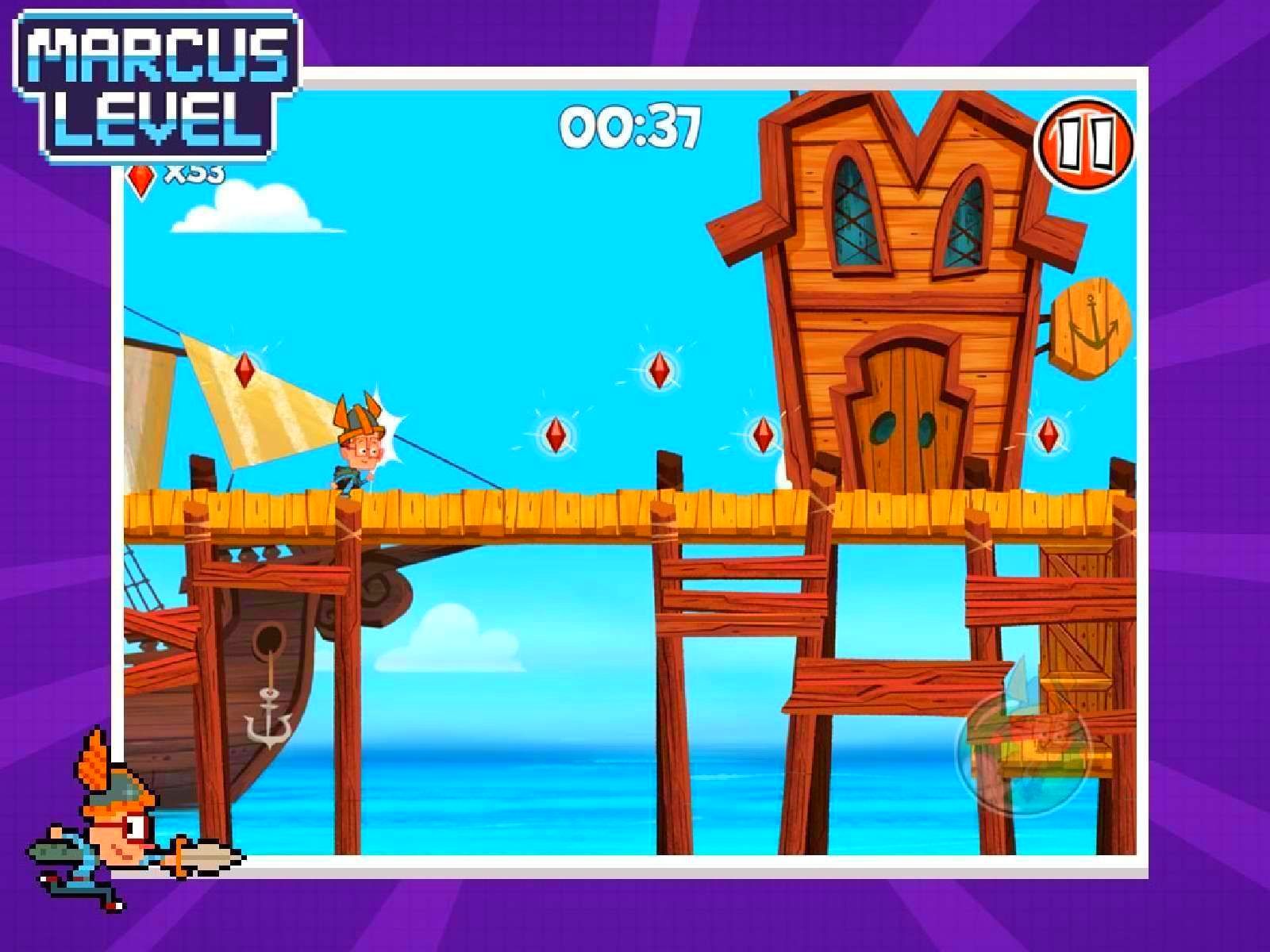 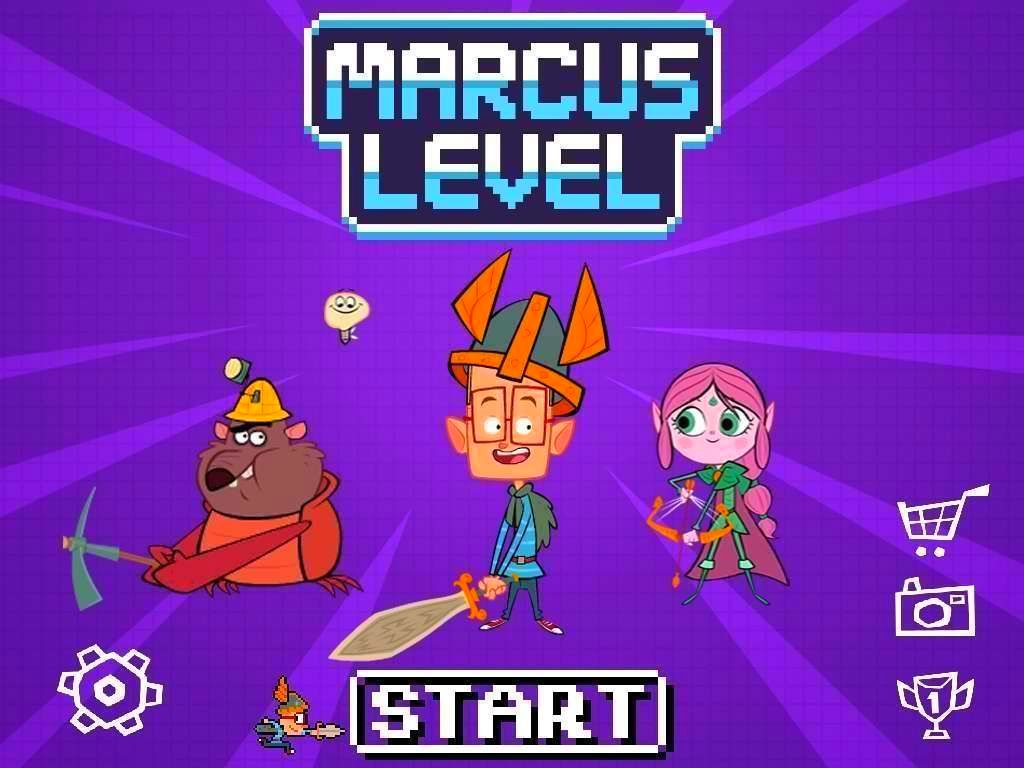 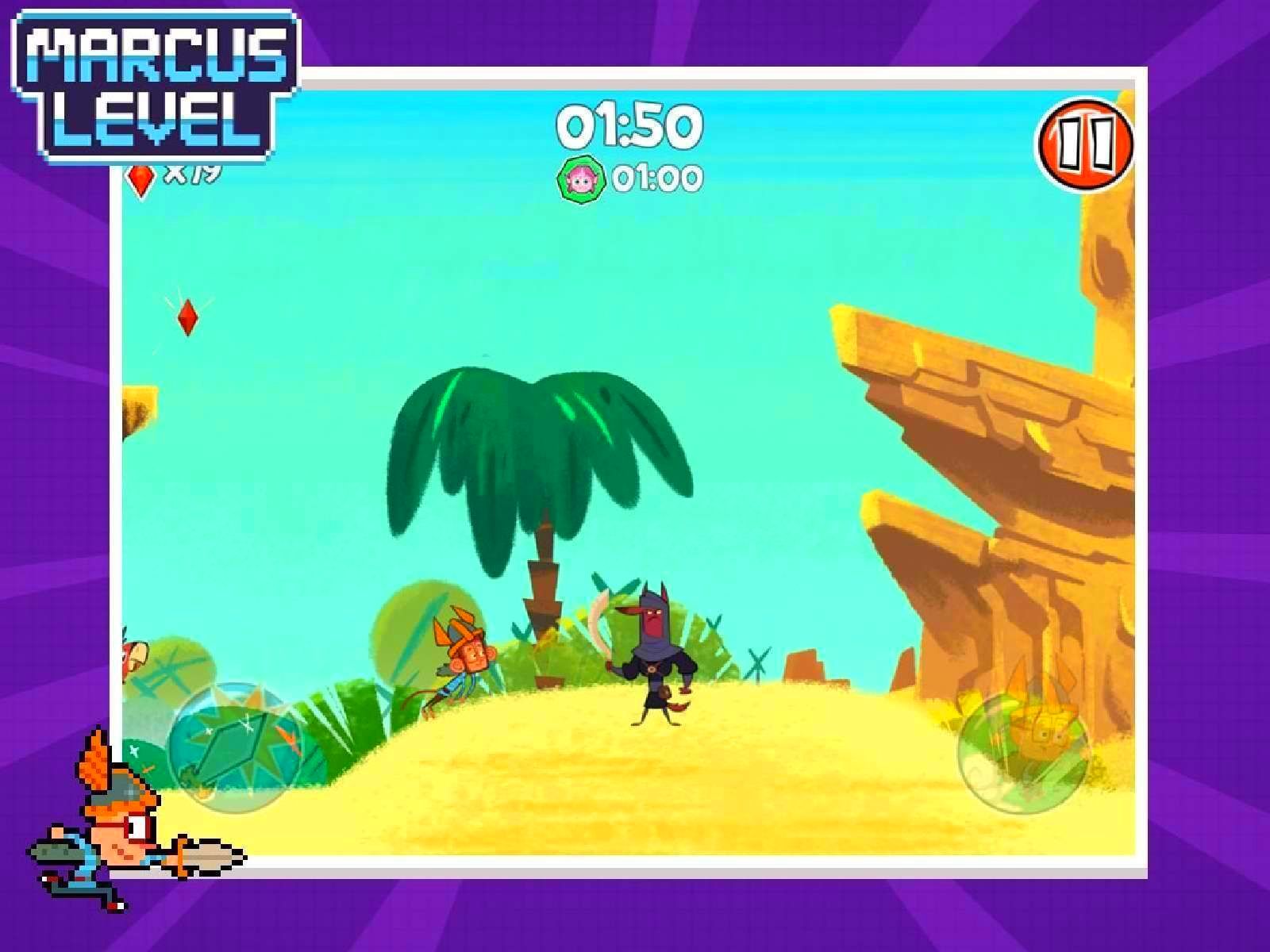 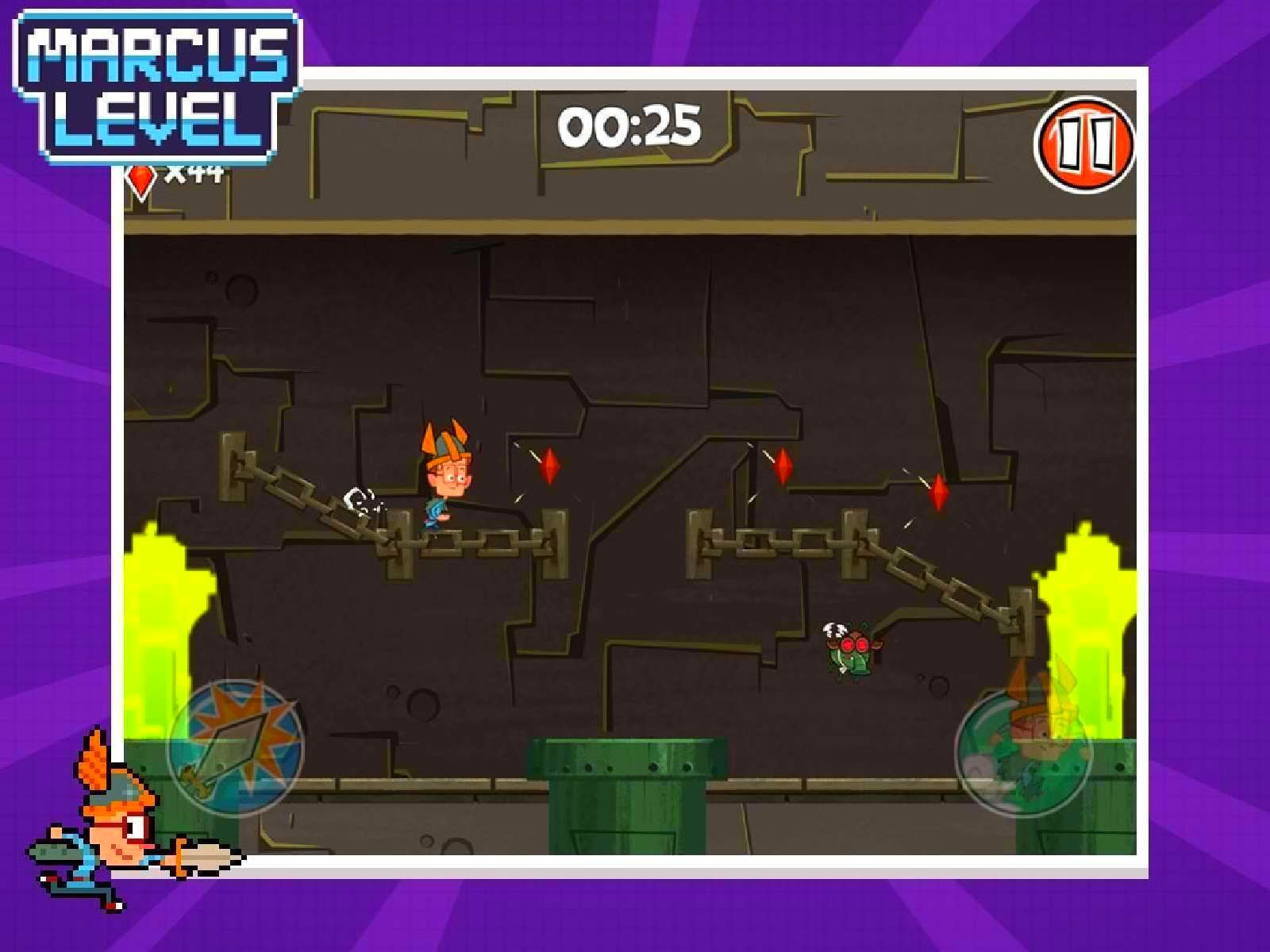 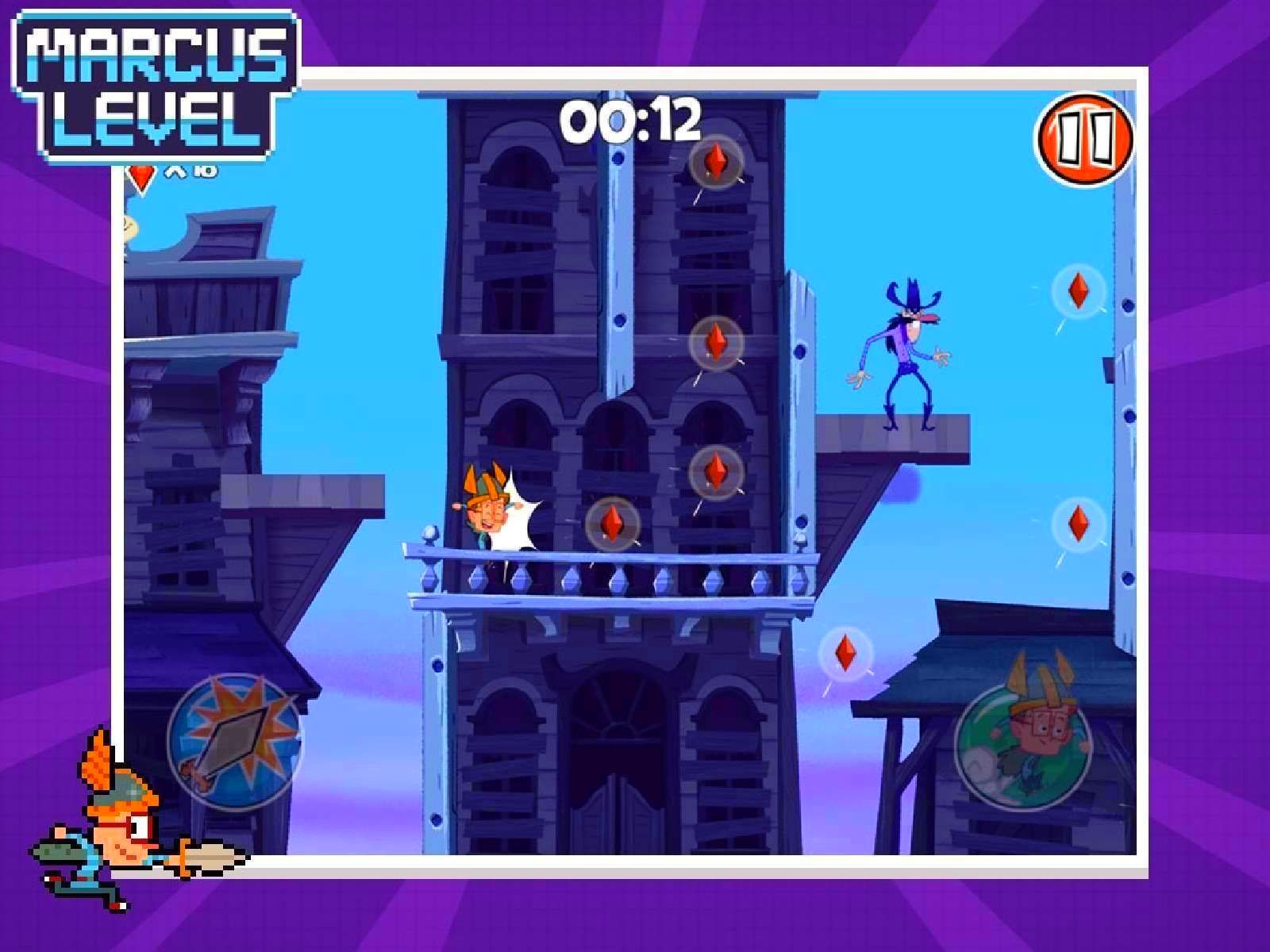 Marcus LeveL: He's on a whole other level ! When Marcus gets the latest version of his favorite video game, ̈Gorbar and the Valley of the Seven Light Towers ̈, he tells himself that while his parents are gone during the weekend, he'll finally be able to explore all of its worlds.

As soon as he turns on the gaming console and sticks in the game card, a flash of white lightning jumps out of the screen! Marcus suddenly finds himself transported inside the video game in the place of his hero Gorbar the Magnificent! Gorbar travels in the opposite direction and is quite puzzled to find himself in Marcus’ room. The roles might be reversed, but the rules of the game stay the same. Marcus knows that if he wants to go home, he has but one solution: finish the game and free Princess Aria from the clutches of the evil Vipkrad. But before he can do that, he’ll have to face countless challenges: strategies, enigmas, explorations, combats or platform games. Marcus wanted to play? He’ll get what he wants! The problem is that Marcus is no game hero. He neither has the strength nor the recklessness of Gorbar and mostly, he’s human. If he dives into a lake infested with Croc-O-Teeth or if he finds himself trapped by the worker-soldiers of Vikprad, his game just might be “over”!!

Of course, no one in the game knows this. All the characters in the game, especially his friends - Ephi the celestial magician, Gratrok the wild and crazy crab-rat and Loumi, the glowing fairy - he really IS Gorbar! Sure, he’s a different kind of Gorbar...he’s less muscular and smarter. Instead of big muscular arms, Marcus uses his head. He knows the logic of video games, the tricks, the treasures and the bonuses that give one superpowers. He also knows the games’ limits and its bugs. These are tools that will turn out to be indispensable to defeat Vipkrad!

But what about Gorbar? He winds up in Marcus’ room, convinced that he’s still on his mission, looking for the princess. He’s going to have to deal with Seraphine, the babysitter, and learn to live the everyday life of a kid.

It's obvious that things aren't going to be easy neither for Marcus, nor for Gorbar!