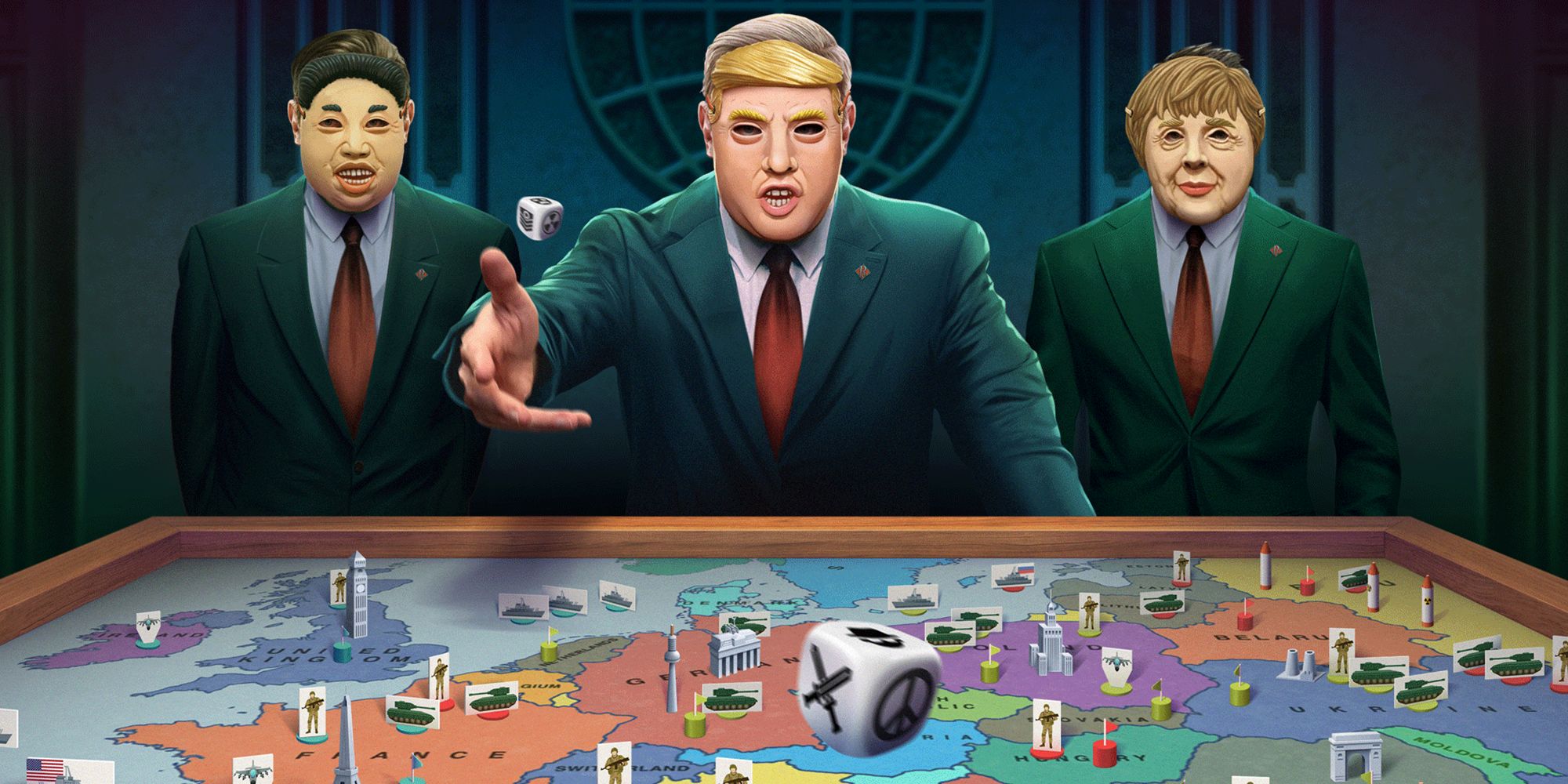 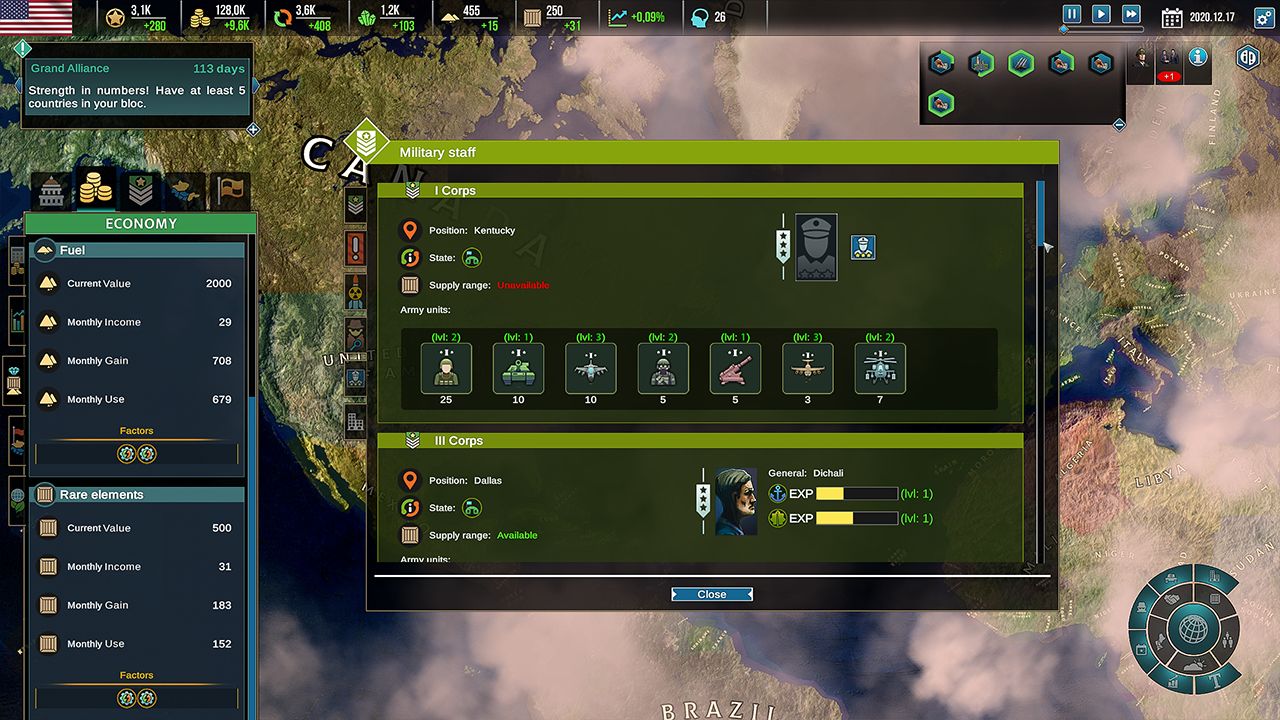 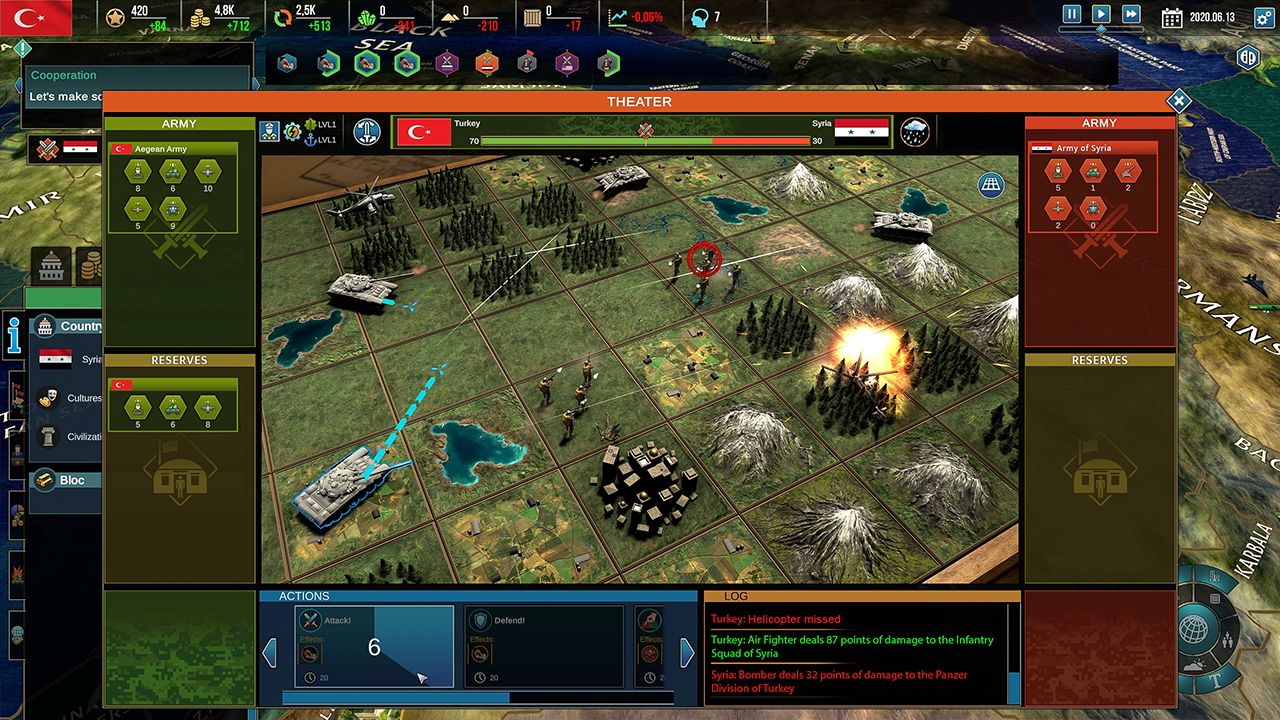 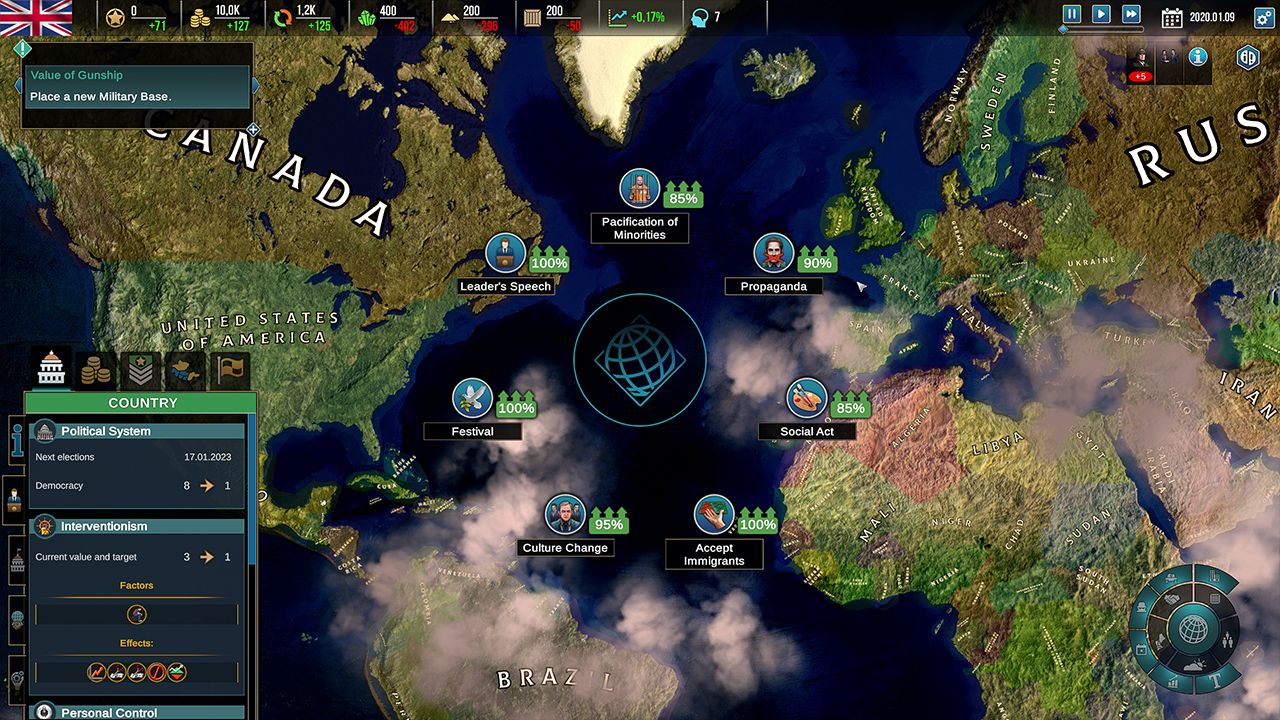 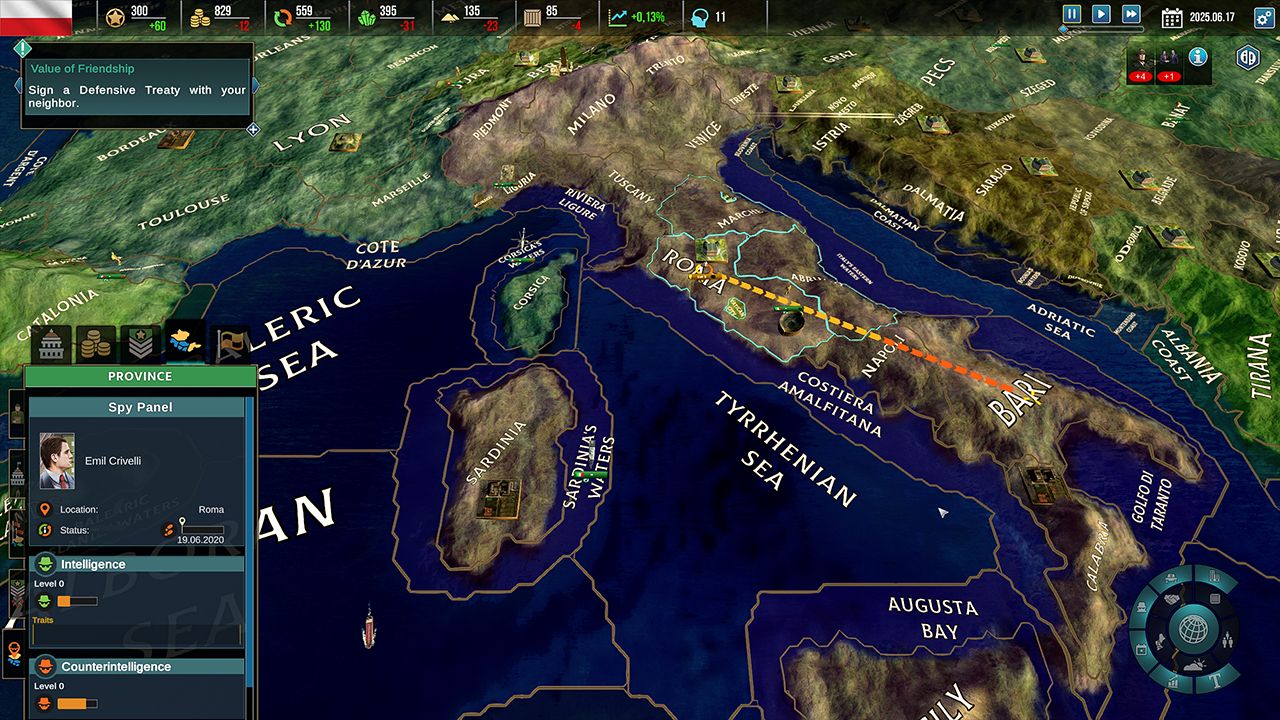 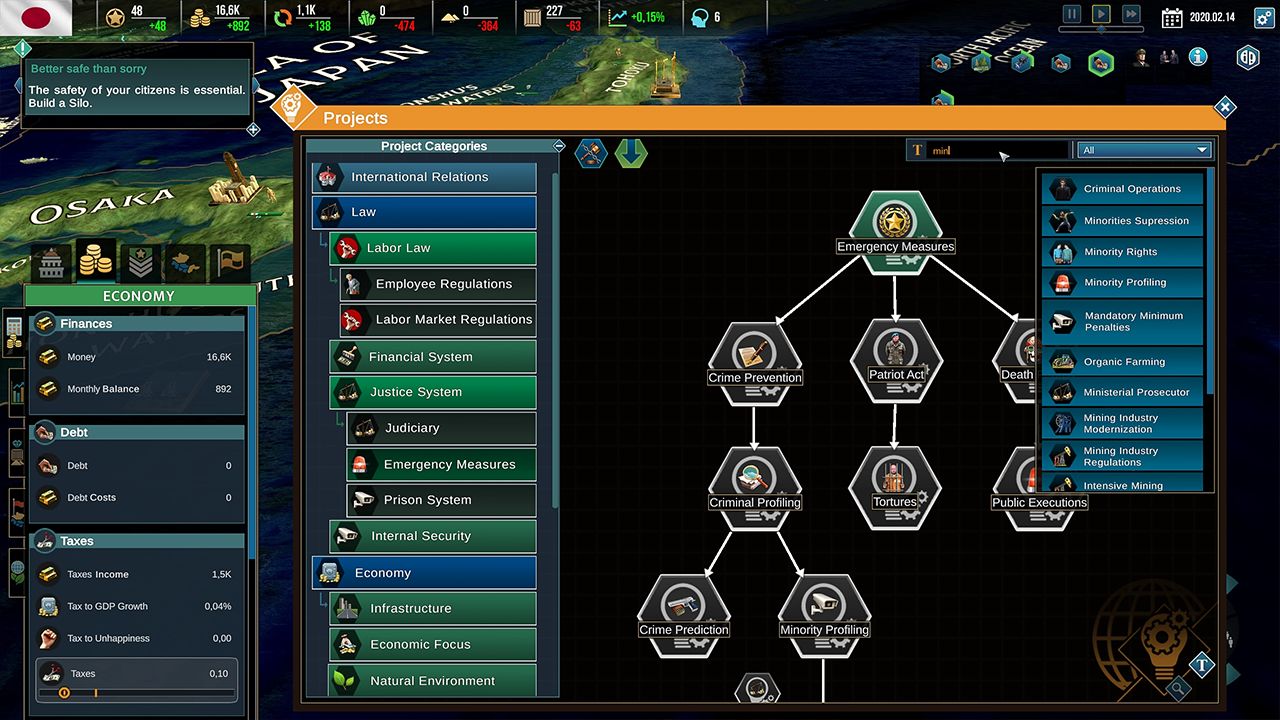 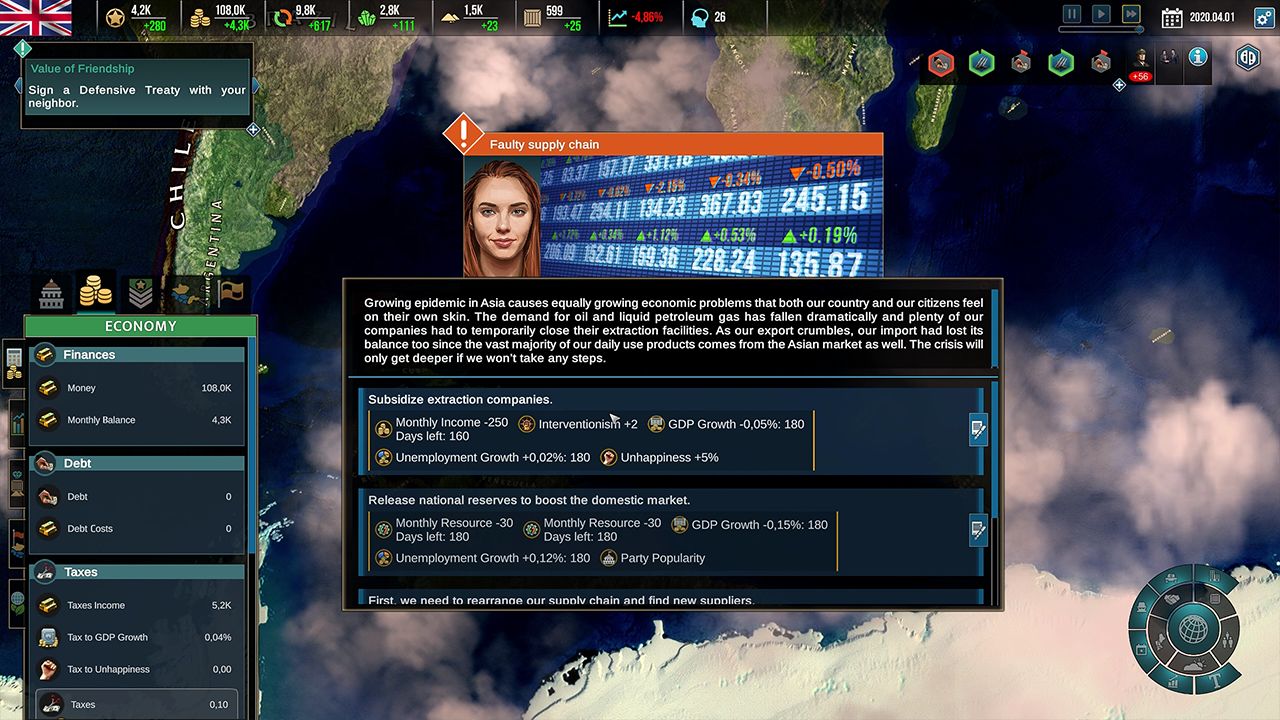 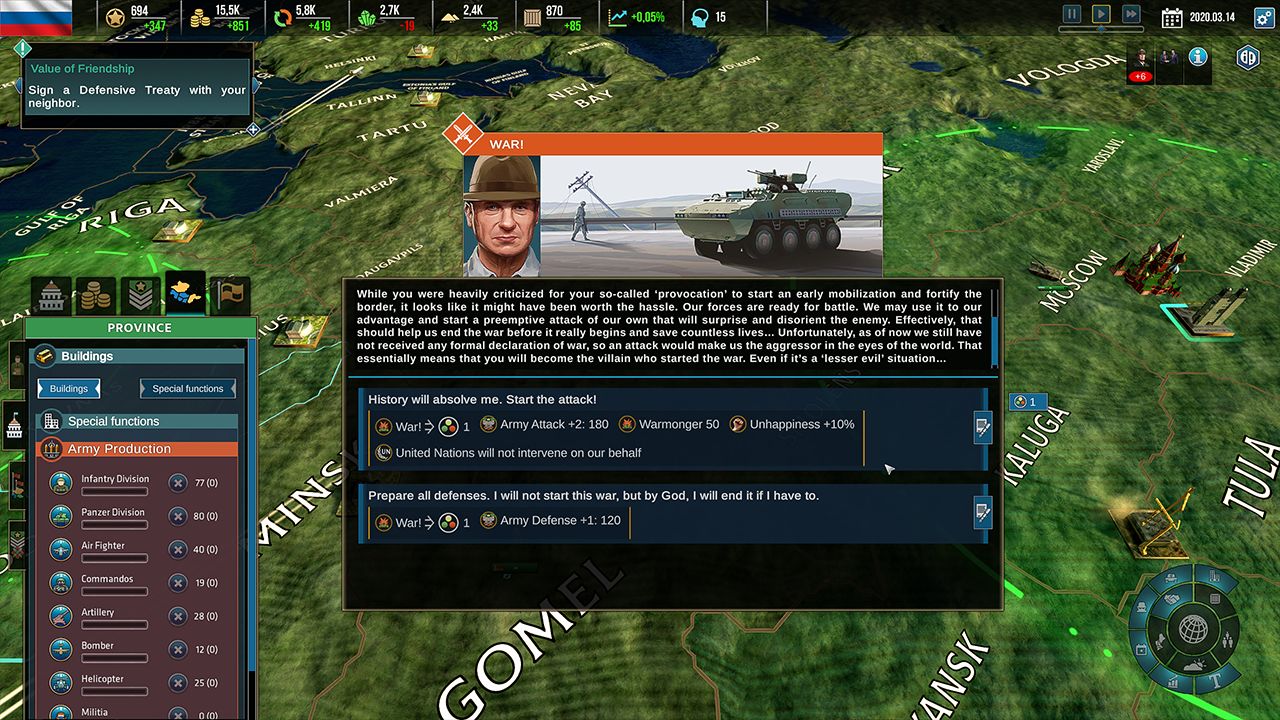 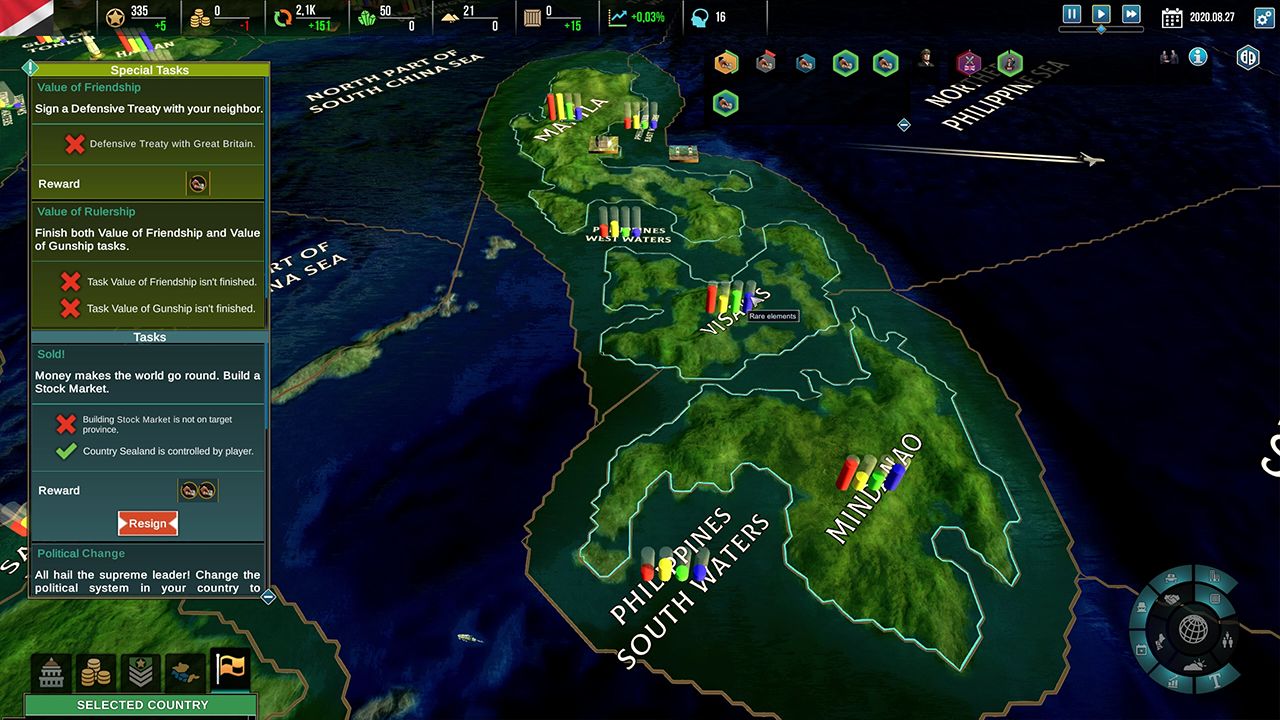 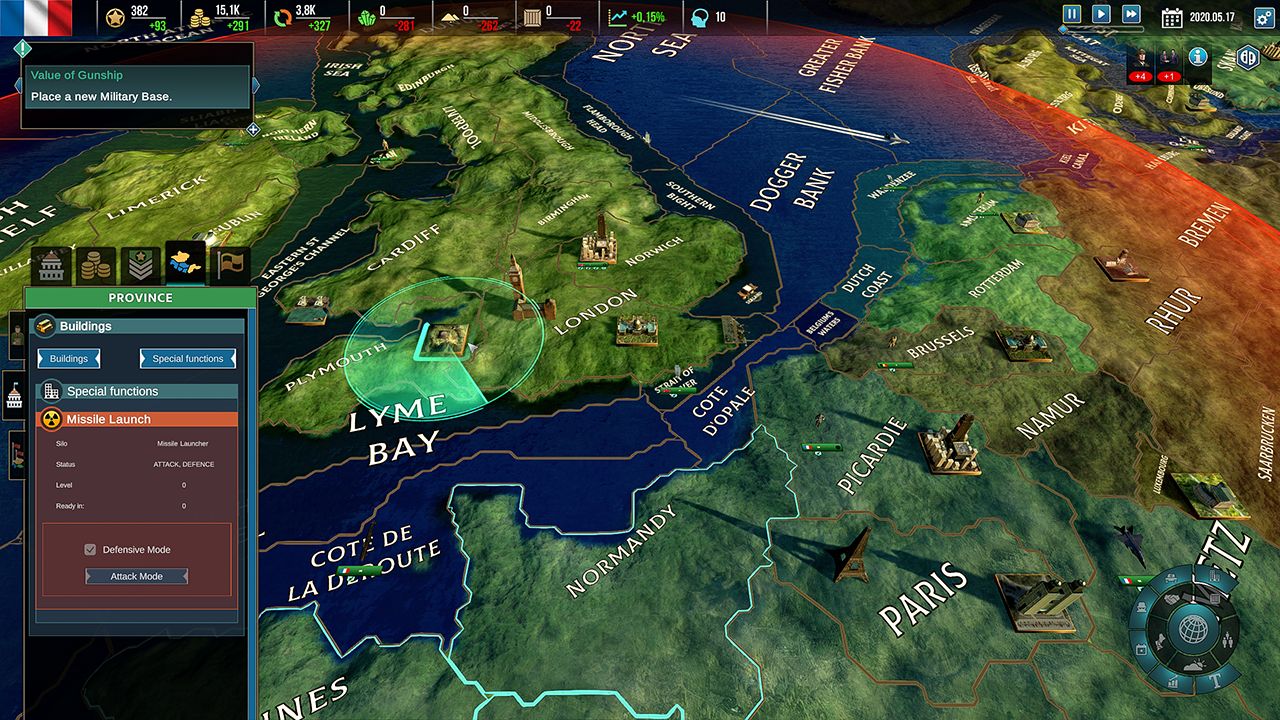 Realpolitiks II has been updated to version 1.06, which includes a lot of bugfixes and improvements.

Lead your people to glory and write a new chapter of history in Realpolitiks II, a real-time grand strategy game where you lead any contemporary nation in an attempt to secure world dominance. The road to supremacy is filled with modern world issues as you manage your nation’s economy, command armies, conduct diplomatic and espionage actions, and tackle global threats such as terrorism, pandemics, famine, and more.

Realpolitiks II delivers a whole new economic system which gives you more control of your country than ever before. Construct new buildings, dictate trading policy, and use your advisors’ special abilities to further improve, or hinder, the life of your citizens. Transition from democracy to totalitarianism too quickly and you might have a rebellion on your hands.

Bring your units to battle in a completely new combat system which gives you complete control over every battlefield. Command your units and develop your general’s skills to acquire new tactical opportunities on land, sea, and air. Plan your war strategy carefully, weather, terrain, unit formation, equipment, and much more must all be taken into account to ensure a decisive victory.

Diplomacy has been revitalized with a whole new set of diplomatic actions such as non-aggression and defensive pacts, military access, trade agreements, and advanced peace negotiations. Espionage is now deeper with a wide range of spying activities; level up your spies and develop their subterfuge skills to create more chaos in the enemy’s ranks or deceive your own people. Choose your approach and dominate the world.

Choose any nation from 216 contemporary countries (including Sealand & Kiribati) and conquer your opponents. Adapt your strategy accordingly whether you start as a superpower or a small independent nation.

A brand-new combat system enables full control of your units on the battlefield while taking into account strategic advantages such as the weather, terrain, equipment, and a whole lot more. With an all-new sea combat system, your nation can take and control important naval provinces. Control the seas, control the world!

Create a communist utopia, a completely free market nation, or become a tyrant overseeing your citizens’ every step. With over 1000 projects and technologies to choose from, you decide the path to greatness.

Engage in advanced negotiations to establish new trade routes or military access to neighboring regions. With a completely reworked AI, and new Favor and Investment systems that allow you to influence other countries - diplomacy becomes a crucial tool once again, especially as other leaders will prove hard negotiators.

Conduct clandestine actions with your spies, steal breakthrough technologies to further increase your military power, and invent new ways of mass destruction. Dominate your foes from the shadows.

Over 1000 new events ranging from minor provincial issues to a world-threatening meteor strike. Be wary of the ever-changing world as each playthrough will be completely different. Each of the 3 available campaigns will have their own unpredictable events for you to tackle.

Buildings are a major part of your campaign as they enable you to recruit more units, train your spies and generals faster, defend against rocket attacks, or increase the supply range to your armies.