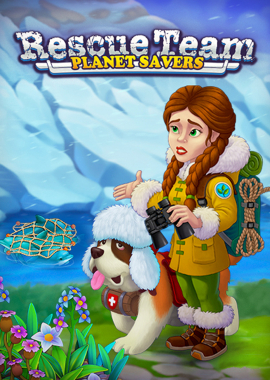 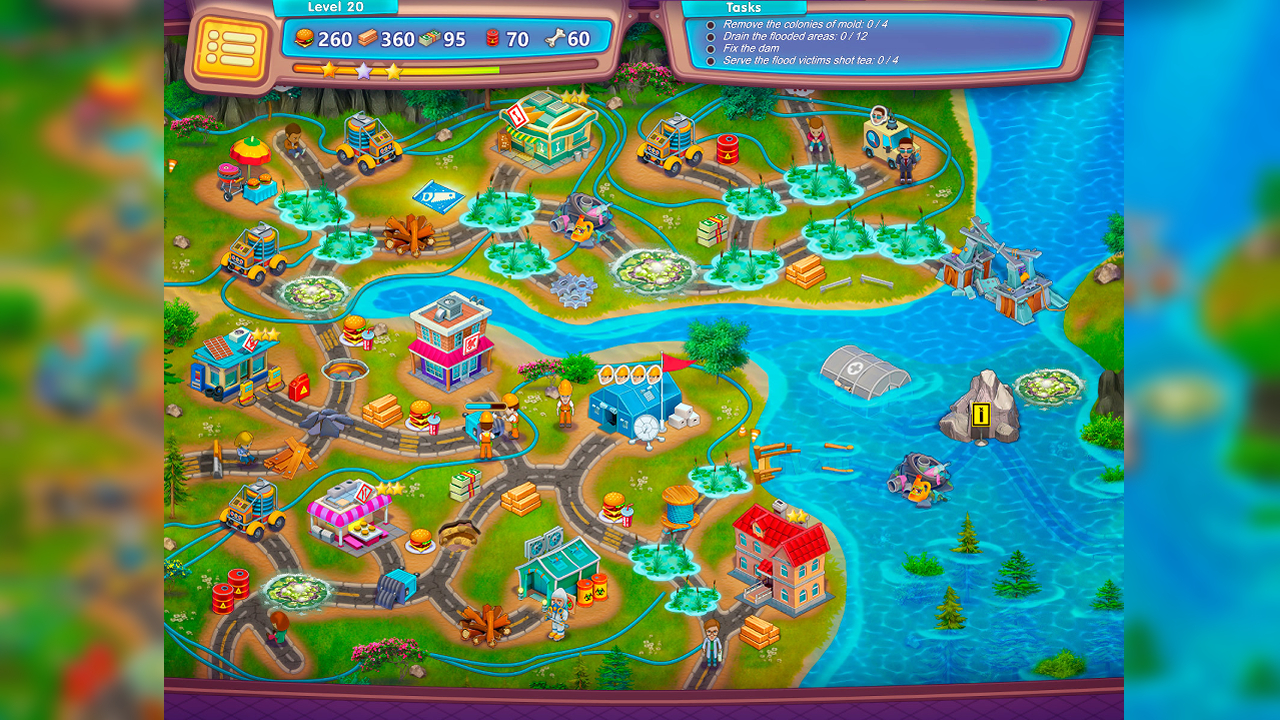 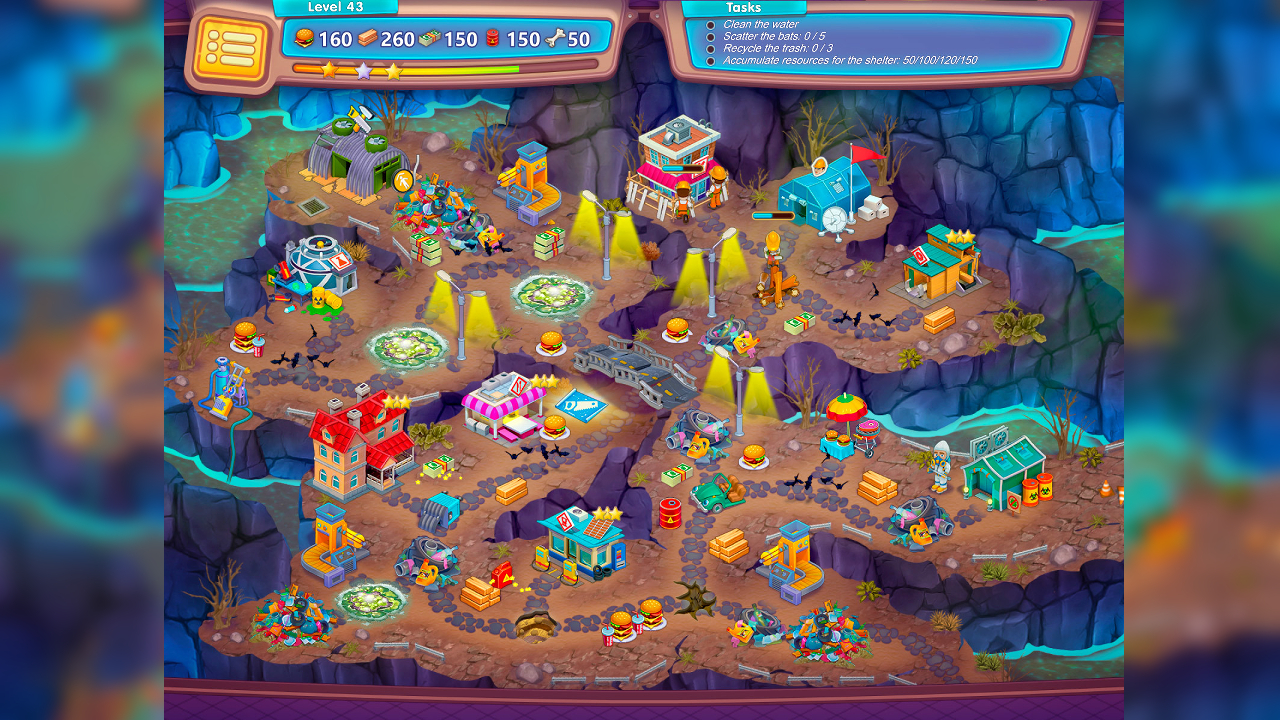 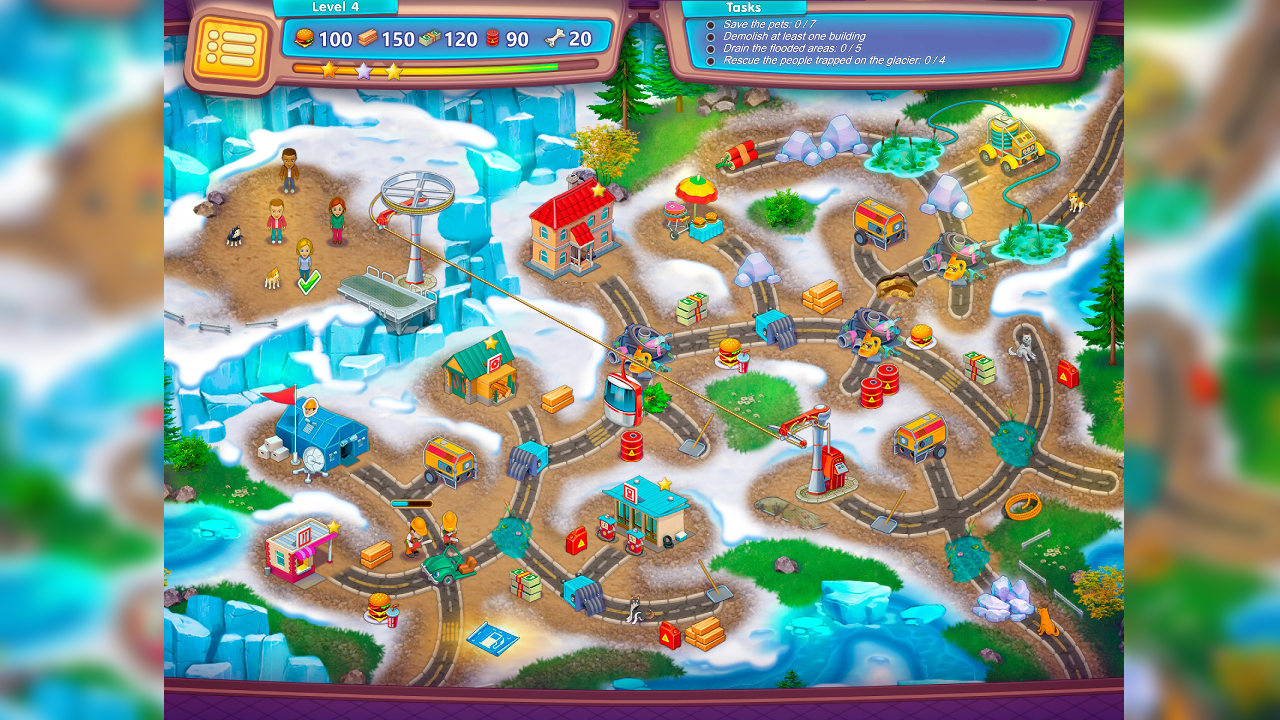 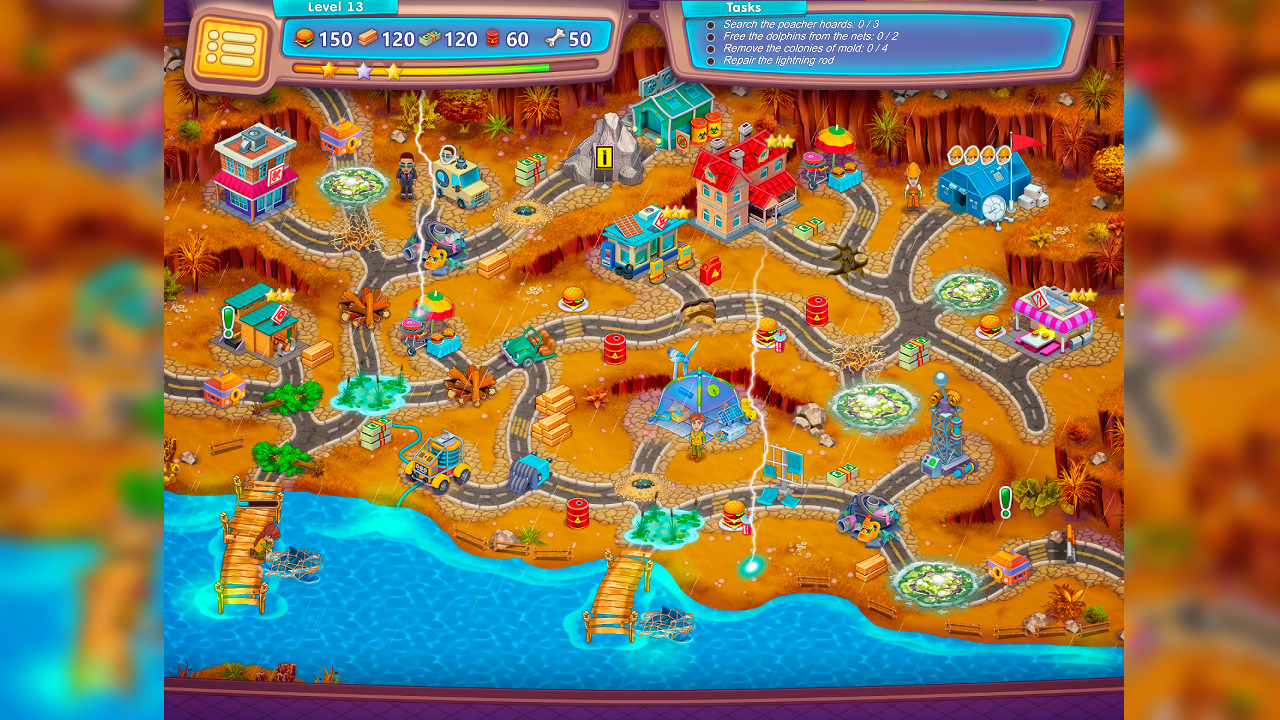 Rally the Rescue Team to stop a glacial meltdown that could have catastrophic consequences!

When global warming unleashes a rash of natural disasters, the Rescue Team swoops in to save the victims! With a few easy clicks, the player races against the clock to deploy helicopters to hilltops to rescue stranded tourists, send rescue dogs into churning waters to save people from drowning, and dispatch firemen to hose down burning buildings and debris.

The excitement builds as the player gathers and produces the resources he or she needs to rebuild hospitals so doctors can heal the injured and jails so the police can stop thieves in their tracks!

All of these thrilling quests take place in a vibrant and colorful world packed with secrets to find and rewards to earn. From scorching deserts to frozen frontiers, each beautifully animated setting will take the player closer to a final challenge in which the fate of the world rests in his or her hands!

Are you ready to save the day? The adventure is just a click away!