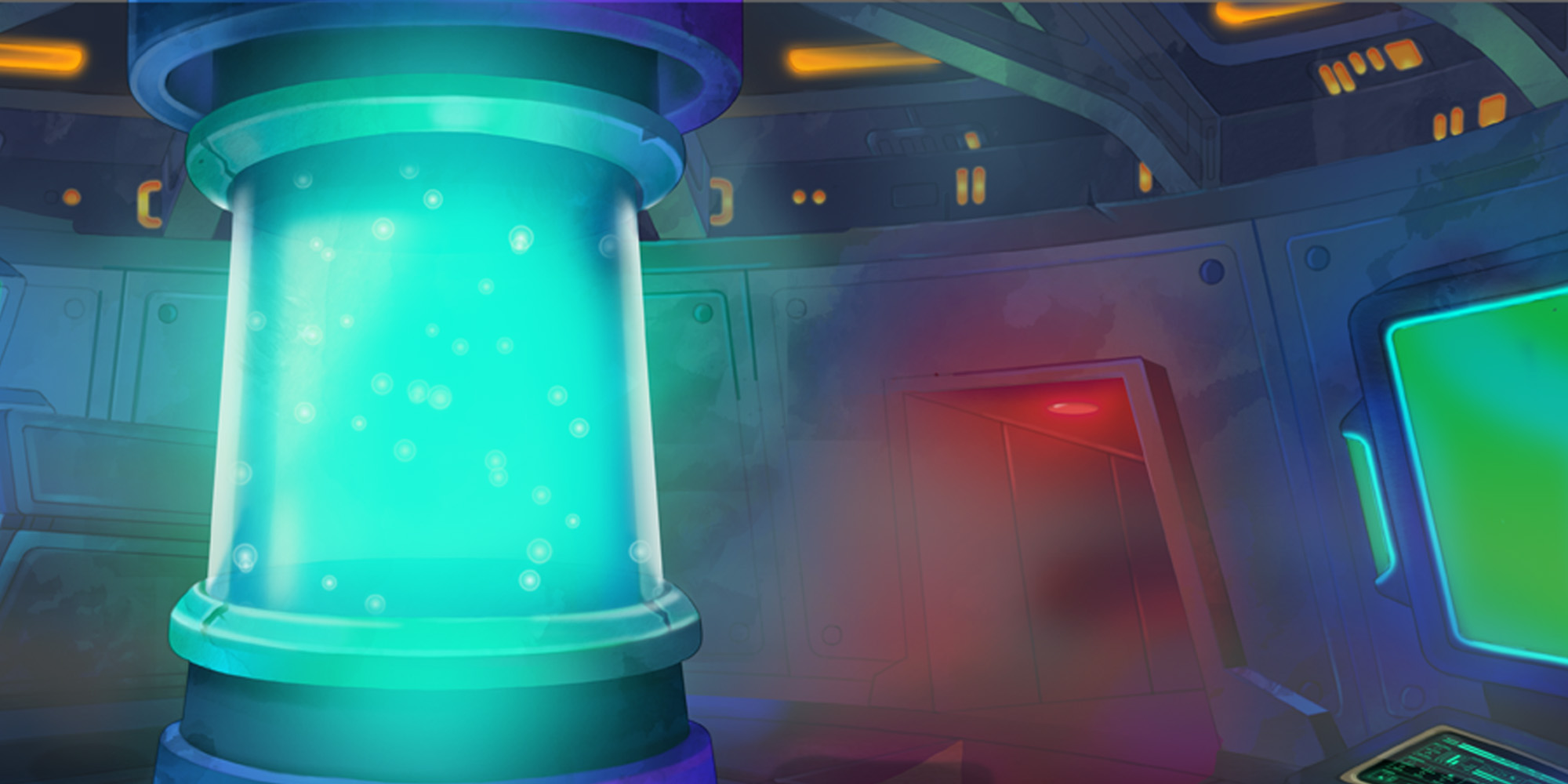 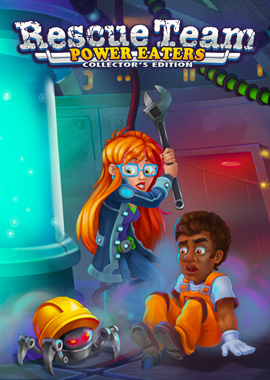 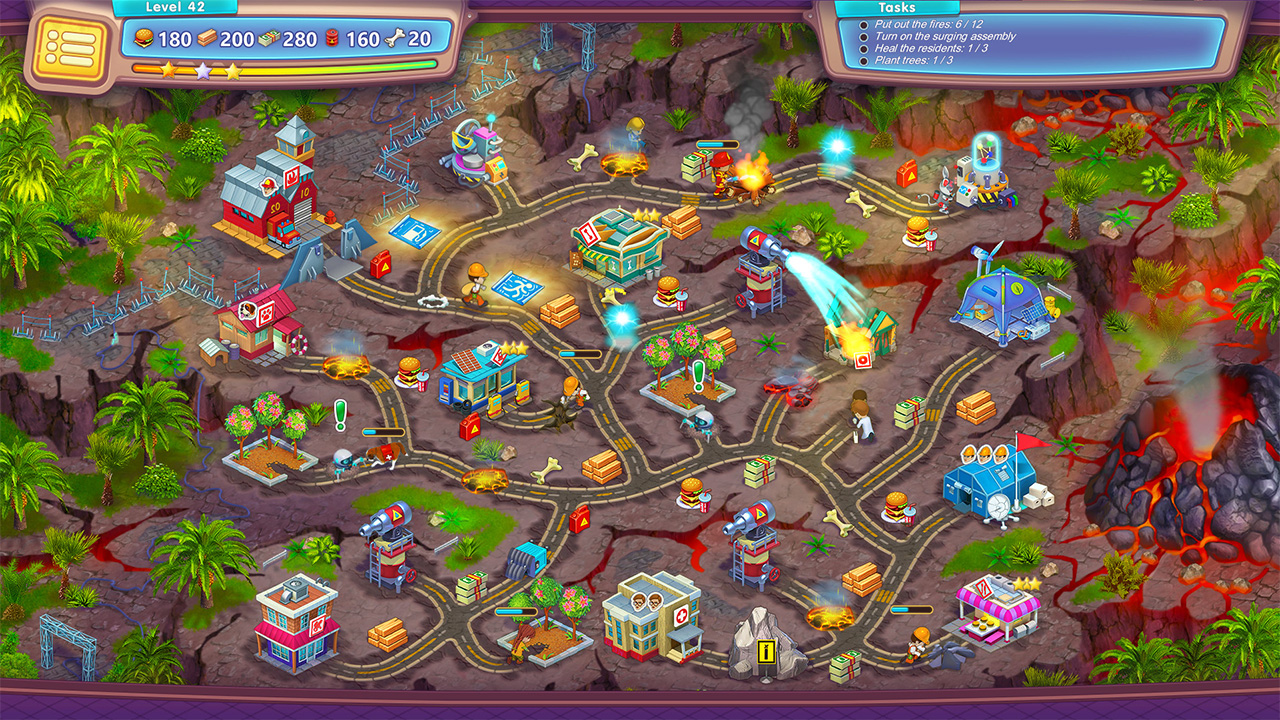 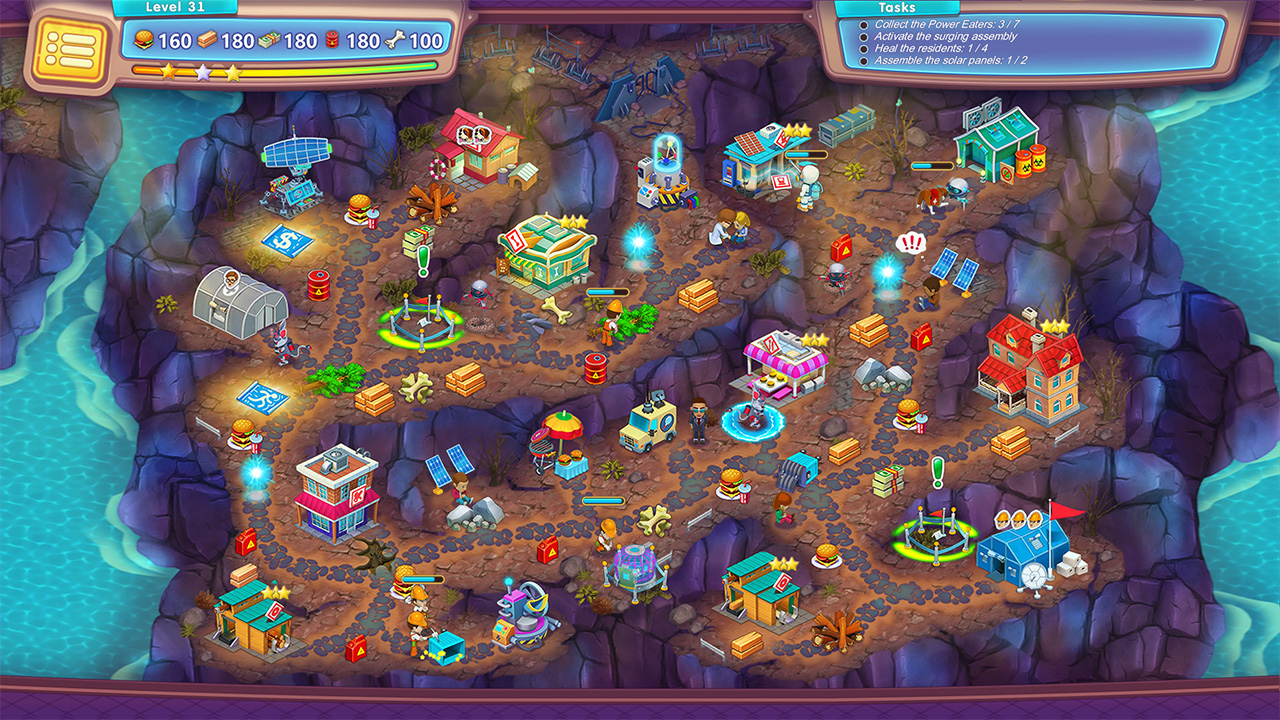 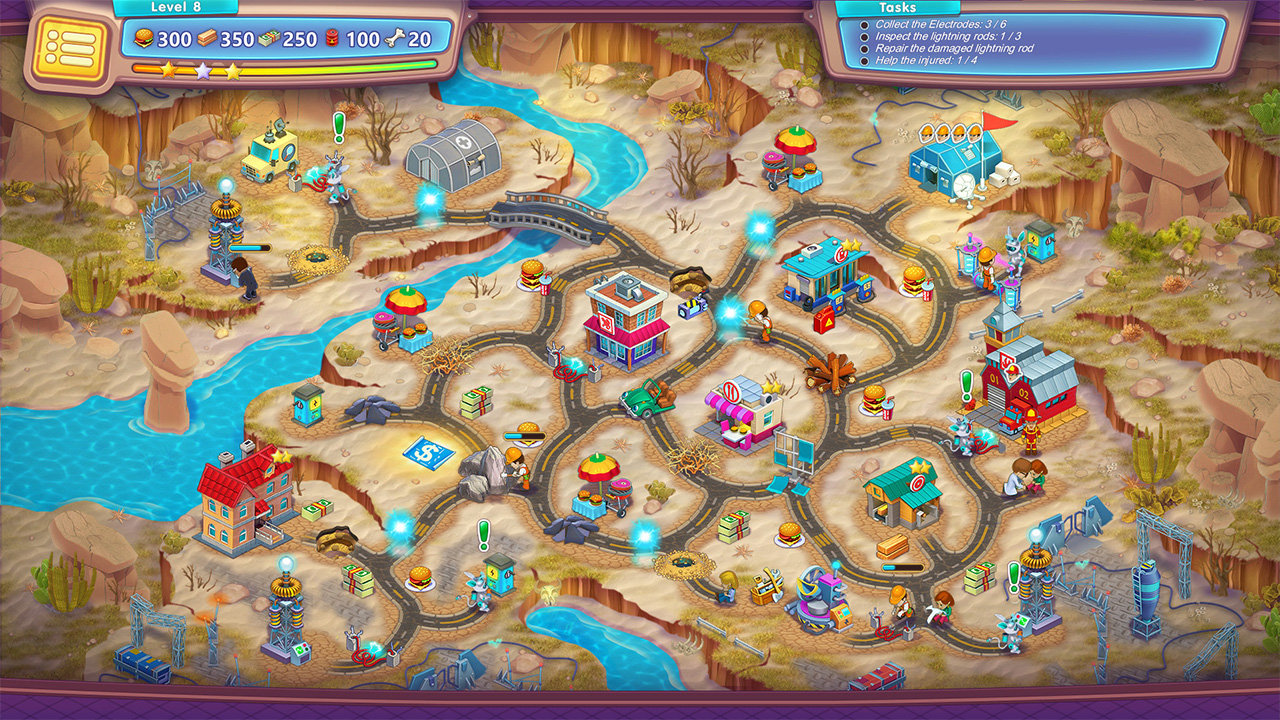 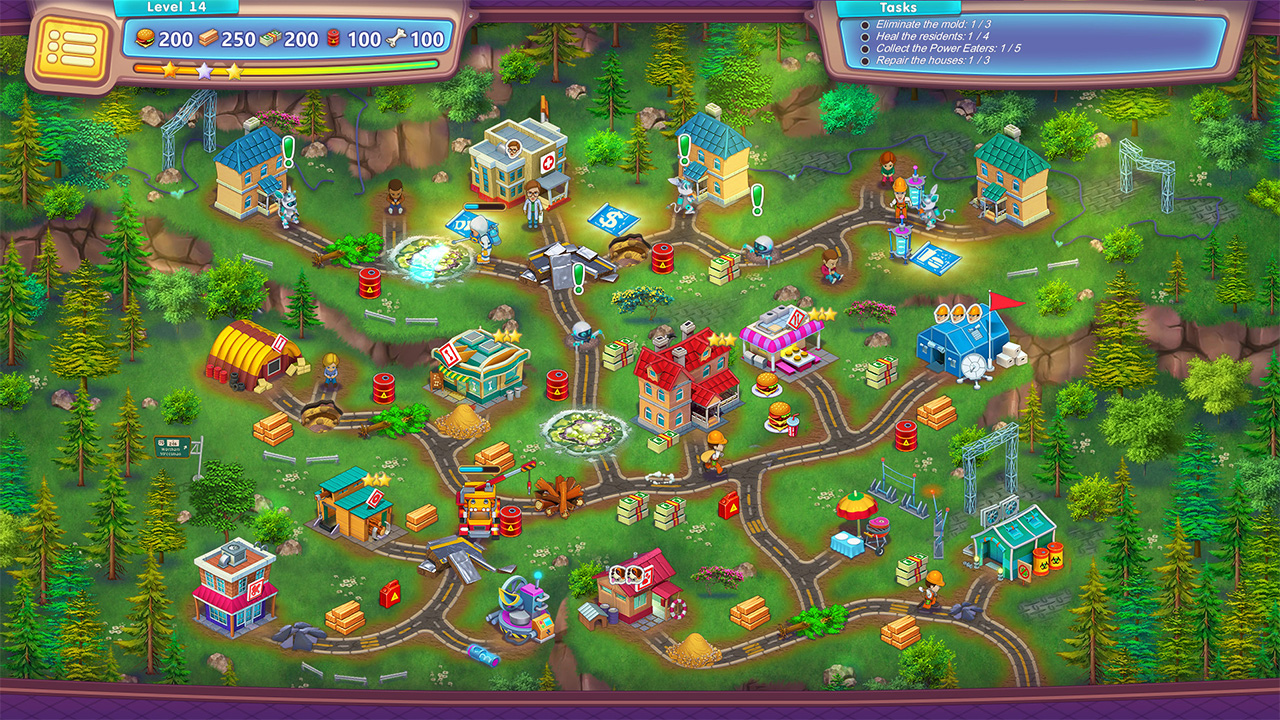 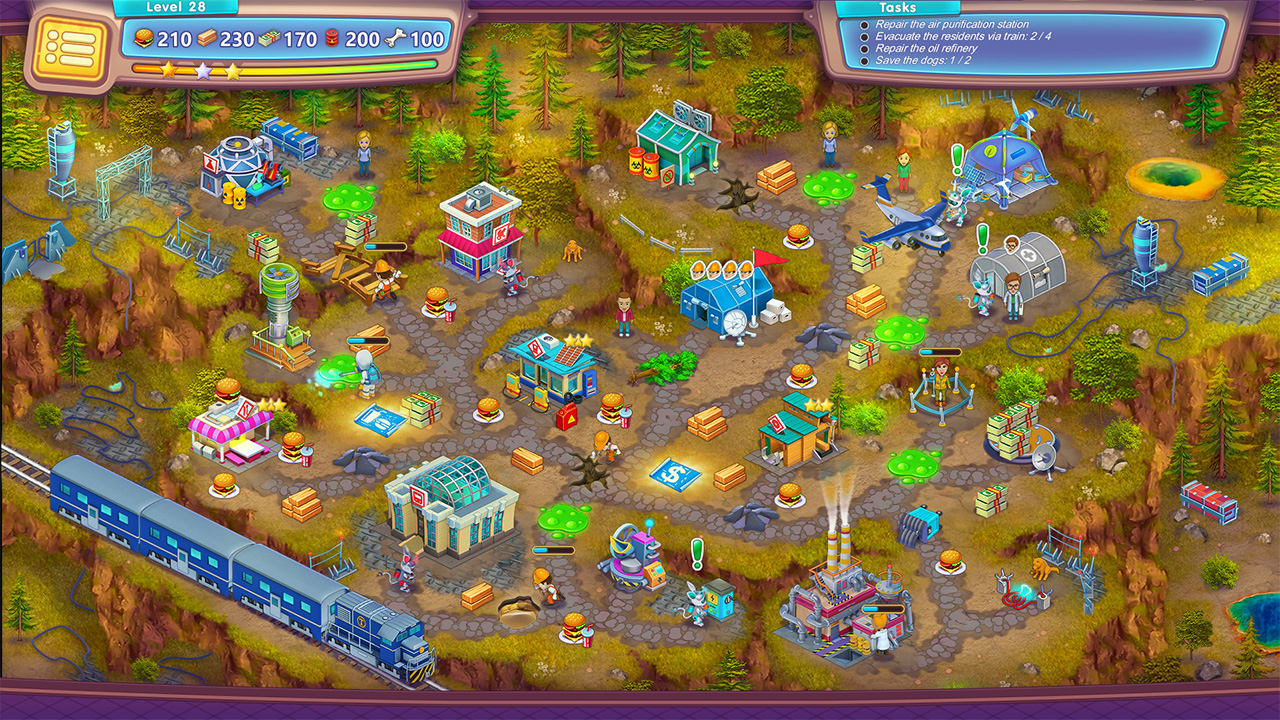 The Rescue Team is on standby when it starts receiving reports of strange phenomenon taking place around the globe. At first, wacky weather patterns seem to the worst of the planet's worries, but then strange robotic creatures begin to emerge from oceans and caverns and spark catastrophic calamities!

Known as Power Eaters, the robot forces unleash unimaginable power surges wherever they appear! As the leader of the Rescue Team, you will use your courageous crew to investigate their origin and shut them down before they turn Earth into a huge ball of lightning!

As you tackle this exhilarating quest, you'll plan out the best path through each level and the race to gather resources, repair damage, save victims and defeat an ever-growing variety of bizarre robots.