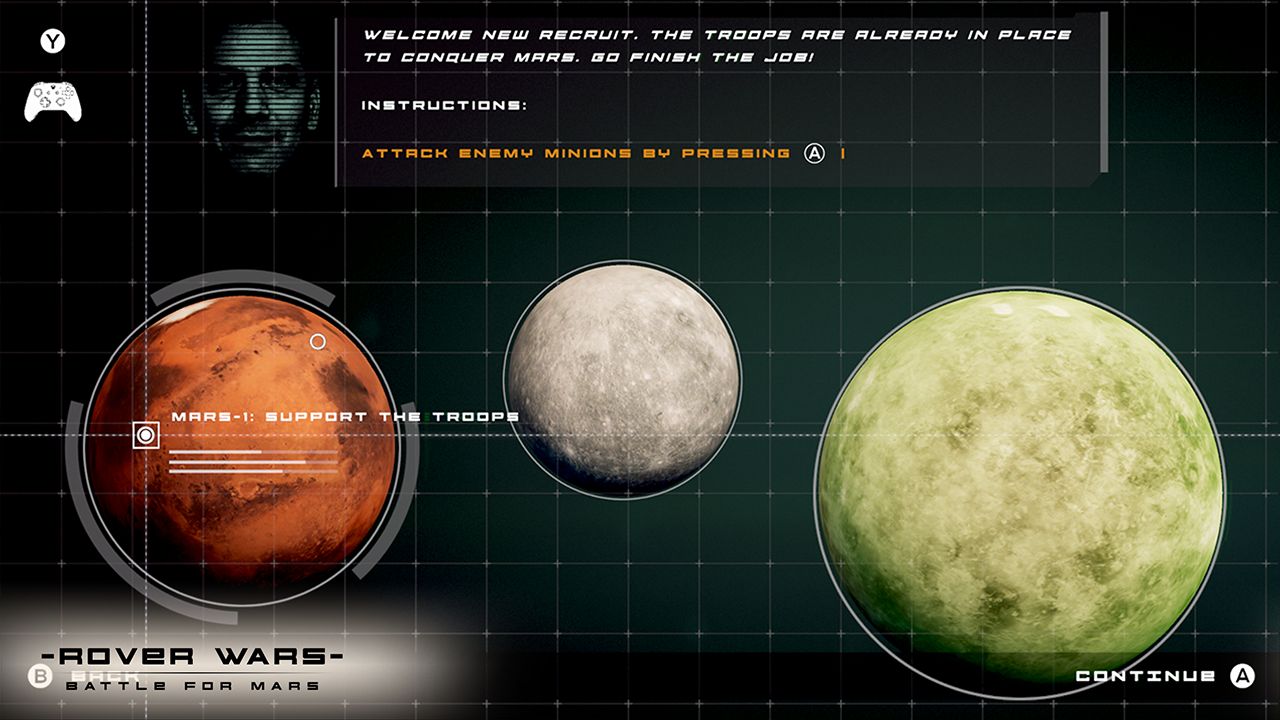 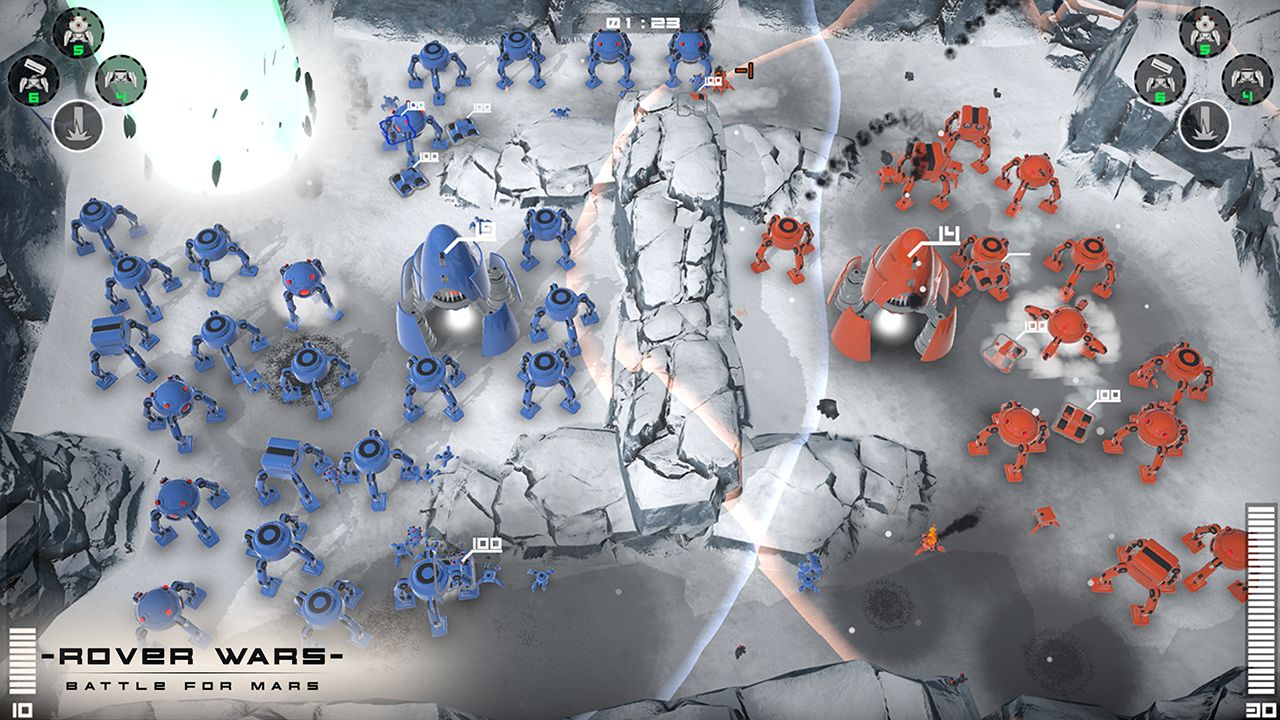 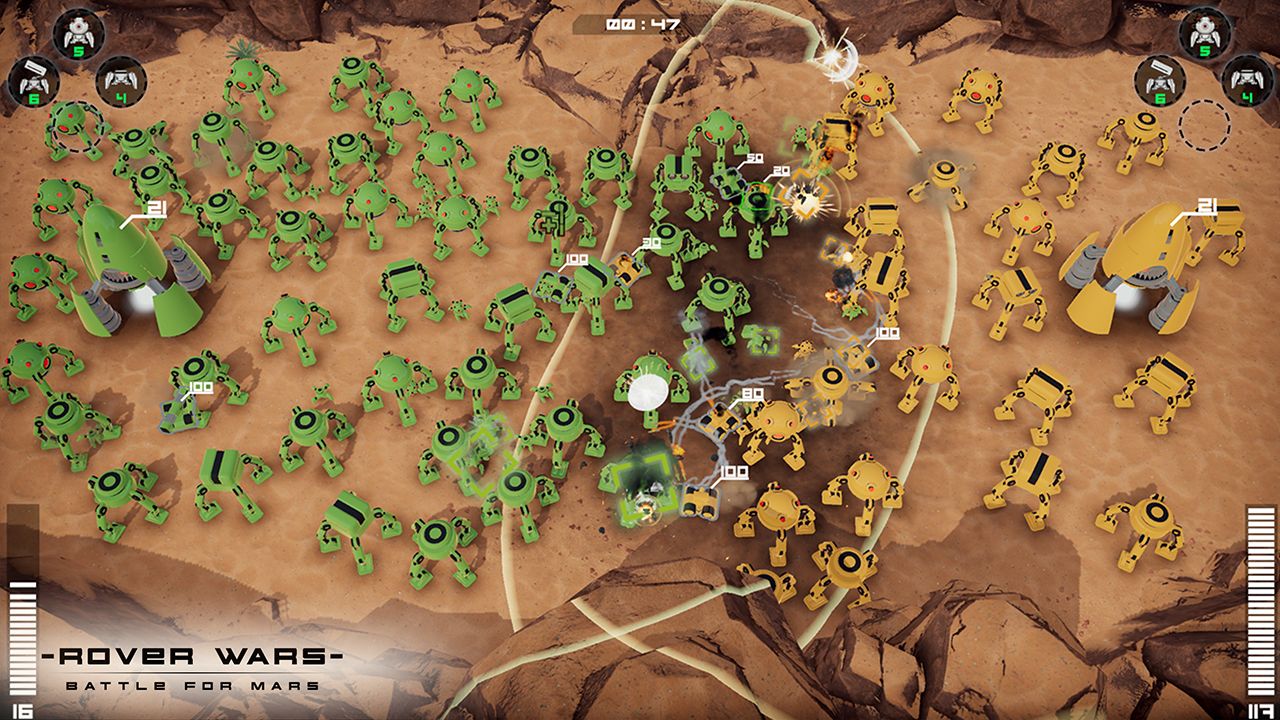 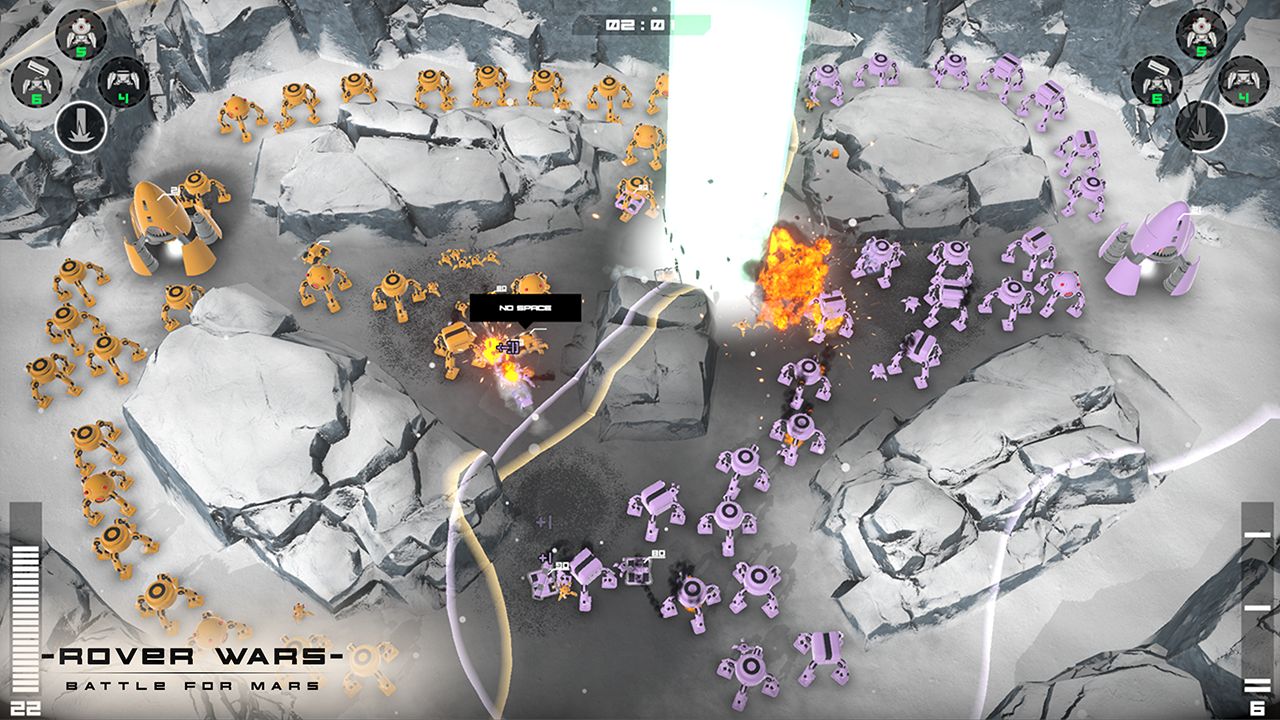 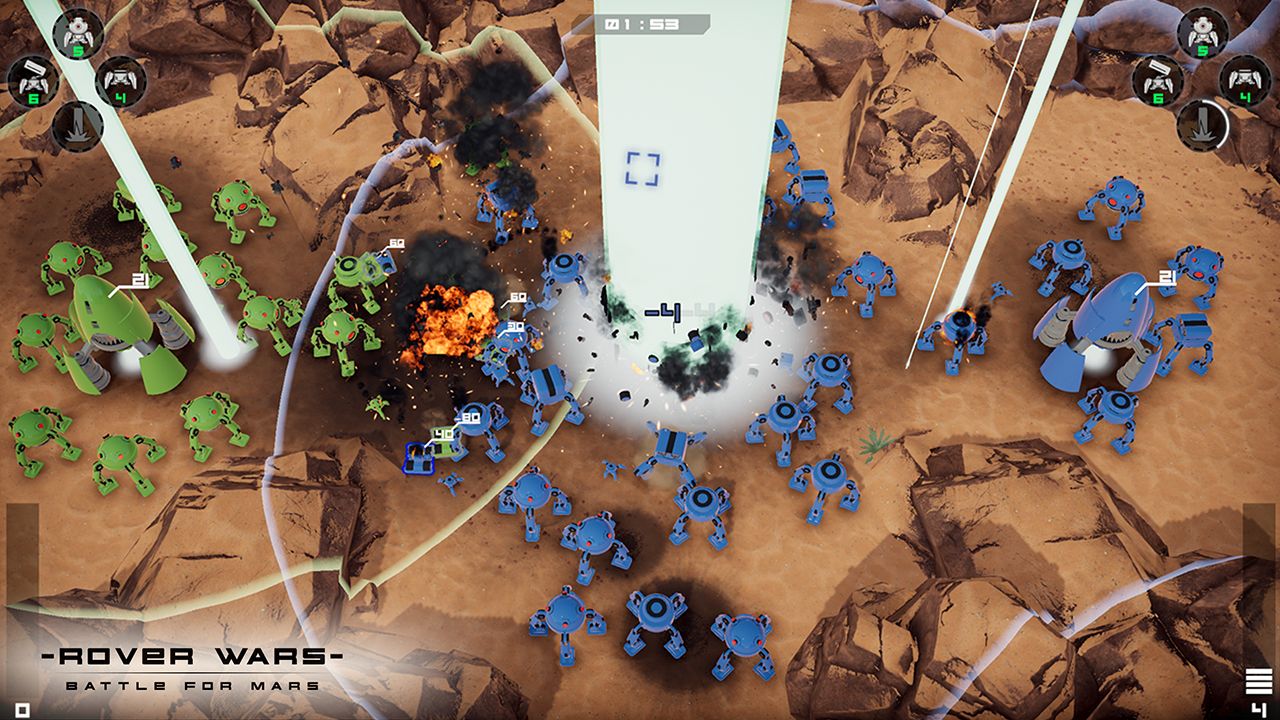 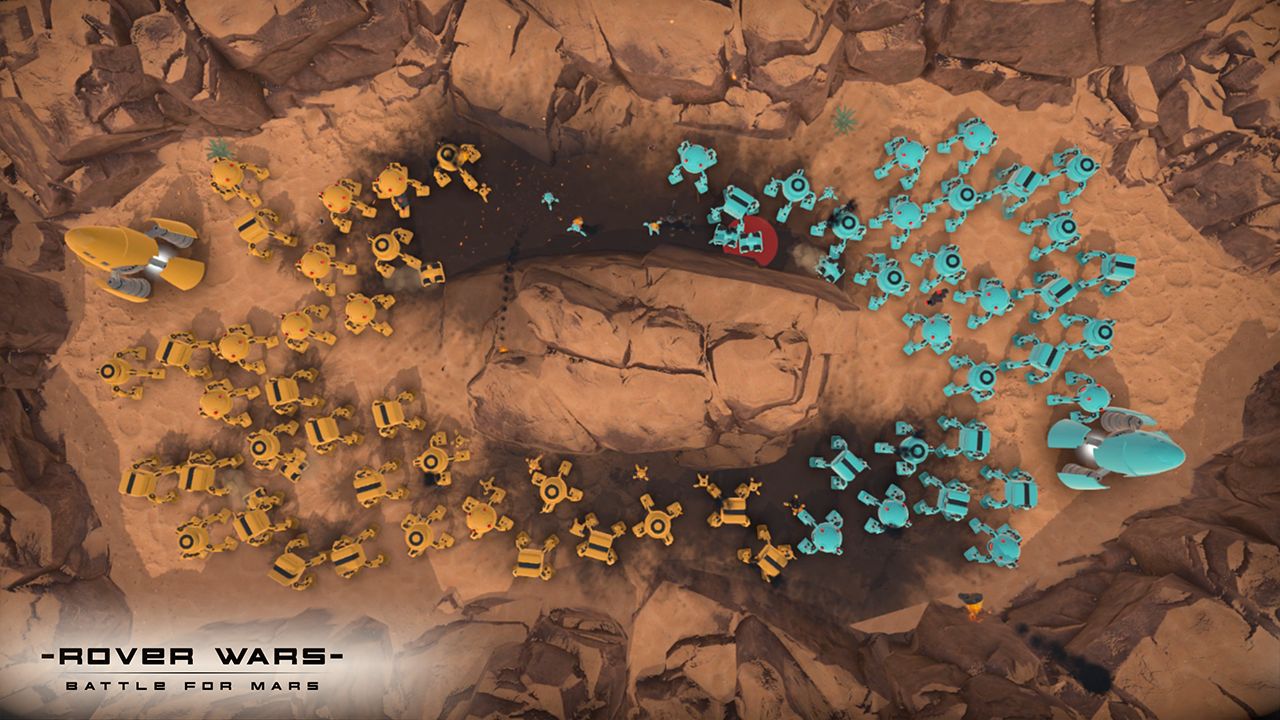 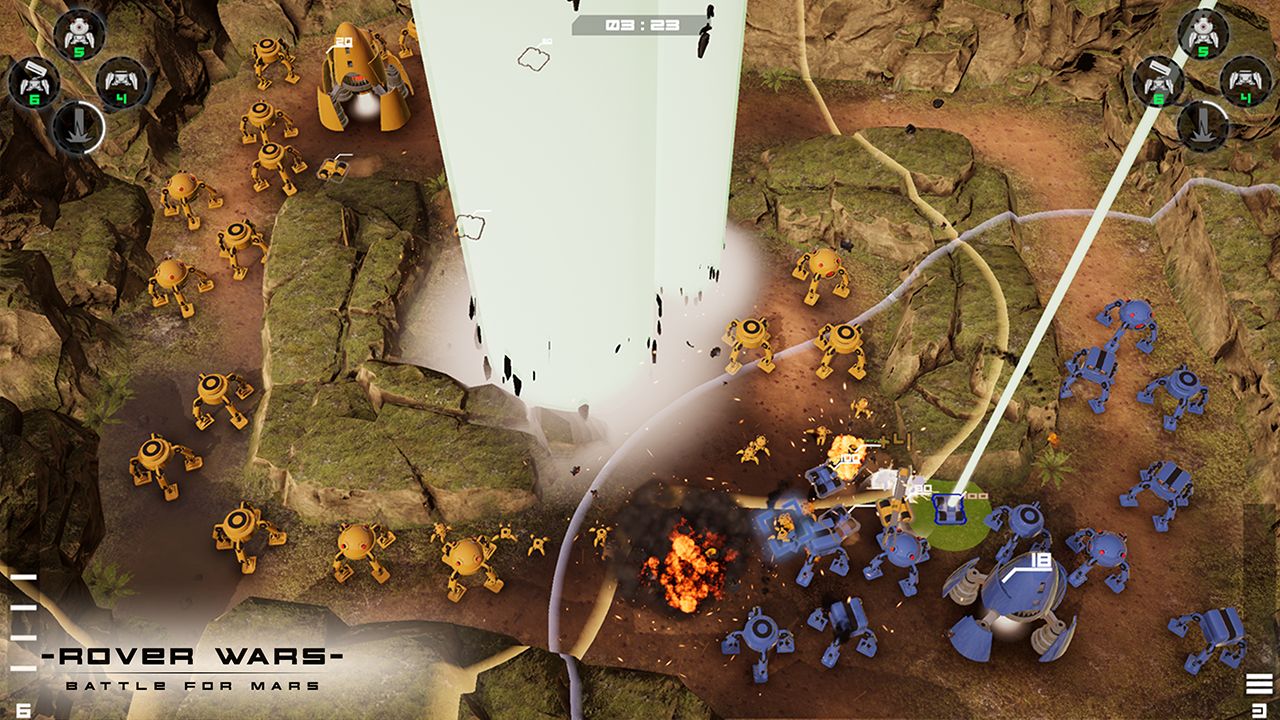 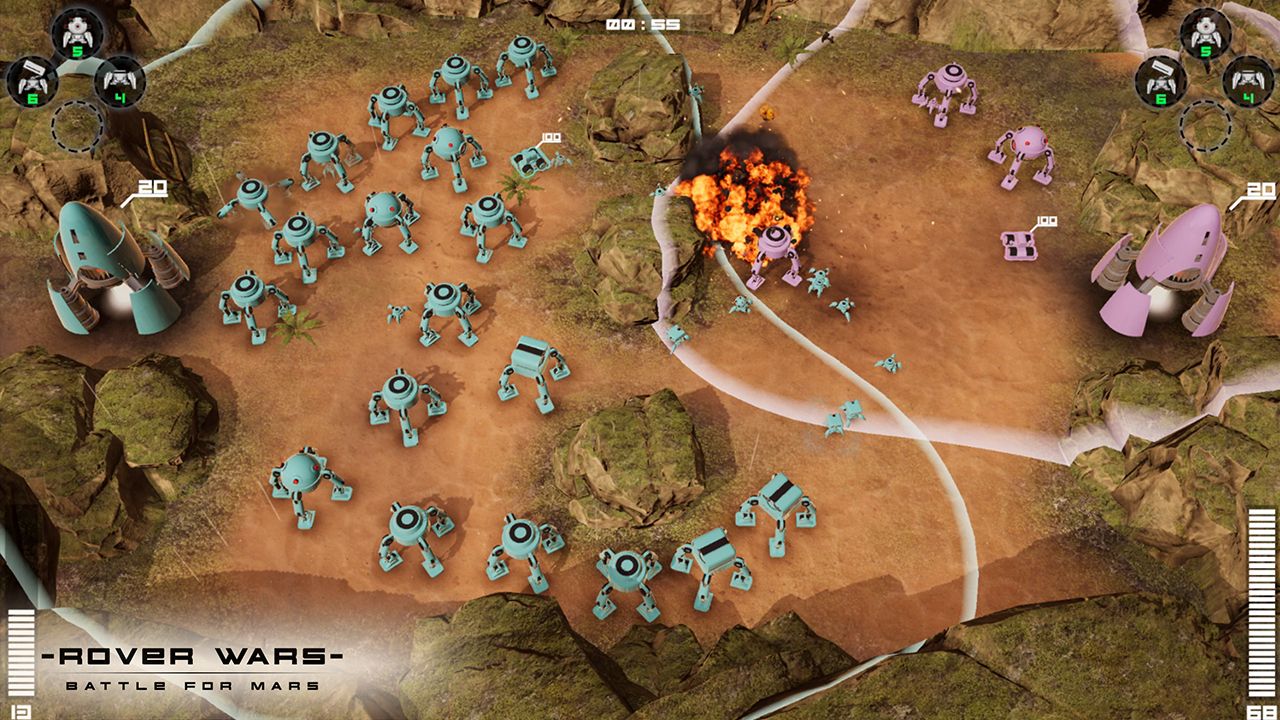 If you are up for a casual yet spicy cocktail of action and strategy, but not planning to spend hours learning how to play, then Rover Wars might just be your thing.

You jump straight into the action with your little Rover to start building factories and hurting enemy units. The tactics in the game are in resource management and the placement of factories. Factories poop out minions that will find their way to the enemy facilities and destroy them. Once you destroy the enemy base, you win. simple.

Rover Wars has a neat local multiplayer system. It allows up to 8 users to join the game. To avoid couch conflicts we implemented some brilliant AI to battle cooperatively. There are always 2 teams and each side has a maximum of 4 Rovers. During battle, players can even switch teams or add some AI.

SO WHAT MODES ARE THERE?

Rover Wars has a campaign mode and a battle mode. The campaign mode will keep the average player busy for about 2 hours. Instead of providing a deep story, the campaign focuses on challenging you incrementally. You can play the campaign in co-op too.

Besides the campaign there is also the battle mode. This allows you to battle in one of the 17 instantly available maps and tweak many settings such as base strength and AI intelligence.

Developers Note Thanks for even reading this far! We are a team of 5 and had an amazing amount of fun making this game. We hope you will too. If you need any support just drop us a line. We are happy to help. We are super thankful for your support and will keep our ears open for improvements.