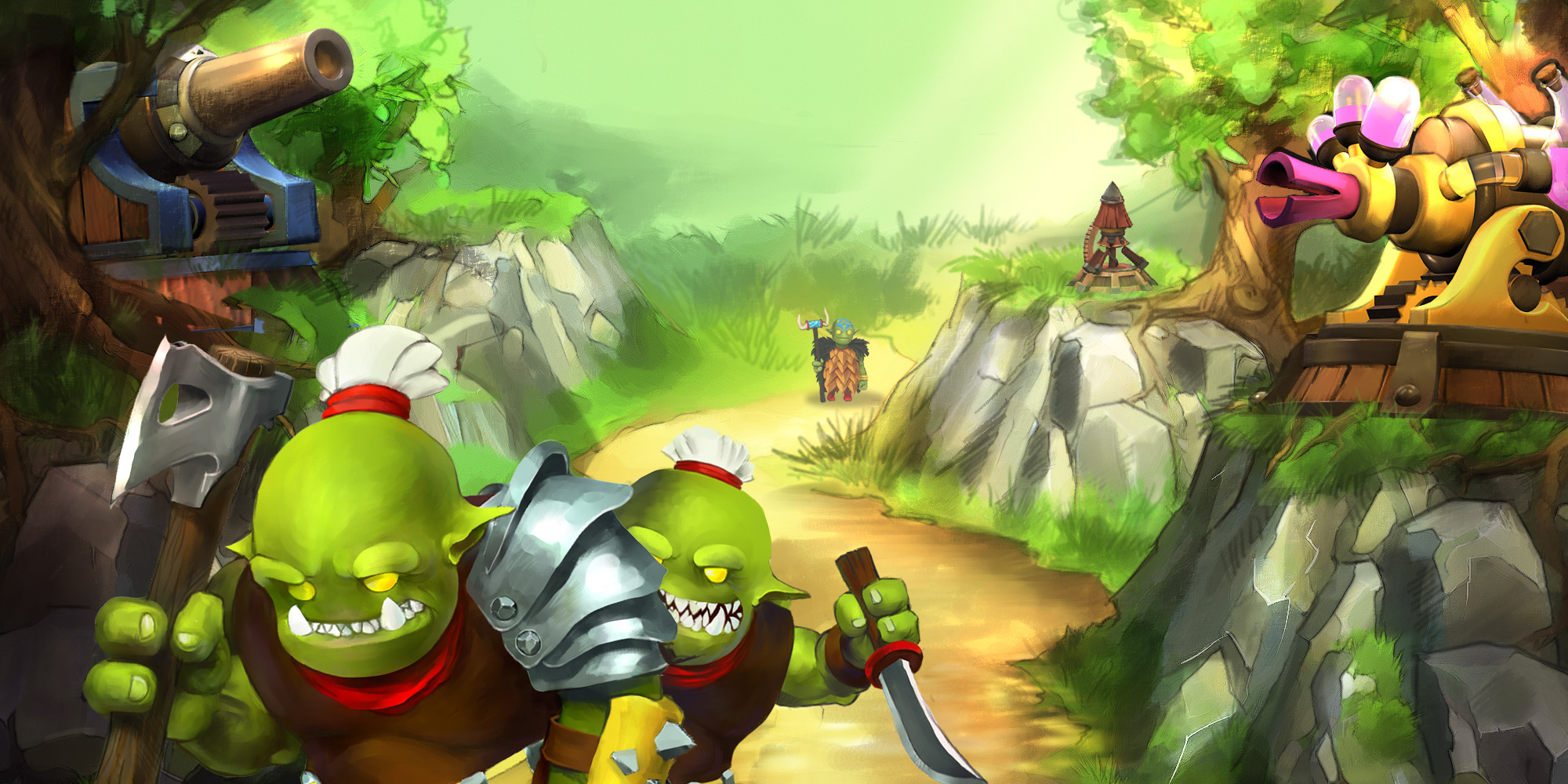 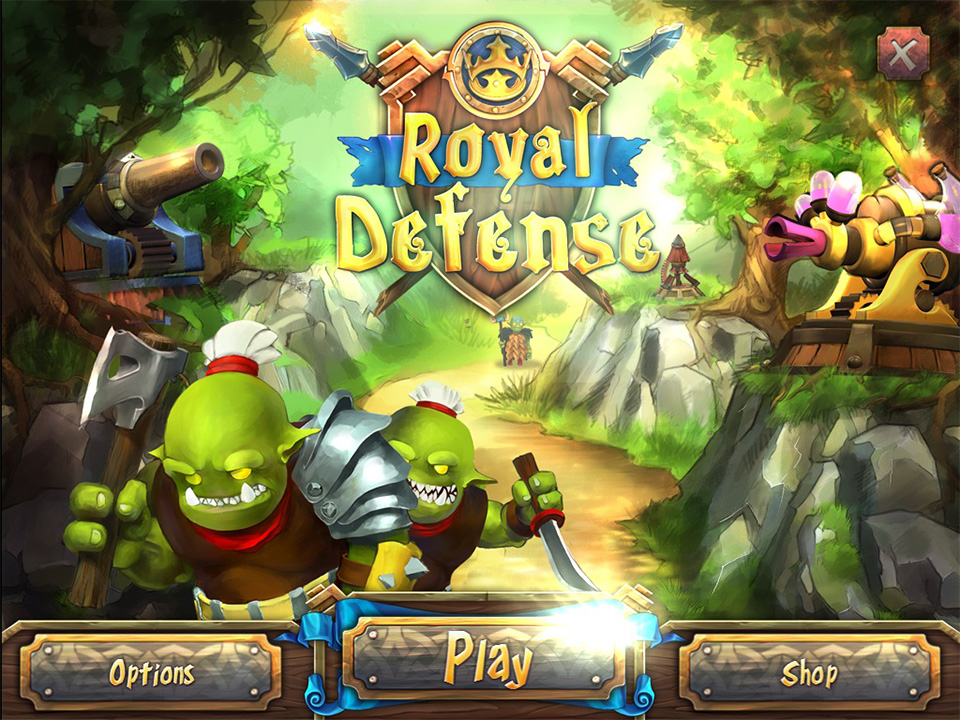 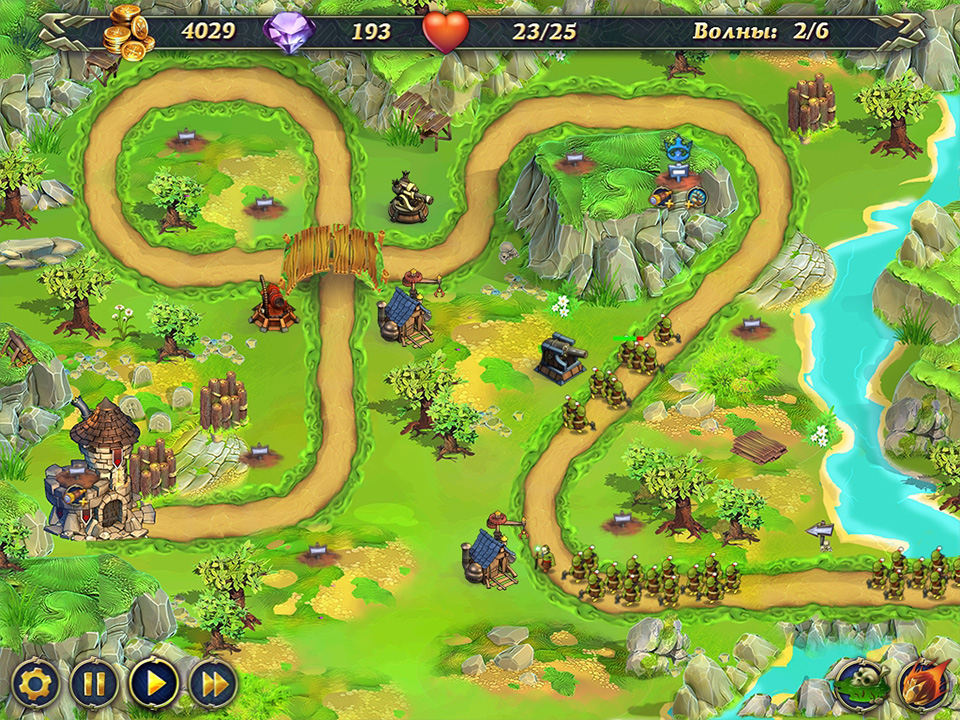 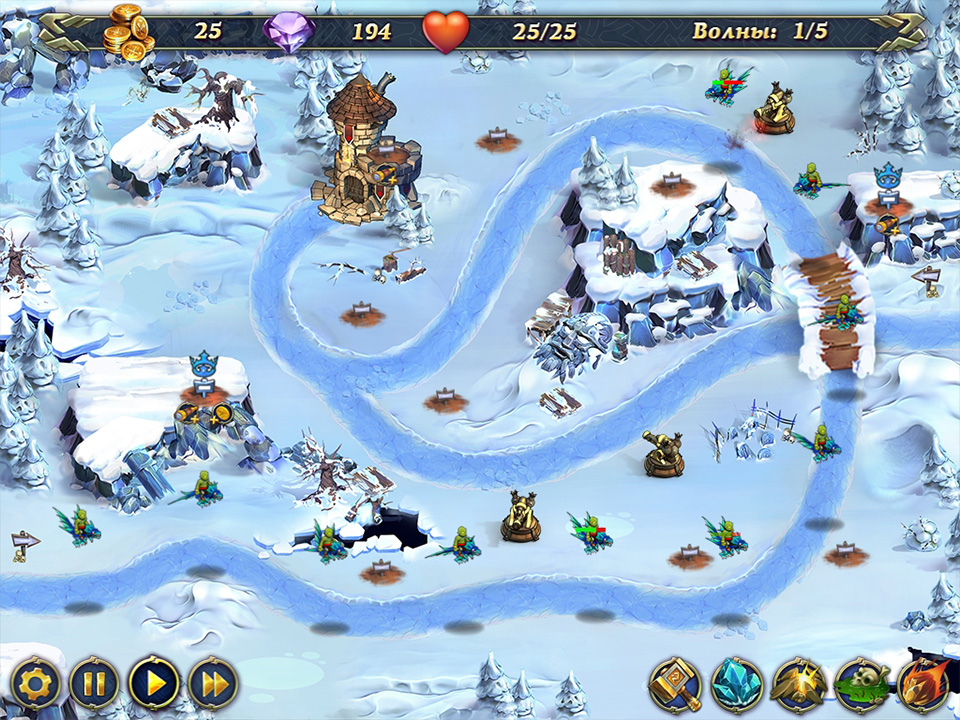 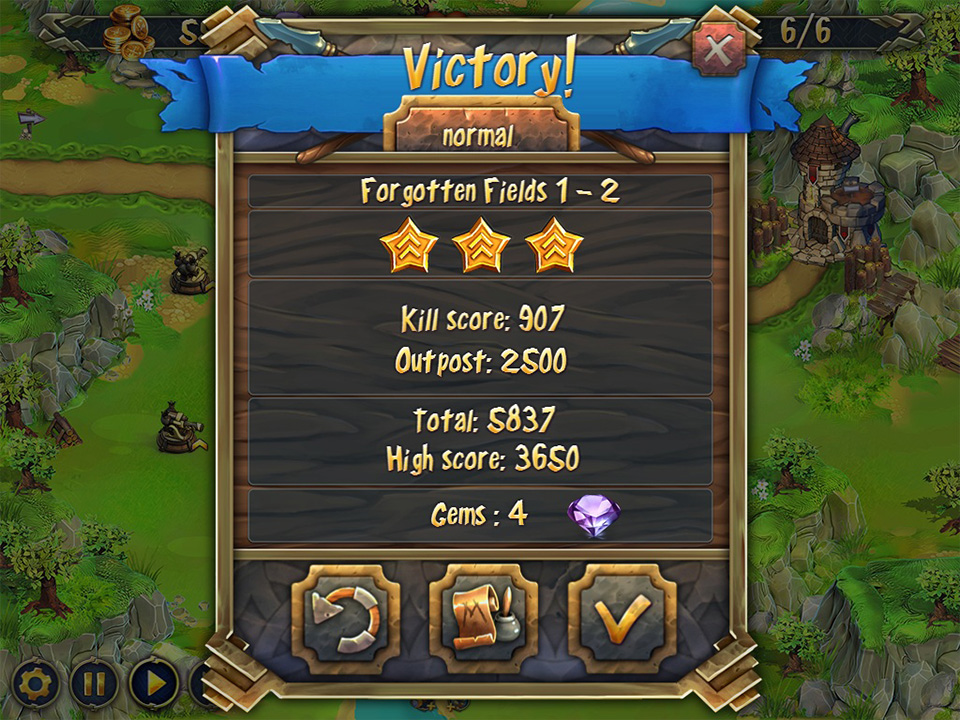 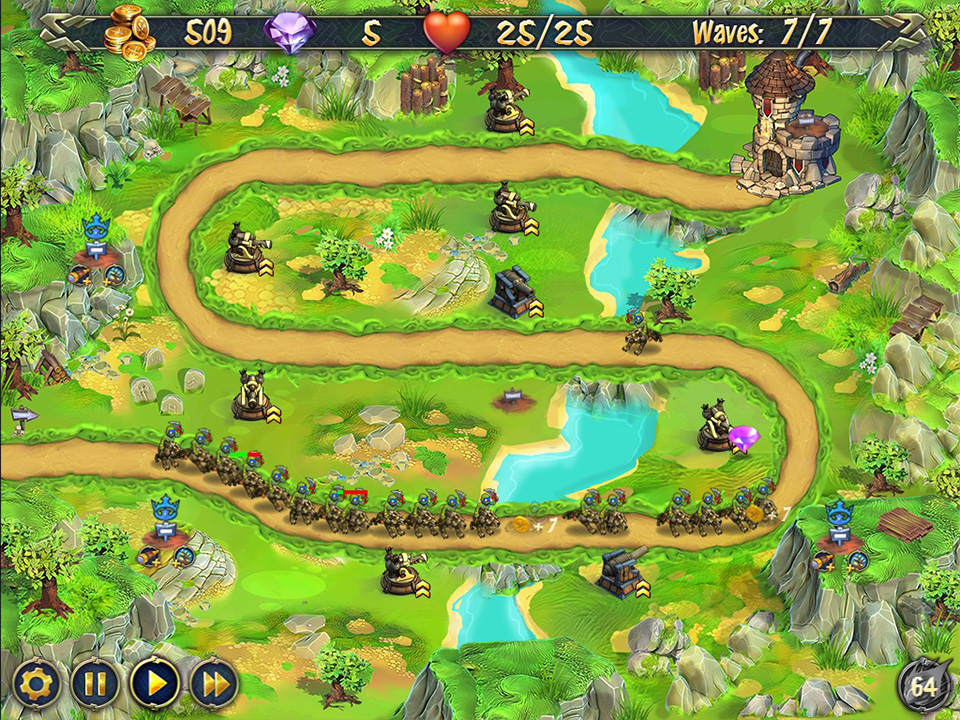 The castle needs a hero – hordes of trolls are surrounding it! Build towers, save money, learn spells - don't let the enemy in! Follow the exciting story of the dwarven kingdom's eternal struggle against the troll hordes, who want only to crush the dwarves and claim their territory. Unique units, a wide range of structures, spells, gold and various resources make this game that you will return to again and again. Every single-screen level sees the player's headquarters assaulted by wave after wave of troll forces. To defeat these monstrous hordes, you must construct defensive towers and units and learn to wield powerful spells. Tap anywhere you like for a handy pop-up menu listing all the units and structures you can build in that location. Tap existing structures to see how you can upgrade your forces with ever-more powerful improvements! All your towers and units have specific stats: Damage, Fire rate, Damage radius, Damage type, as well as various other features, such as enemy slowdown and Damage Over Time. Each level also brings new units and structures to help you fight the troll menace. You’ll never be lacking for new and exciting ways of decimating those nasty trolls!