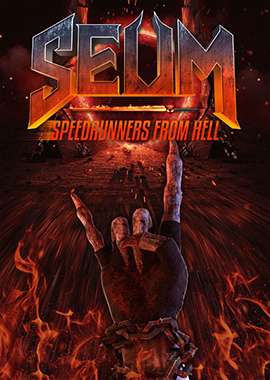 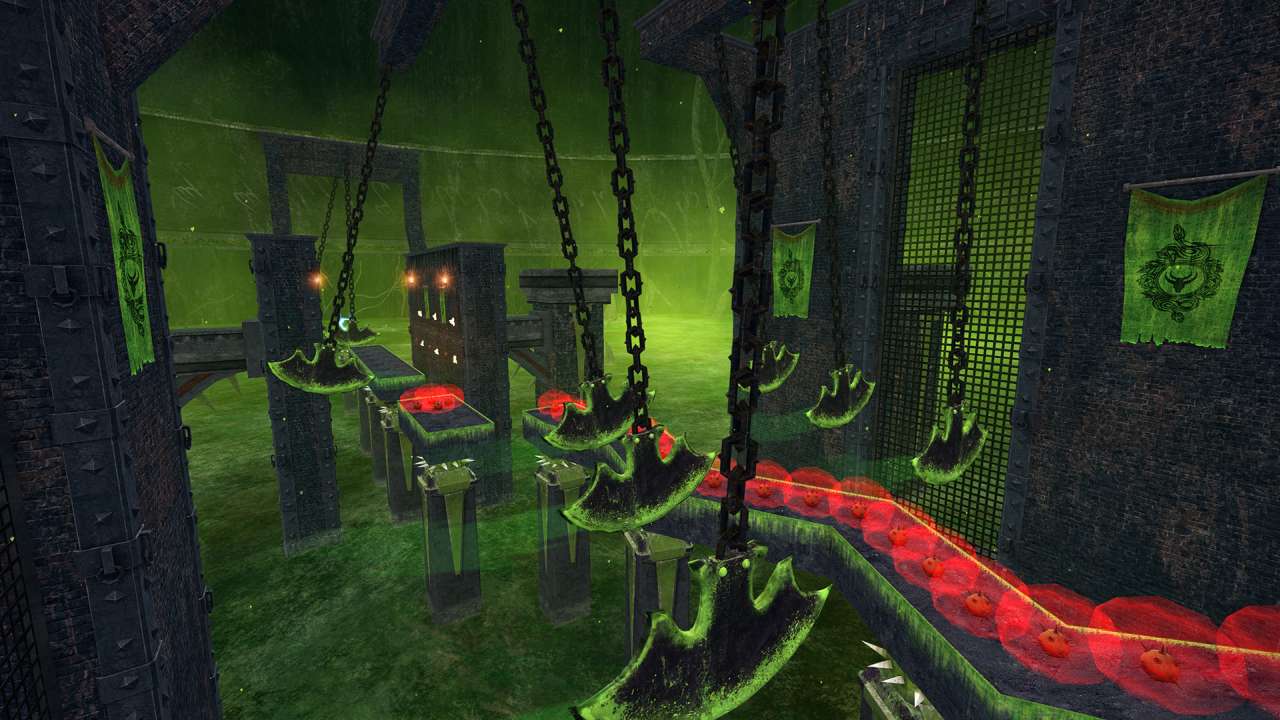 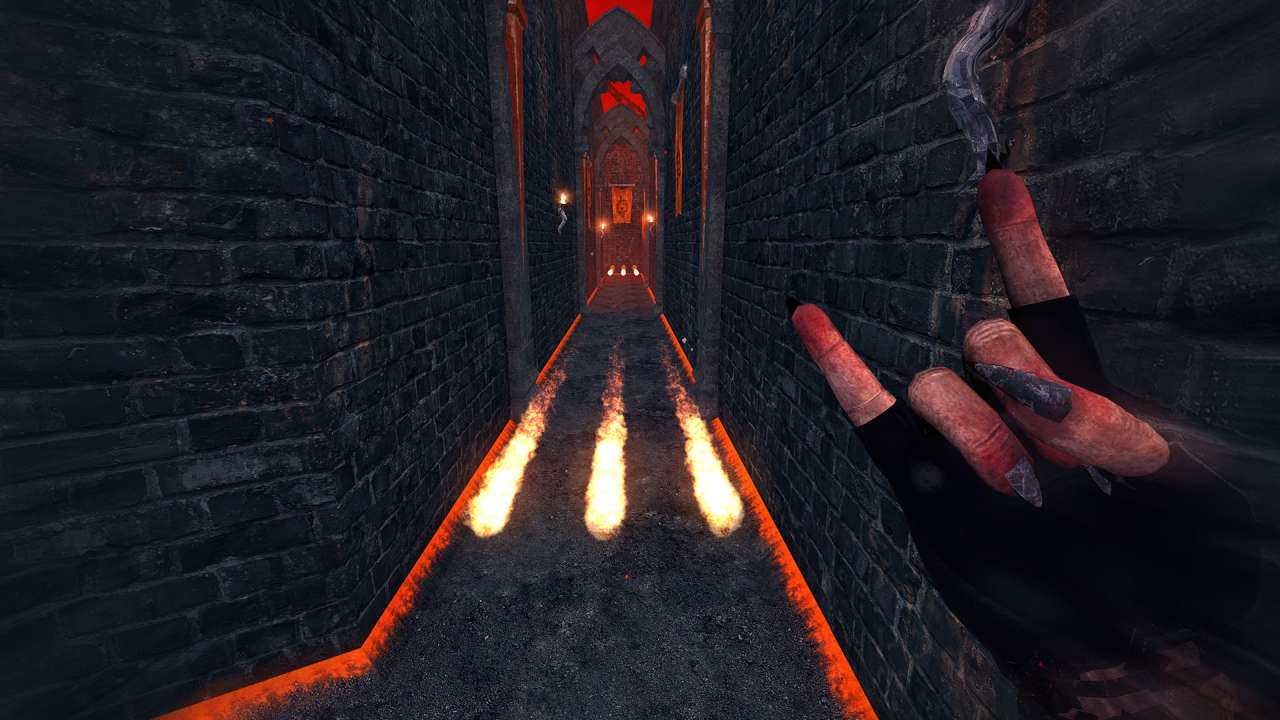 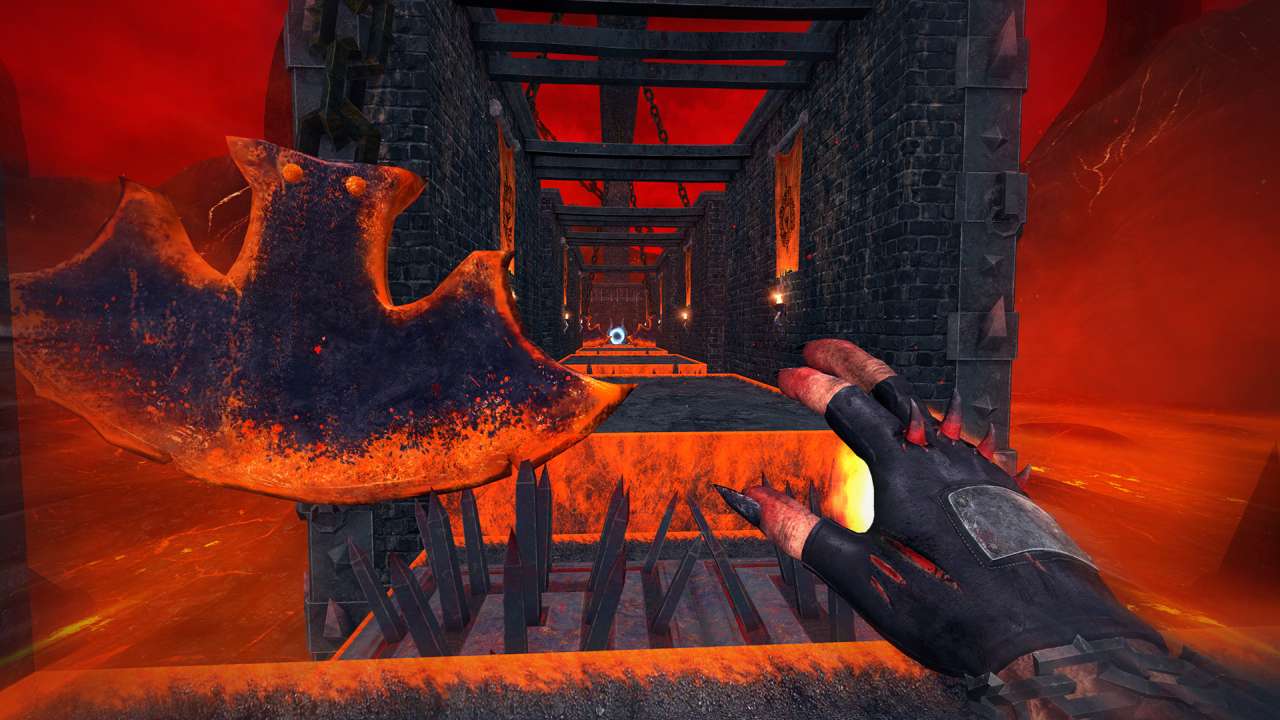 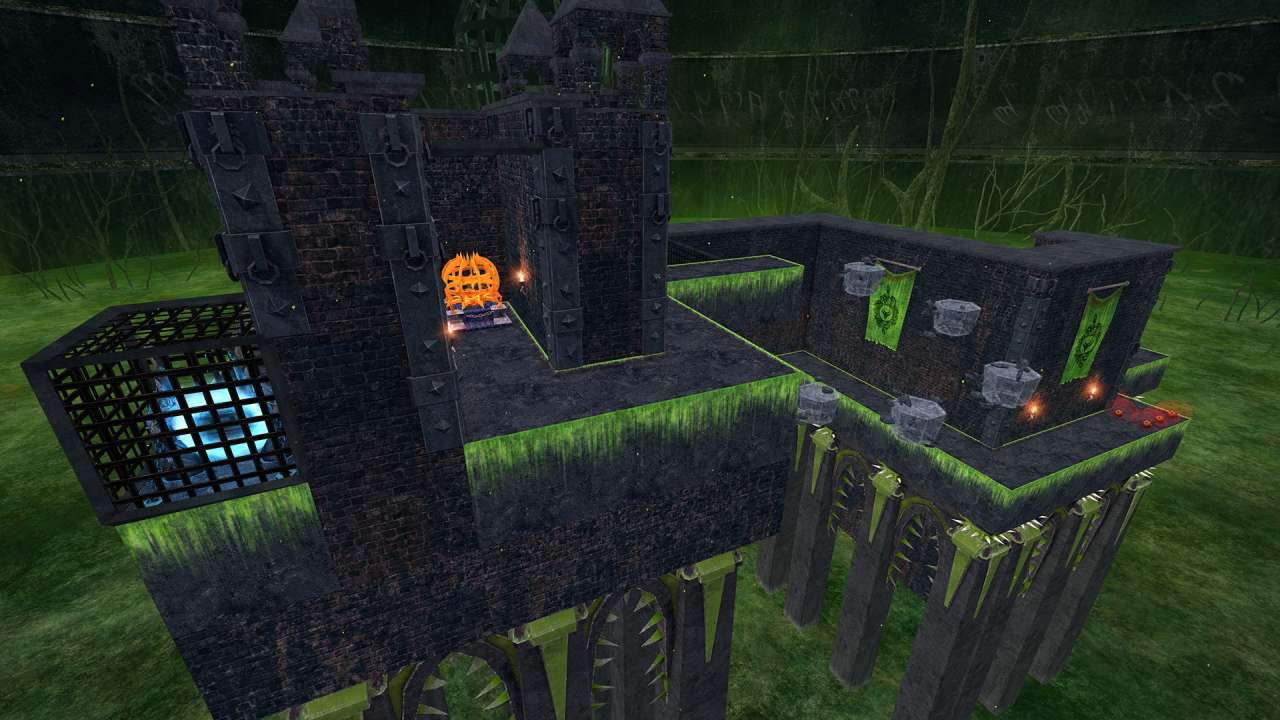 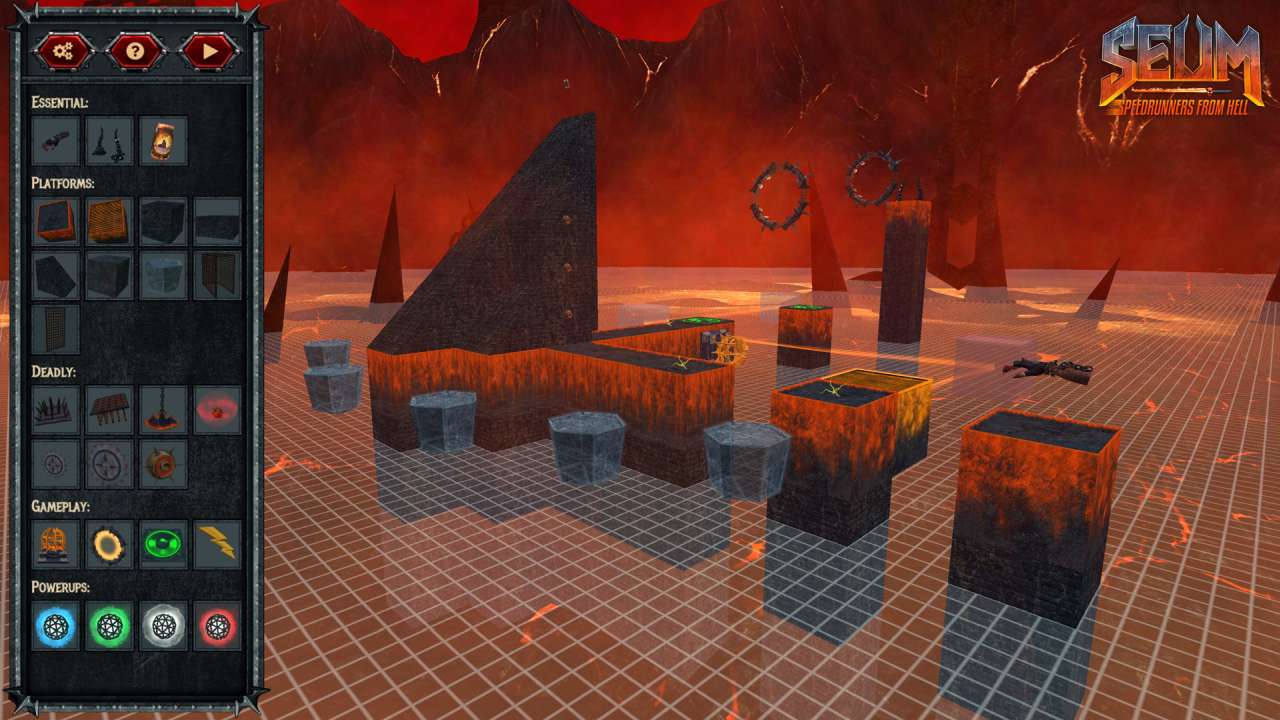 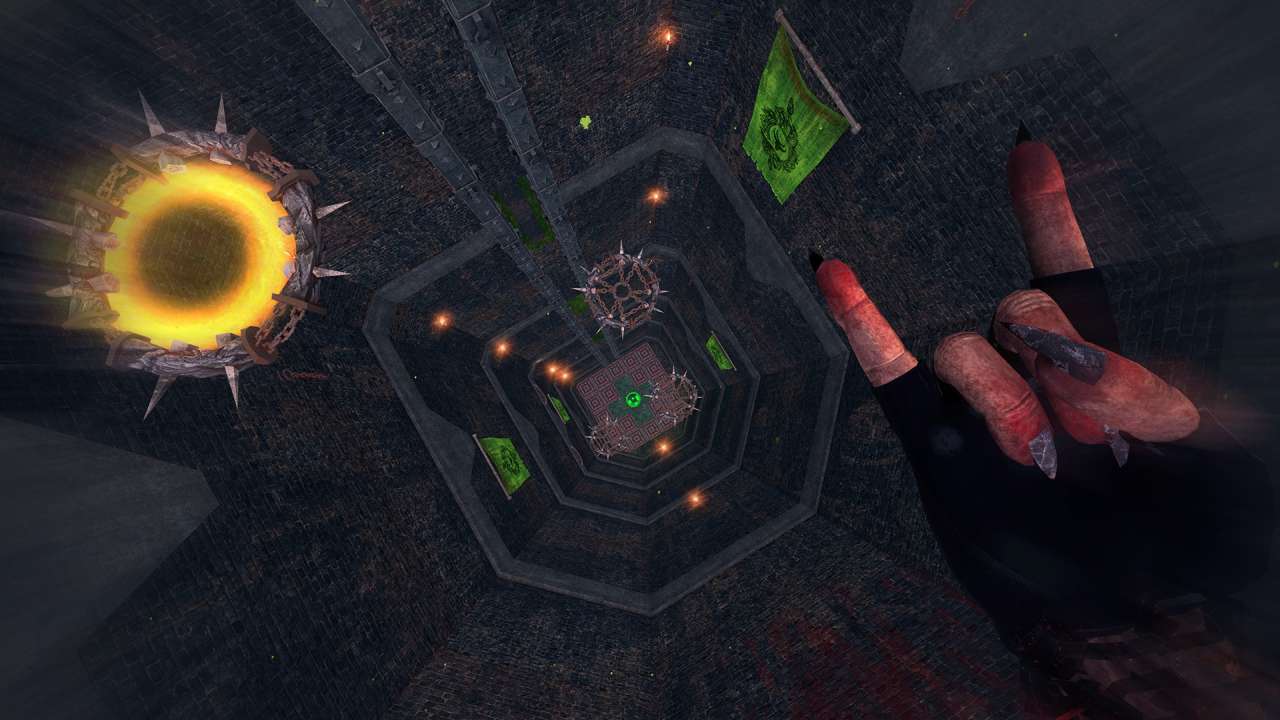 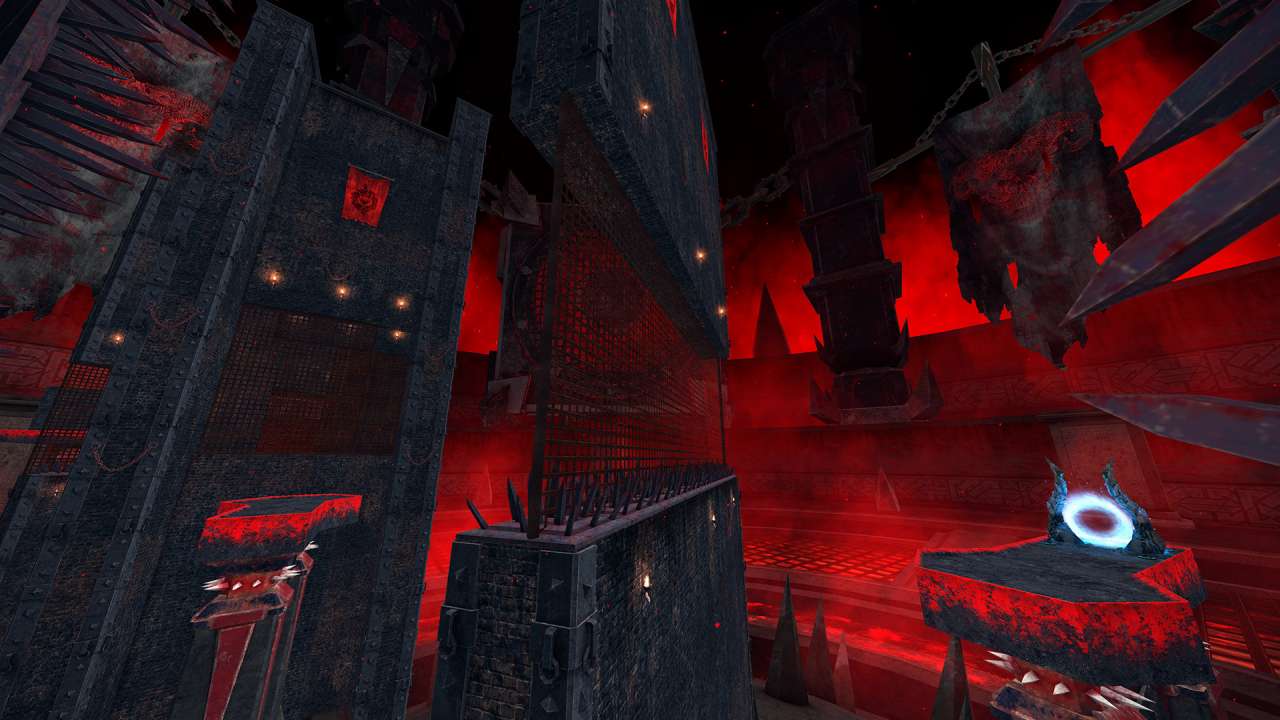 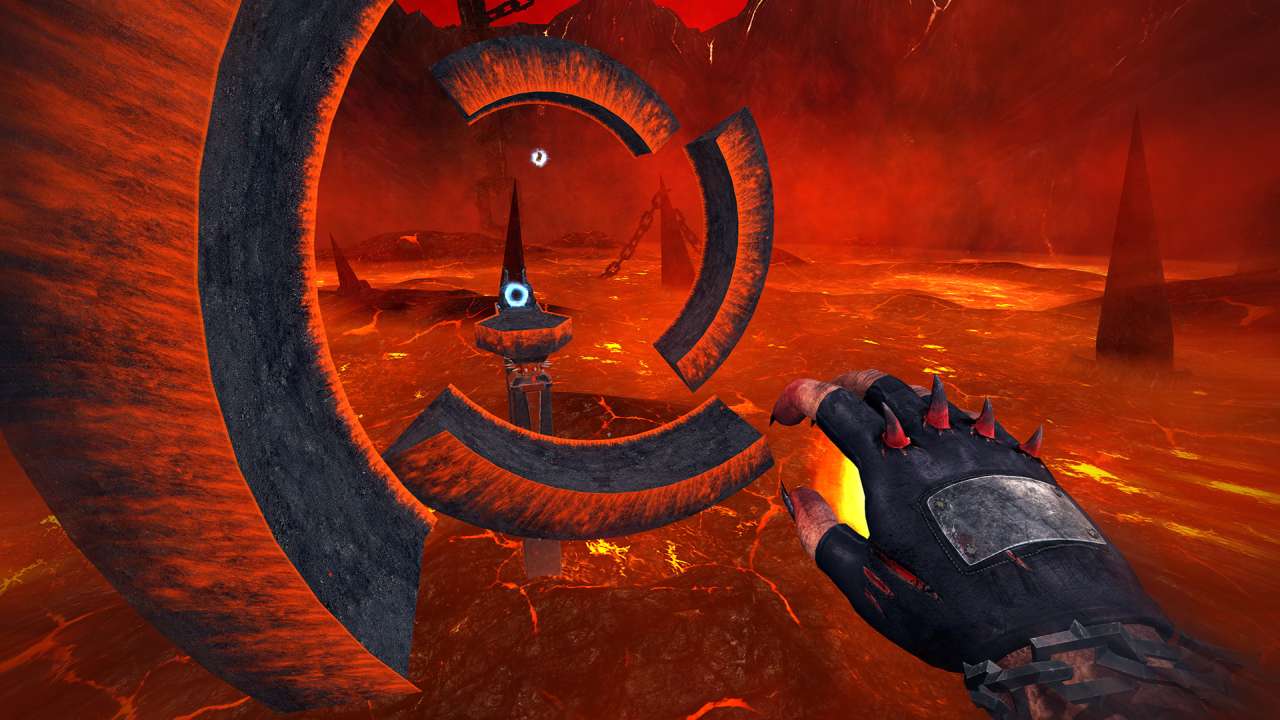 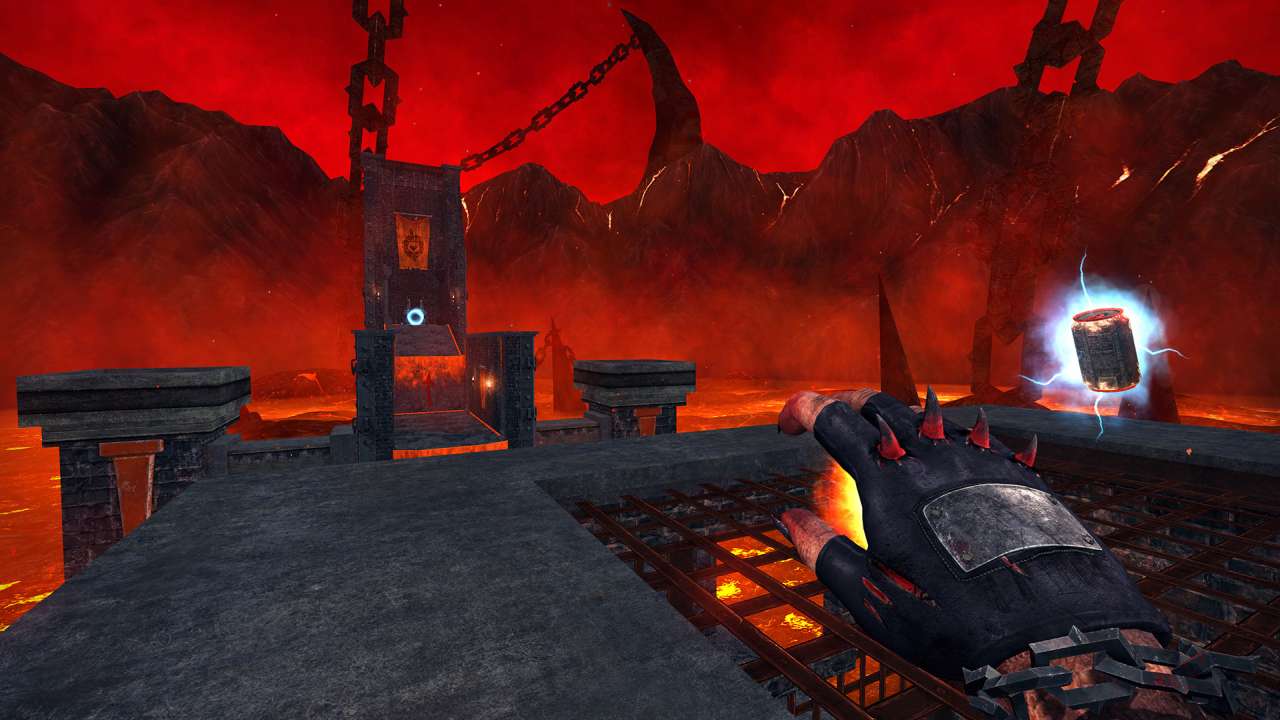 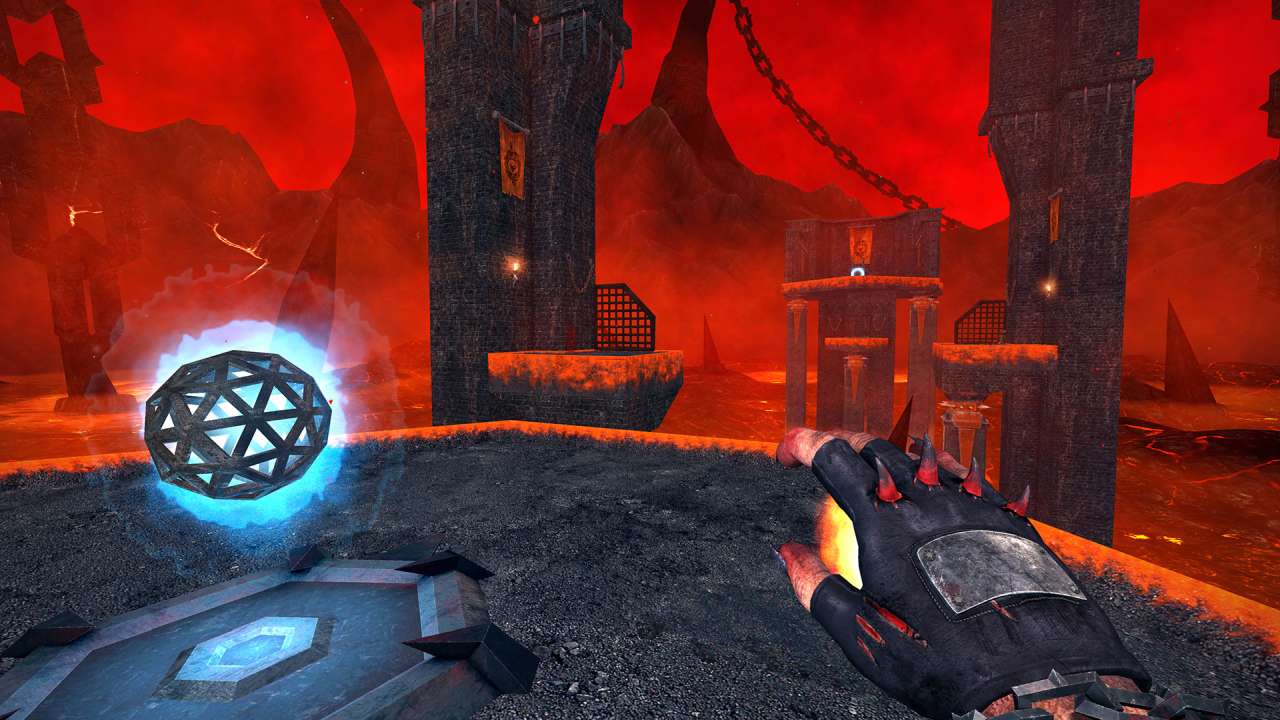 SEUM: Speedrunners from Hell is the world’s only competitive heavy metal first-person platformer.

Slice every last millisecond as you race and blast your way through deadly arenas. Teleport, jump, fly, bounce and drop in a hundred merciless and fast paced maps for the ultimate prize: Your soul!

Marty was having a late morning breakfast and minding his own business. The demon knocking on the door wasn’t part of his morning routine. Before Marty was able to open, the hell breed smashed in the doors. A fierce brawl commenced and Marty lost his right arm – but at least the demon also lost his head. Unfortunately, whilst the brawl erupted more demons entered his garage and stole his last batch of limited edition Walrus Ale (tm). Now Marty has become furious! He ripped off the demon’s arm and did some DIY to re-attach his arm back to himself. This demon is no looker but gee it casts some nasty fireballs. Marty’s (after)life now has a single purpose: Go to hell and get his beer back! \m/

Like a bastard child of Quake 3 and Super Meat Boy, SEUM: Speedrunners from Hell is truly hardcore and focuses on speed and fast reaction. Race and jump over platforms and bounce pads and shoot fireballs to reach an exit portal in the minimal amount of time. Reverse time and gravity. Only the toughest players will receive the Uber Skull medals!

If mind blowing speed and pumping adrenaline through your body is too boring, then search for the beer cans deeply hidden in each level. Who knows which secrets can be discovered by finding all of these delicious refreshments?

Warning: SEUM has been known to cause leaning disease. Symptoms are irrational leaning forward towards your screen when making difficult jumps. Smashing monitors with your head is not a way to beat the game!