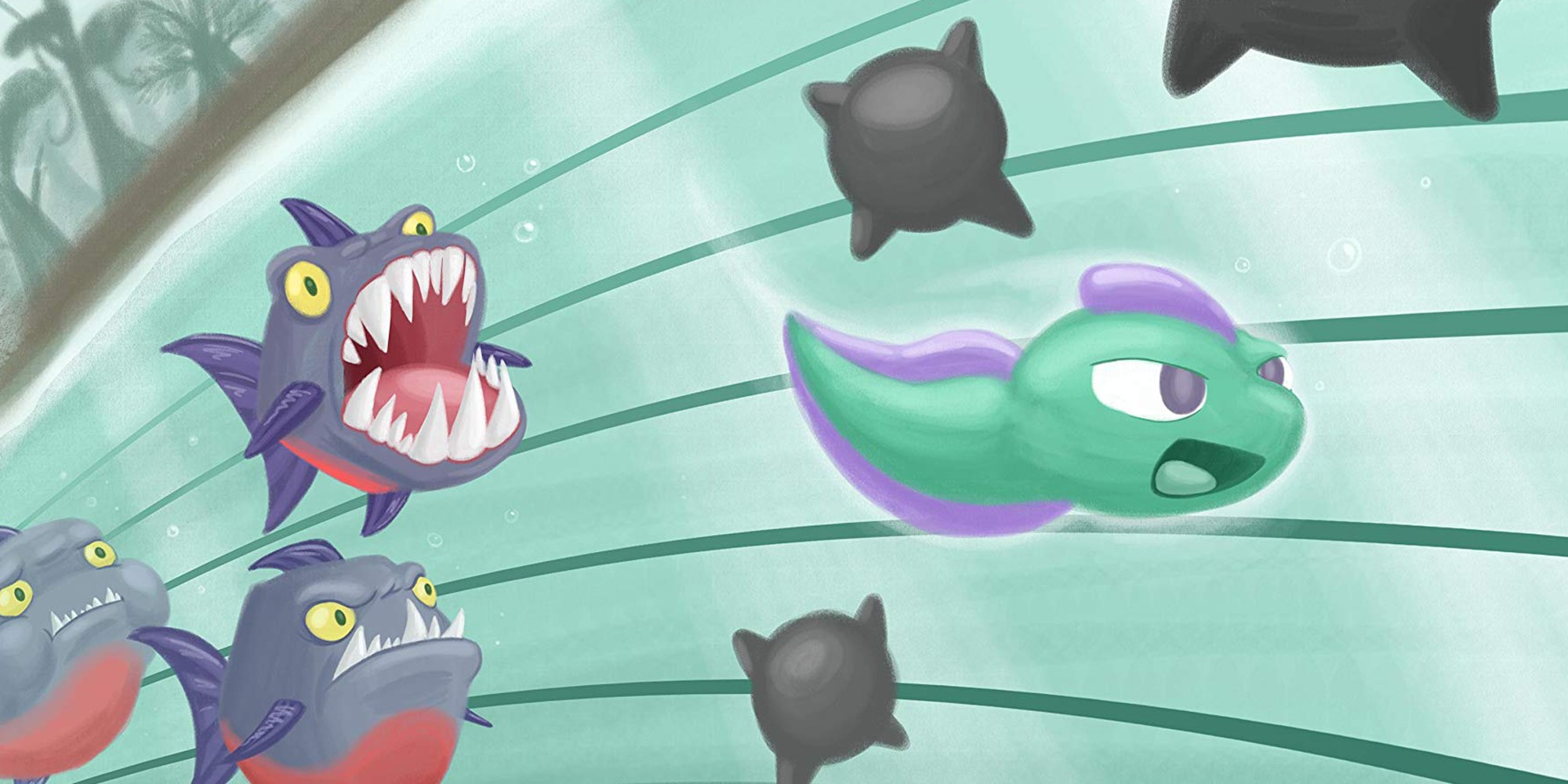 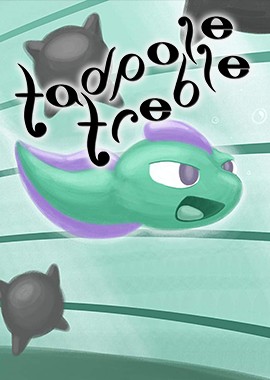 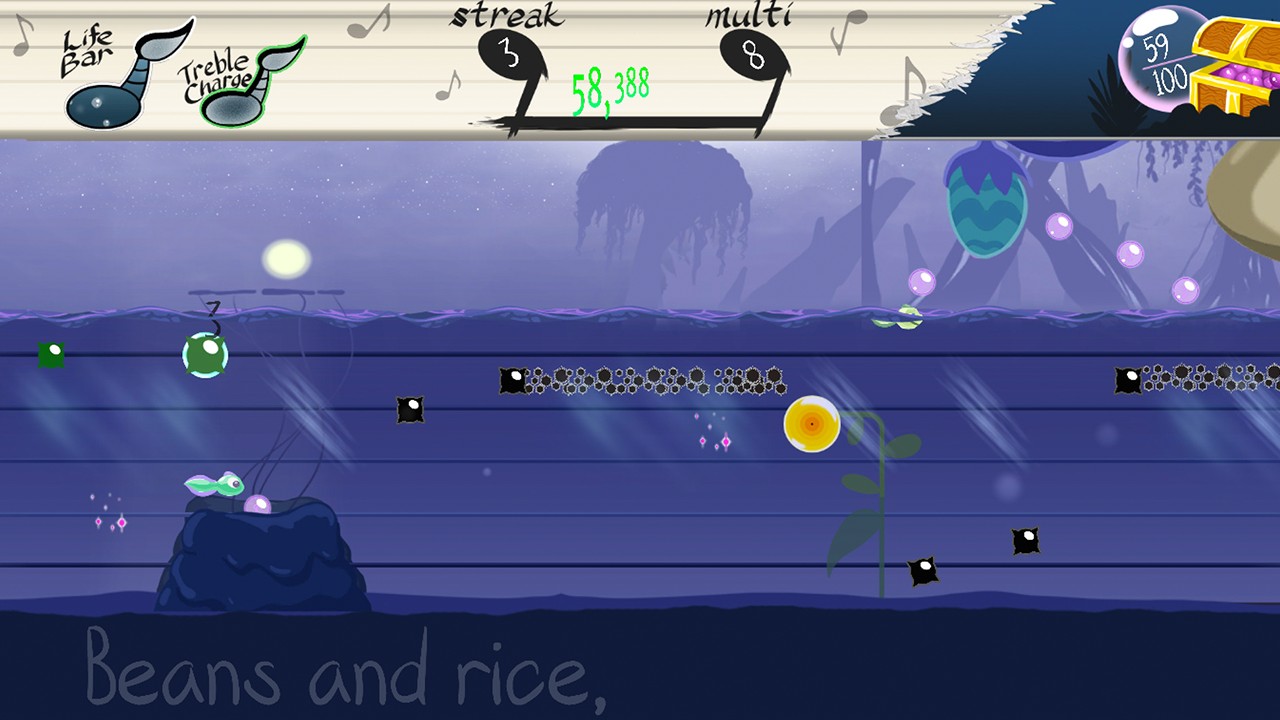 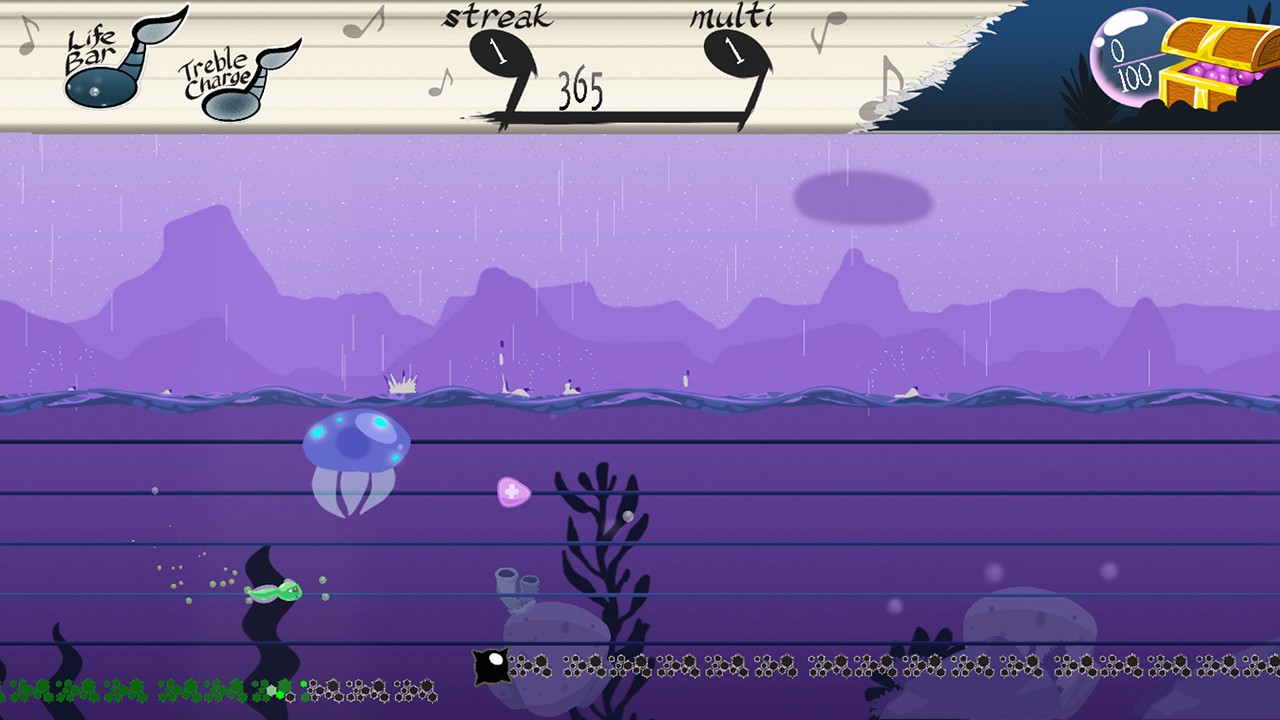 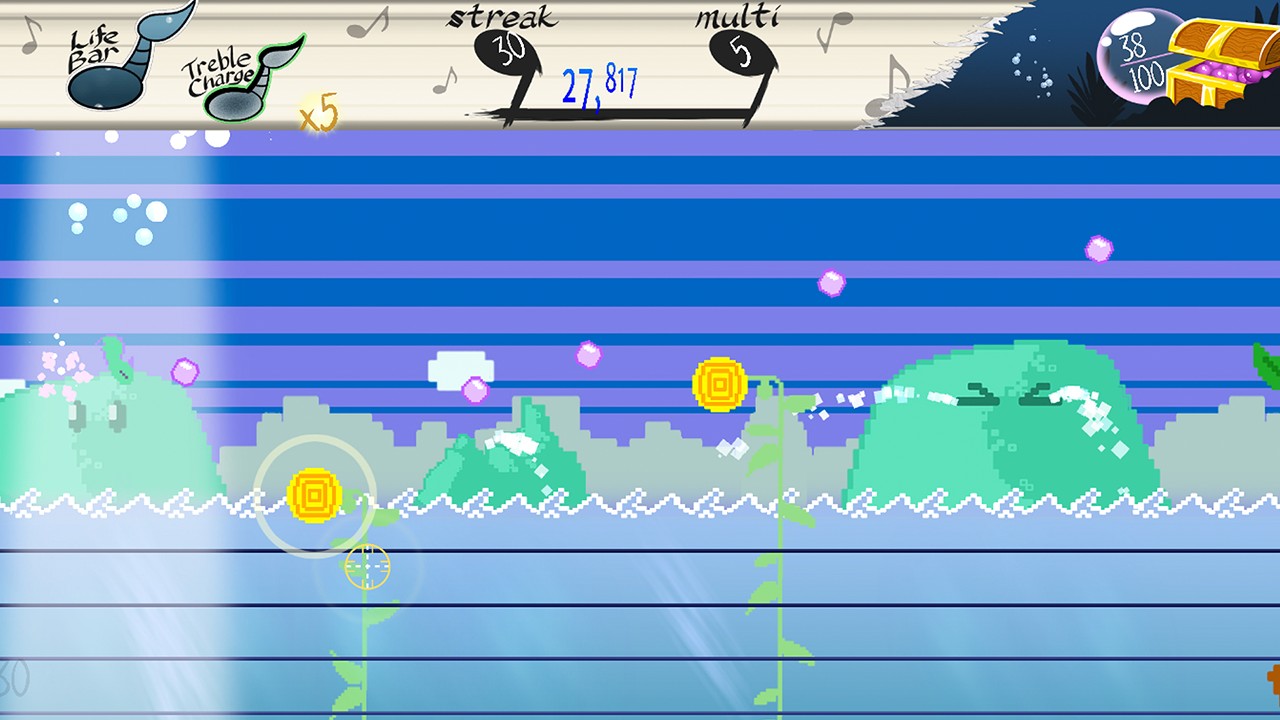 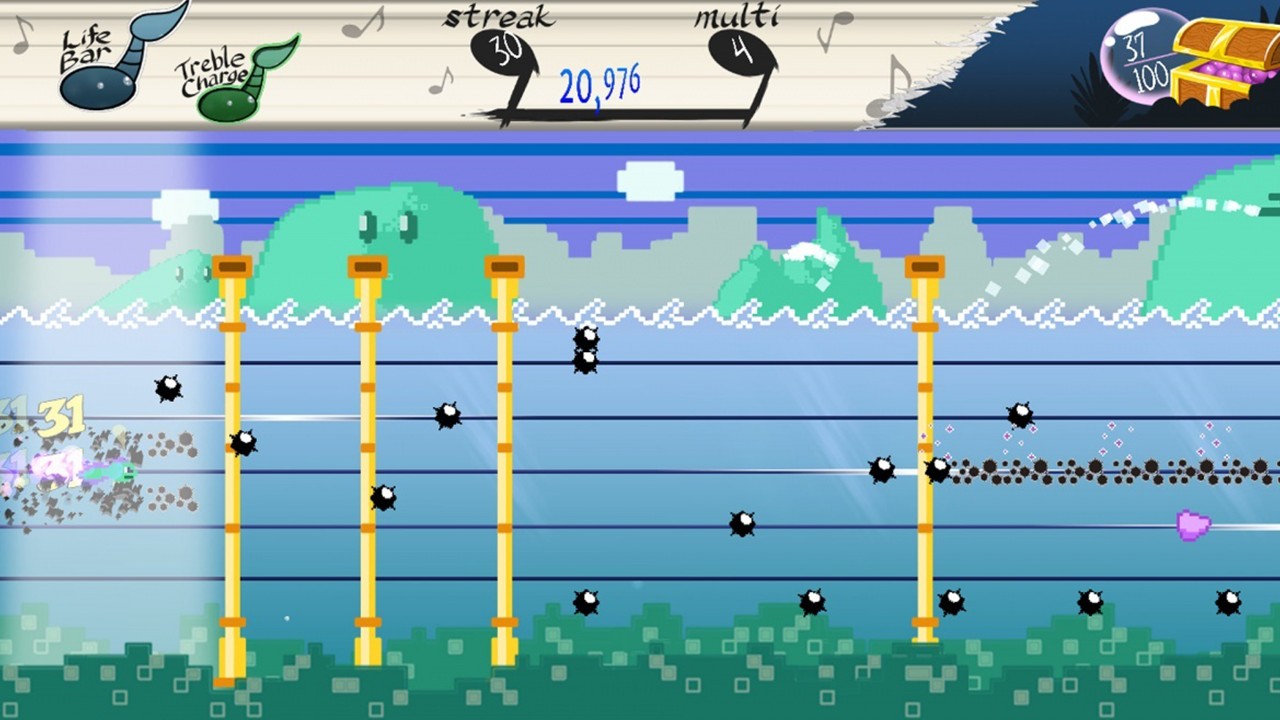 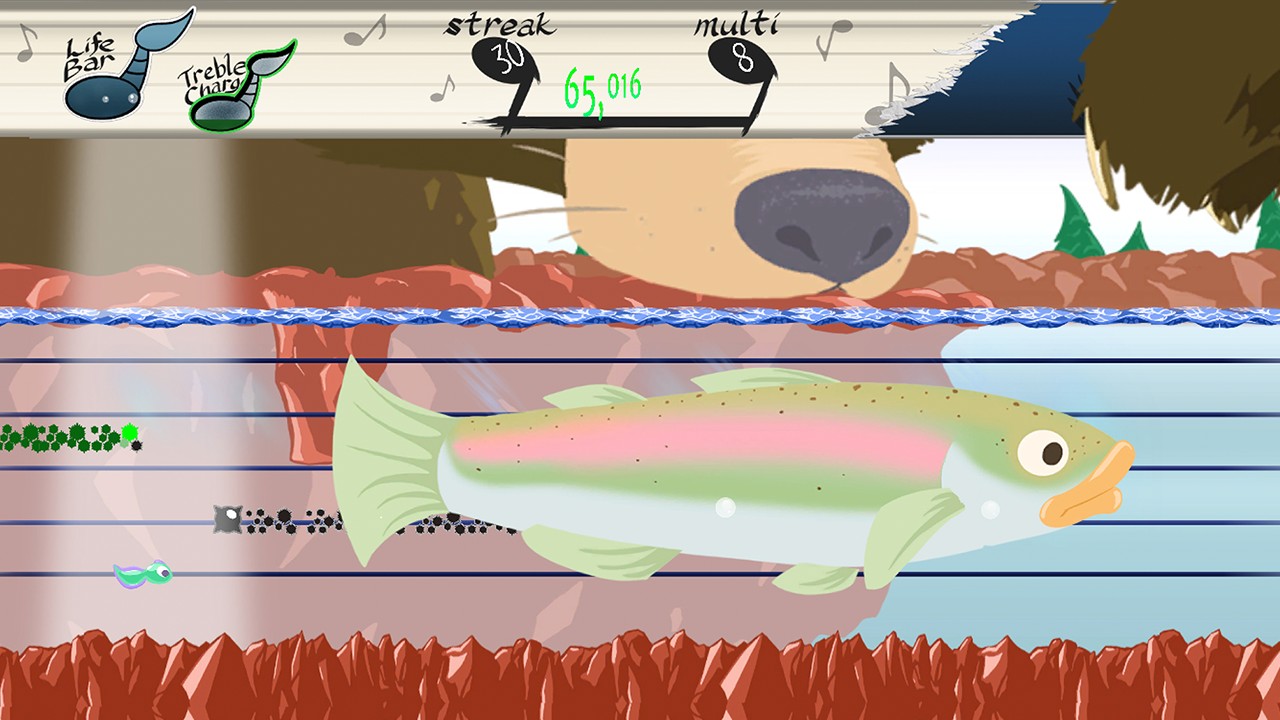 From the creators of the hit webcomic Brawl in the Family comes the delightfully musical adventure game Tadpole Treble!

As Baton, you’ll literally be “playing along” with the game’s music as you dodge past predators and obstacles who take the place of the notes for that level’s song. Avoid enemies and hit percussive notes on the beat to accumulate points and fill your Treble Charge to blast through anything in your path.

Tadpole Treble features 30 original music compositions, 13 levels, and 5 boss battles. In addition to the story mode, the game includes bonus content such as unlockable music, a large bestiary, game commentaries, and online leaderboards for every level. Best of all is the robust Composition Mode which lets players create their own original levels and music!