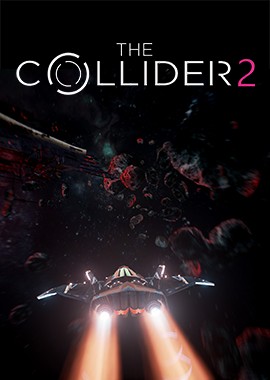 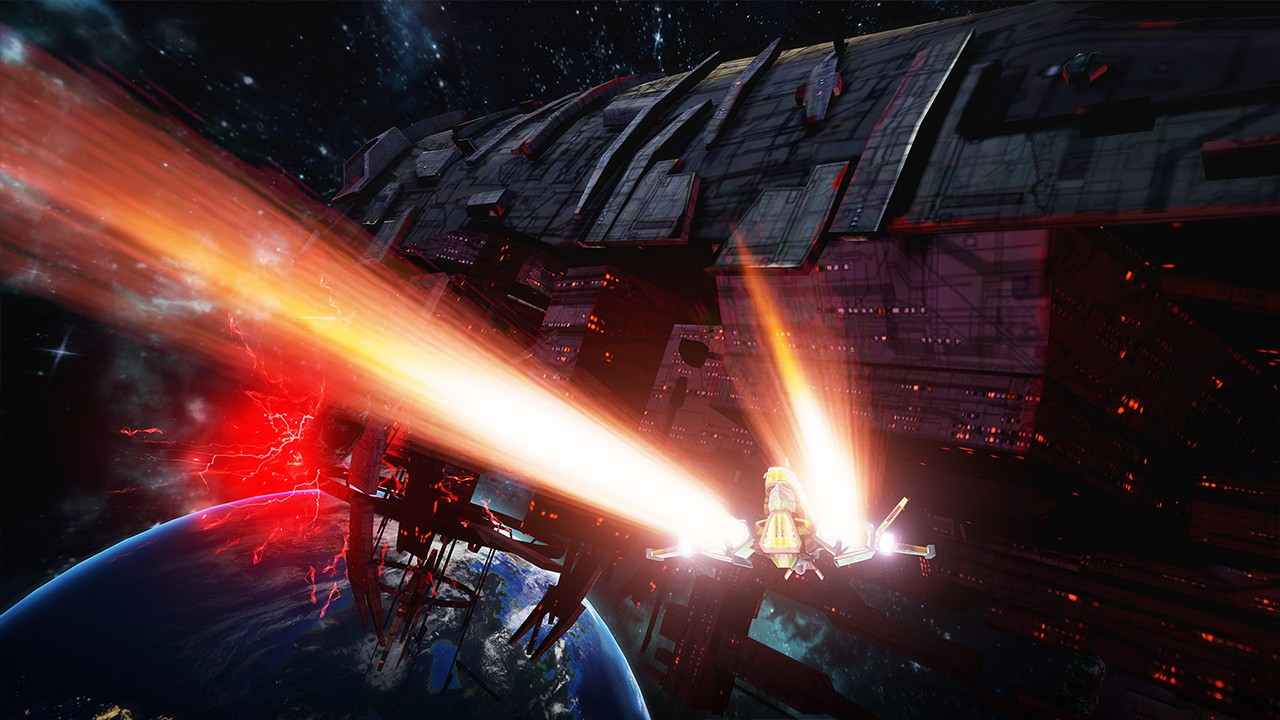 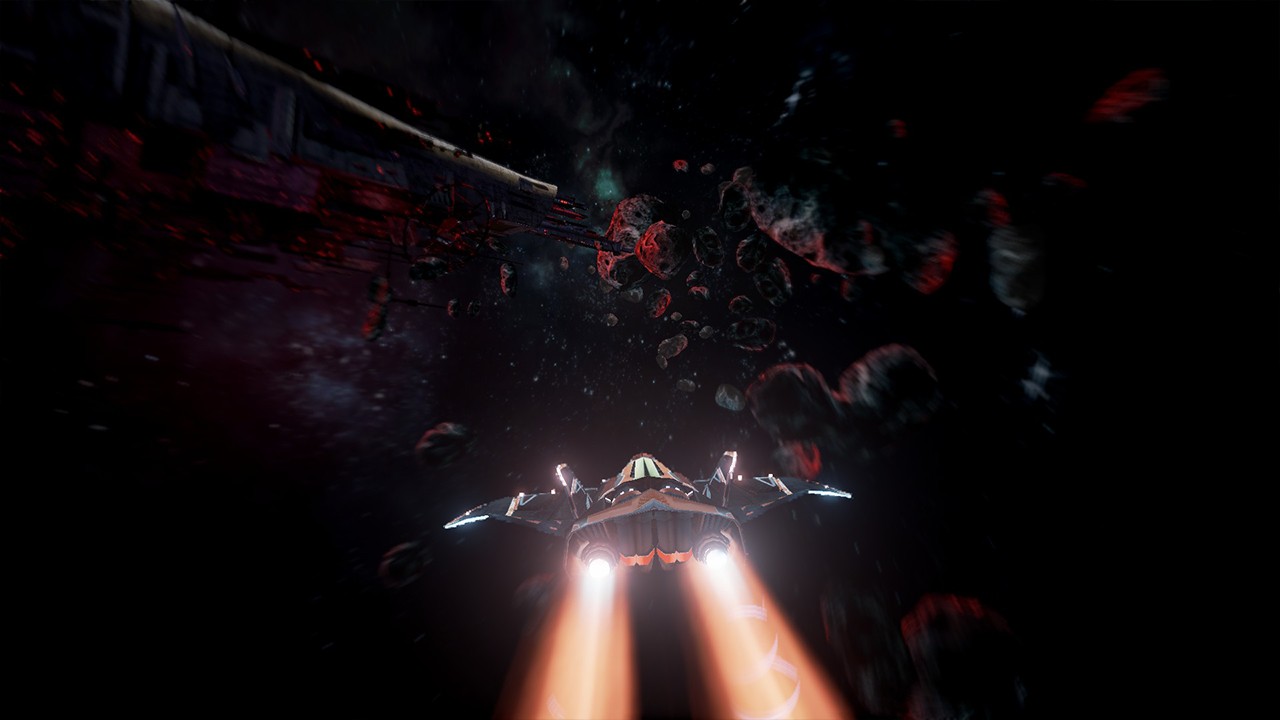 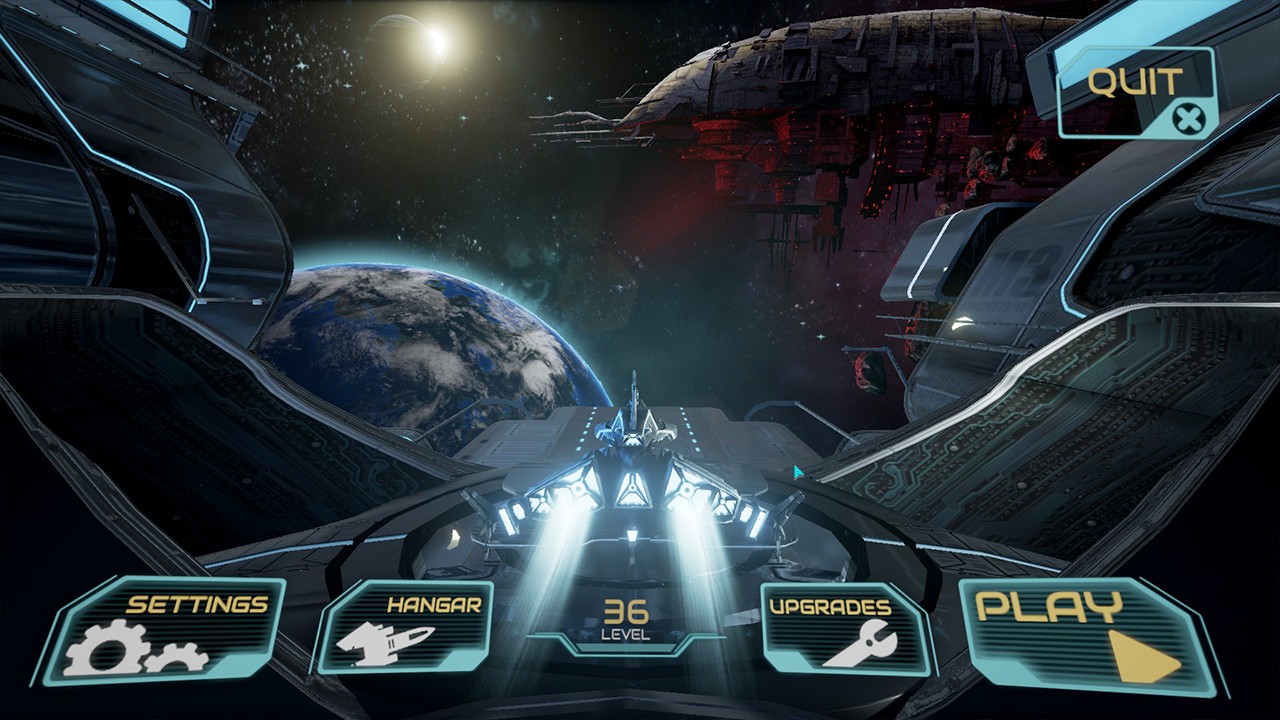 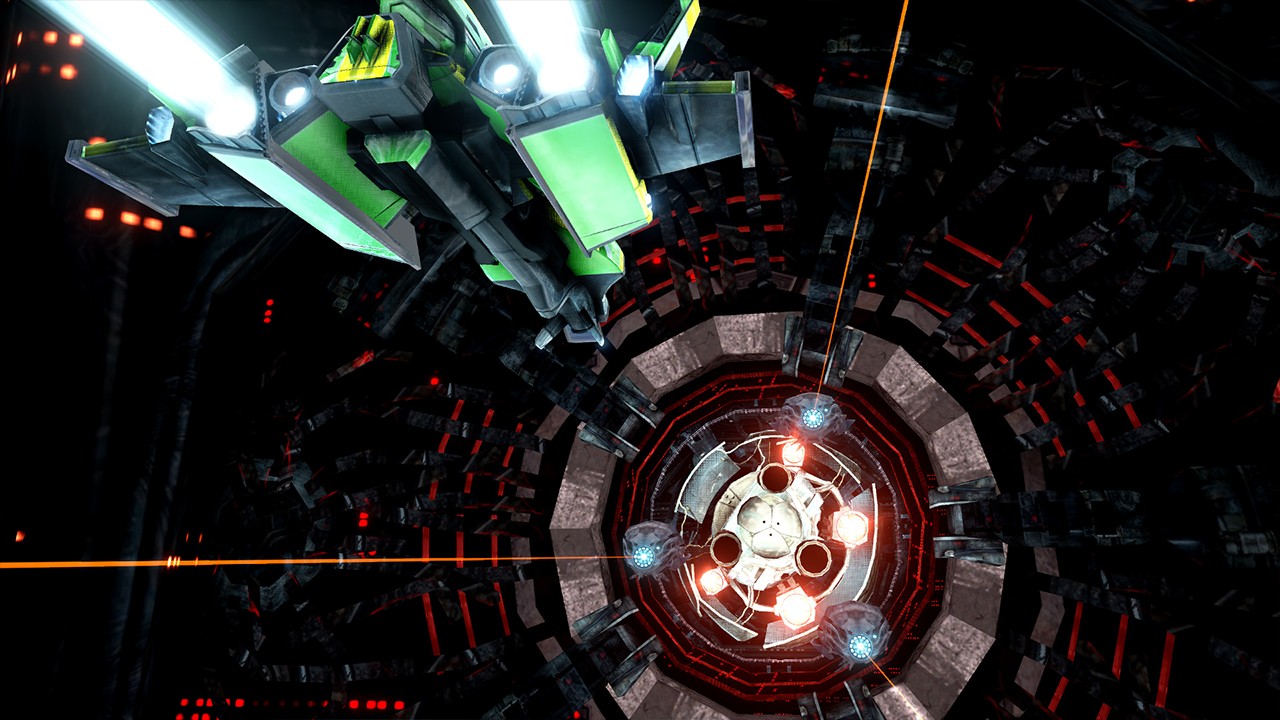 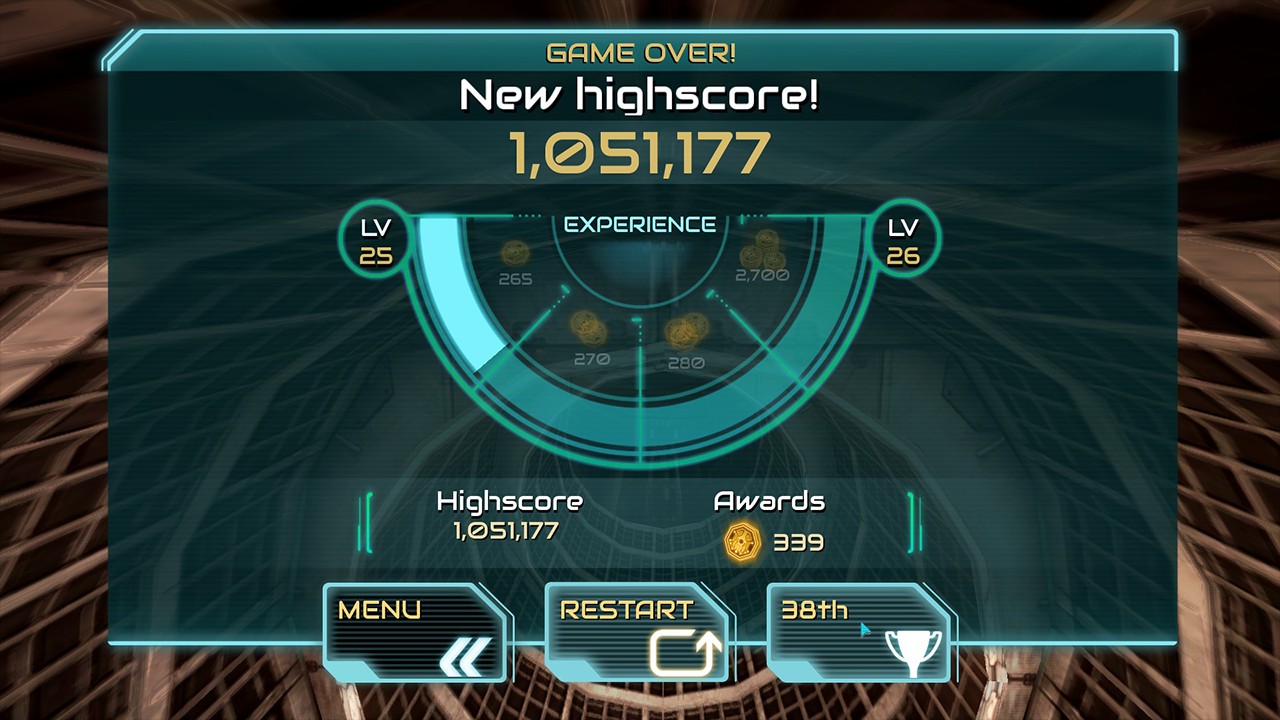 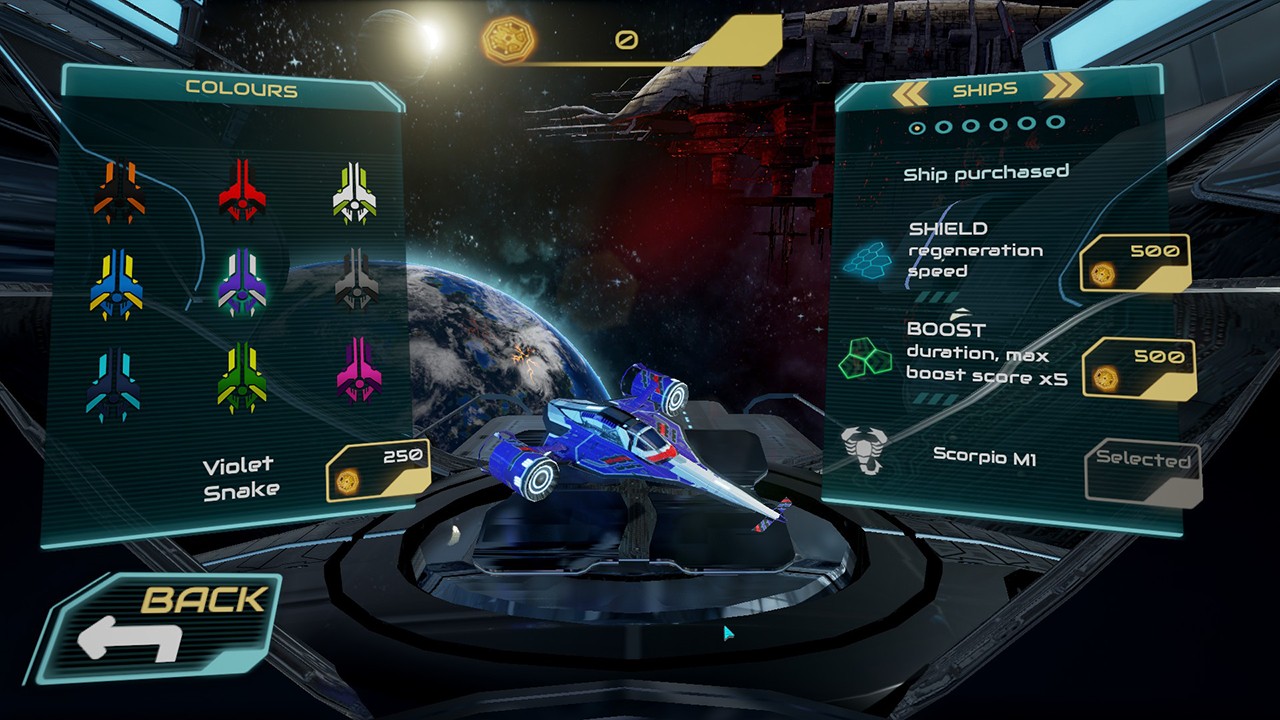 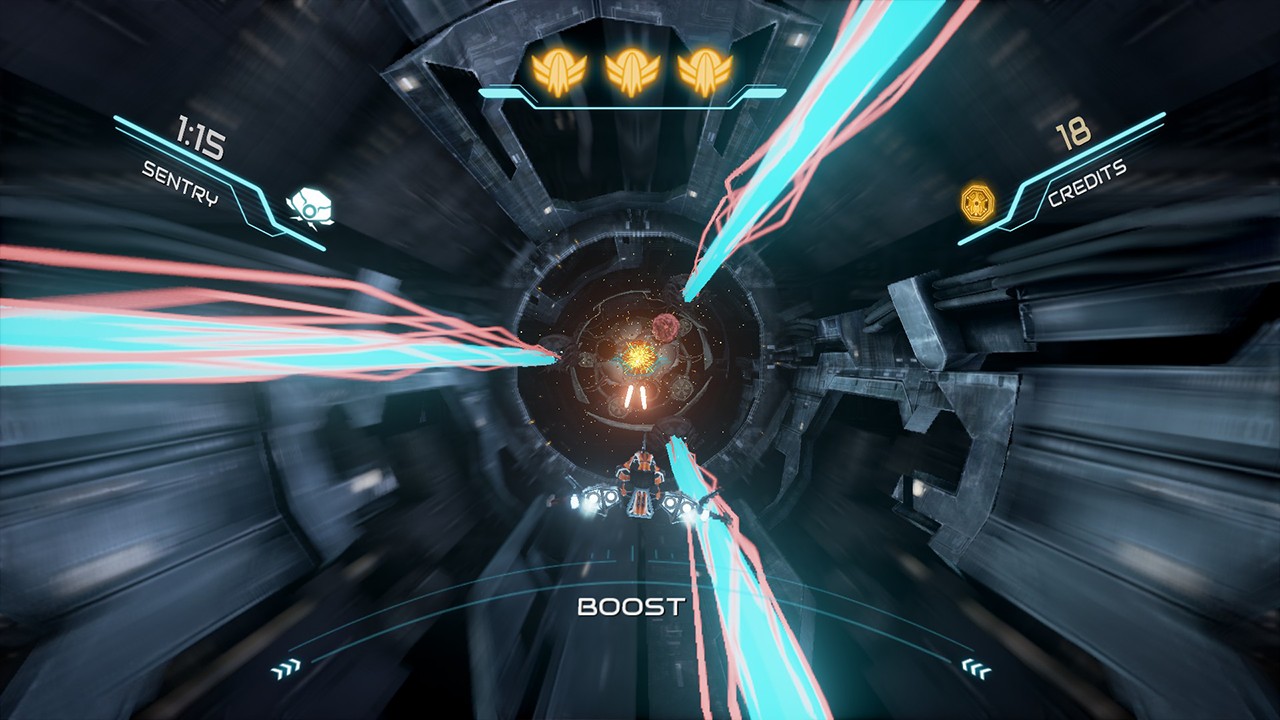 Destroy the colossal mothership looming over the planet and save your homeworld! With a fleet of high-tech starfighters at your disposal, take on a series of suicidal missions to destroy the alien invader from the inside. Take down reactors, collect sensitive data, and avoid lethal defenses as you maneuver through the vents of the enemy vessel at near light-speed velocity – you are the last hope of your people!

Enjoy a fast-paced arcade experience that’s easy to pick up but challenging to master. Get your adrenaline pumping as you maneuver between elaborate obstacles and death traps inside a giant spaceship – beautifully rendered with Unreal Engine 4.

Pilot 6 unique starfighters through 54 missions. Scout, infiltrate, sabotage, and fight to repel alien invasion once and for all.

Unlock and upgrade starfighters, customize their plating, collect power-ups, and level up your pilot rank for higher score multipliers and better rewards.

Reach unthinkable speeds that will put your eye-hand coordination to the ultimate test.

Full VR support on HTC Vive and Oculus Rift right from the start. It’s intuitive, exciting and faster than anything you’ve seen before.