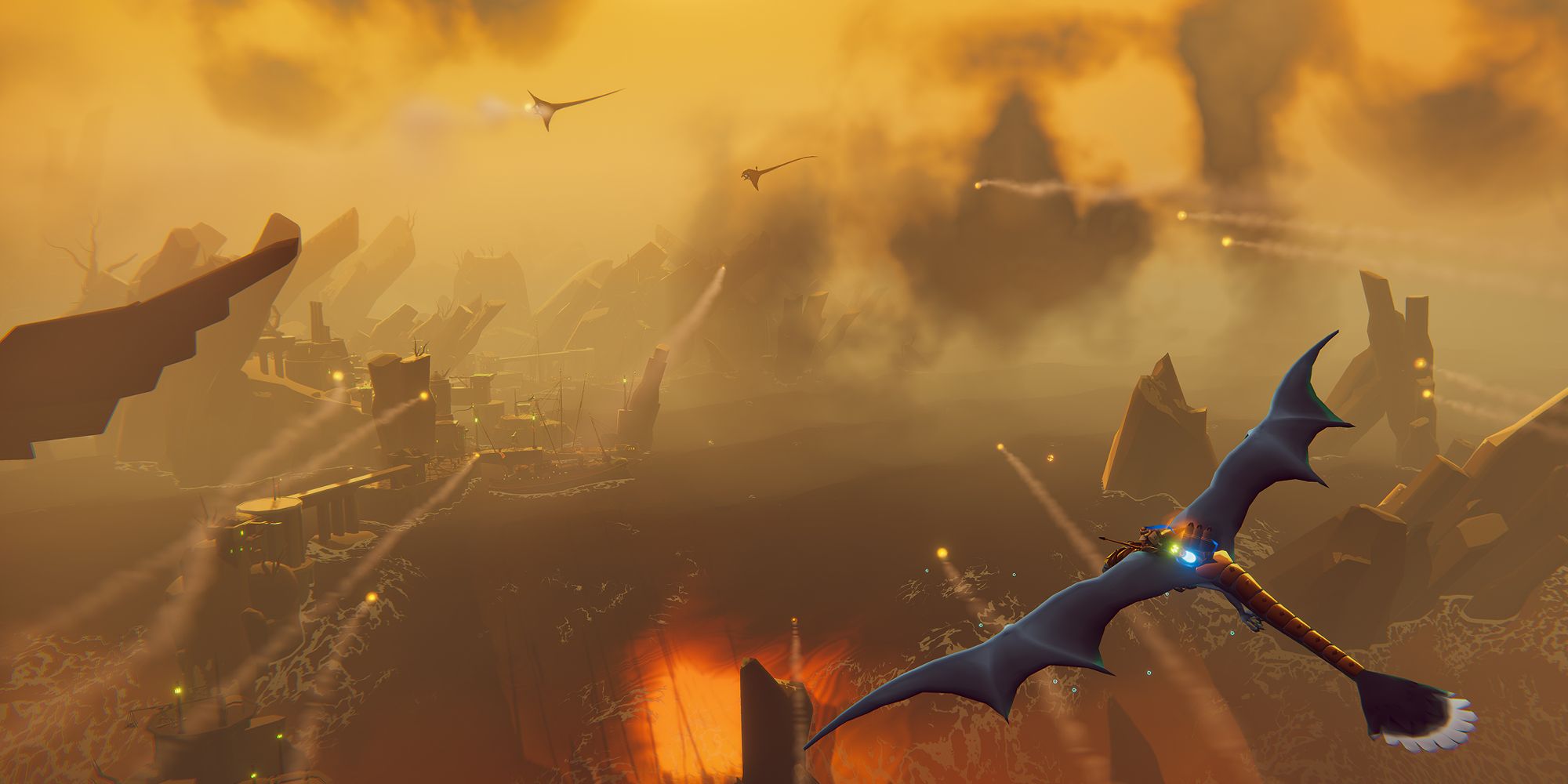 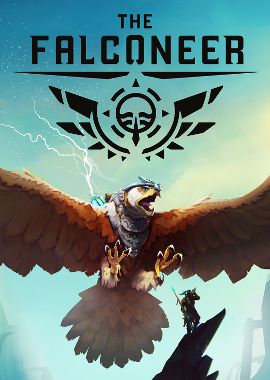 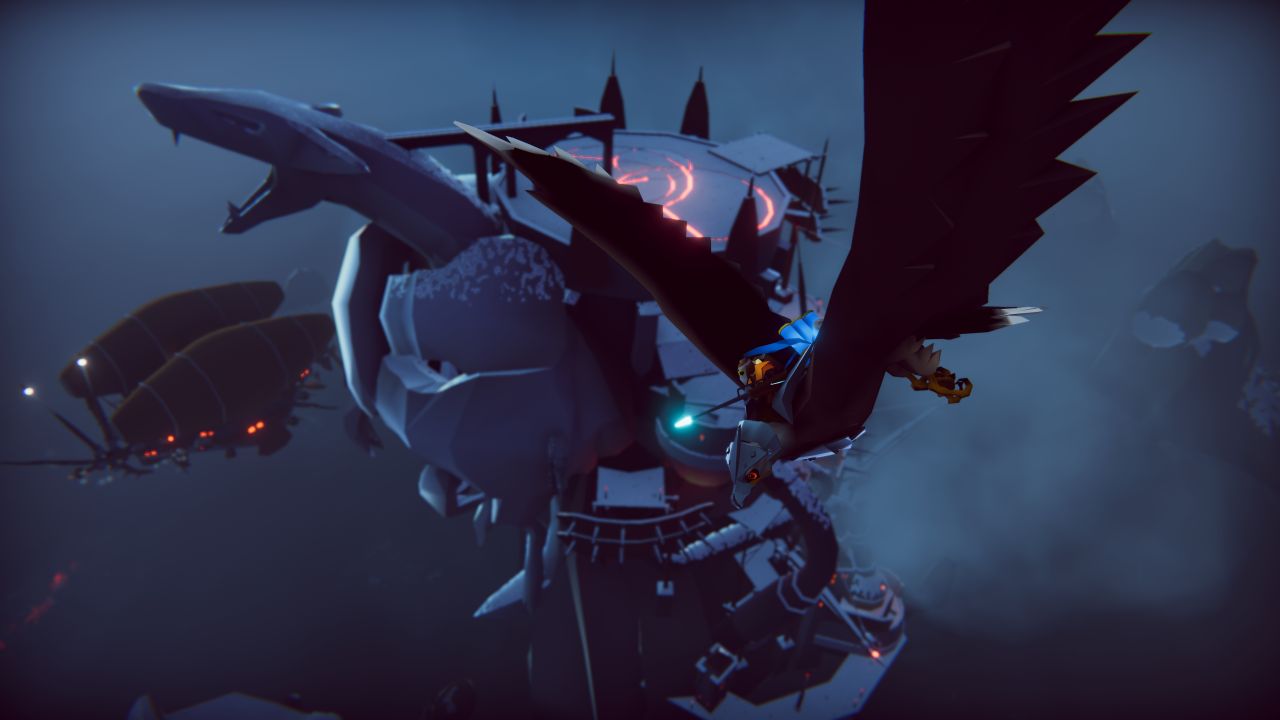 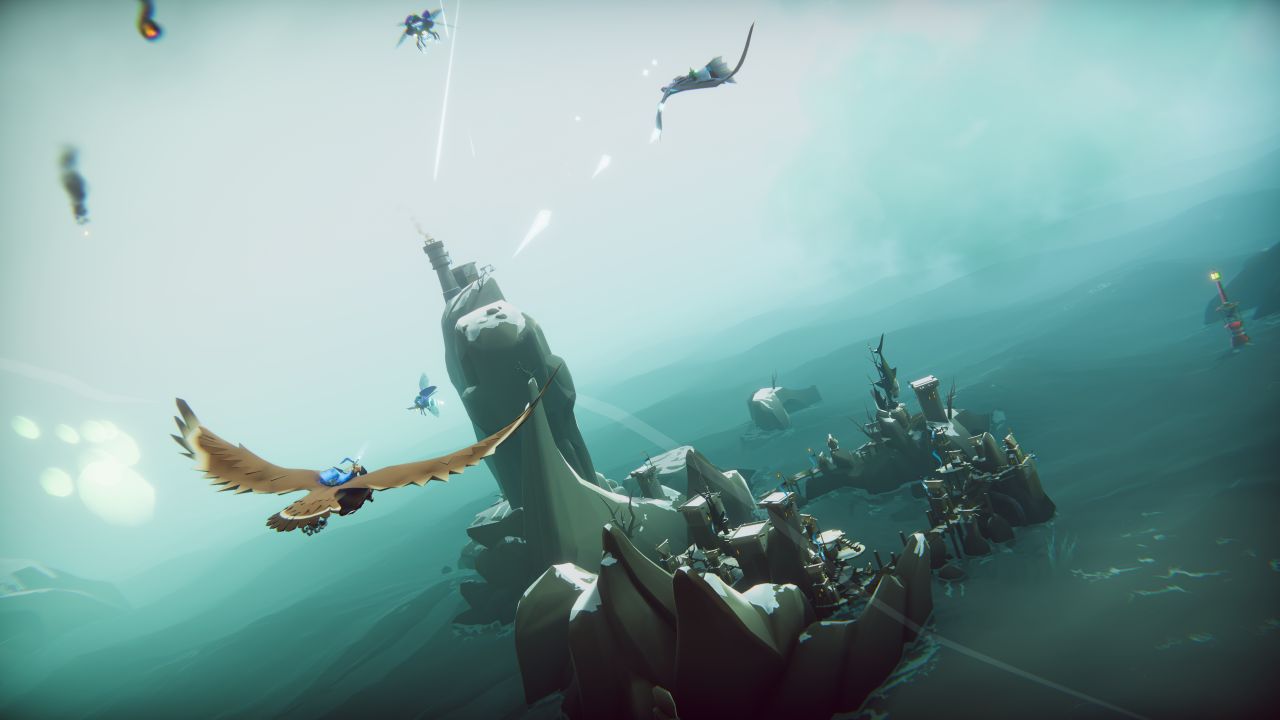 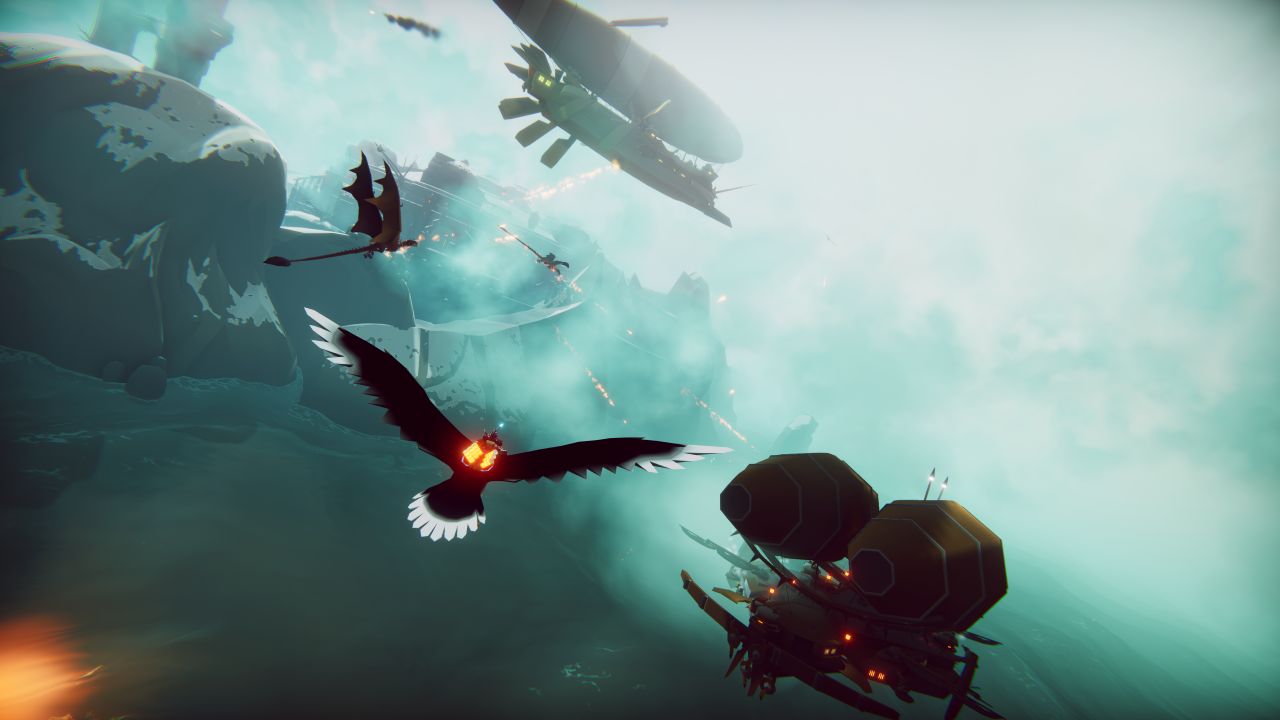 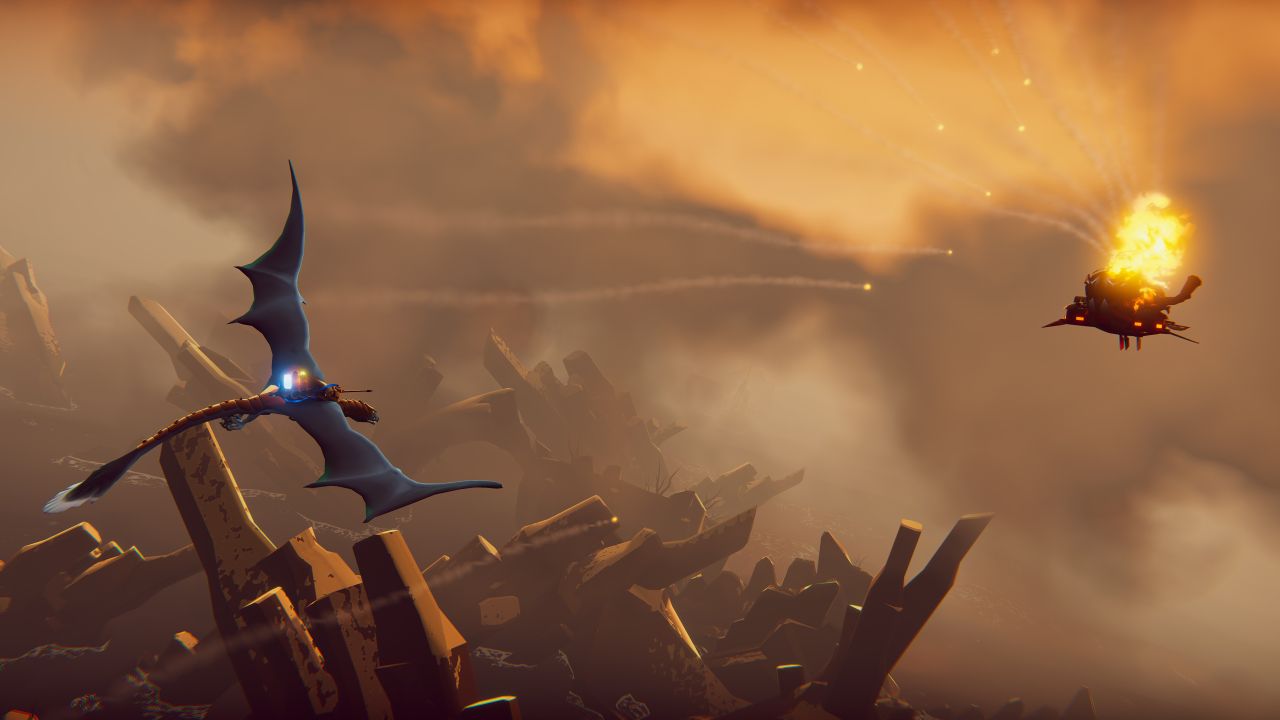 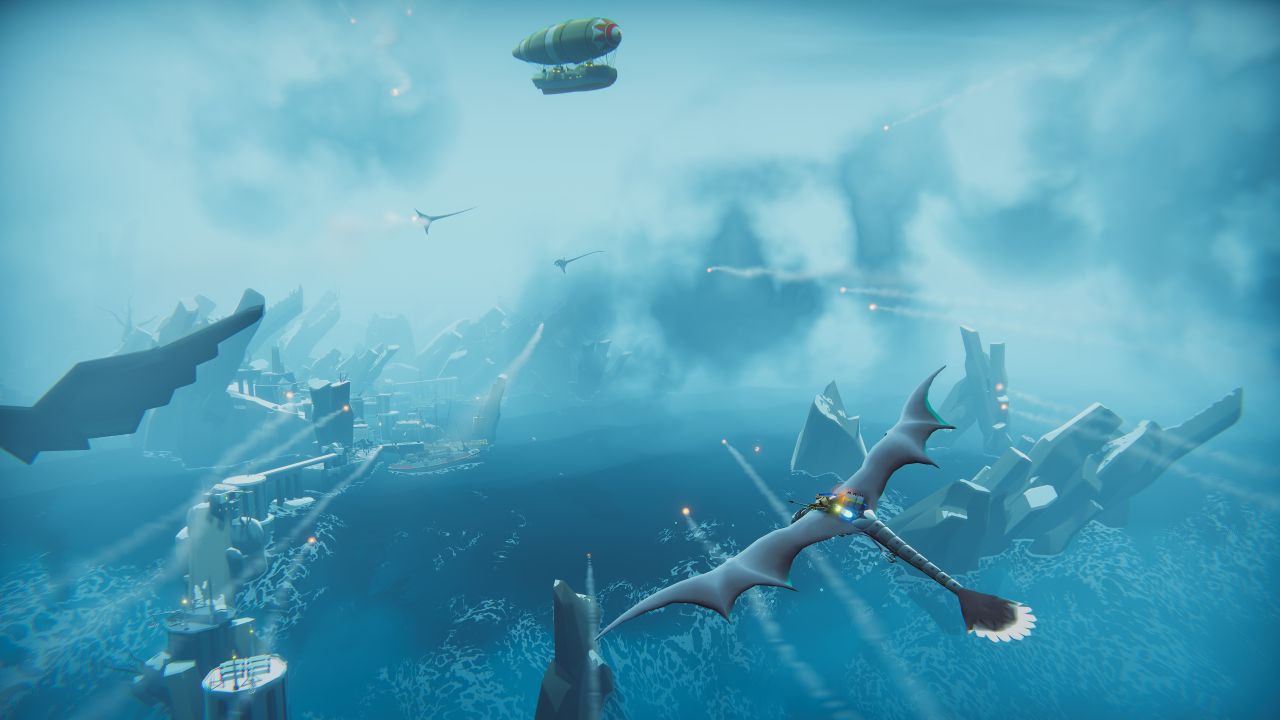 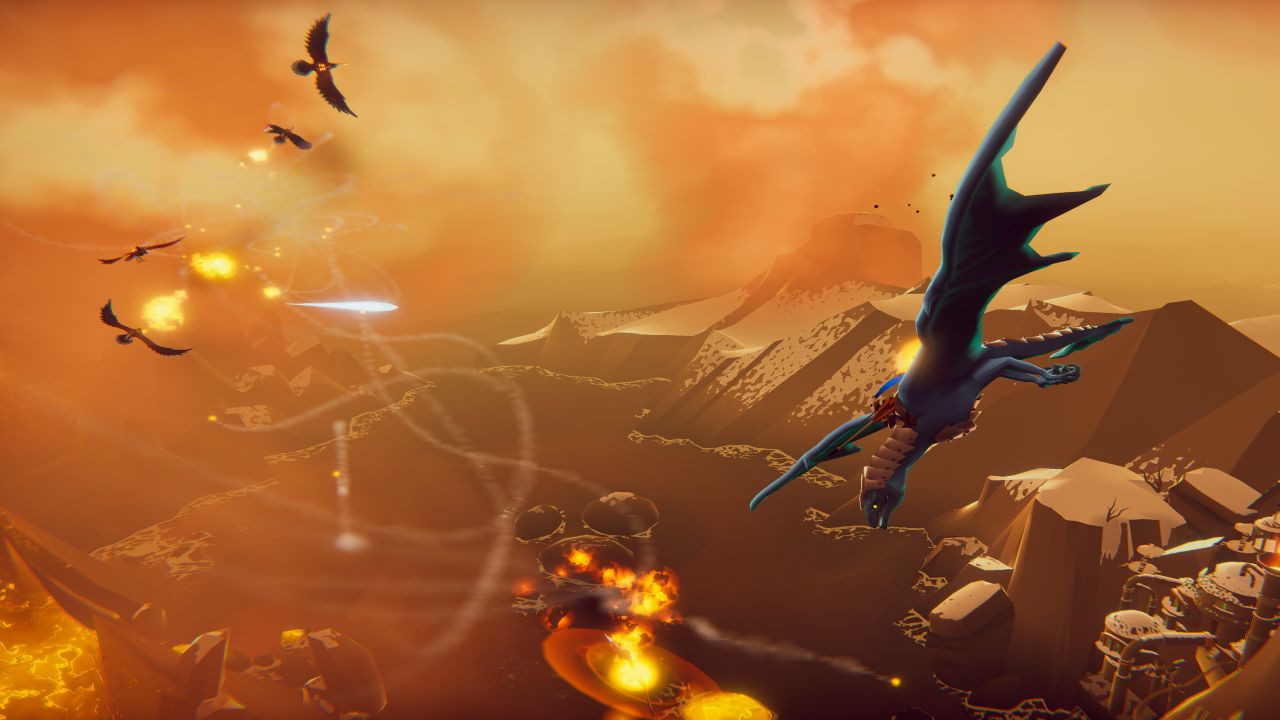 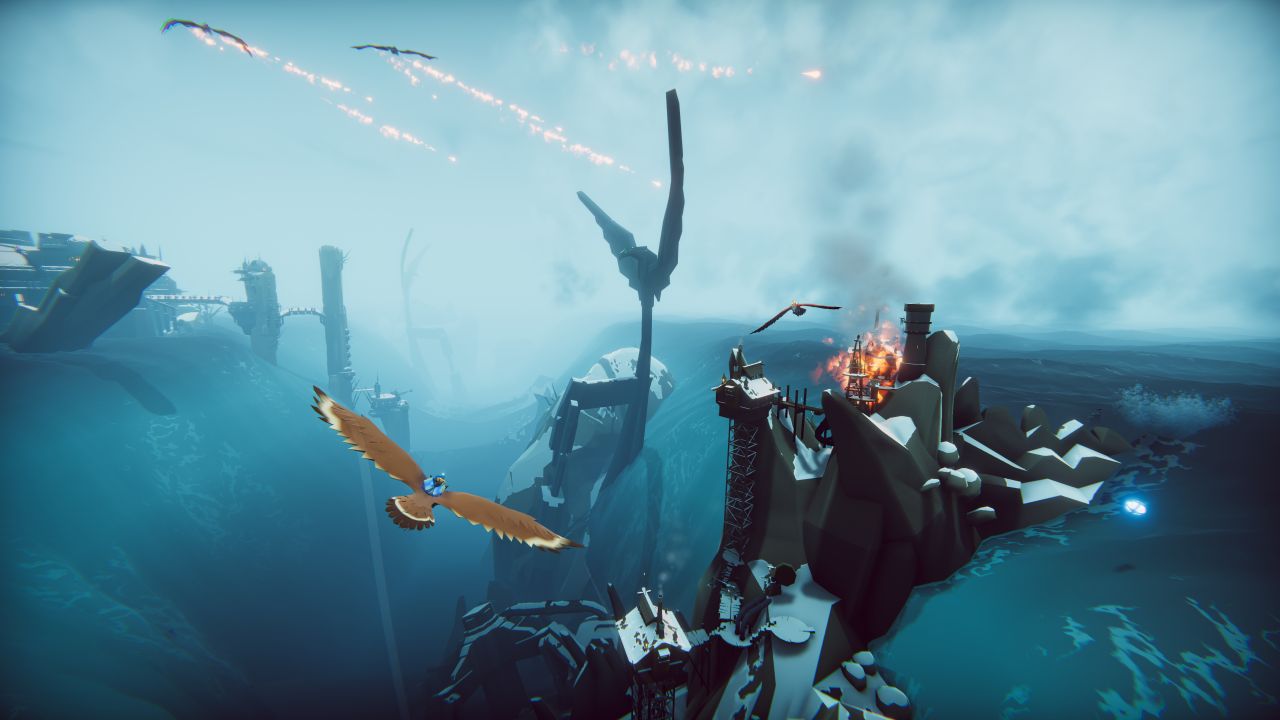 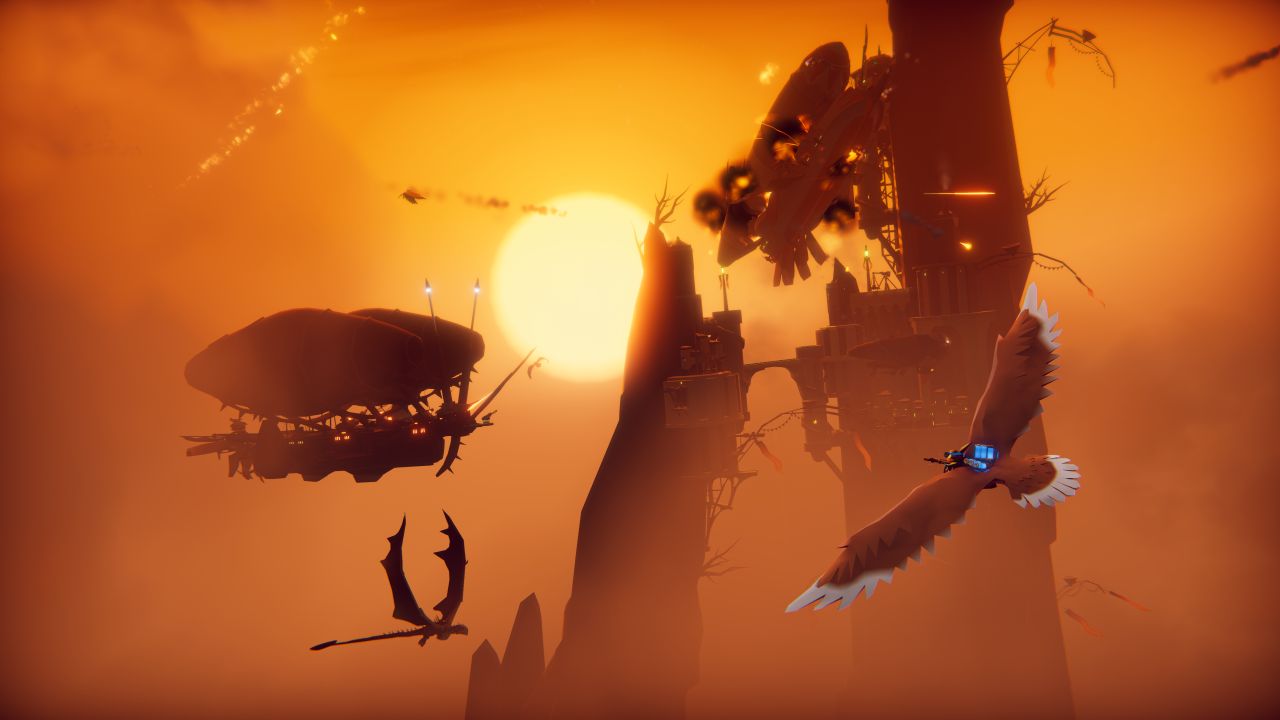 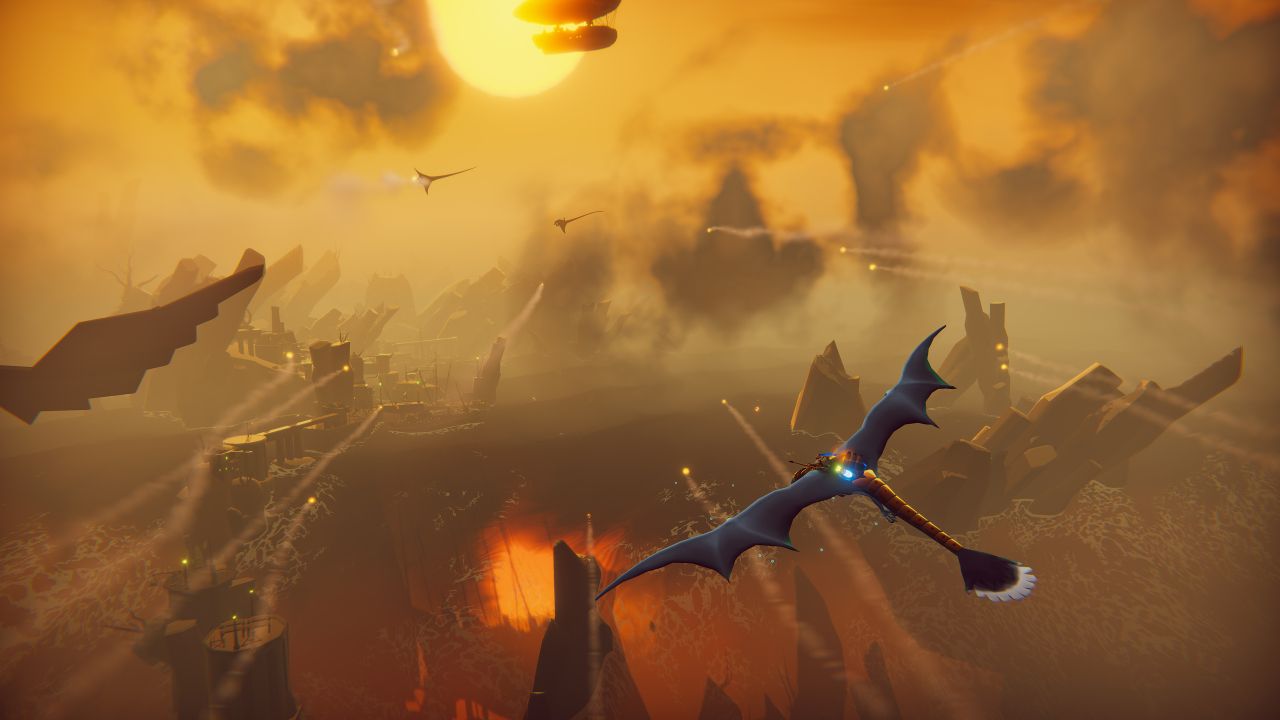 DESIGNED FROM THE GROUND UP FOR GAMEPAD AND FLIGHTSTICK

Generations of poisonous decisions and treason swirl in the deep, as factions collide.

Become the Falconeer and soar through the skies aboard a devastatingly powerful Warbird. Uncover secrets lost to the sea as you join or oppose different factions and clans scattered throughout The Great Ursee. Take advantage of multiple Falconeer classes with individual stats, weapons and warbirds that can be upgraded through winning battles, completing quests, discovering secrets, or applying Mutagens or Chants. Use ocean thermals and energy to dive, dodge, barrel-roll, and twist to gain an advantage.

The Falconeer is an open-world air combat game, featuring fast, brutal aerial dogfights and deep exploration of an incredible fantasy open-world set not only above the clouds but also amongst the waves and down through the sunken, ocean depths.

The Great Ursee is an ancient place, filled with beautifully detailed locations to find and explore, not only above the clouds, but also below the waves. Discover sparks of order and civilization as well as wild and dangerous coasts filled with treasure, pirates, lost technology and amazing creatures.

Combat in the Falconeer is fast, brutal and devastating. The unique abilities of Warbirds allow for an unparalleled level of control and movability, creating epic fights with mounted enemies such as War Falcons, Weaver dragons, Mantarays and Razorbeetles.

The rich and powerful yield fleets of airships and Falconeers to protect their assets, while revolution and dissent are brewing among the downtrodden and poor. Join and support your faction, flying missions that may change the fate of your comrades as well as yourself.

Choose your unique character’s origin story, and build an unbreakable bond between player and bird, through one of multiple playable campaigns, encompassed by a world packed with side quests and free-flying exploration you won’t want to miss!

Purchase new weapons, armour, cosmetics, and mutagens to perfect your mount – whatever the cost.

Take to the skies aboard a feathered serpent and unleash fiery vengeance from above with The Hunter content pack. Includes a new ‘Mongres Hunter’ player Class, with a flyable Ormir dragon, an exclusive set of pyro pot guided rockets and additional outfits for your player avatar.

Edge of the World DLC included

Take on epic new missions, embark on new adventures and discover stories that will lead you to spectacular new locations on the periphery of civilization, in ‘Edge of the World’, an extensive new expansion for this BAFTA nominated game.

Tomas Sala is an independent game artist and designer as well as the co-founder of game studio Little Chicken Game Company. Tomas is best known to most gamers for his exotic Skyrim Mod series: Moonpath to Elsweyr, and has developed a unique visual style over the years that have helped games such as Rekt! (iOS/Switch), SXPD (iOS) and TrackLab (PSVR) into unique visual and interactive experiences.