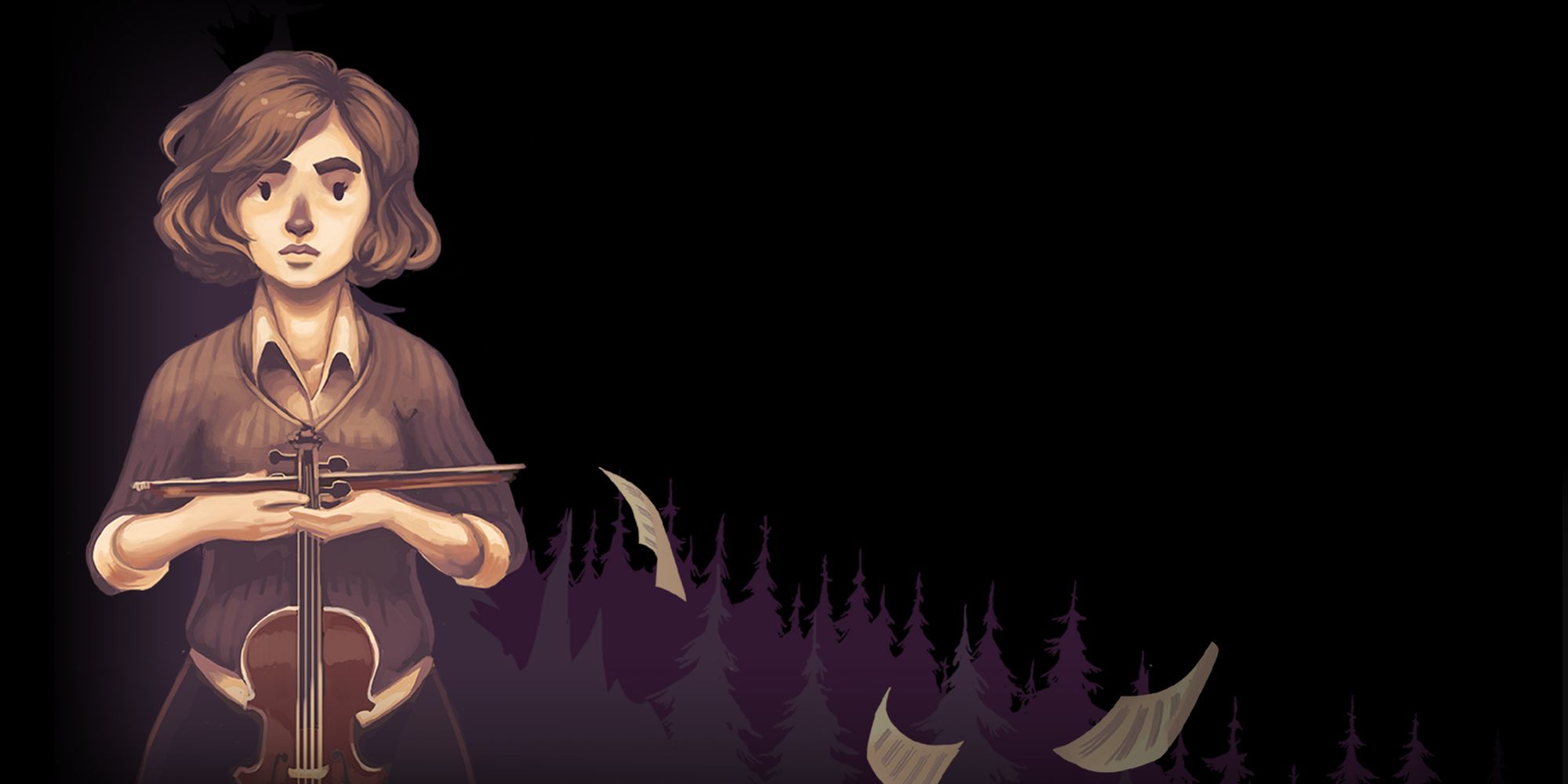 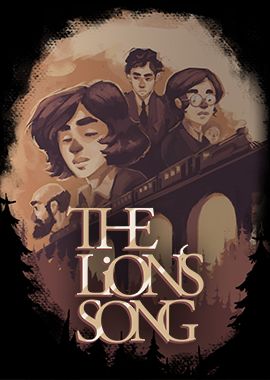 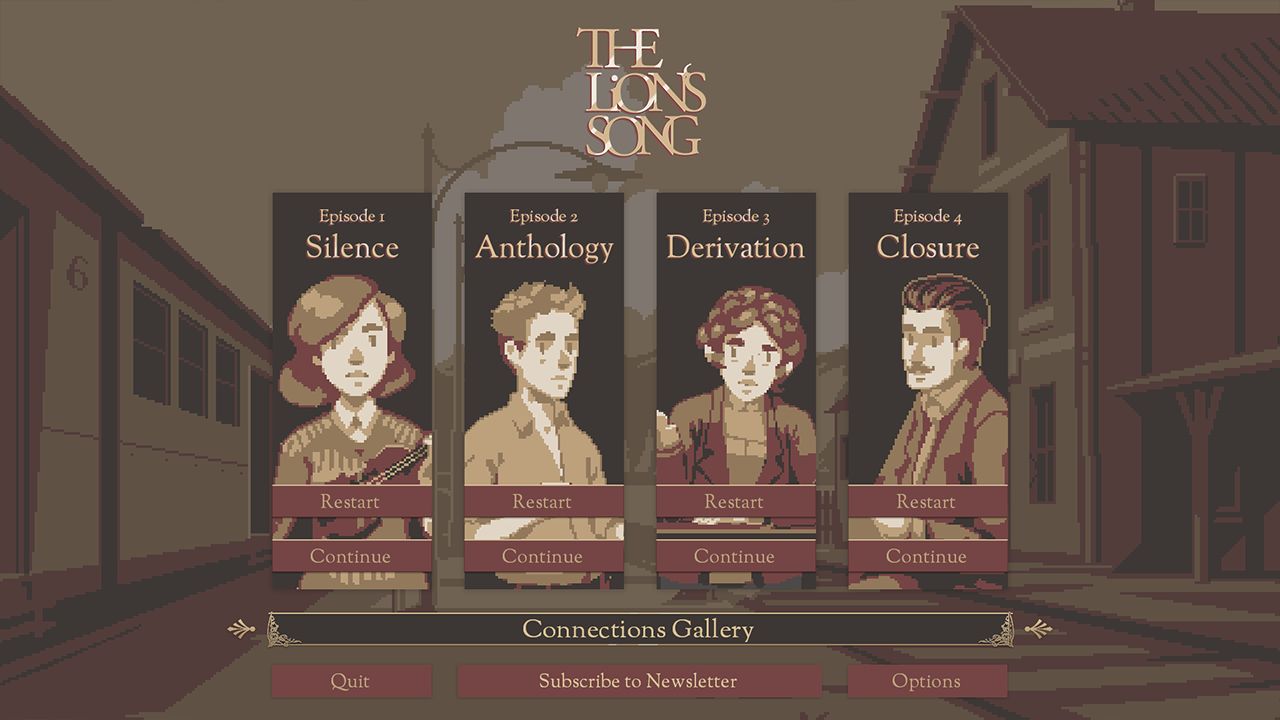 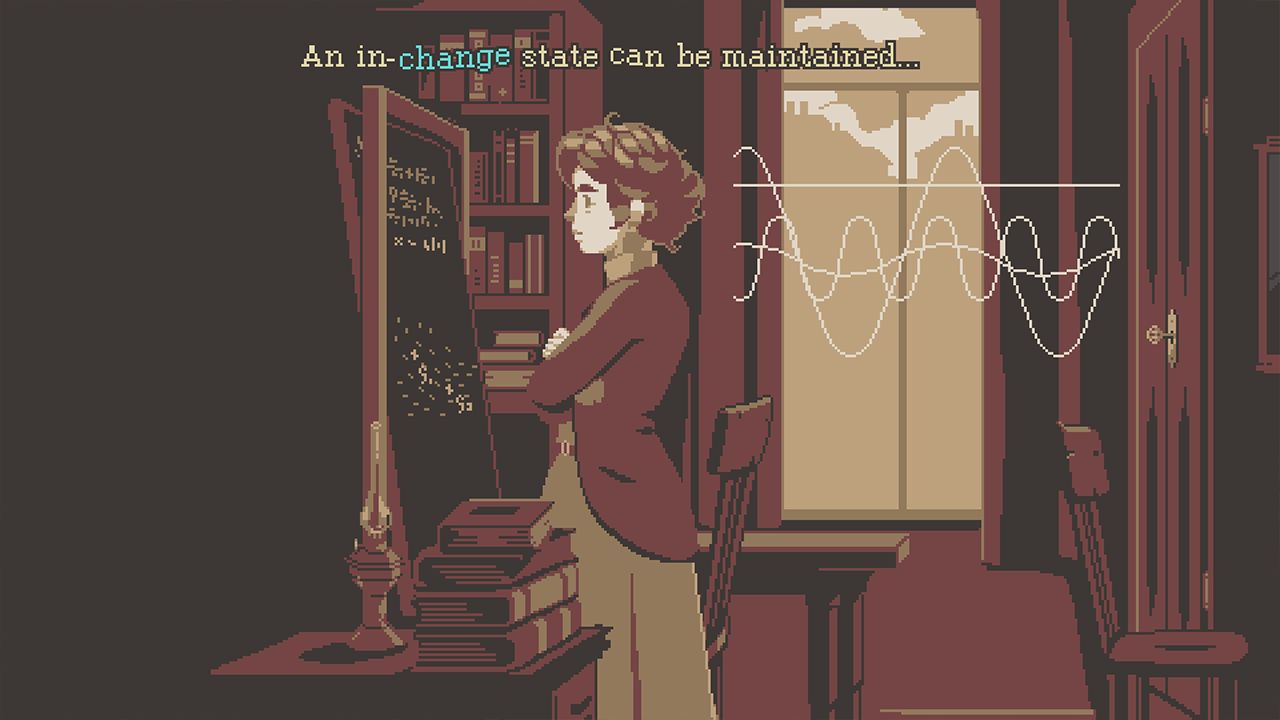 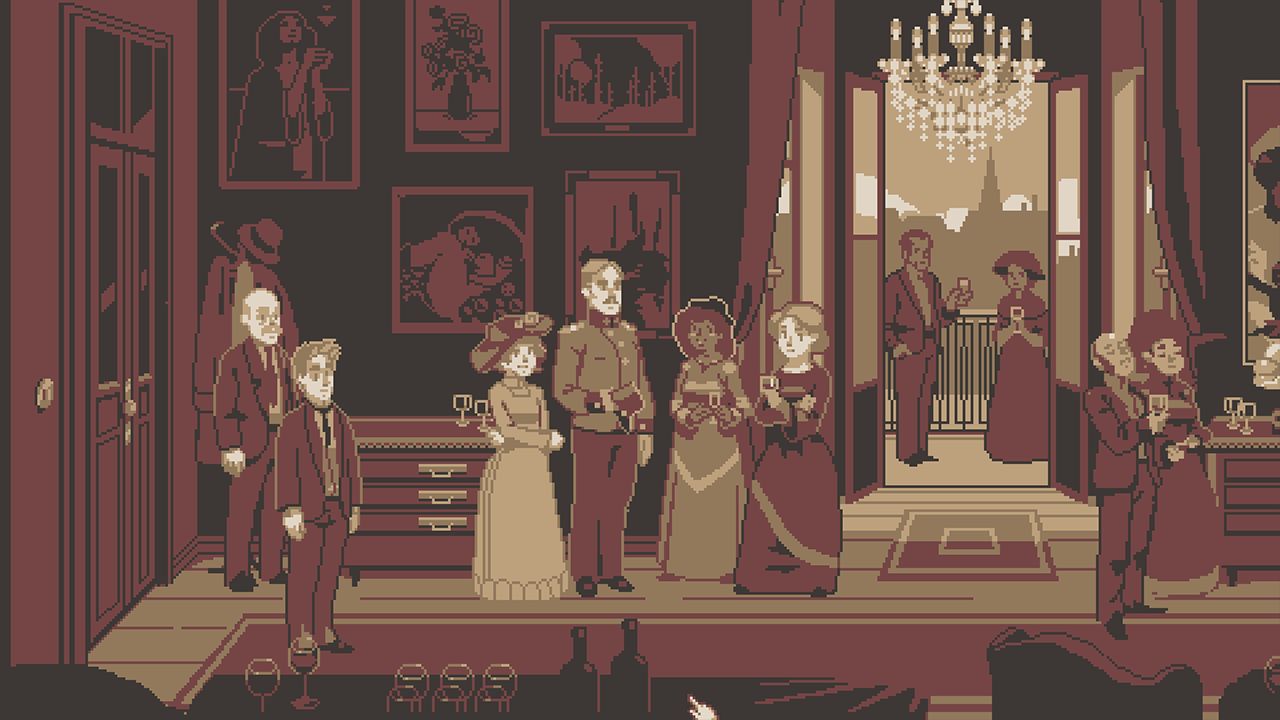 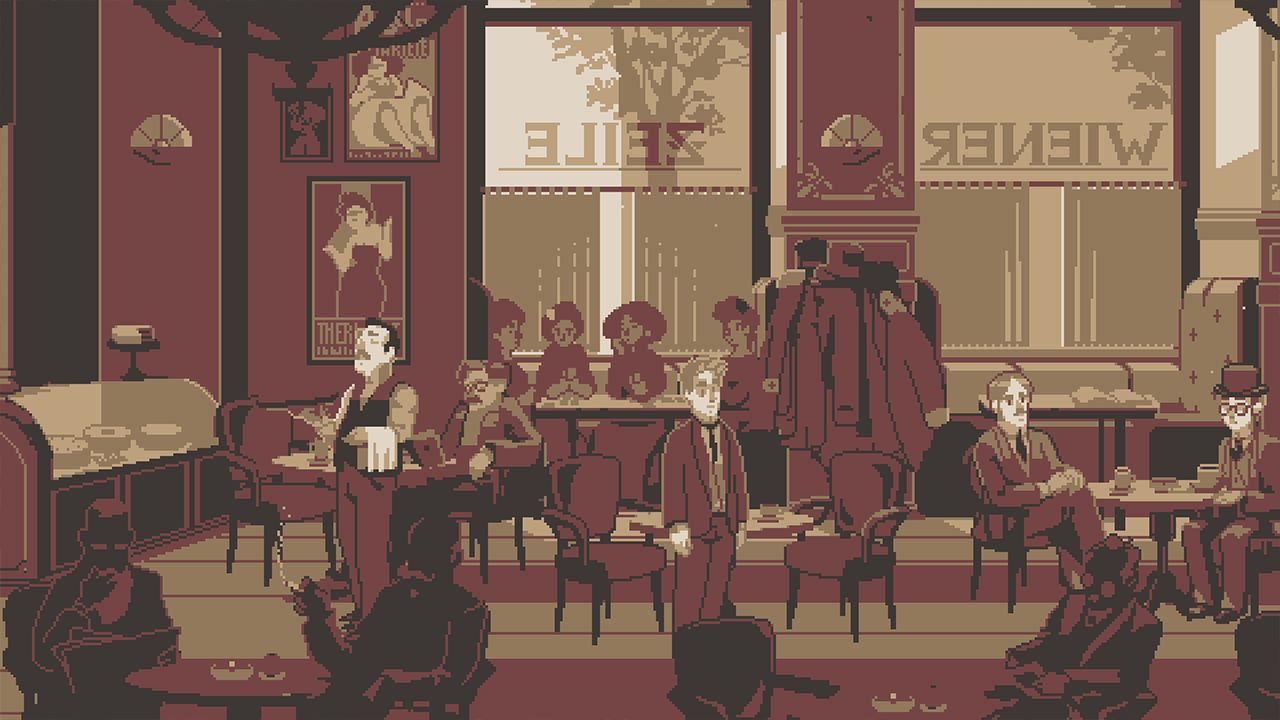 The Lion's Song is a series of four self-contained point & click stories connected into an overarching narrative, where player choices will affect the way in which the story unfolds. Set against the backdrop of early 20th century Austria, every episode follows a different character, each blessed with an exceptional creative mind. The game pulls players into a story of personal struggle for creativity, human connections and inspiration.

"The Lion's Song: Episode 1 – Silence" tells the story of Wilma, a talented young musician student. Wilma’s talent was discovered by Arthur Caban, a wealthy university professor, who invited her to Vienna. Arthur is profoundly convinced Wilma is going to play a major part in the future of modern music. Since Wilma is fighting writer’s block trying to finish her career defining composition, Arthur sends her to a solitary alpine cabin to recover her inspiration and muse.

Will Wilma be able to finish her breakthrough composition in this small cabin, surrounded by high mountains and stormy weather? In her creative crisis Wilma suddenly has an unexpected encounter.

"The Lion's Song: Episode 2 - Anthology" advances into the depths of the human psyche, uncovered by visual artist Franz Markert. Franz is an aspiring painter at the turn of the 20th century, trying to immortalize his name within Vienna’s high society. His unique ability to perceive the flaws, fears and emotions in so-called “layers” allows him to bring them – layer by layer – onto the canvas.

Doing so, Franz illustrates his very personal view on his models – quite distinctive members of Vienna’s society – as well as his perspective of the world and the time he is living in. Through his work, Franz seeks to uncover not only the layers of others but also his own. His layers, who he has sought his entire life - unable to see, feel or perceive them. Will he be able to impress the critics? Will Franz find himself? And who will help him as the doubts proliferate?

"The Lion’s Song: Episode 3 – Derivation" dives into the scientific world at the beginning of the 20th century – an era of great achievements, but also dark downfalls. On the eve of World War I mathematician Emma Recniczek enters the academic stage to solve a problem revolving around “change”. In order to discuss her theory with like-minded people Emma tries to gain access to a gentlemen’s club of famous mathematicians. As her request is denied because of her being a woman, she decides to disguise as a man.

Will this metamorphosis help Emma shed light on the problem at the centre of her theory? Will Emil be able to prevail in the circle of leading mathematicians of his time? Moreover, can she maintain her disguise or will it collapse when put to the test?

"The Lion’s Song: Episode 4 – Closure" ties the entire season together. A mysterious train ride revisits all introduced characters – Wilma, Franz & Emma - and their emotional storylines. It will take you back into their past and tell you their future destiny.

Their lives are being revisited as part of the stories of four men traveling together as strangers on a train, a journey towards an uncertain destiny.

Episode 4 – Closure will help you better understand how all individual plots intertwine in the cultural world of early 20th century Austria. A new angle to the stories will allow you an even deeper comprehension of the cultural, artistic as well scientific upheavals of that era – Wiener Moderne.

Finally yet importantly, Episode 4 – Closure, offers you an interesting and thrilled tale itself!

The choices players make in each episode will have a direct impact on the storylines of all episodes and ultimately determine if the protagonists find the success they are working for.