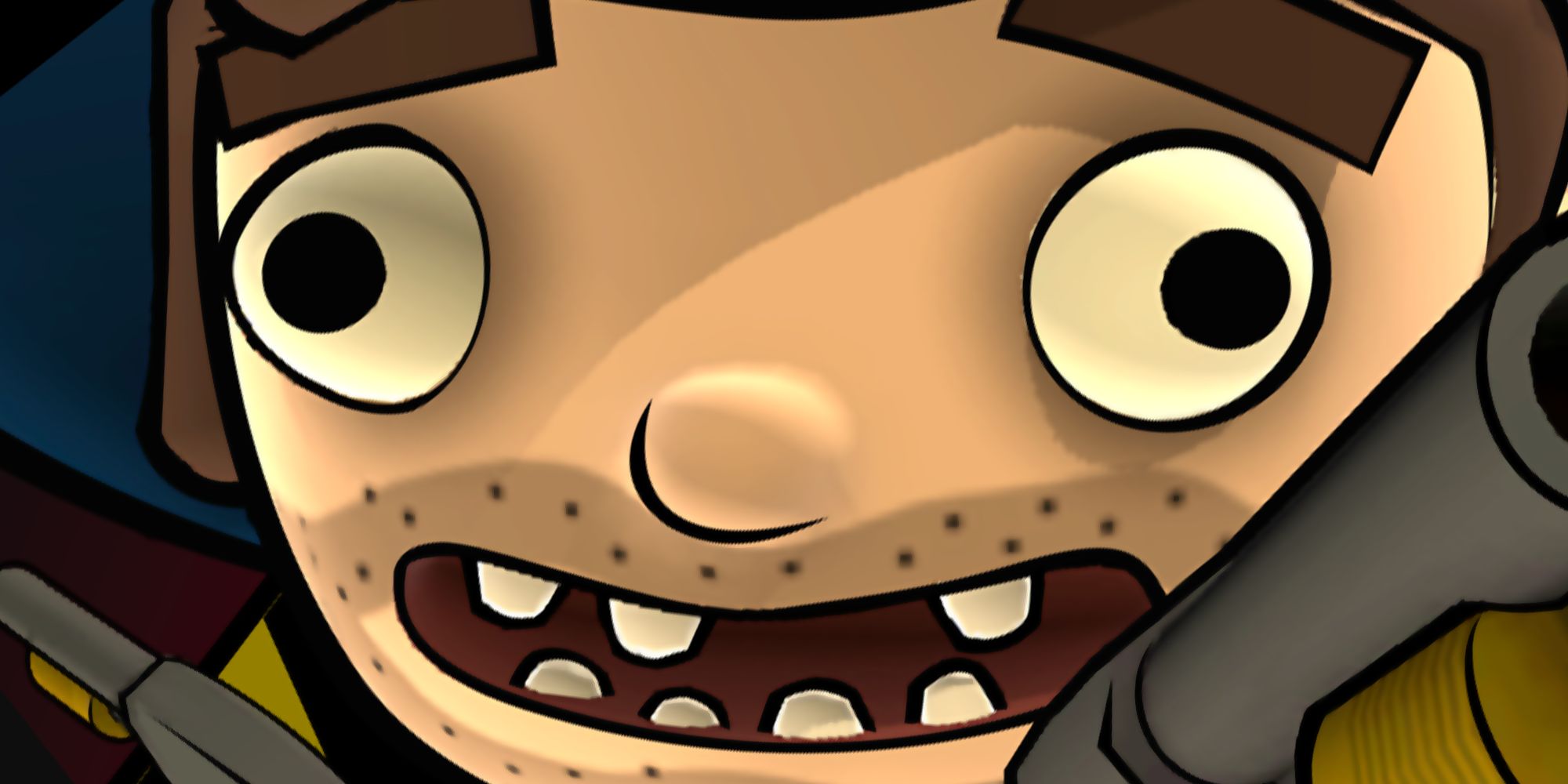 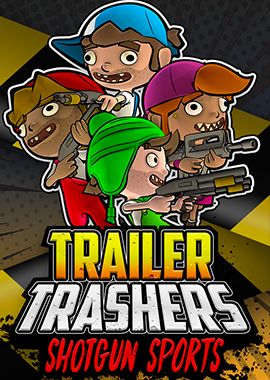 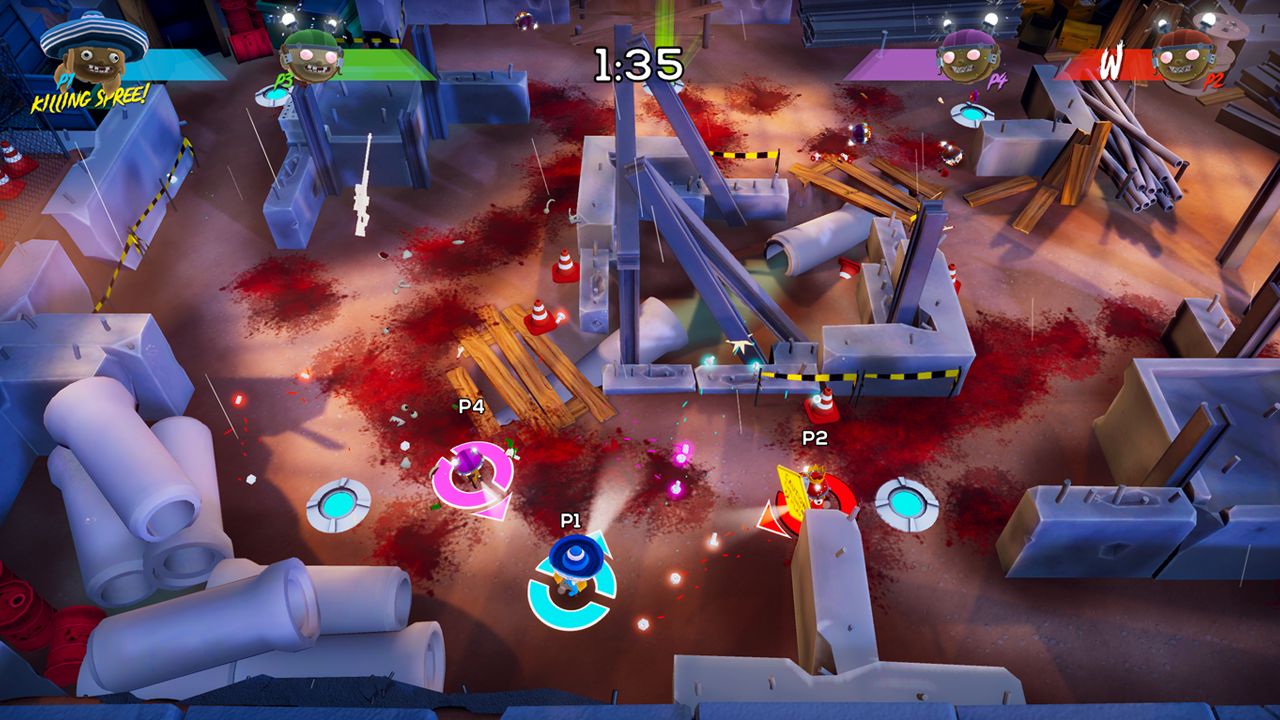 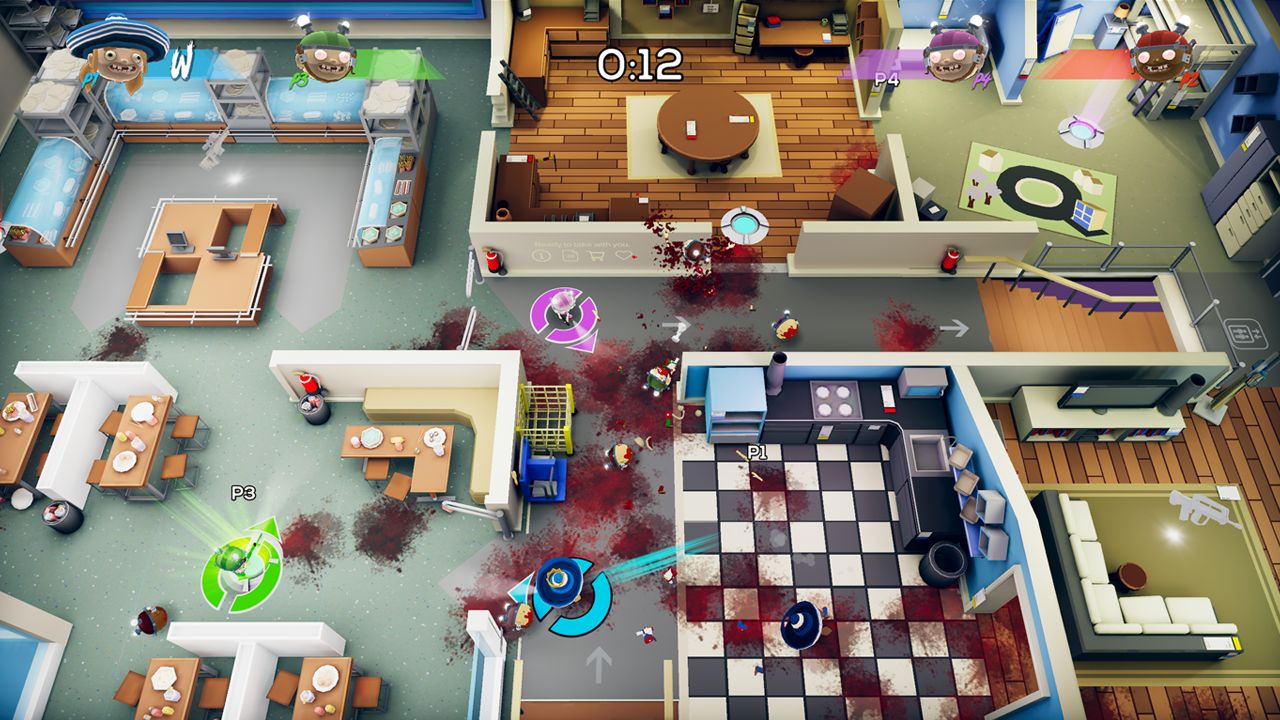 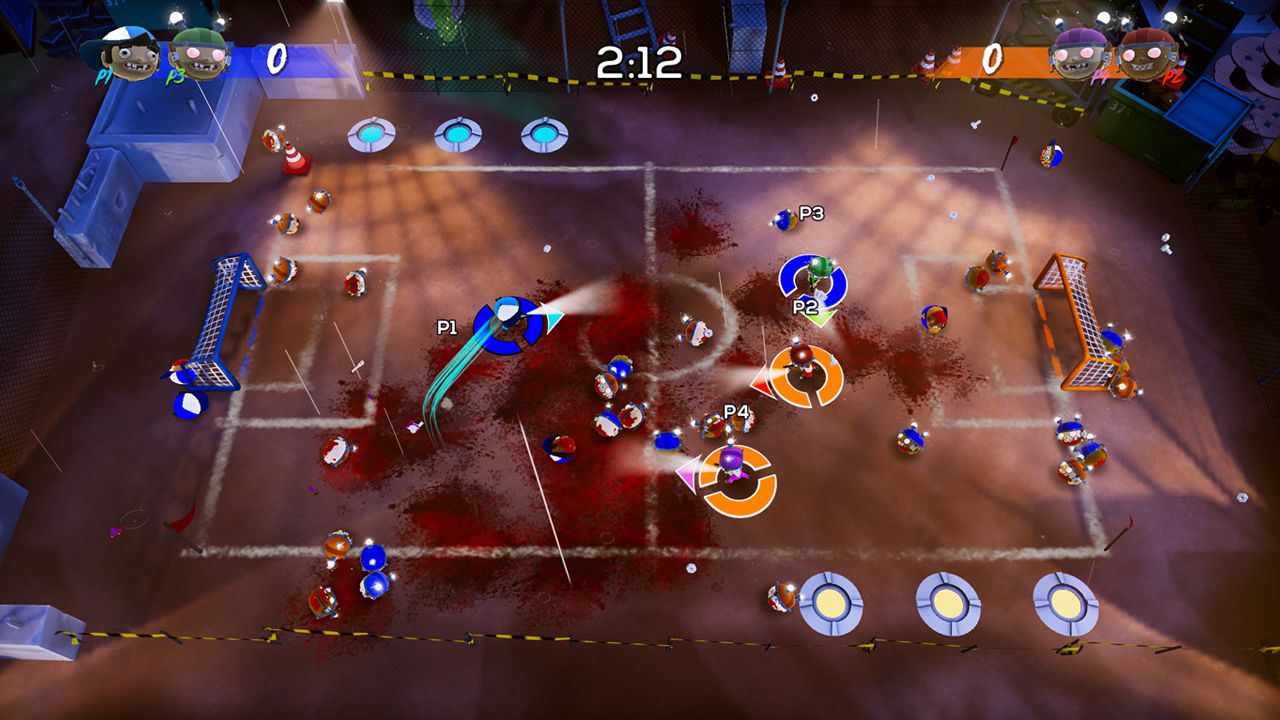 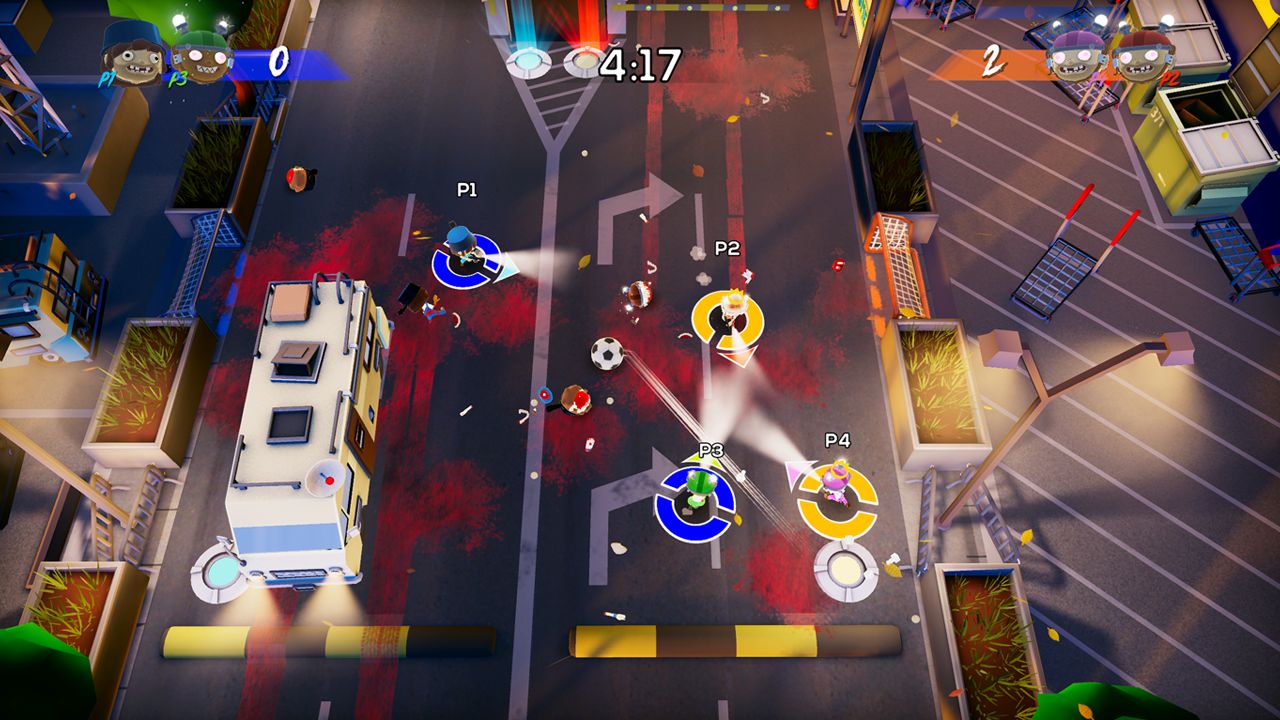 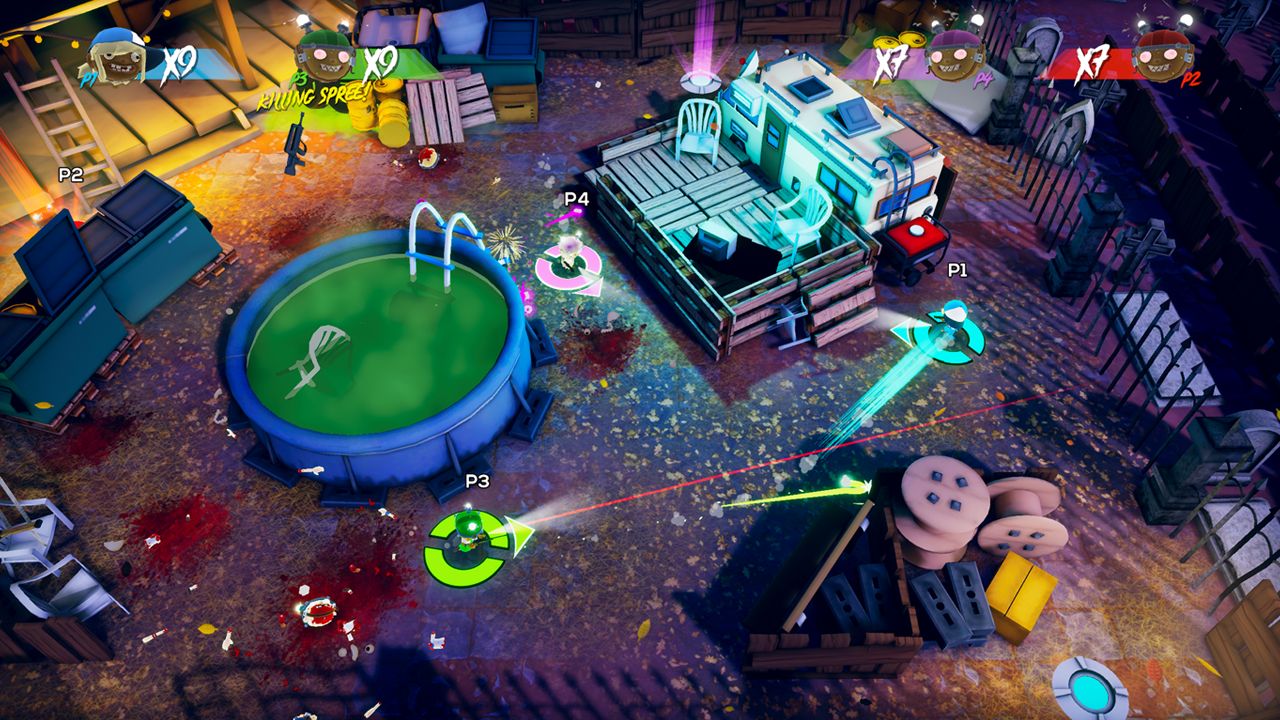 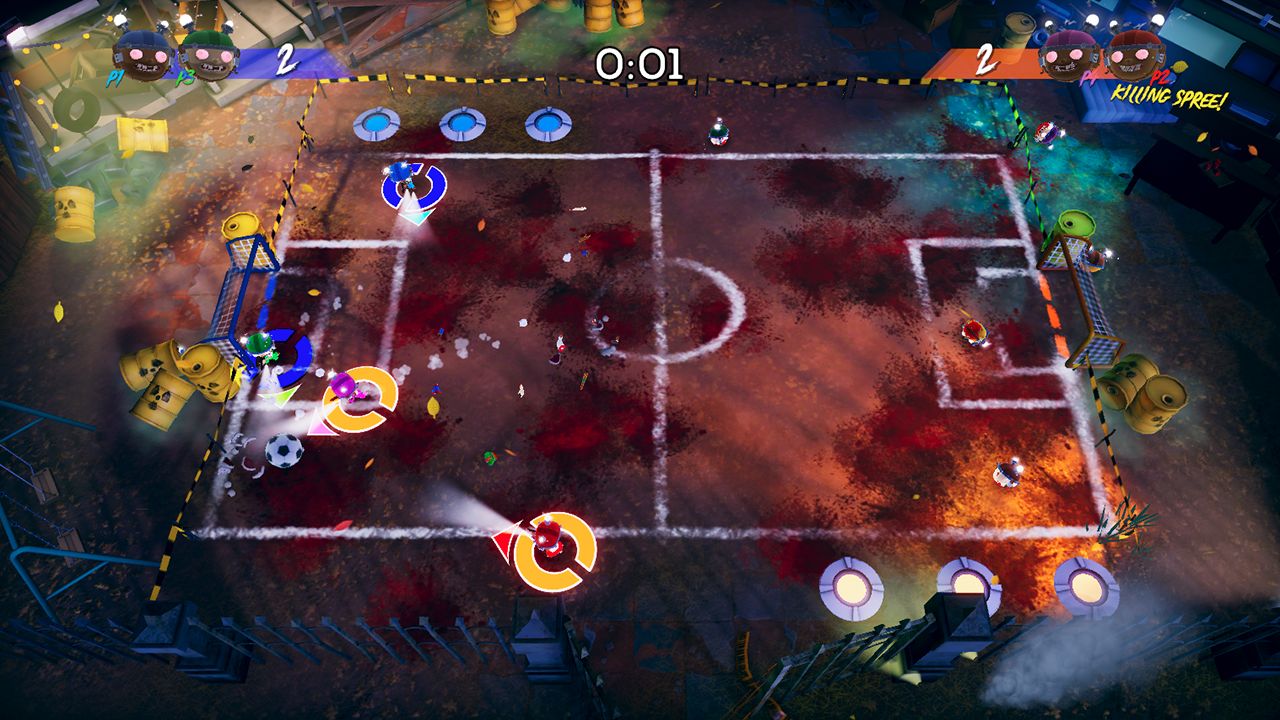 Don't forget to bring dad's shotgun because today's game is Trailer Trashers. A violently funny twin stick couch party game that let's you relive a shortened childhood. You can play with up to four friends. If you don't have anyone to play with, you can always add bots to fill up the slots. They are ruthless, but don't be discouraged, your friends might be easier targets.

All bullets will bounce off the walls, giving your friends no place to hide, but watch out since your bullets might end up biting you in the ass! There are 3 weapon types in the game. By default you carry a shotgun and every stage has two extra weapon pickups.

The first two you probably already know. Shotgun Soccer and Head Soccer are literally soccer - but with shotguns. Lastly there's the Party Mode, where you get to play all these modes in a tournament, combining all of the 8 arenas set in three locations:

A note from the developers

Thank you for checking out our game! We're a small indie studio from Belgium and put in a lot of blood, sweat and tears in this game. With the emphasis on blood. Have a Belgian beer and enjoy the game as much as we enjoyed making it.