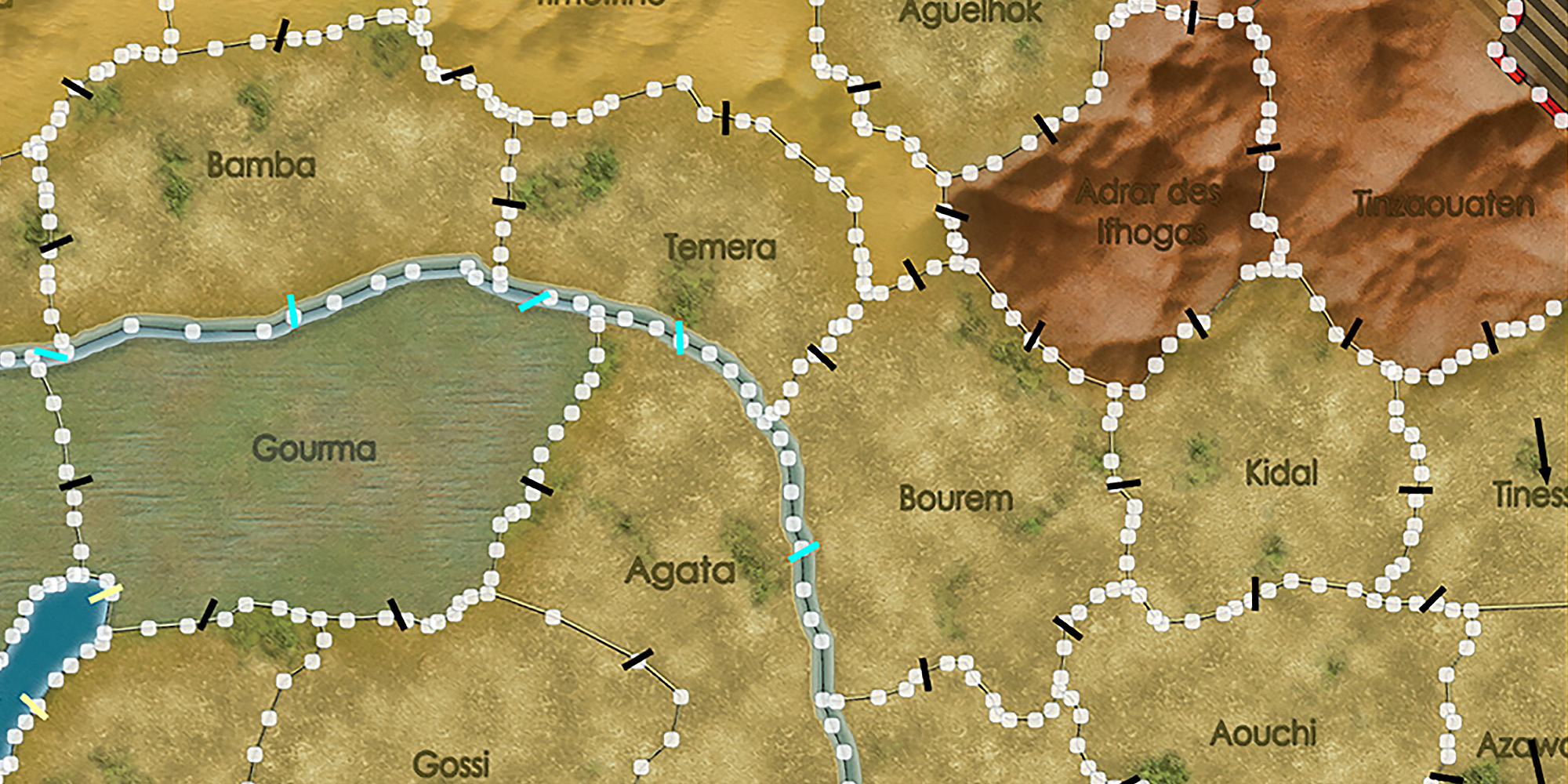 Wars Across The World 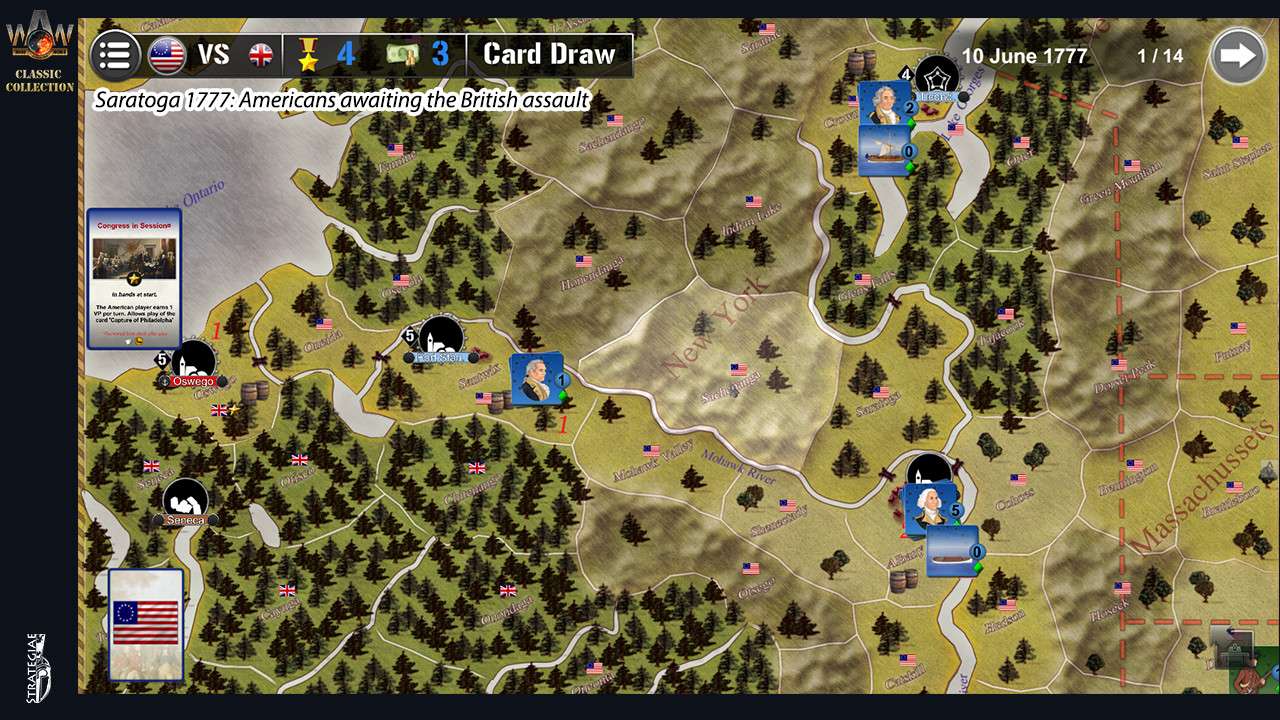 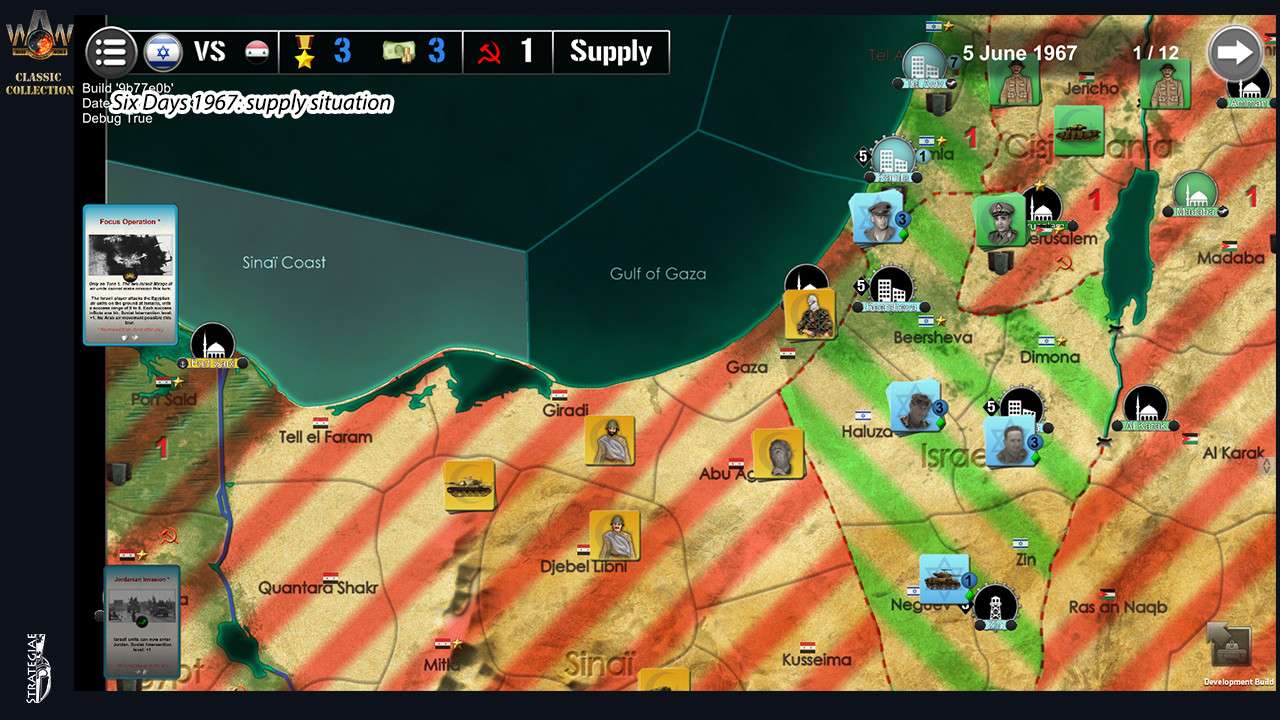 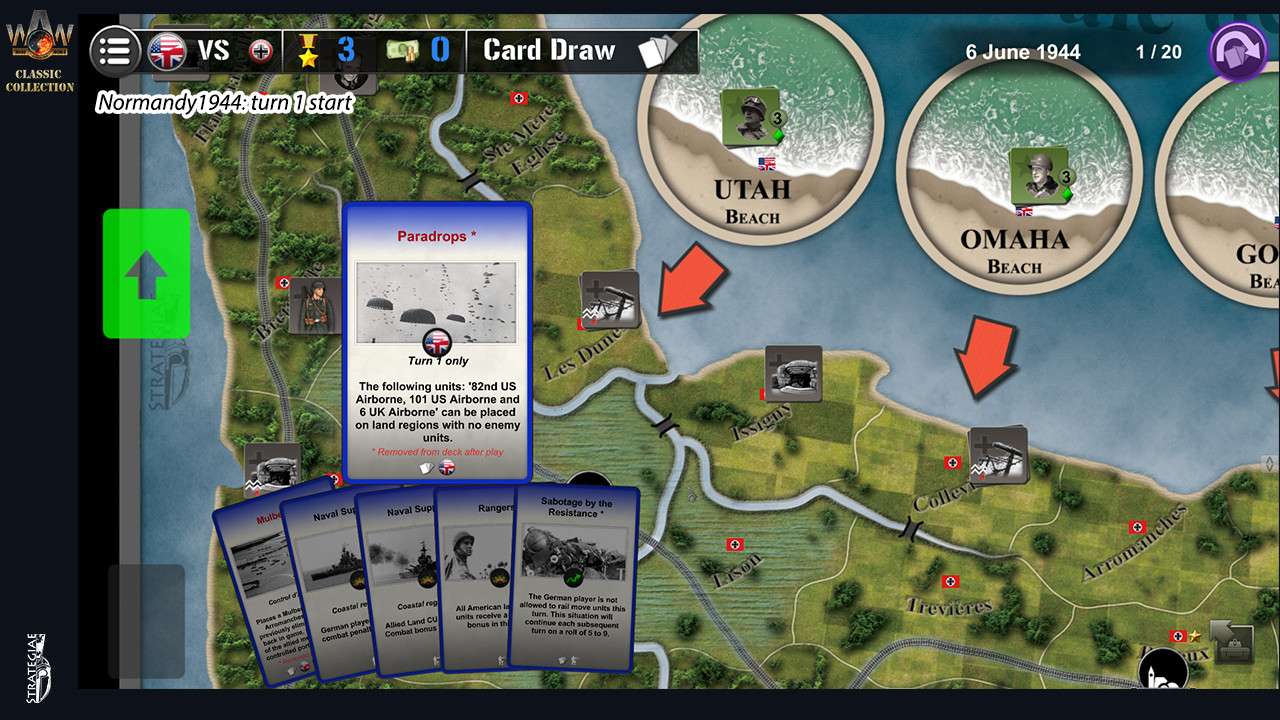 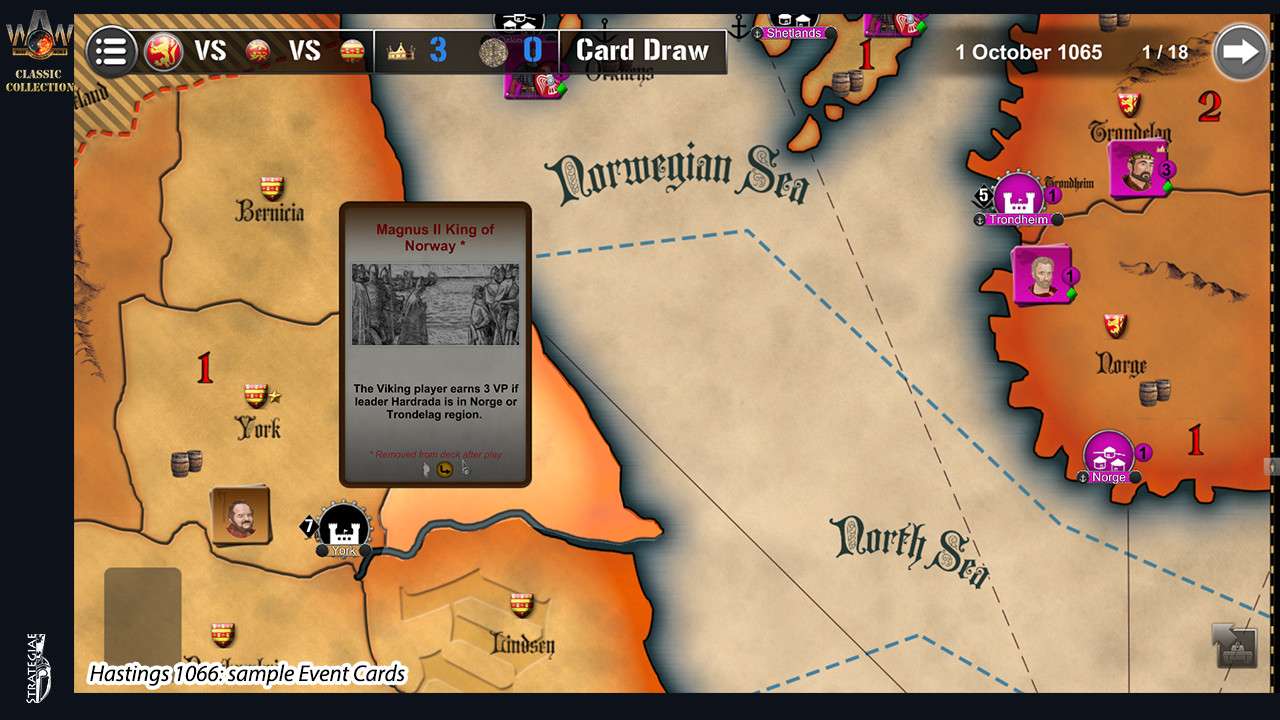 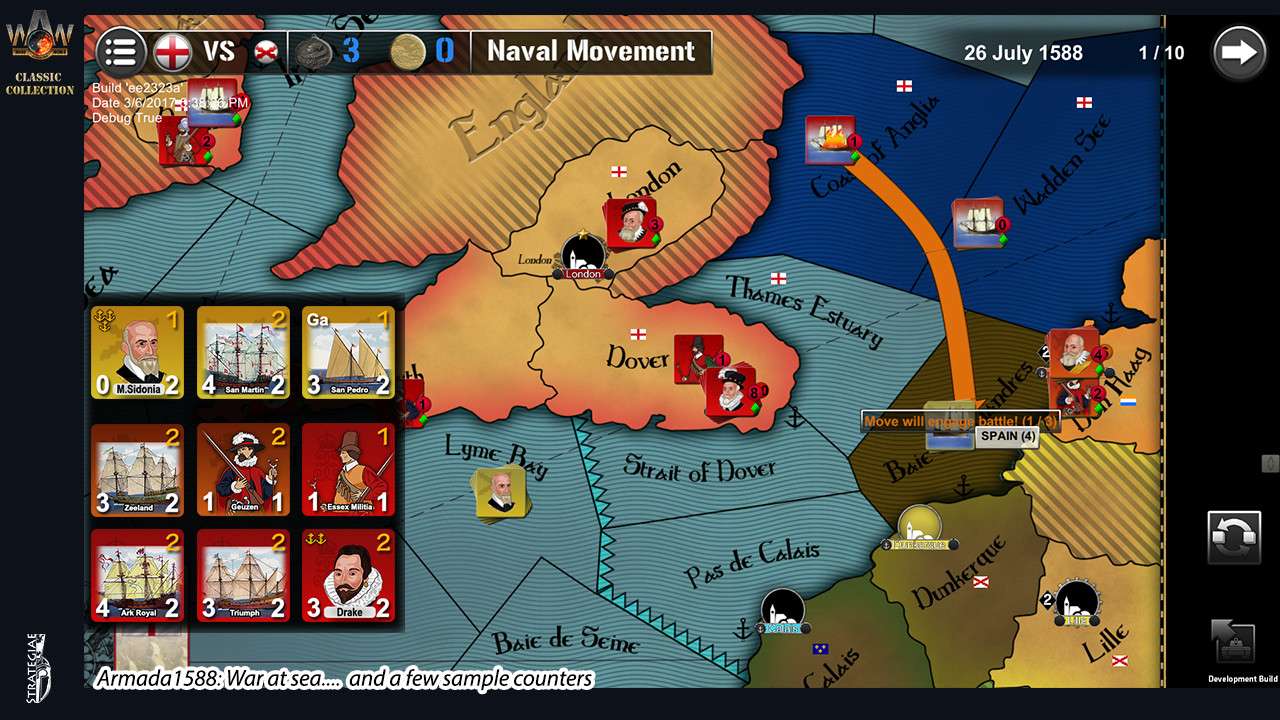 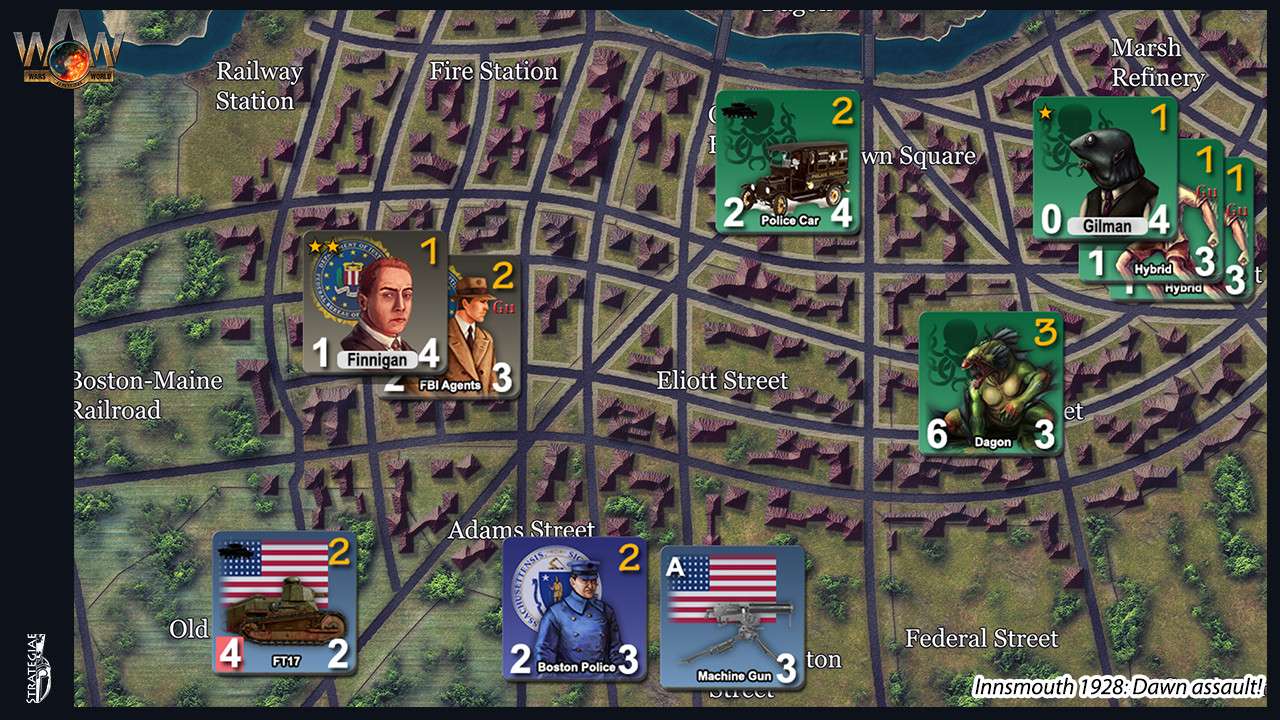 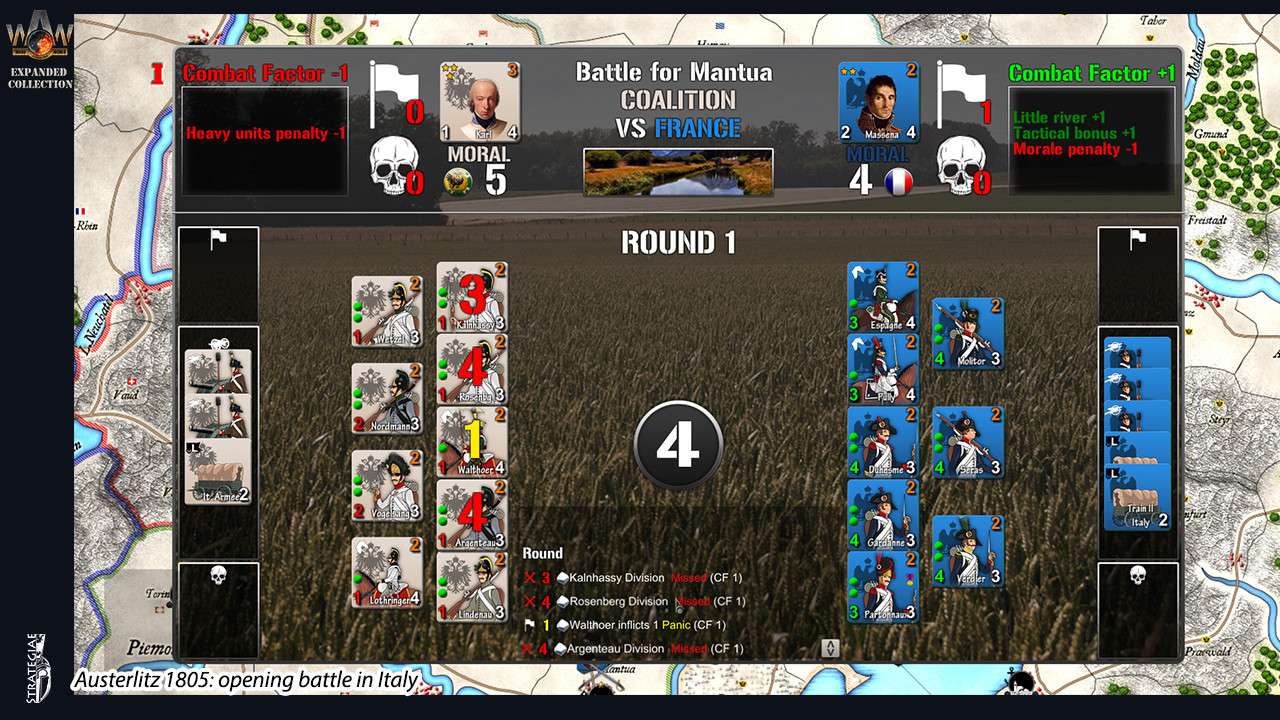 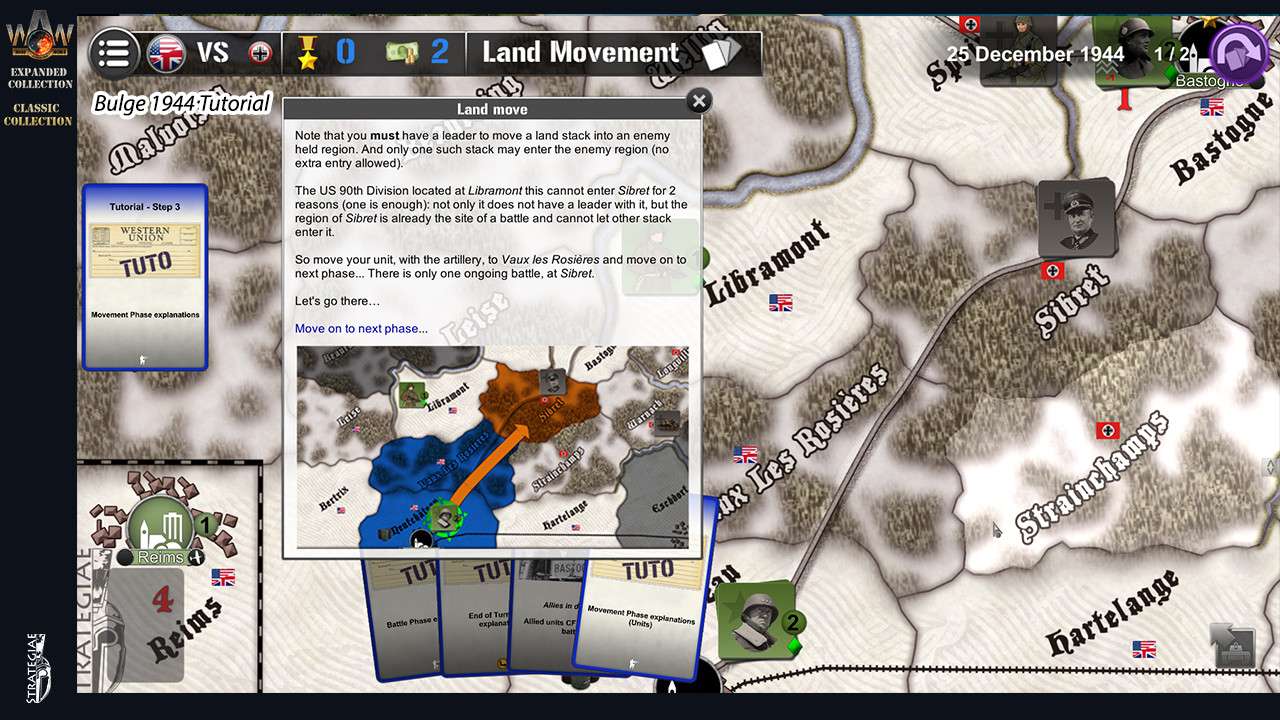 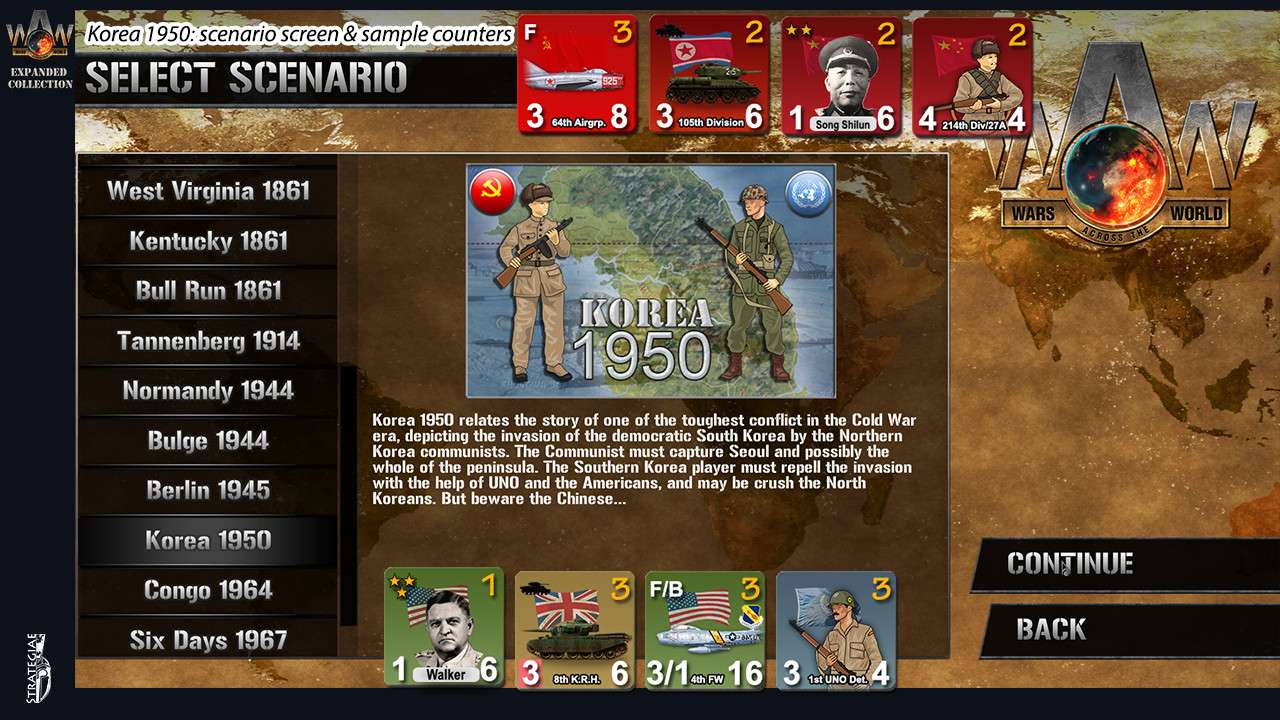 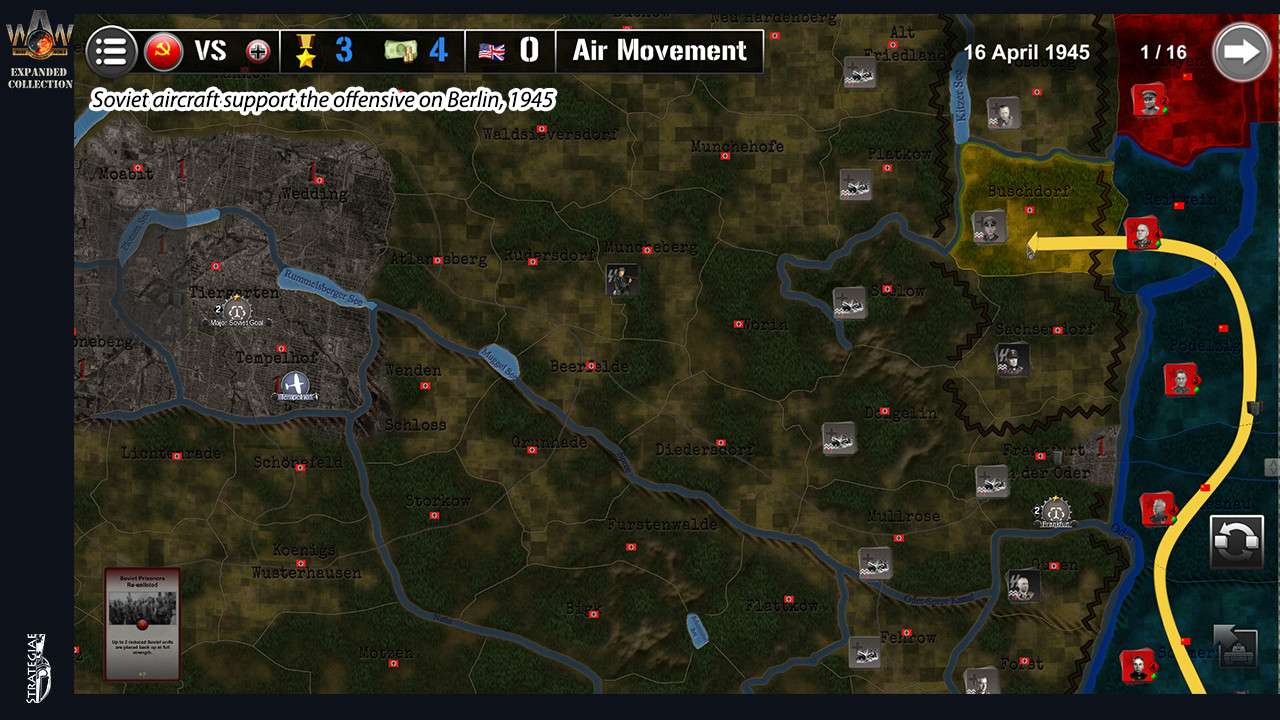 WAW is a unique game concept which aims at simulating in one single system ALL conflicts throughout the world (and beyond) from Prehistoric times to nowadays, from grand massive wars to asymmetrical conflicts. And it will work also on non-historical, alternate history, fantastic or SF titles. The key is the use of a single system of rules and situations which works in all cases.

Why? Because we want players to learn rules only once, get confident and at ease with them, and then spend all their time with the titles in the collection in a speedy and effortless manner ... for example, the battle screen will be similar throughout the games, and thus will require almost no adaptation for enjoying it in a new game!

Practically, a few minutes are required to read about the specific properties and content of a new scenario and you can jump right in!

The Main Game Features include: - Game is turn-based, using the I GO U GO system, each player taking one side (sides involve sometimes more than one nation). - The map is divided into numerous regions, with various terrains and sometimes structures (ports, fortresses, airports ...), and potentially sources of income when necessary. - When maintenance and purchase of forces is needed, or to acquire new event cards, a simple income system is activated. - Combat units may be from the land, naval or air domains. You will find different types, such as infantry, cavalry, artillery, guerrillas, submarines, flat tops, fighters, elephants, anti-aircraft batteries, etc ... All of which can be combined into different stacks for easy handling. - Leaders are crucial in the game, as they have three main usages: first they give bonus to the base combat values of their stacks, second their morale values are use to check victory or defeat levels, and lastly they are necessary to launch attacks on the enemy. - Two opposing stacks in the same region generate a battle, which is resolved in a semi-tactical way in two successive rounds. The game automatically calculates the various bonus and penalties of sides, their respective morale levels, allows for event cards play, and they each combat unit of each side shoots simultaneously (in most cases) at the enemy. Losses are taken in terms of hits and panics. The moral level of the initial army affected by the losses and panics suffered, which in turn may lead to rout, pursuit and breakthroughs. - Multiple Events Cards packs are granted to each side, that they will use to influence all aspects of the game, such as alliances, income, movement, weather, leadership, number and quality of troops and finally many tactical aspects for the battles. This ensures both a real uncertainty in the game and a great replayability potential.