Utomik announced that it has signed an agreement with Codemasters, a leading global game developer and publisher based out of the United Kingdom. As a result of this agreement, a large proportion of Codemasters games, highlights including Overlord 1 & 2, Operation Flashpoint as well as GRID 2 from the official BAFTA award-winning GRID™ games series, will be featured as part of Utomik’s subscription service. 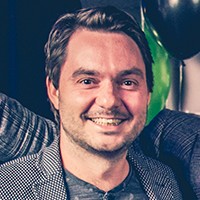