New on Utomik: Ken Follet’s Pillars of the Earth, INSOMNIA: The Ark and more… 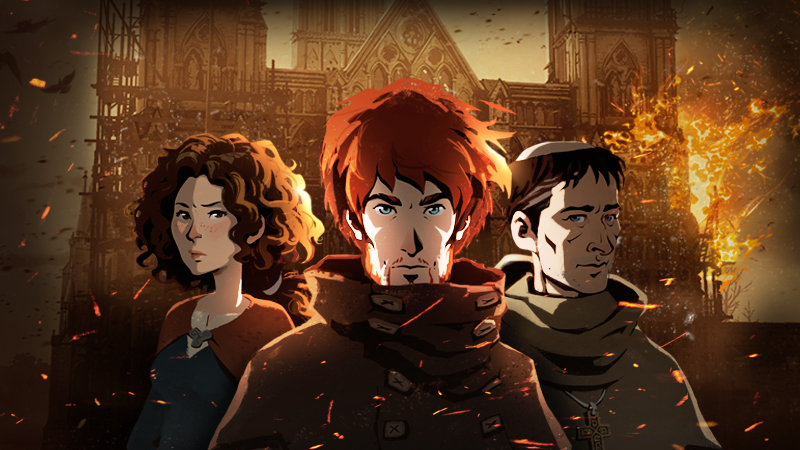 This year, we decided to hand out some presents early. This week we have an insane lineup for you. Starting with the gorgeous adventure game Ken Follet’s The Pillars of the Earth! Based on the world-wide bestseller, you go on an adventure in 12th century England. The game retells the story of the village of Kingsbridge in a whole new and interactive way. There are different characters you can choose to play as. Following other paths and leads, you can change the events from the book. Even if you’ve never read it, the game will enchant you with its gorgeous art, intricate plot and easy controls.

INSOMNIA: the Ark is a dieselpunk sci-fi RPG about the slowly degrading remnants of human society attempting to survive on an abandoned space metropolis. Develop your character, explore lovingly handcrafted locations, interact with peculiar NPCs and factions and try to stay alive in this brutal world. Experience a neo-noir world with elements of dieselpunk. Witness man-made apocalyptic landscapes imbued with a dark ambient soundtrack and echoes of a decaying civilization.

Get ready to unwrap a challenging 2D versus fighting game for PC. In Kiai Resonance, you take part in multiplayer samurai combats where one hit off-guard is fatal (as samurai are famous for their one-hit kills), and several challenges to perfect your skills. So go in for tactical fighting instead of feverish button mashing.

Call upon the gods of Olympus to help you rescue your beloved before all hope is gone! Unfolding with the scope of an epic fantasy adventure, this week’s time-management game will capture your imagination even as it draws you into hours of compelling gameplay! Happy holidays with Weather Lord: Legendary Hero - Collector’s Edition.

Rise up against robot troops that are crushing the kingdom you love in Duskless: the Clockwork Army, a thrilling match-three steampunk adventure! Can you stop the onslaught and restore Etherpoint City to its former glory?

We hope these treats will entertain you in the coming weeks and all the way through the holidays. In Europe some countries now enter a new lockdown period, so hopefully our gifts will keep you entertained and carry you through. And, if you’re ever lonely, hop on over to the Utomik Discord server, where the team and other players are having a friendly chat, about games and more. Stay safe!