New on Utomik: Per Aspera, 1812 Napoleon Wars and Rush for Gold Alaska 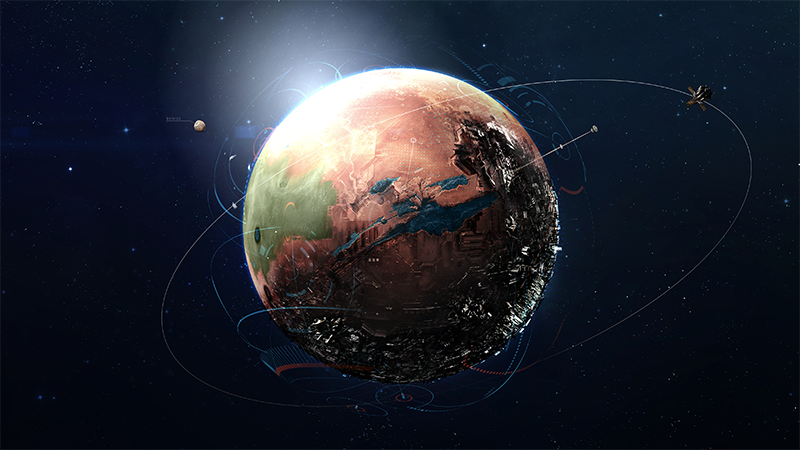 Bend space and time in this week’s games! We have an adventure that takes you into the future (and into space!) but also two games that dive back into the good old past. Defend your settlements, or build them to fit your vision: the choice is yours.

Welcome to the future. Humanity has tried to terraform Mars many times before, but this time we do it differently. Enter AMI: the most sophisticated conscious AI known to man. As AMI, it is your responsibility to prepare Mars for human population.

In Per Aspera, you start off with the familiar barren red planet. Build networks and biomes, and deal with natural disasters as you progress the planet into one that is ultimately inhabitable. But nothing is ever as easy as it seems. People have been here before and their remnants are scattered all over the planet. Why did they leave before? Why did they fail? Per Aspera is a city builder sim, but on a planetary scale. Inspired by existing scientific theories, you are given the power to create the infrastructure of a new planet from scratch--and each decision you make can have planet-wide consequences as well.

Narratively rich and full of challenges and intrigue, Per Aspera is a game that will make you lose track of time before you know it.

Play one of the most impressive battles of the 19th century in 1812: Napoleon Wars, a tower defense game where you have to fend off Napoleon's troops as he marches on Moscow. Choose the right units and battle the harsh seasons just like in the real Battle of Borodino, a historically famous battle which took part on the cusp of the much-feared Russian winter and was the largest battle ever fought until then. 1812: Napoleon Wars is an intuitive indie strategy game with increasingly challenging levels that are sure to keep you on your toes.

Winter is coming, but don't let that stop you from a train ride all the way to Alaska! New on Utomik: Rush for Gold: Alaska, a casual time management game where your family is down on its luck and you need a way to pay off the debts. Everything is possible in Alaska! Although you are looking for gold, you'll soon find yourself the Mayor's Assistant and in charge of improving the rundown town. Gather more resources and hire more workers, and make the town of your dreams while you work to get your family out of trouble!