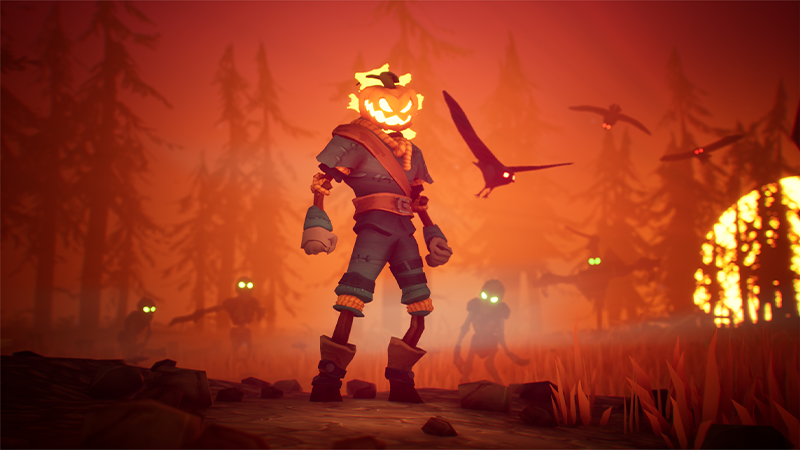 Halloween is on its way! Stores are filled with fake bats and spider rag, rats and ghostly drapes as you prepare for the scariest (and in our opinion, best!) holiday of the year. What better way to get into the Halloween spirit than some games? This week’s feature will get your Halloween spirit going, and next week we’ll be featuring more of our top Halloween games, too.

The kingdom of Arc En Ciel is boring. So boring, in fact, that the devil himself takes it upon his person to do something about it! He sets monsters and curses on the land, but Arc En Ciel quickly enlists a wizard to fix this situation. That’s where Pumpkin Jack comes in. Tasked by the devil to find this wizard and destroy him before he can set things right, your job in this game is to help evil destroy good.

And what a joy that is! Dodge, jump, run and climb your way through spooky challenges, and defeat monsters in your path with a wide range of unlockable weapons. From scythes to good old guns, you have plenty of options to crush the forces of good. Ride minecarts, and go on a breakneck chase on horseback through the swamps! The world of Pumpkin Jack is gorgeously colorful and deliciously spooky. Although of course best served during the spooky season, we have to say that with this game on your screen, Halloween could be any and every day of the year!

Not all that much into Halloween, or looking for a quick breather? It’s time for a trip to Paris! Join the Walkers as they head off to France and puzzle their way around its capital city. In Travel Mosaics: A Paris Tour, you get to solve puzzles to collect coins and souvenirs, and you learn a great deal about the city itself while you’re at it!

Travel Mosaics: A Paris Tour is fun for the whole family. This colorful game offers 140 nonogram puzzles out of the box (where you fill in squares on a grid to make pictures), but can you find and unlock the 20 bonus puzzles that are hidden within? With three difficulty levels, you can play this as a relaxing game or with more of a challenge. And if you’re stuck, don’t worry. Travel Mosaics will help you on your way.

The Great Empire: Relic Of Egypt

Are mummies spooky enough for you? Well, if you imagined your life to be easy after taking up the double crown of Egypt and becoming the next pharaoh, you must have overlooked the damage your ancestors could do! In The Great Empire: Relic of Egypt, you are forced to put your honeymoon on pause because one of your great grandparents has decided to unleash an army of mummies on the land. Stop this madman before he ravages the land, and restore your kingdom to its former beauty!

As a pharaoh, you have access to plenty of labor. Send your people out to clear out obstacles, gather resources and rebuild settlements. It is up to you and your workers to defend yourself against the army of mummies, open up trade routes and defend all that you’ve restored to new glory.