New on Utomik: The Dungeon of Naheulbeuk, Witch’s Tales and more! 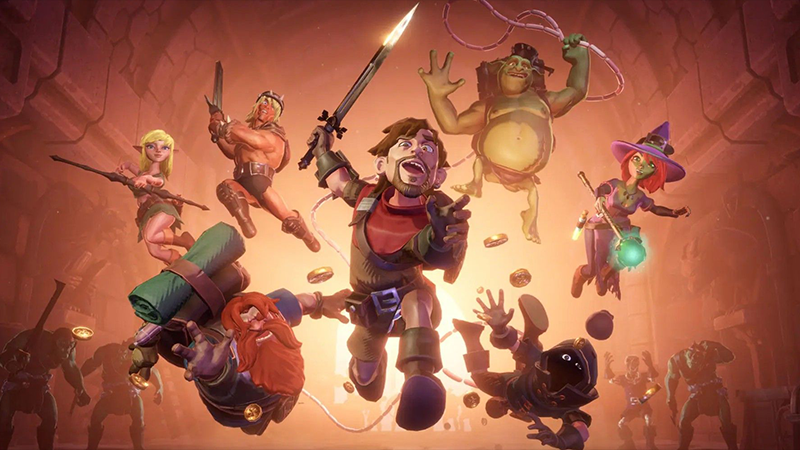 We’re thrilled to be bringing a beloved title from Dear Villagers to Utomik today! The Dungeon of Naheulbeuk: The Amulet of Chaos - Ultimate Edition is now ready to welcome you into its most dangerous labyrinth. Fortunately, good companions keep you safe… right?

Also this week: Witch’s Tales, a classic fairy tale with a twist. Find your way through a myriad of puzzles and mini games! And lastly, Defense of Roman Britain for those of you who love a different strategic challenge with some tower control.

The Dungeon Of Naheulbeuk: The Amulet Of Chaos - Ultimate Edition

We’ve got company! This group of unlikely heroes has to work together to find treasure in the most treacherous places. The Dungeon Of Naheulbeuk: The Amulet Of Chaos–that’s another mouthful–was originally created by French author John Lang. We’ve released the Ultimate Edition for you this week!

What do an Elf, a Ranger, a Barbarian, a Magician, an Ogre, a Thief, and a Dwarf have in common? They’re all part of the same motley gang. With unique skills and ways to support one another, your exploration endeavors won’t be growing stale anytime soon. The Dungeon of Naheulbeuk offers not only exciting adventure, but also a charming story with many side quests and character interaction. Get creative and use your terrain to your advantage with over a 100 different enemies to destr– err, add to your bestiary. Veteran dungeon explorers can rejoice, too, with an intense nightmare mode to cater to your every bloody need!

We have more of a classic fairy tale this week too, though it has a bit of a twist! In Witch’s Tales, young witch apprentice Alice is studying diligently under Circe, one of the most powerful witches around. Things take a turn for the worse when Circe begins turning every single prince into a frog–until one of them decides to marry her. Help Alice break the curse on the princes by solving tons of puzzles, finding objects, and beating mini games and challenges. Save the kingdom before it’s too late!

You will have to use different tactics if you want to complete these levels! Defense of Roman Britain is a tower defense game where you need both your weaponry and your spells to plan ahead, in terms of both offense and defense. Keep an eye on the seasons and your special powers, and take over if things get a little too hot. After all, if you want a job done perfectly, you’ll have to do it yourself. Unless…?