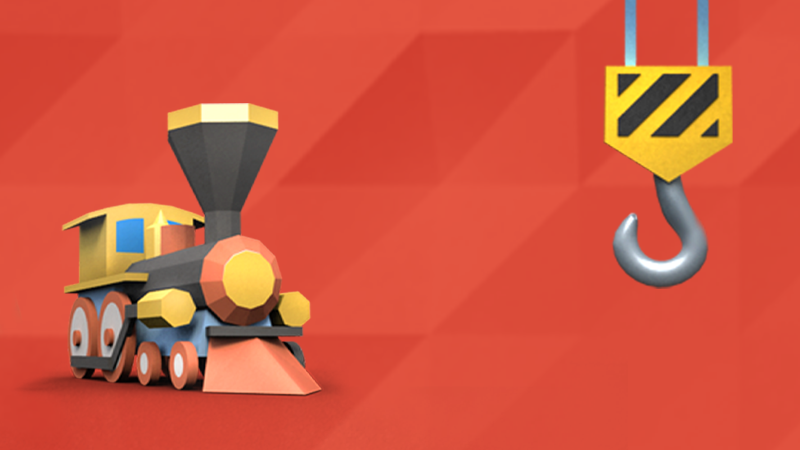 The new year is here, and we’ve got the perfect new games to start it on a casual note! Play with trains in our newest simulator, or jump into Hobbit Village as you have to build it up again. Or how about solving puzzles of all shapes and sizes? There’s plenty to do, so let’s jump right into this week’s releases!

Played with model trains as a kid? Or just like the zen of building things? Train Valley might be perfect for you! This well-received indie game lets you build a network of trains in four different eras and regions. You get to build in Europe, America, the USSR and Japan, while experiencing major historic events. Make your network crash-free and get your trains to their destination. Or you won't get paid.

Difficult terrain will make for difficult construction, and there are plenty of other challenges to be found in Train Valley. Play in story mode or sandbox; with fifteen types of train, the world is your playground! This casual train simulator/puzzle game is extremely addictive and the gameplay works like a well-oiled machine. Is your network bound to be a train wreck, or will you manage to stay on track?

The Enthralling Realms: Curse of Darkness

Are you a big fan of Lord of the Rings and match-3 games? The Enthralling Realms: Curse of Darkness is your kind of game! Hobbit Sam finds a magical ring in the woods and sets in motion an epic war among the races of the world. But at the end of that war, Hobbit Village is destroyed and the other hobbits are angry with him. Sam intends to restore the village to its former glory with some help of the witch Alice. Can you solve all 74 match-3 puzzles and help Sam right his wrongs?

Spirit of the Ancient Forest

Spirit of the Ancient Forest tells the story of Sarah, whose country was invaded by the Dark Lord Marcus and his mechanical army when she was just a child. Now, much later, she discovers that the Great Tree is in danger; it is the heart of the forest and without it, all is lost. Knowing the Dark Lord's destruction first-hand, she must stop him at all costs! Declutter Hidden Object scenes and solve jigsaw puzzles in 91 gorgeous, soothing game levels as you fight to thwart the Dark Lord's evil plans. Will you help Sarah succeed?