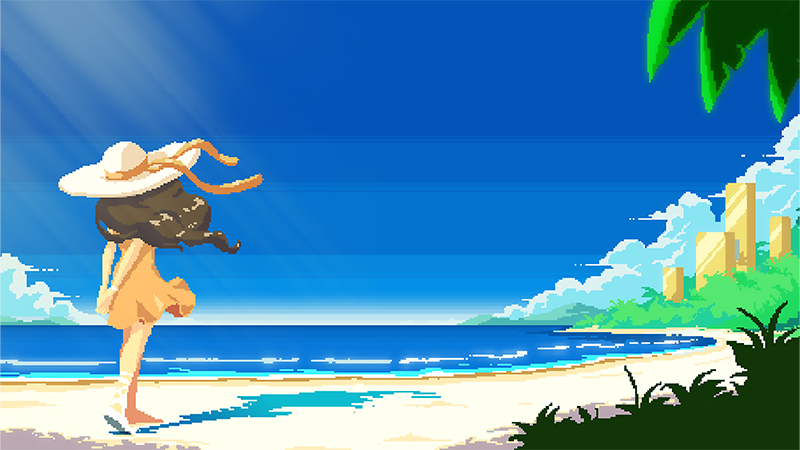 From uninhabited islands in the Pacific Ocean to space and having to deal with your own crew, this week’s new game titles bring you plenty of fun! Let’s check out all the ways in which you can spend your weekend (or week…we won’t judge)!

Years ago, a child prodigy called Evan disappeared. So who sent the letter from an uninhabited island somewhere in the Pacific, asking specifically for a girl named Dysus to come find him? Solve puzzles on a gorgeous pacific island and unravel the mystery of Evan's Remains, a story-rich game where things get a whole lot more mysterious before they start making sense. Who is the strange blond boy on the beach—wasn't this supposed to be an uninhabited island? And what really happened to Evan?

Slink into the role of the sarcastic Dysus and uncover the truth in this game that you will want to see through to the end! Hop around, learn new mechanics, and cross the many obstacles of the island on your path to the truth. This story will stay with you for a long time to come.

Get ready for some (controlled) chaos in a bite-sized roguelite—with Space Crew: Legendary Edition! All you have to do is to take control of your very own ship, recruit your personal crew, and blast off into the vast galaxy.

Missions will land you in peril whether you're ready or not, it doesn't matter if you're still on the ship or exploring outside with a recon group. After all, your crew has the makings of legends untold. From bounty hunts to reconnaissance, no feat is too big or small. Train your crew well and guide them through the dangers of the unknown, occasionally mourning your strategic mistakes. Oh, well. At least they went out in style, you made sure they looked their best!

If you are a big fan of the Walker family like we are, you'll be thrilled to hear that this time they're heading to Rome! With 120 new nonograms, Travel Mosaics 2: Roman Holiday brings you a lot of new puzzles to solve—and you’ll learn something about Rome's history as a bonus! This game is colorful and fun, and an absolute must for the nonogram puzzler.

Alison has fallen ill, and nobody knows what is happening to her. As her best friend, your devotion to solving the mystery of her strange illness takes you to the edge of reality and ultimately brings you face to face with a powerful mage! Amulet of Dreams is a beautifully crafted hidden object game where you'll find that magic is all around you. How will you save your friend—and the world?