Play on Utomik now: A Year of Rain, Huntress, and Black Swan! 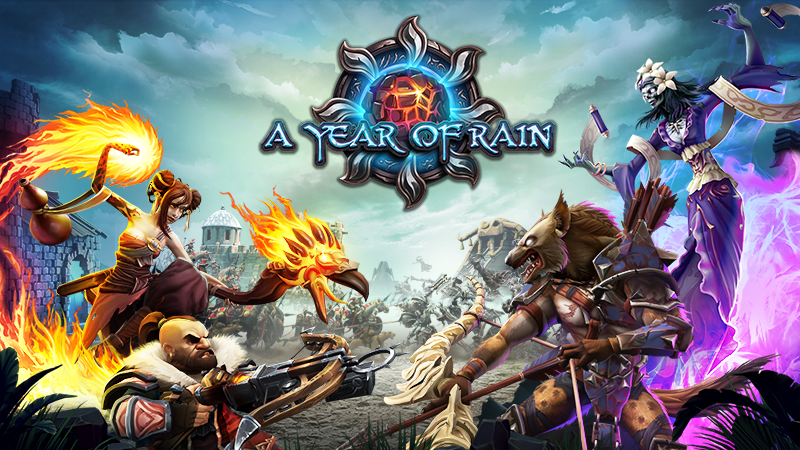 Did you hear that it won’t be raining for a whole year? And that the village that you live in is actually just fine, no trouble in sight, not to mention that girl’s orphanage–absolutely no problems at all. It’s probably all pretty boring. April’s Fools, though: of course we bring you great new titles this week as well! Let’s jump into our newest games. No joke, we promise.

A Year of Rain

This one's for the real-time strategists under us! A Year of Rain is an ode to the genre's all-time favorite title Warcraft 3, but with a heavy focus on team play. Play 2-versus-2 in the Skirmish mode, or follow the story in the Campaign Mode. You can play as one of three factions. Choose the aristocratic House Rupah, the undead faction of The Restless Regiment, or play as a group of nomads under The Wild Banners. Engage in combat and defeat your enemies while you expand your faction with greater units. Make your heroes rise to the occasion!

A Year of Rain is a great RTS game with amazing graphics and an engaging soundtrack. You can start off with a tutorial if you're new to the genre, and you'll be fighting in the role of Tank, Damage or Support in no time. Conquer the map and claim victory!

In Huntress: The Cursed Village, you return home only to find your village in the clutches of dark forces! To lift the curse and save your home, you must take up the fight. Prepare your spells and call forth your spirit animal, a fire bird, and defeat the enemy in 77 gorgeous Match-3 levels of puzzle fun. With five vile monsters to defeat, will the village be free ever again?

With creepy orphanages, ghosts, and ominous music, Black Swan will grab you and not let go. One day you receive a letter from one of its students, only to discover she is already dead. Something strange is going on in the orphanage, and it all started fifty years ago. In this Hidden Object game you must solve the mystery of the orphanage before it's too late! Can you save the children's souls? The Collector's Edition on Utomik comes with 10 extra levels and several new puzzles and mini-games!