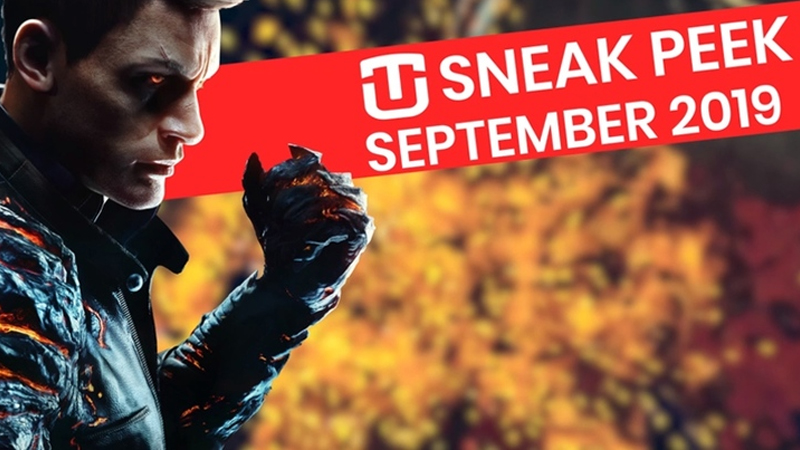 In September we bring you not one but TWO Day One releases! Watch the video or read more below to get a sneak peek at these games and a few of the other titles we’ve got lined up for you in September.

This month, you can hack and slash your way through a war between angels and demons in the brand new and spectacular game Devil’s Hunt or lose your mind in the Lovecraftian roleplaying game Stygian: Reign of the Old Ones. Do you prefer a different type of game? No worries, we’ve got you covered! Just check in every Friday for our latest additions to Utomik.

Devil’s Hunt - The hack-and-slash action game Devil’s Hunt is based on the Polish novel Równowaga (Equilibrium) and tells the story of Desmond, a man caught in the middle of a war between angels and demons. The game is intended as the first game of a longer series, introducing you to the game world and the lore behind it. The writer of the novel, Paweł Leśniak, wanted Devil’s Hunt to happen so much that he founded the studio that’s now working on the game. And his commitment really pays off, because the game looks incredible!

Stygian: Reign of the Old Ones - Delve into a beautiful role-playing game of horror, loss and madness set in the familiar supernatural world of HP Lovecraft. Your character's sanity and mental state will influence dialogue options. Your inevitable mental conditions will give you advantages as well as hinder you. The struggle in Stygian is not to save the world, for that battle is lost already. Pursue your own goals in these end-times: salvation, vendetta, or perhaps something even darker.

Re-Legion - Re-Legion introduces a new alternative to the usual economic and resource management mechanics in real-time strategy games. Convert ordinary non-believing citizens into loyal followers and lead your very own cult to victory and destroy those who oppose you!

Wild Guns Reloaded - Wild Guns Reloaded is a fast-paced arcade-style shooter, mixing the Wild West with steampunk. The original Wild Guns release from 1994 is generally considered a cult classic. This remastered edition takes everything good from the original and adds two new characters, additional stages and game modes, and gives you updated visuals and audio.

Anima: Gate of Memories - The Nameless Chronicles - Anima is a third-person action RPG in which you experience the story of a man without a name. He’s an immortal being, cursed to walk the world until the end of time. Accompany him on a journey through his past lives and discover the secret story behind the Gate of Memories. This is the second game in the Anima series set in the world of Gaia from the Anima: Beyond Fantasy RPG table-top books. Part 1, Anima: Gate of Memories, is also available on Utomik.