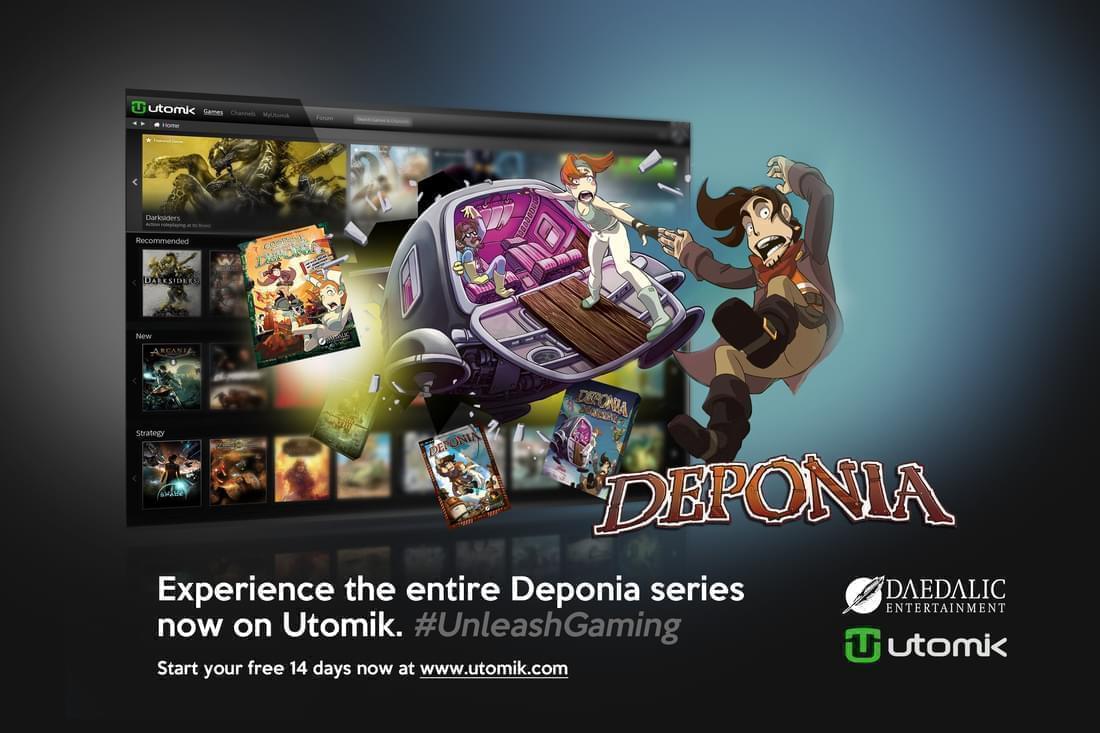 This is the result of a new partnership between Utomik and Daedalic Entertainment, and brings the total number of games now playable on Utomik close to 220. The addition of the thirty-two Daedalic titles into Utomik brings subscribers of the service unlimited play of 89 epic adventure titles. The service has now secured publishing contracts with sixteen partners for a total of more than 650 titles.

Utomik's vision is to “Unleash Gaming” by enabling consumers to access games as easily as they do TV shows, films and music today. The monthly subscription service offers consumers unlimited play on as many games featured on the service as they like, with more titles added each week. Utomik is currently in Open Beta at a 40% discounted price of $5.99 per month. New users can try out the service 14 days for free by registering on www.utomik.com.

Utomik’s CEO, Doki Tops, says, “Deponia titles are awesome point and click games and every adventure gamer’s dream come true. Utomik subscribers now have unlimited play on hundreds of amazing games. When we started out with our vision to Unleash Gaming, we made a promise to add more games each week to the service so that our subscribers never get bored and always have a bigger choice from a wide range of games in all genres. We will continue to deliver on that promise.”

Commenting on the addition of Daedalic games to Utomik’s subscription service, Carsten Fichtelmann, CEO of Daedalic Entertainment, adds, “We are delighted that Utomik subscribers can now play our Deponia Series and many other of our games as often as they want.  For us, subscription-based gaming is a new and exciting way for consumers to access our games.  We definitely see Utomik featuring prominently in the future as a preferred gaming channel.”