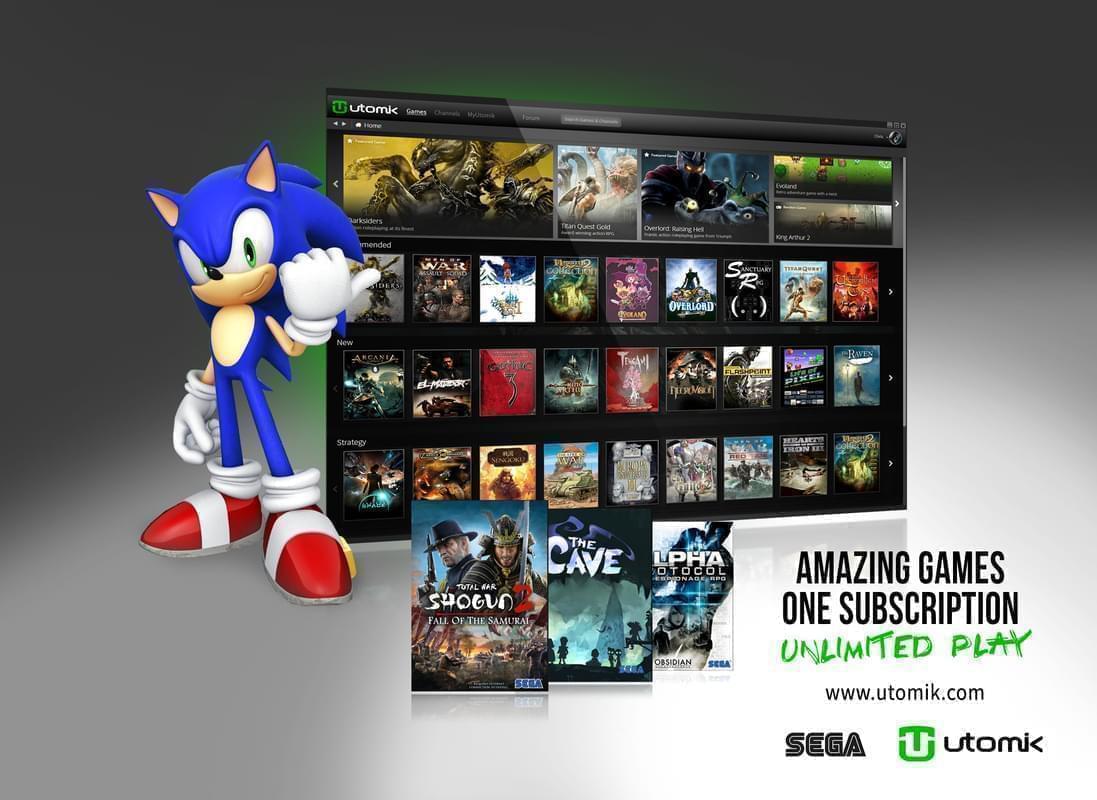 LONDON + WESTLAKE VILLAGE, USA - SEGA, a world leader in interactive entertainment, and Utomik, the instant play “unlimited gaming” monthly subscription service, today announced that they have entered into a partnership agreement. For SEGA, this co-operation opens up a completely new distribution channel for its existing PC game titles and accessibility to a wider group of consumers. For Utomik, this represents a further boost to its fast growing library of games as well as another industry validation of its vision to “Unleash Gaming” by enabling consumers to access games as easily as they do TV shows, films and music today.

The initial addition of twenty-one SEGA PC games into Utomik for Europe and the USA marks the start of this long-term partnership. The new games include titles like Alpha Protocol™, The Cave™ as well as EMPIRE: Total War, Total War: SHOGUN II - Fall of the Samurai and Sonic the Hedgehog 4, Episodes I & II.

Globally, SEGA has offices in the US, the UK and Japan where Sonic the Hedgehog™ - SEGA's much loved blue hedgehog mascot was born. Its UK-based studio, Creative Assembly, is responsible for the award-winning and iconic franchise, the Total War series.

Utomik’s monthly subscription offers consumers unlimited play on as many games featured on the service as they like, with more titles added each week. Today, 190 games are playable and the service has secured publishing contracts with fourteen partners for over 650 titles. Utomik is currently in Open Beta at a 40% discounted price of $5.99 per month. New users can try out the service 14 days for free by registering on www.utomik.com.

Utomik's unique and proprietary instant play technology loads games up to 100 times faster than any other service. All games on Utomik can be played lag-free and 100% in the original quality.

Commenting on the new partnership, John Clark, SEGA Europe’s Vice President of Commercial Publishing, says, “SEGA has always been a pioneer in terms of new and easy to use consumer interaction gaming technologies. We are co-operating with Utomik because it fits our digital strategy and offers a highly effective user-friendly platform. By adding SEGA titles into Utomik’s subscription service, we are opening up a totally new channel for our existing PC games and will reach a broader consumer audience. This first step is important as we believe subscription gaming will become an important component of our business moving forward.”

Utomik’s CEO, Doki Tops, adds, “Utomik is excited to welcome SEGA as its partner. We can’t wait to offer our fast growing number of subscribers the chance to play iconic game titles like Total War “Empire” and Sonic the Hedgehog 4 Episodes I & II. We are thrilled that SEGA has also decided to join our journey to “Unleash Gaming” designed to bring more games to more people. We are looking forward to a long term partnership with the SEGA team.”