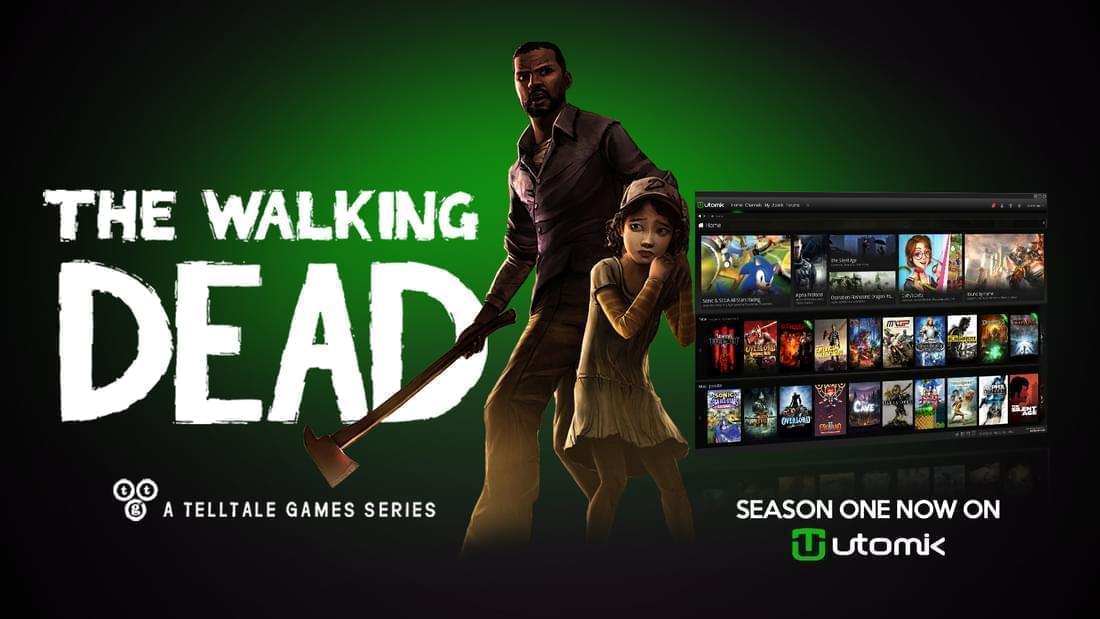 WESTLAKE VILLAGE, USA - Utomik, the “unlimited play” monthly subscription gaming service, today announced that as a result of its new partnership with Telltale Games, season one of The Walking Dead, is now playable on its platform. The Walking Dead: A Telltale Games Series is the first of many Telltale titles to be made available via Utomik.

A critically acclaimed winner of over 100 Game of the Year awards, The Walking Dead: A Telltale Games Series is set in the world of Robert Kirkman's award-winning comic book series. Lee Everett, a man convicted of a crime of passion, has been given the chance for redemption in a world devastated by the undead. Players will experience life-changing events, meet new characters and familiar ones from the original comic, and also visit locations that foreshadow the story of Deputy Sheriff Rick Grimes. The Walking Dead offers a tailored game experience – player actions, choices and decisions affect how the story plays out across the entire series.

Utomik’s vision is to ‘Unleash Gaming’ by enabling consumers to access games as easily as they do TV shows, films and music today. Its monthly subscription offers consumers unlimited play on as many games featured on the service as they like.

The Walking Dead: A Telltale Games Series is a highly acclaimed new addition to Utomik’s ever-growing library of games now featuring more than 360 playable games. Thanks to Utomik’s partnerships with leading publishers and developers, games, in all genres, are added each week. Currently in open beta at a 40% discounted price of $5.99 per month, new users can try out the service 14 days for free by registering on www.utomik.com.

Utomik’s CEO, Doki Tops, says, “Our subscribers are going to ‘devour’ Telltale’s The Walking Dead. The fun part is that the choices players make throughout the game affect each episode as well as the final turnout so the pressure is truly on! Friends and families may want to put their heads together before someone takes a wrong decision! The cherry on the cake is that more of Telltale’s fantastic adventures will also soon be on our platform.”

Commenting on the new partnership with Utomik, Steve Allison, SVP, Publishing at Telltale adds, “The Walking Dead is one of our most played games and we are excited that it can now be enjoyed by even more people on Utomik. Subscription gaming is a great fit with our episodic-style content, similar to the concept of series running on Netflix.”