The Unreal Series from Epic Games ready to play on Utomik 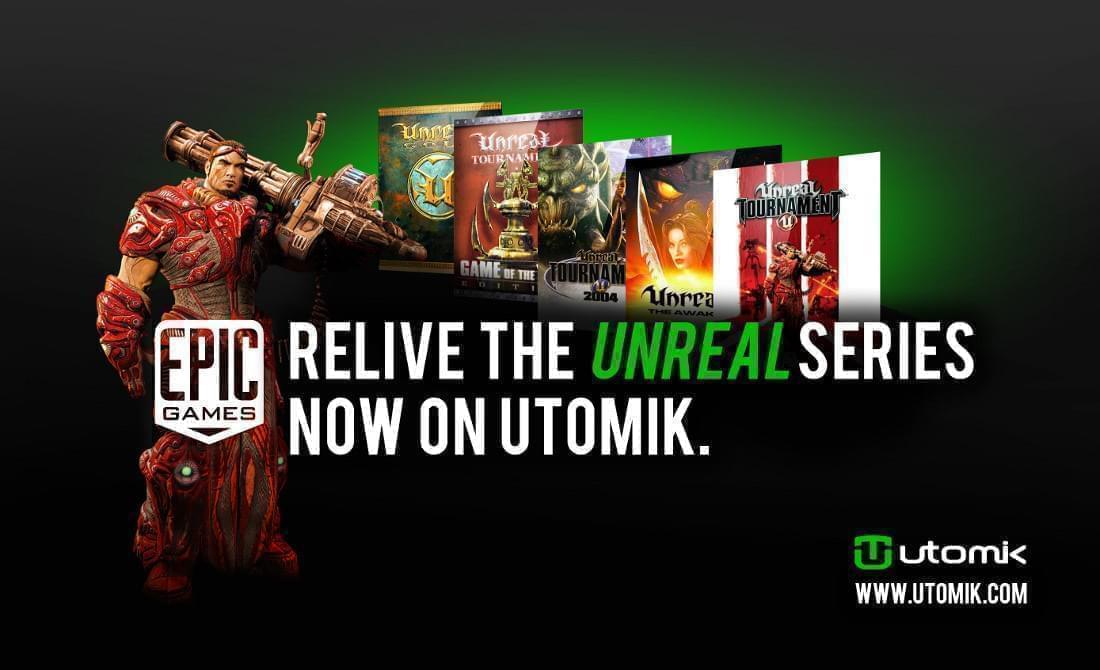 The addition of these games brings the total number of playable titles now on Utomik up to over 240 including 76 action games of which ten are FPS games.

North Carolina-based, Epic Games, launched the original Unreal game in 1998, which also marked the first release of the studio’s Unreal Engine technology used to power thousands of games. Now in its fourth generation, the Unreal Engine is freely accessible, with full source code available to the Unreal Engine 4 development community.

Utomik’s vision is to “Unleash Gaming” by enabling consumers to access games as easily as they do TV shows, films and music today. The monthly subscription service offers consumers unlimited play on as many games featured on the service as they like, with more titles added each week. Utomik is currently in Open Beta at a 40% discounted price of $5.99 per month. New users can try out the service 14 days for free by registering on www.utomik.com.

"At Epic our passion is to make great games that we love to play and to get them into the hands of as many players as possible," said Joe Kreiner, Epic's head of licensing for the Americas. "We're pleased to grow our community even further by bringing titles from our flagship Unreal series to Utomik."

Utomik’s CEO, Doki Tops, added, “Unreal has created life lasting memories for me. 'Titan' anyone? We are proud that some of the most well-known FPS games around today with quite literally millions of followers will be on Utomik. Our vision to Unleash Gaming matches Epic’s philosophy to open up game development platforms. This breakthrough exploit took the industry by storm and now, once more, Epic is joining a new era in gaming by partnering with Utomik to unleash gaming.”