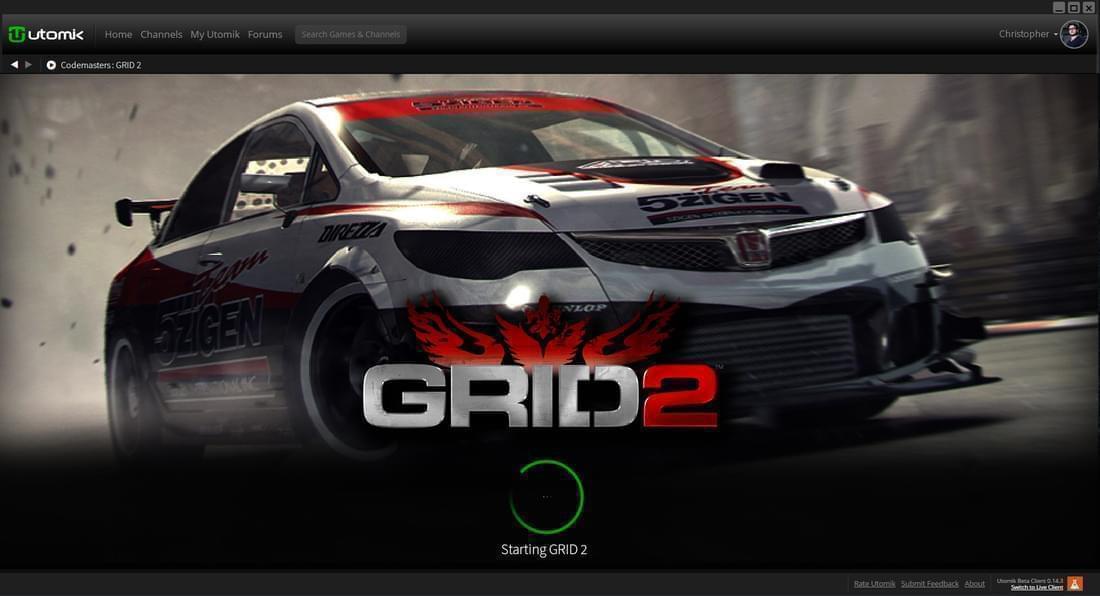 WESTLAKE VILLAGE, USA - Utomik, the “unlimited gaming” subscription service for $9.99 per month, today announced that it has signed an agreement with Codemasters, a leading global game developer and publisher based out of the United Kingdom. As a result of this agreement, a large proportion of Codemasters games, highlights including Overlord 1 & 2, Operation Flashpoint as well as GRID 2 from the official BAFTA award-winning GRID™ games series, will be featured as part of Utomik’s subscription service.

Utomik’s vision of the future is to “Unleash Gaming” by moving the industry into a new era through subscription-based gaming, offering consumers no limits playtime while supporting the industry for continued growth. The company’s subscription-based service is currently in its ‘Closed Beta” period during which consumers can sign up and try out the no limits playtime, service for free. To date, the company has received over 12,000 signups to participate and already secured publishing contracts for more than 500 games. Utomik’s technology distances itself from pixel streaming solutions by loading PC games up to 100 times faster, directly from a consumer’s PC ensuring 100% original quality and a lag-free experience.

Commenting on the collaboration, Toby Evan-Jones, Director of Business Development at Codemasters, said, “The constantly evolving landscape of how games are accessed and played is incredibly exciting. This opportunity to make our games available to a wider audience is a move which makes perfect sense to us at Codemasters. Based upon the closed beta to date, Utomik’s service seems fantastic for players who care about rapid access to games. Let’s be honest, with ever-improving visual and audio fidelity, install sizes are not tending to get any smaller! We fully understand why some players are being drawn to the speed of access offered by Utomik’s service and are pleased to make a range of our games available to their subscribers.”

Doki Tops, Utomik CEO, said, “Our subscribers are going to love the games from Codemasters and be able to play them lag-free, as often as they like, whenever they like! Some of the best racing and fantasy games around will soon be available as part of Utomik’s subscription. As a big GRID and dark fantasy humor fan, I am thrilled about bringing these games and many more awesome Codemasters titles to our users.”