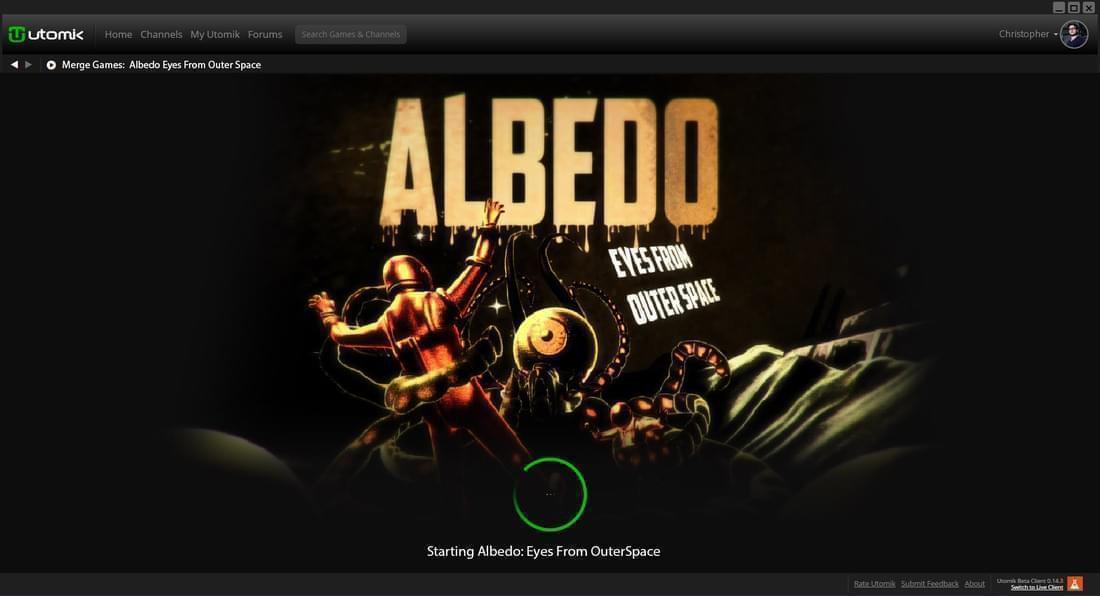 WESTLAKE VILLAGE, USA - Utomik, the “unlimited gaming” subscription service, today announced that it has signed a partnership agreement with Merge Games, an independent video game publisher and distributor based in the United Kingdom. In the coming weeks, Merge Games will provide over thirty Indie games to Utomik’s subscription service, including leading titles such as Albedo Eyes from Outer Space, Cast of the Seven Godsends and Enforcer: Police Crime Action. To date, Utomik has secured publishing contracts for more than 500 games and continues to expand its library.

Merge Games specializes in the development and publishing of Indie games for the retail and digital marketplace. With a portfolio of around forty games, the company currently supports some twenty independent developers in the launch and commercialization of their games.

Utomik is currently in its ‘Closed Beta” period during which consumers can sign up and are guaranteed a chance to try out the no limits playtime, subscription based service for free. To date, the company has received over 12,000 sign-ups to participate and reactions remain consistently positive with 86% stating they would recommend it to a friend. More than twenty playable games per month are being added to to its closed beta service.

Commenting on the partnership, Luke Keighran, Managing Director of Merge Games, said, “Utomik provides our developers with the perfect platform to expose their Indie games which all too often get lost in the promotional noise made by the bigger game publishers. This partnership is a win-win for independent developers and gamers. For developers, publishing games with Utomik is fast and unbelievably easy as they do all the work and, all at once, a lot more people know about and play their game. For Utomik’s subscribers, this opens the door to discovering our new Indie games. We think they will be pleasantly surprised!”

Doki Tops, Utomik CEO, adds, “This new partnership with Merge Games means that our subscribers will have unlimited access to more than thirty Indie gems from Merge Games, and can play them as part of their monthly subscription. It is an exciting step forward in the realization of our vision to ‘Unleash Gaming’ by moving the industry into the new era of subscription gaming offering more consumers unlimited, instant play of top classics and great Indie games. We want to ensure subscription-based gaming becomes a positive change for both gamers and the industry and we’re delighted that Merge Games has jumped on board with our concept and vision.”