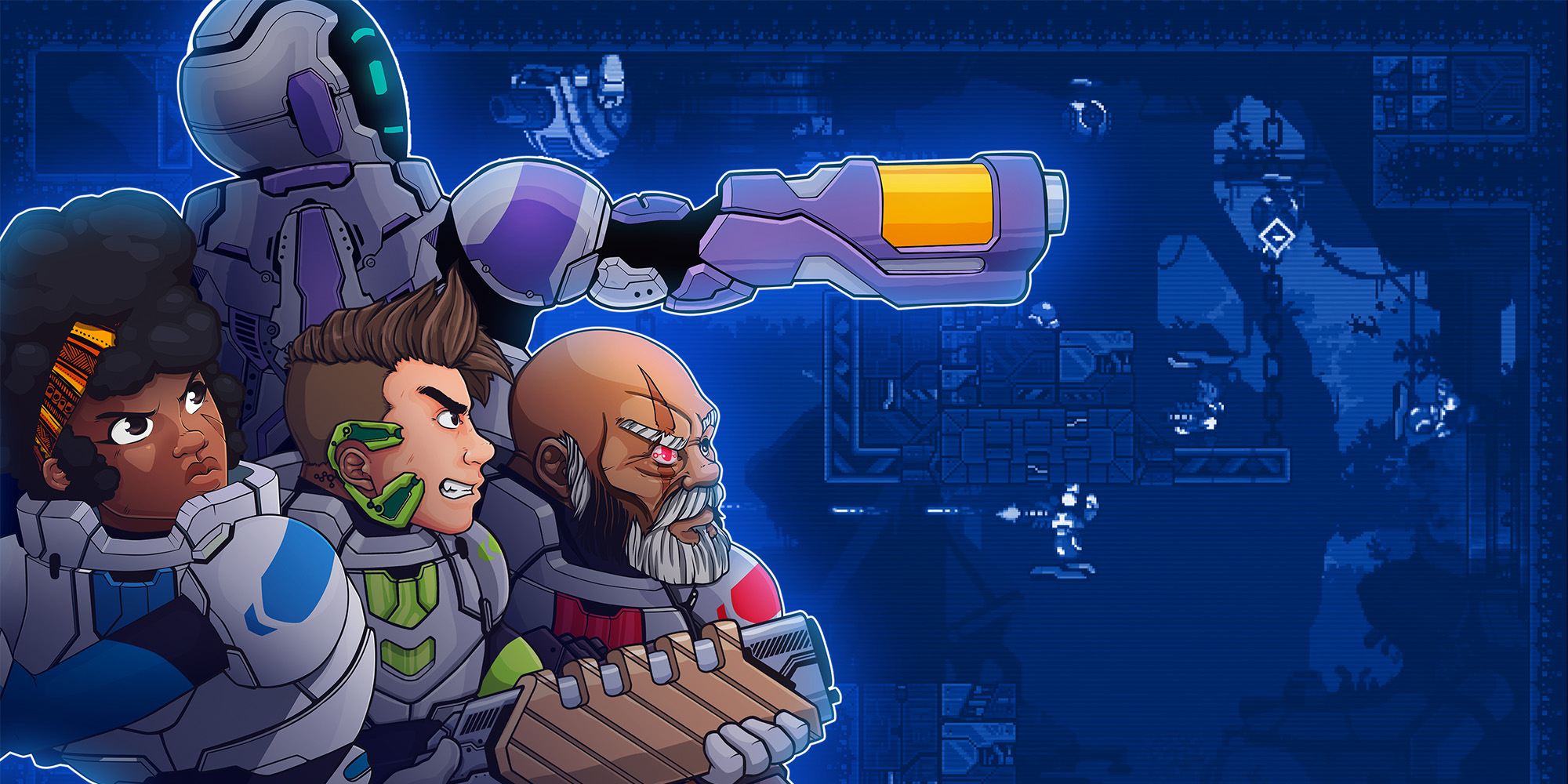 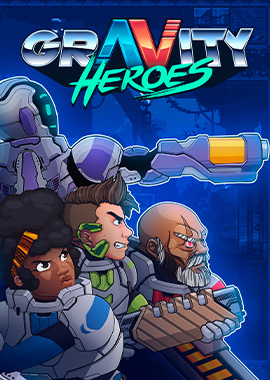 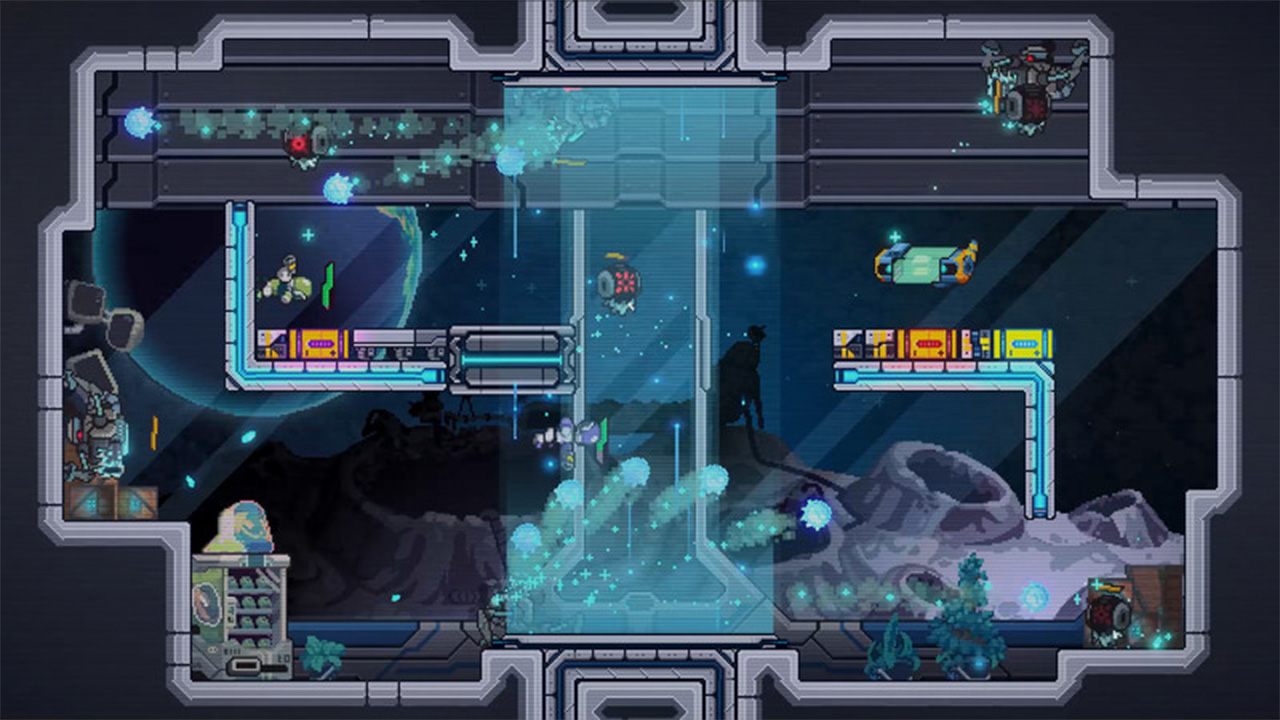 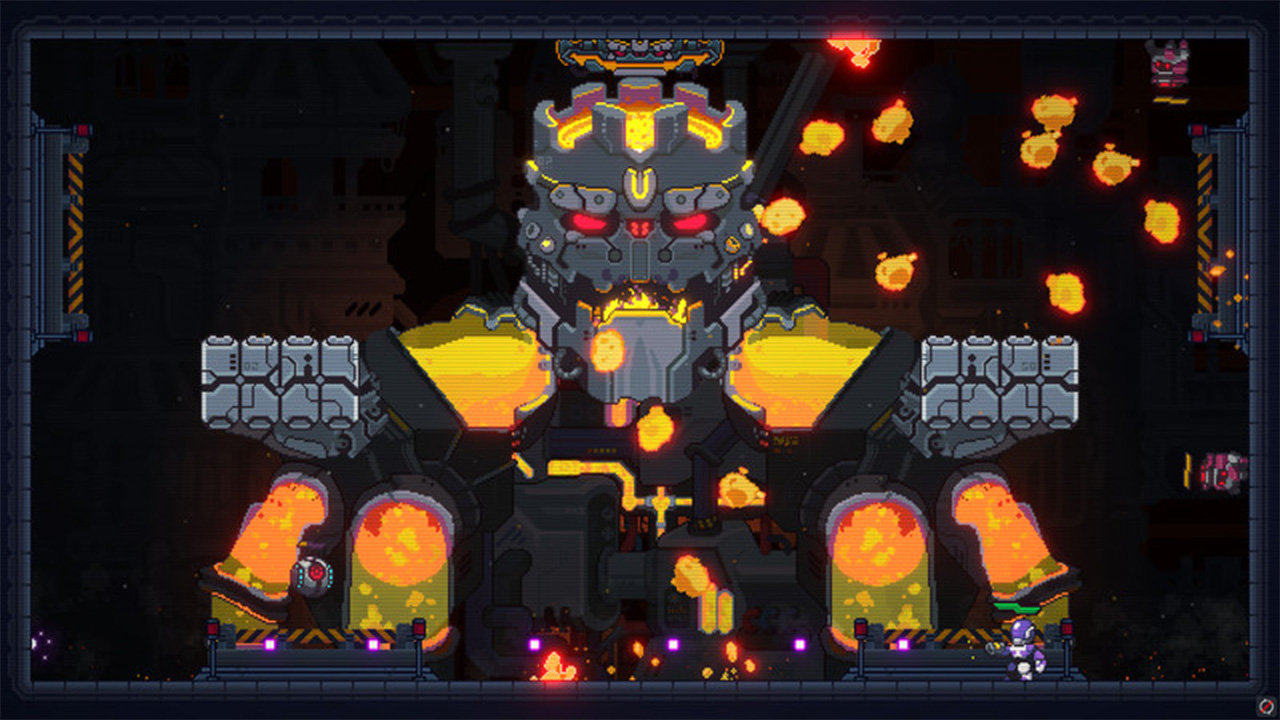 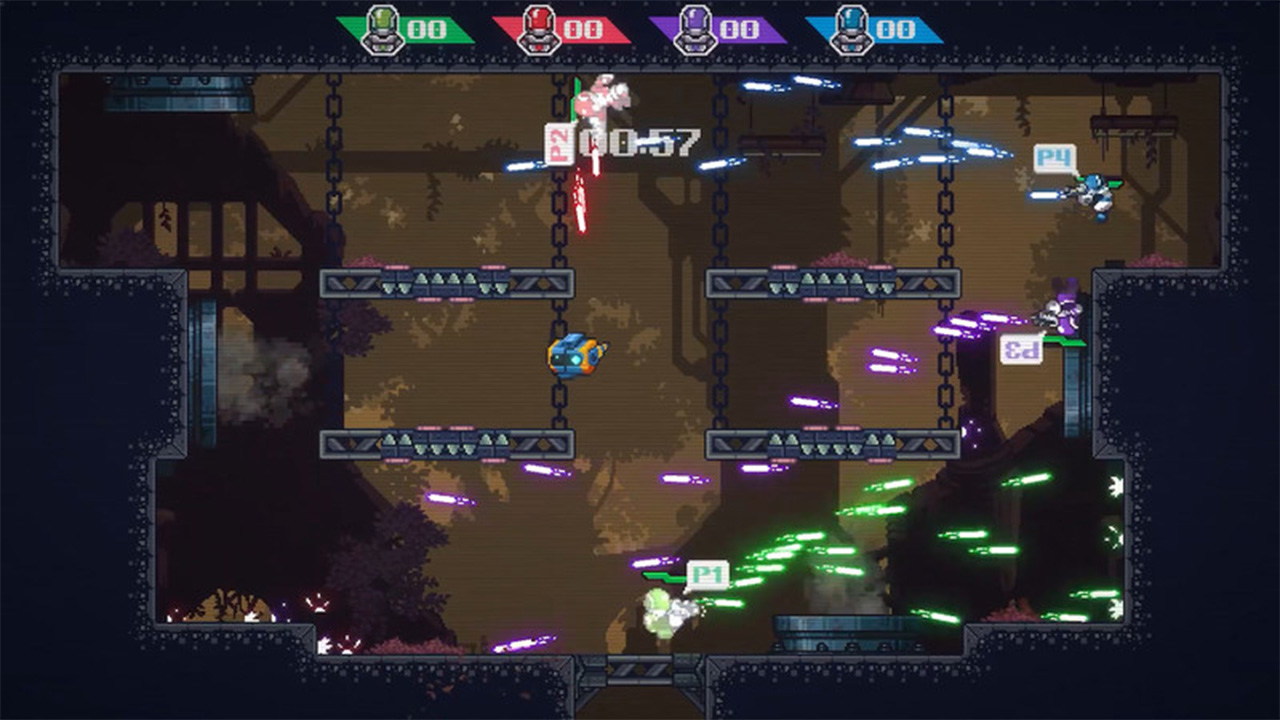 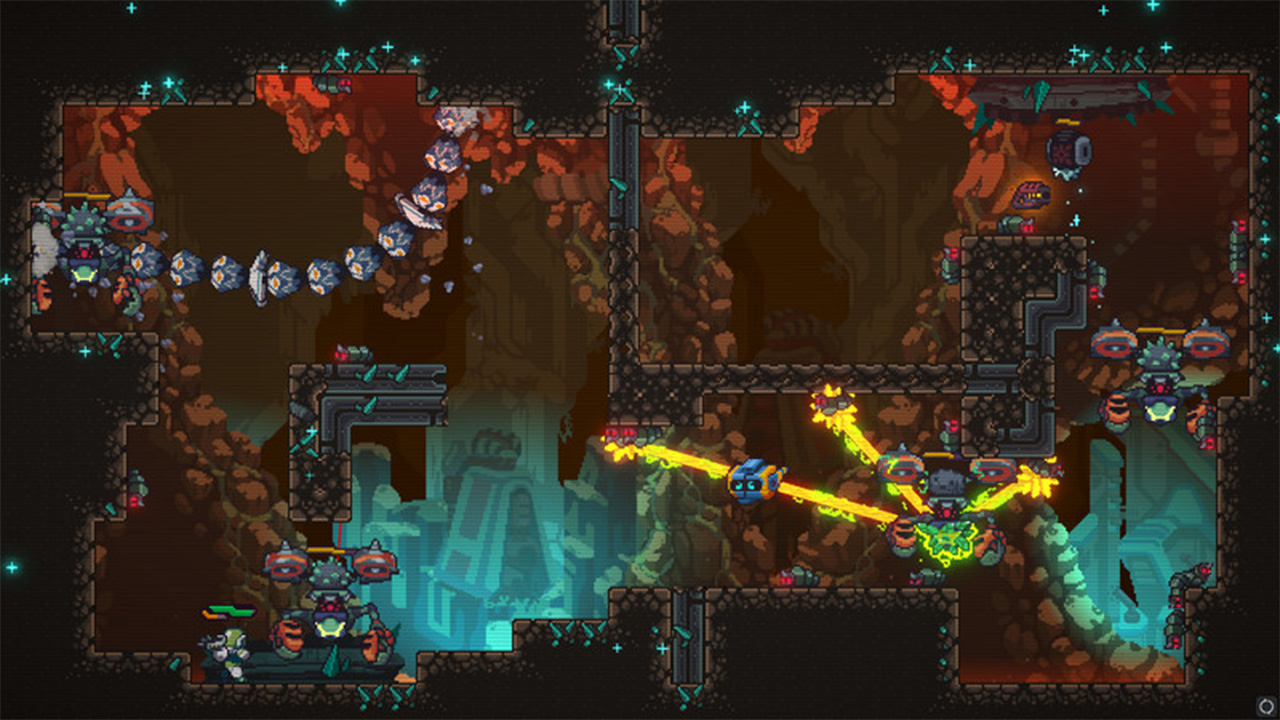 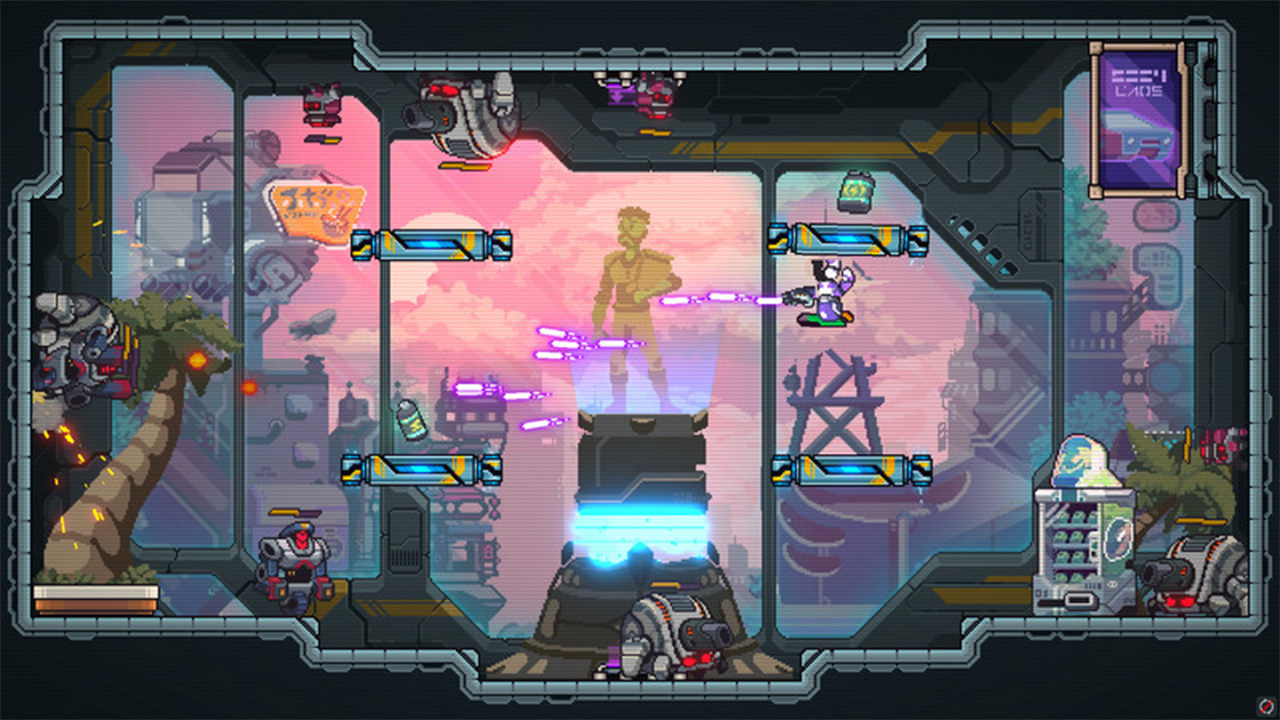 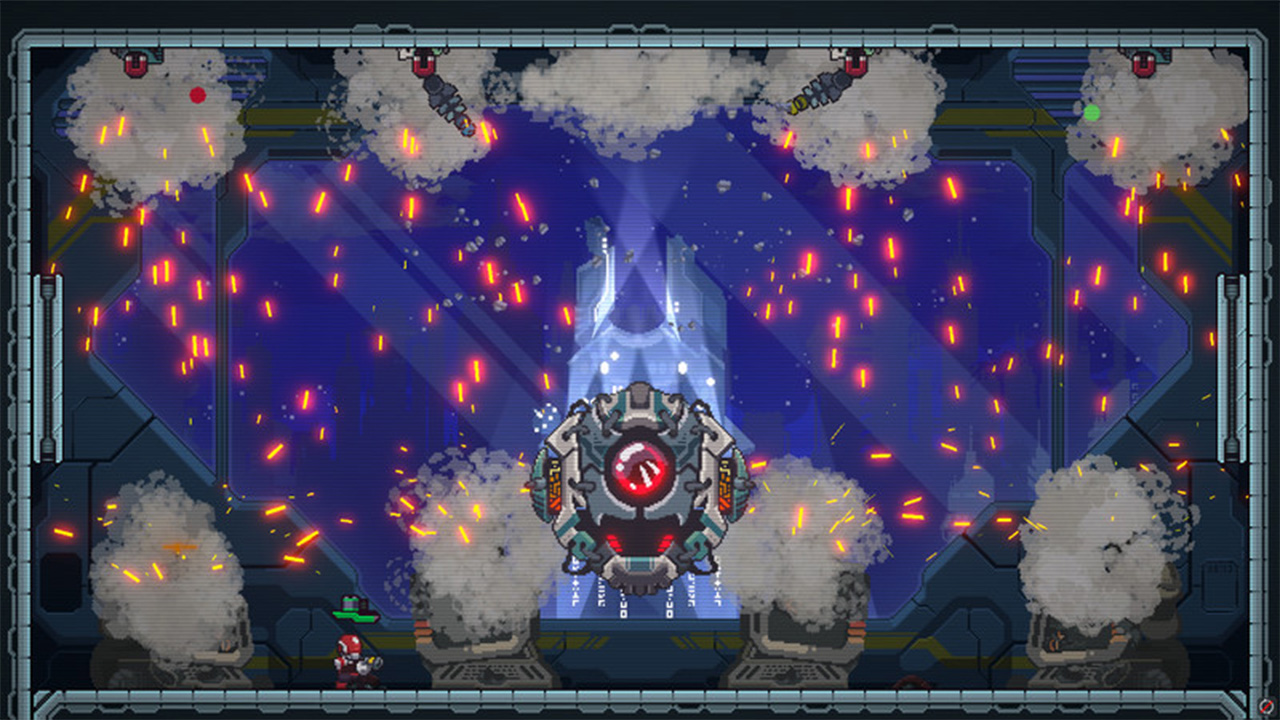 Master the 'Gravity Shifter' mechanic as you change the direction of your gravitational pull to walk and slide on ceilings or walls. Be wary, gravitational control isn't exclusive to you and your friends... Enemies can bring the fight to you, no matter where you are!

Grab up to three friends and play locally with couch co-op. Enjoy a narrative co-op campaign or take each other on in 'versus' or 'survival' modes!

Unravel the story of a synthetic uprising either solo or with up to three other friends. After years of peace between the robotic race 'Synthetics' and humans, unusual activity amongst the synthetic community keeps occurring. Take the role as one of the Gravity Heroes, as you explore the mysterious reasons behind this latest revolt. However, the robotic hordes aren't as willing to sit down and talk, and even worse, some of them are colossal, screen-filling bosses! Will you be able to the challenge?!