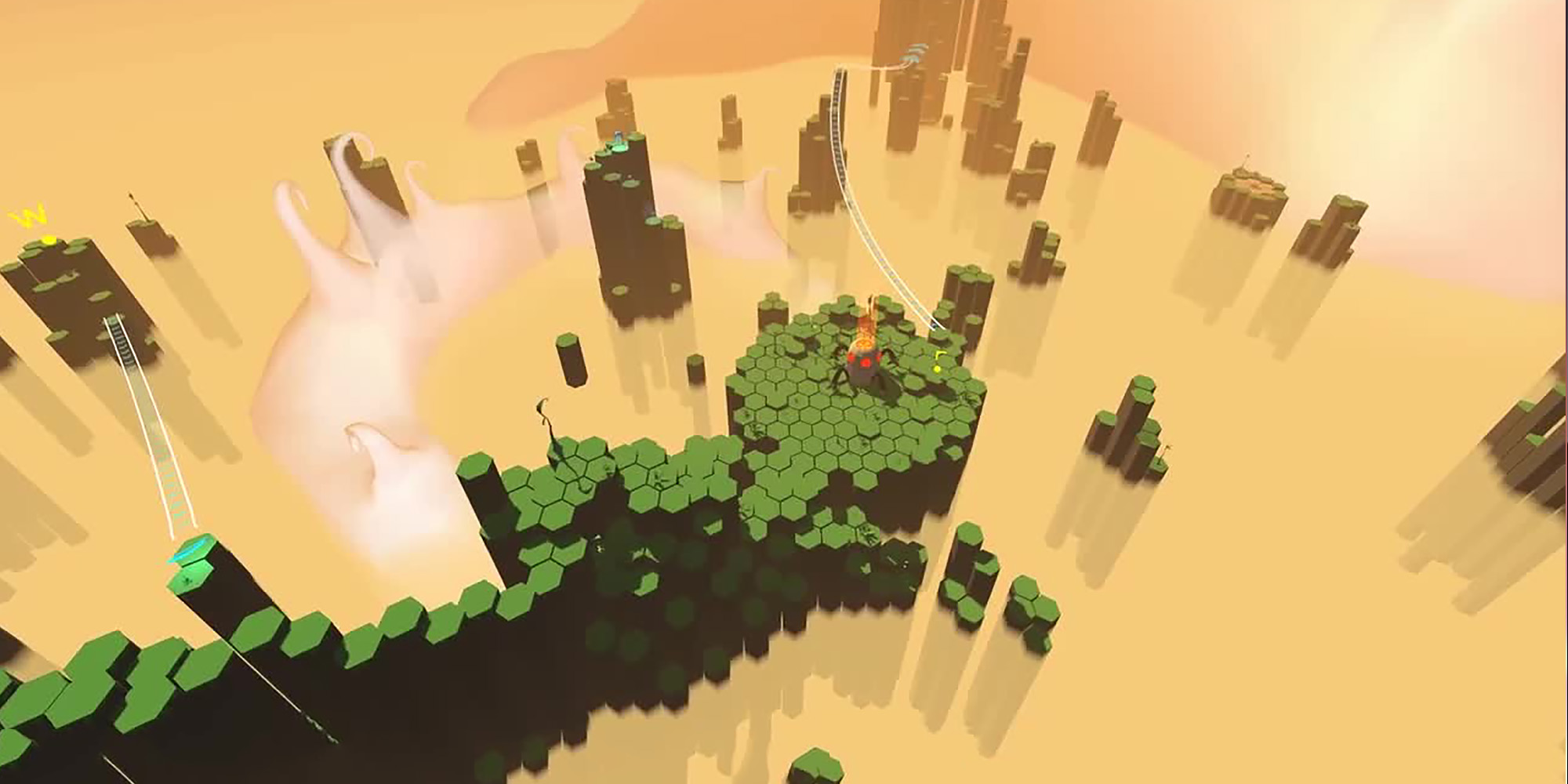 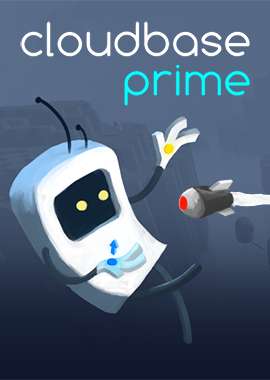 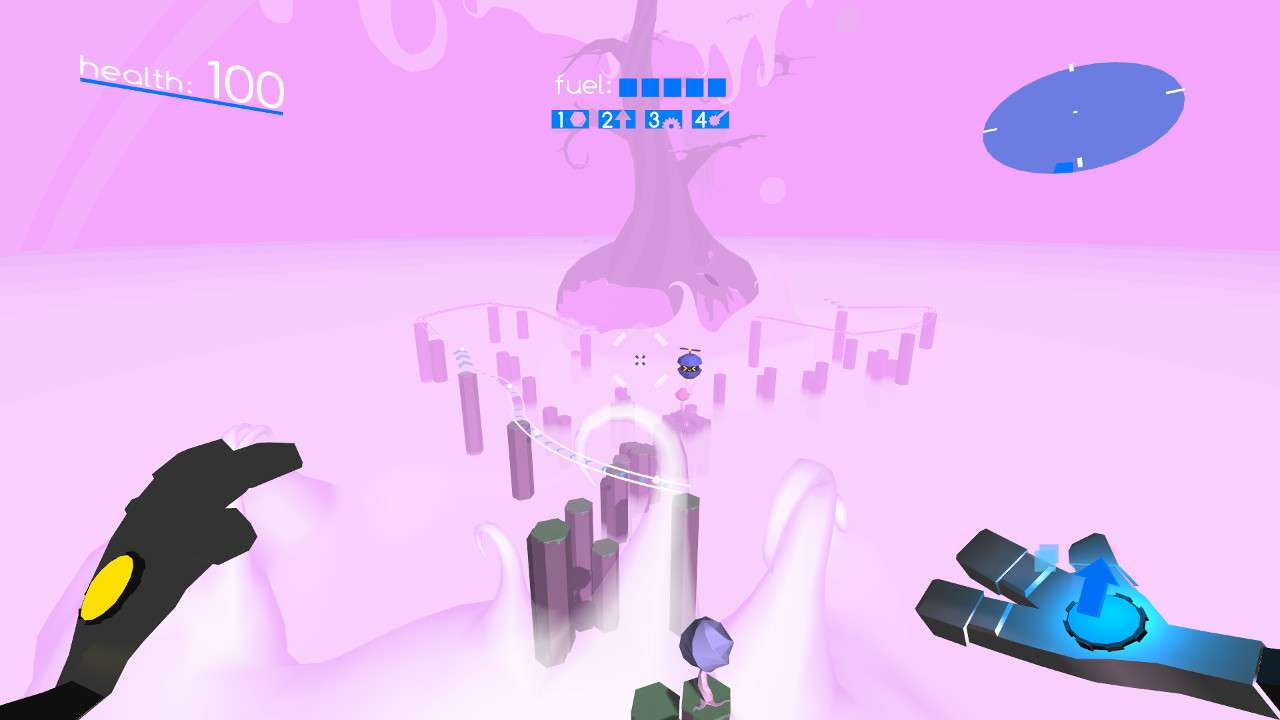 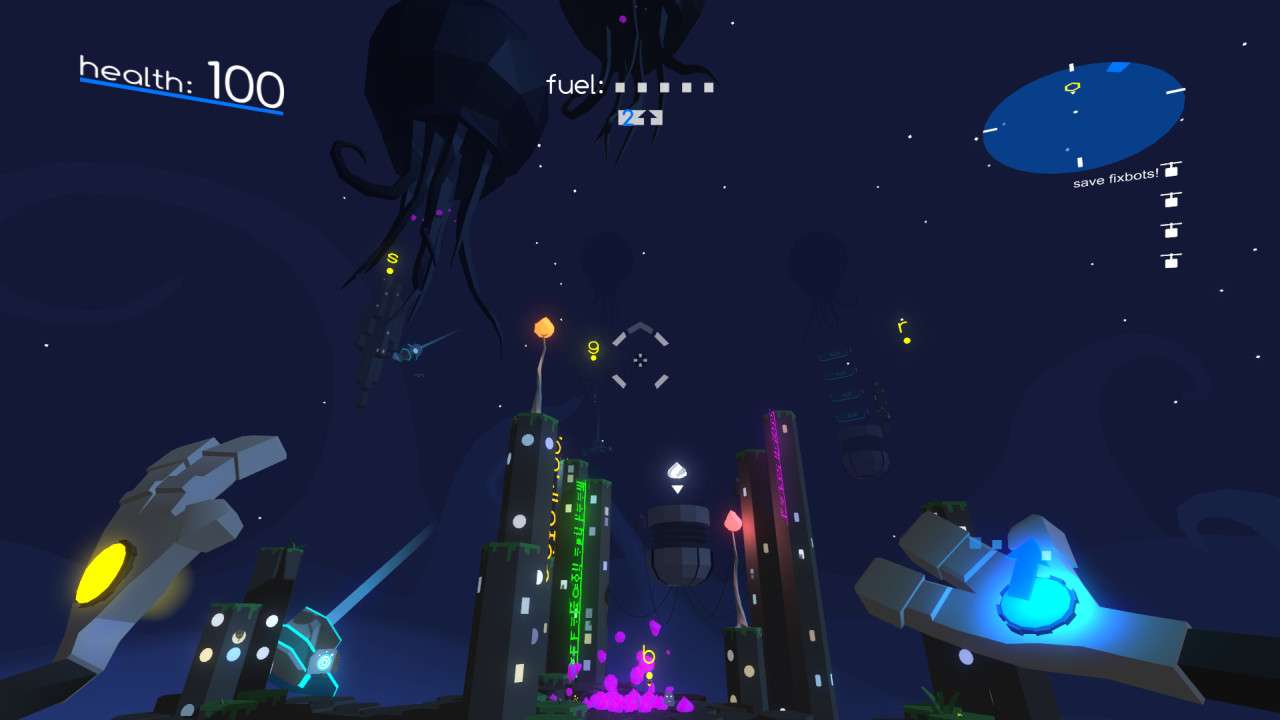 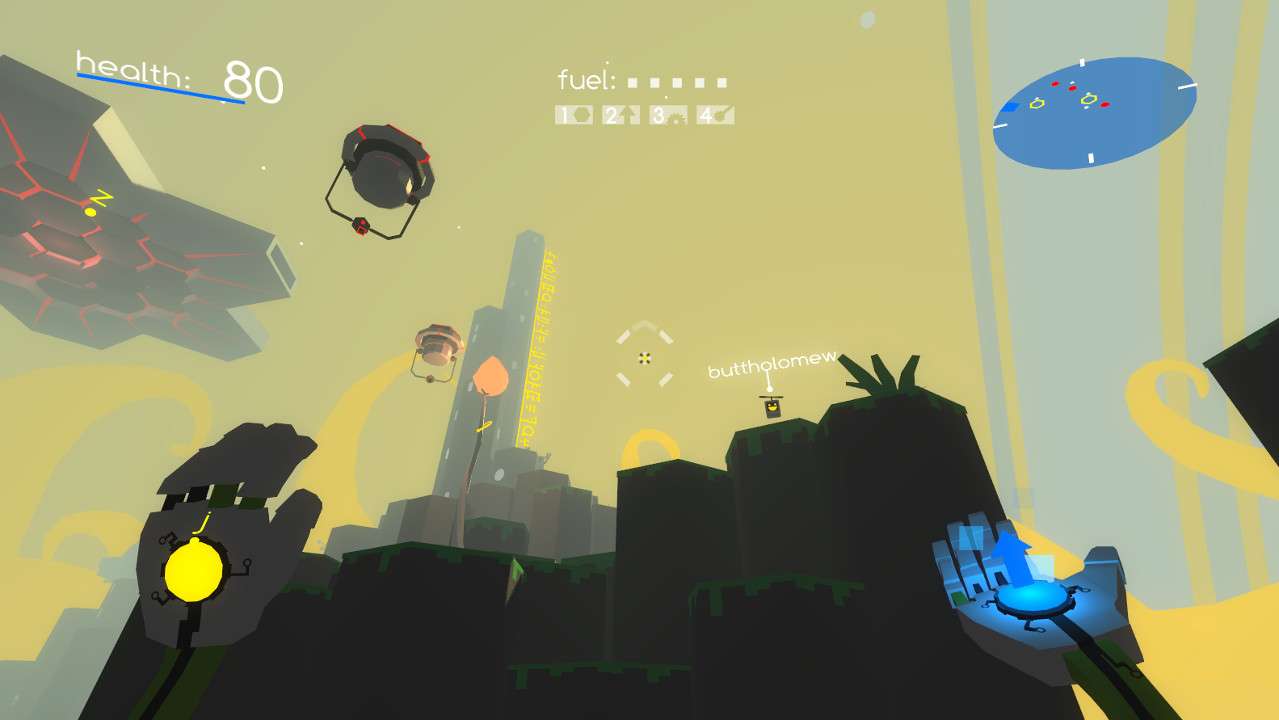 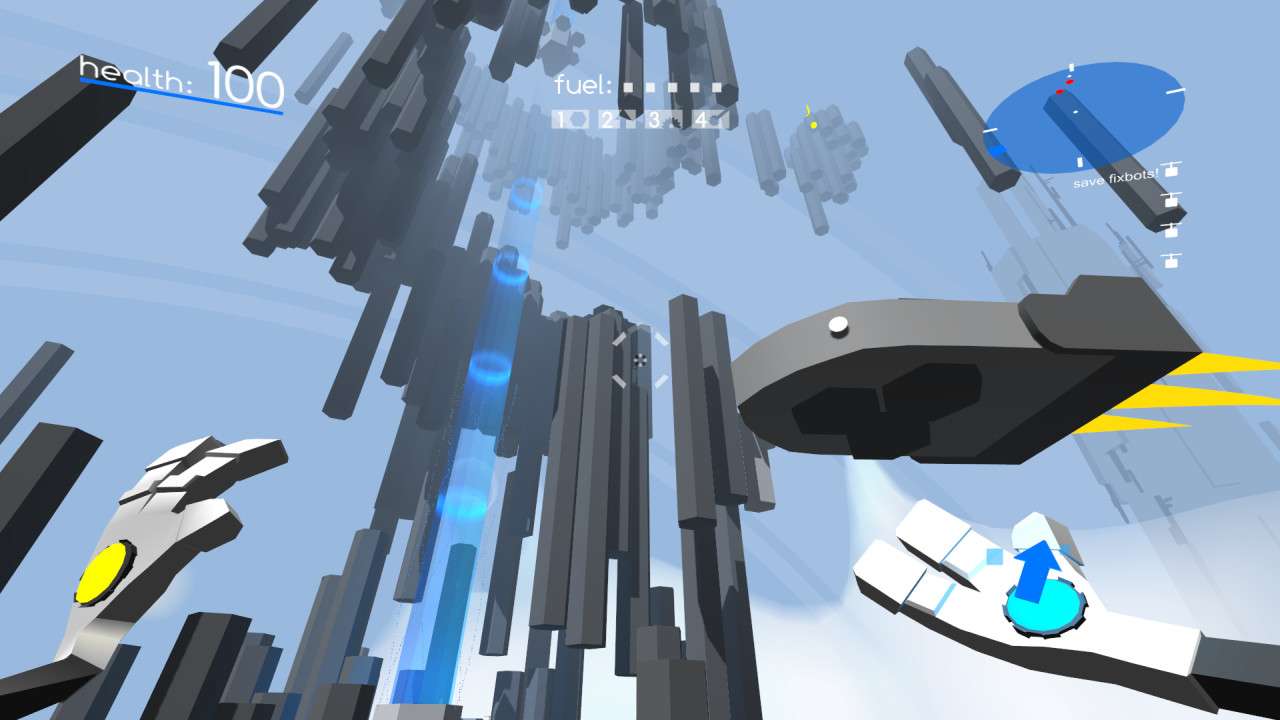 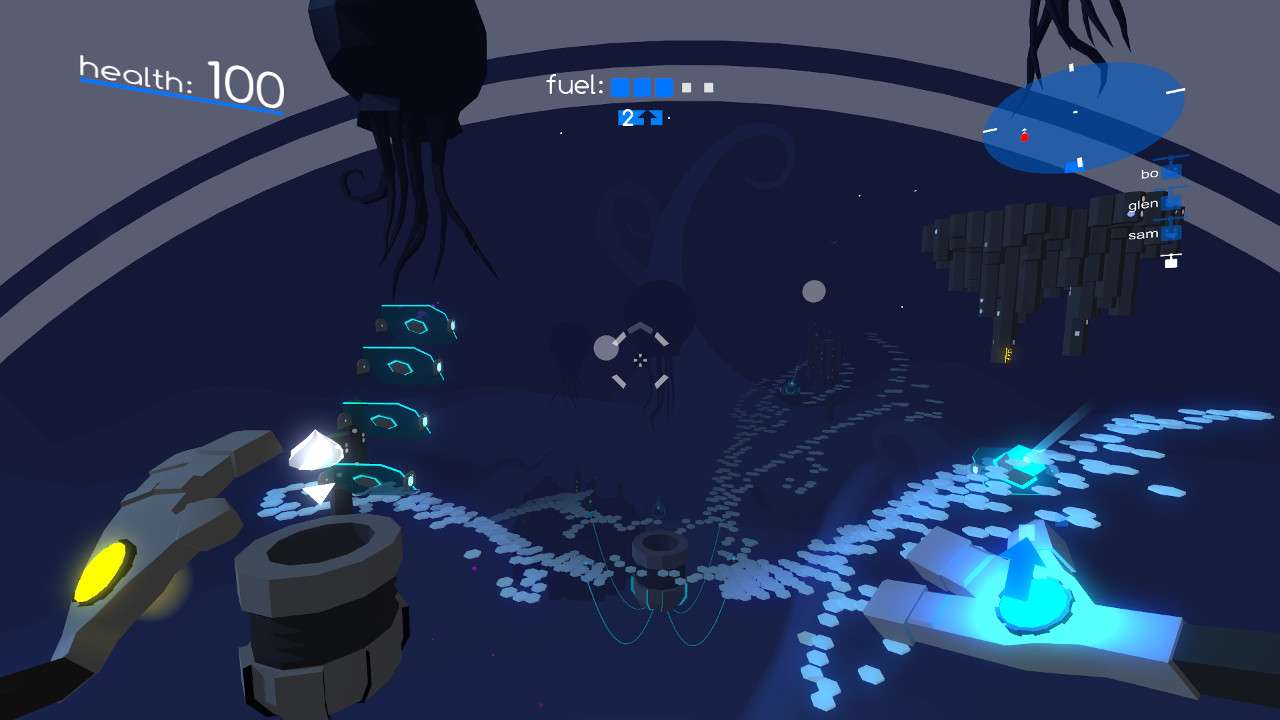 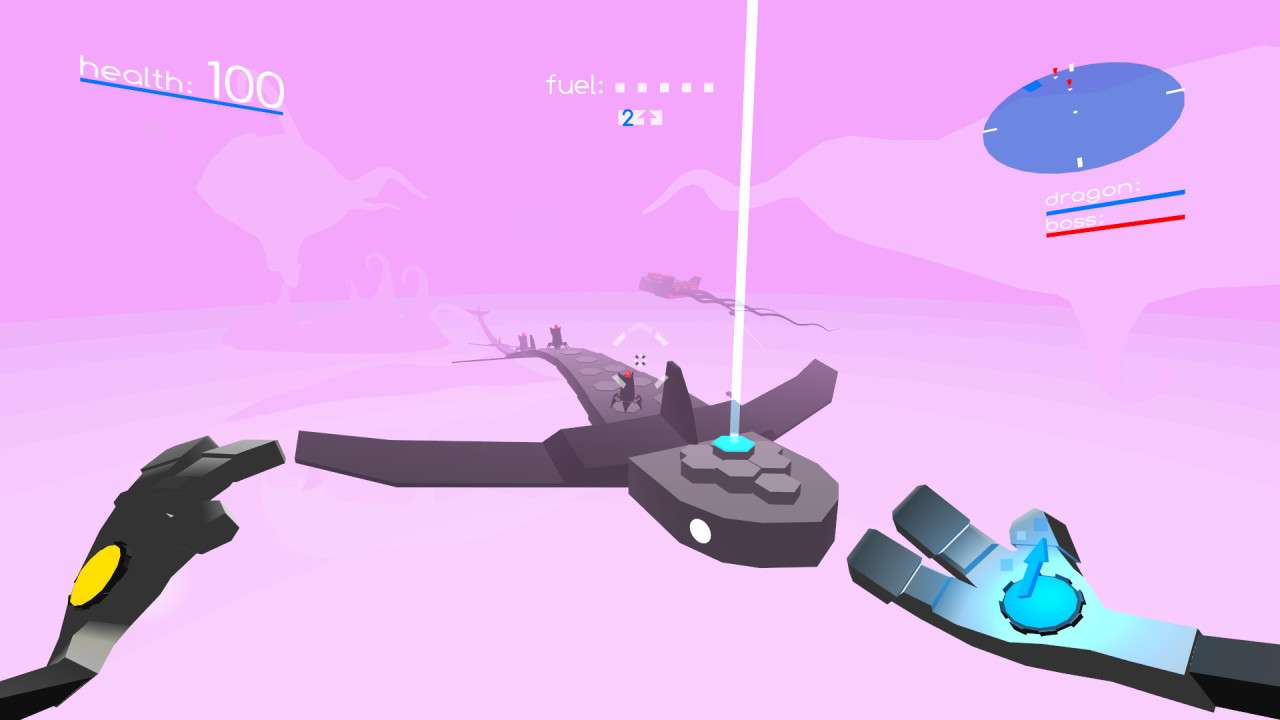 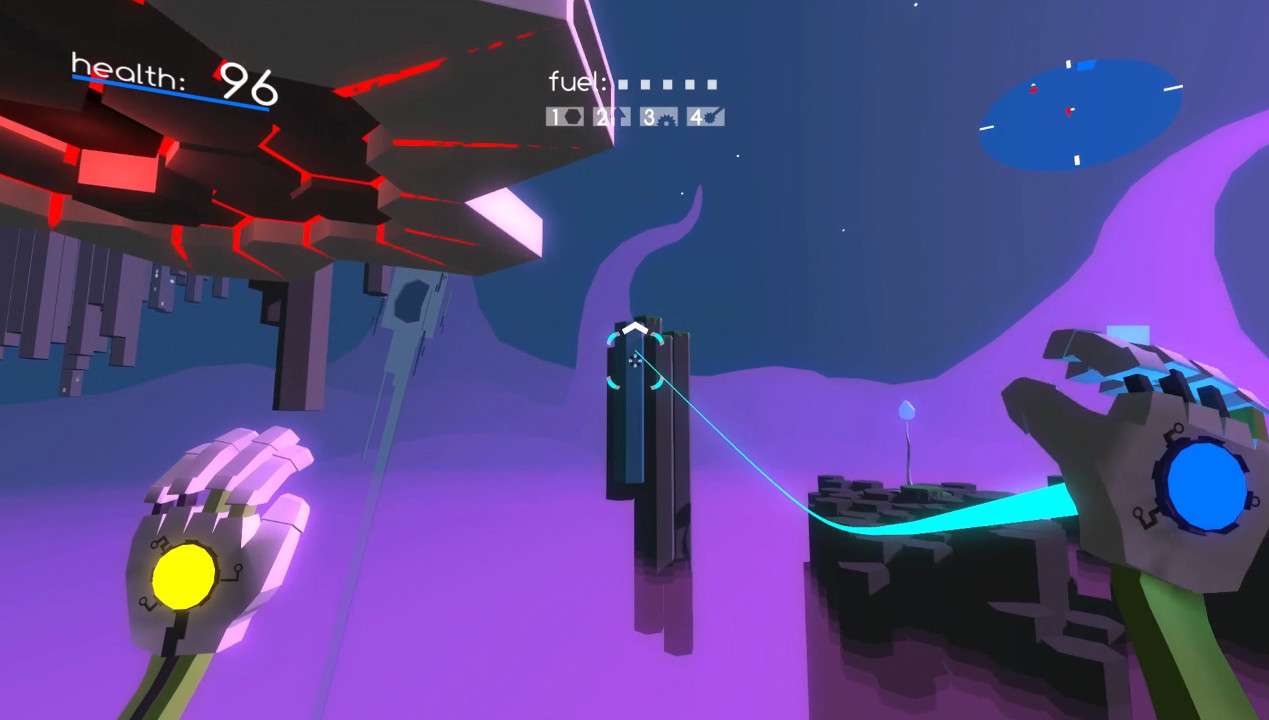 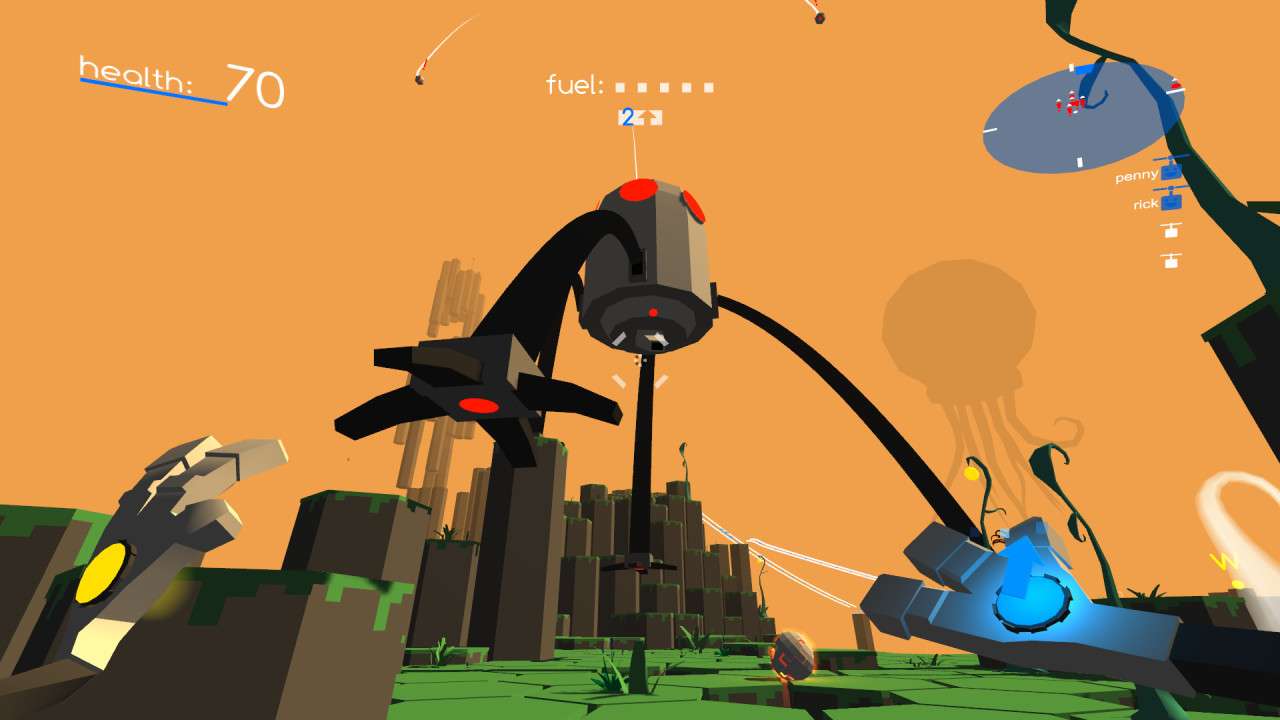 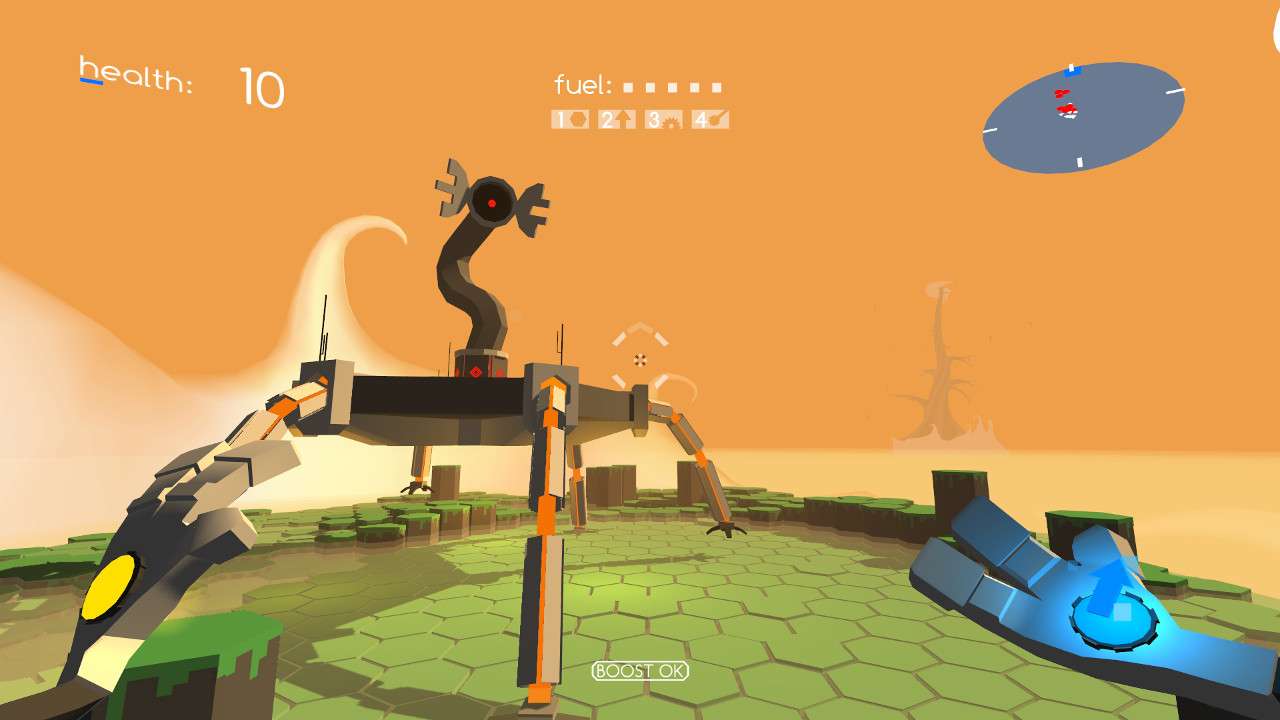 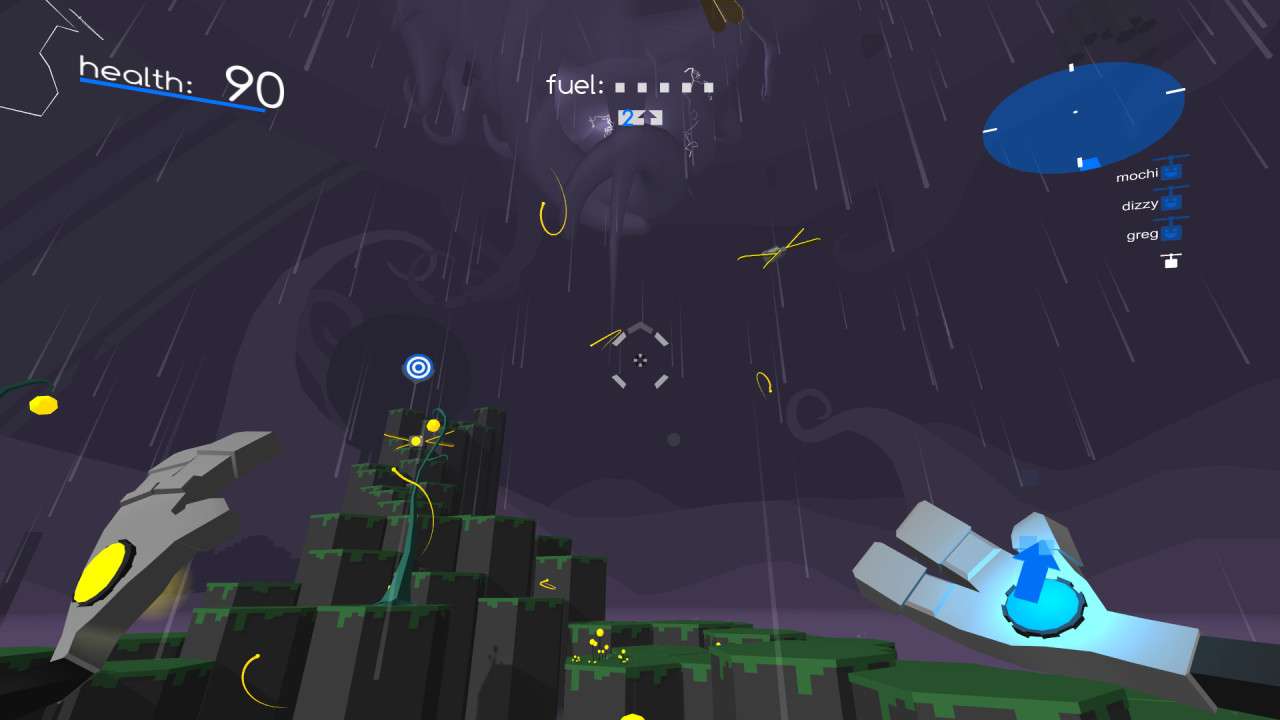 Cloudbase Prime has been updated to version 1.1.0, and has gotten a fair number of updates and fixes.

You are lost in the depths of a gas giant mining station where things have gone very, very wrong. Move terrain to clear paths, defeat enemies, and launch yourself skyward. Get ready to shoot a lot of robots and jump into the colorful clouds of Cloudbase Prime!

Find new weapons and powers for your robot suit as you explore. You don't need them to win, but they're definitely worth finding!

Launch shockwaves through terrain that fling dozens of enemies into the air. Block homing missiles and cross gaps with hex tiles you've created out of thin air. Destroy your enemies with a good old fashioned death beam. Your weapons and ammo can be customized at any point, after you've found them! Charge shot + combust ammo? Homing shot + freeze ammo? Delicious!

Here's the kind of stuff you'll do while playing Cloudbase Prime: - Jump - Shoot - Jump while shooting - Blow up mech walkers leg by leg and then watch their stupid heads roll off a cliff and fall into the clouds below - Raise/lower terrain to open paths, launch enemies, launch yourself, or stop a homing missile from hitting you in the face - Upgrade your robot suit with new weapons, powers, and ammo to use in fast, bouncy combat - Slow down time to select from your powers and weapons at a leisurely pace via the strategy HUD - Launch yourself with terrain to fly high and charge your boost engines - Discover why robots are mutating and acting all evil via fully animated and voiced in-game story bits - Save lots of grinning fixbots - Blow up some real big bosses - Explore varied levels, plumbing the weird depths of a gas giant's robotic wilderness - Climb huge robotic trees, ride a jet dragon, swim inside giant floating jellyfish, and find lost cities in the clouds!