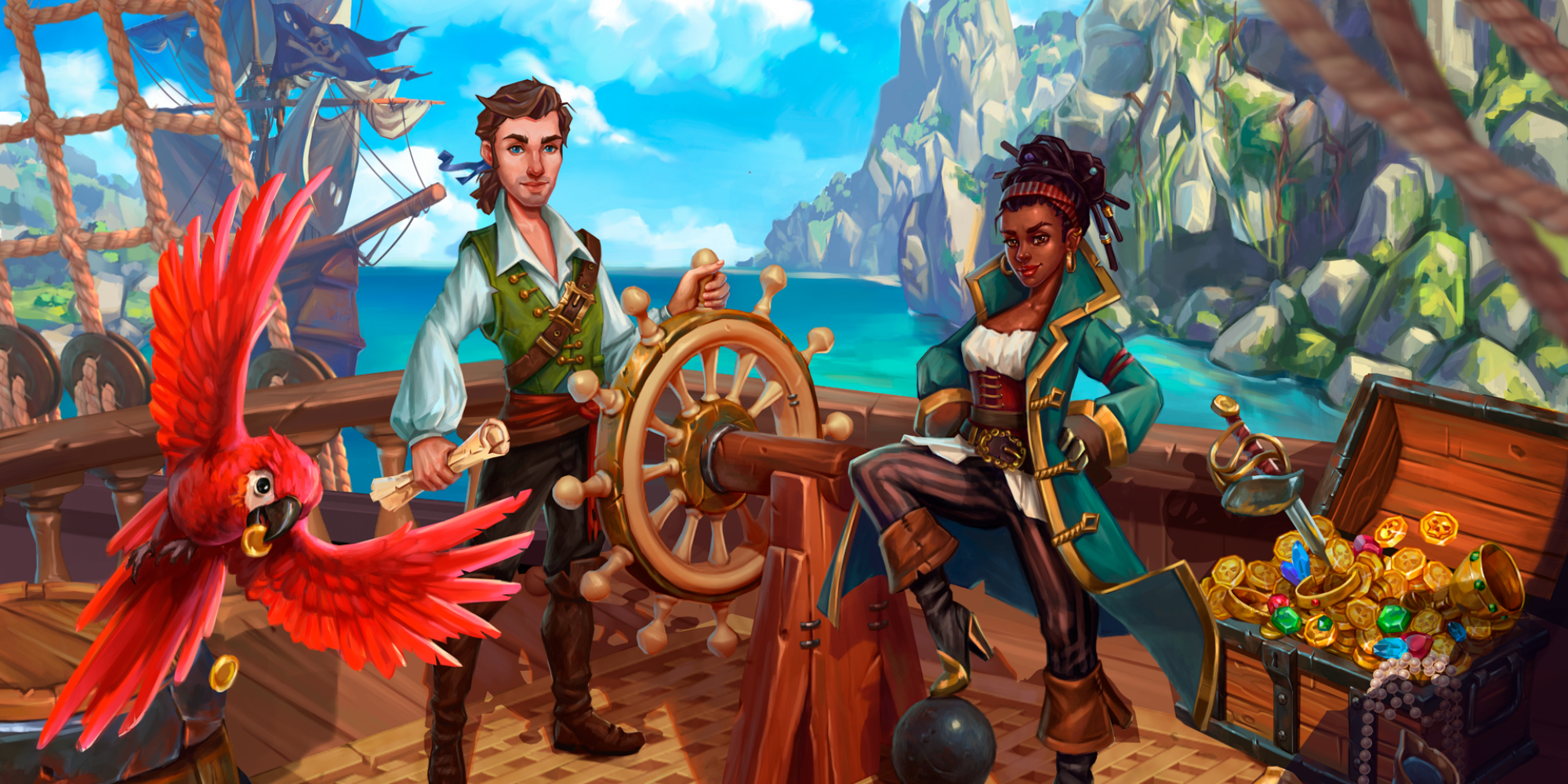 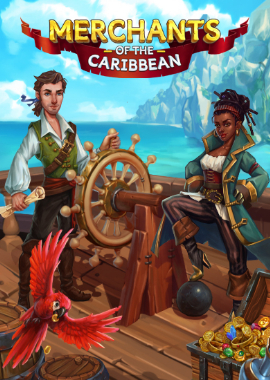 Merchants of the Caribbean Collector's Edition 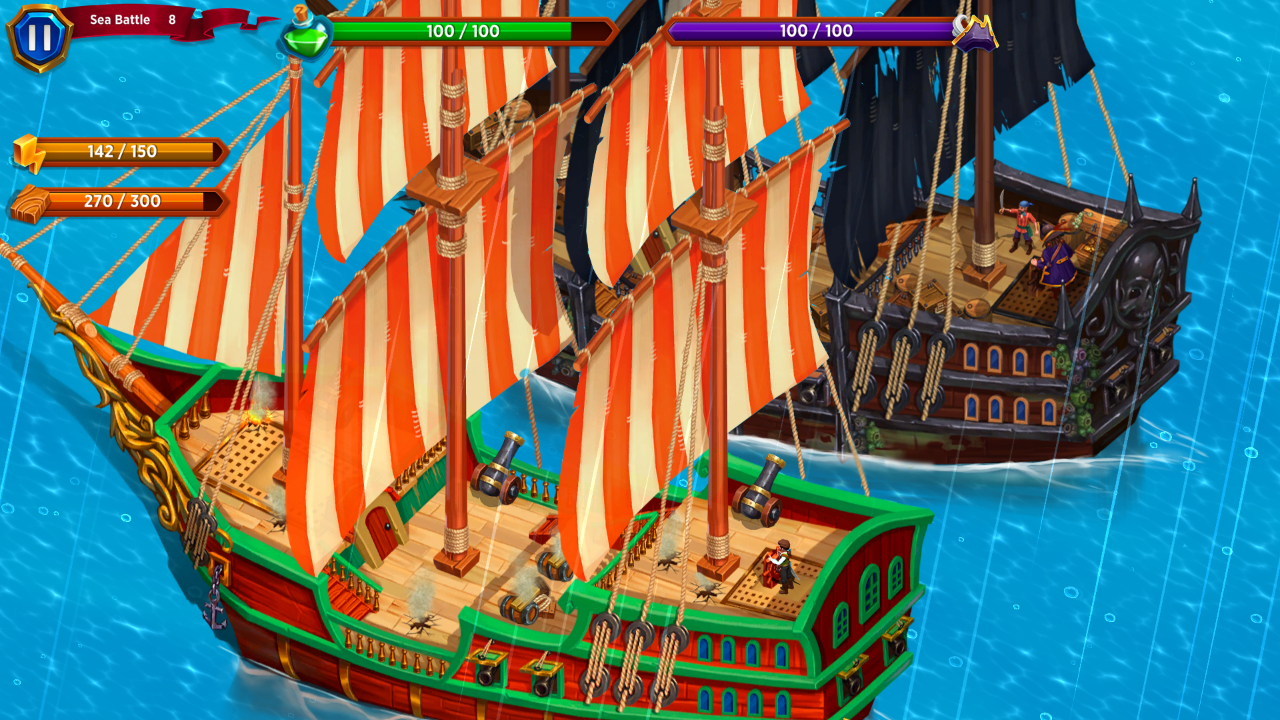 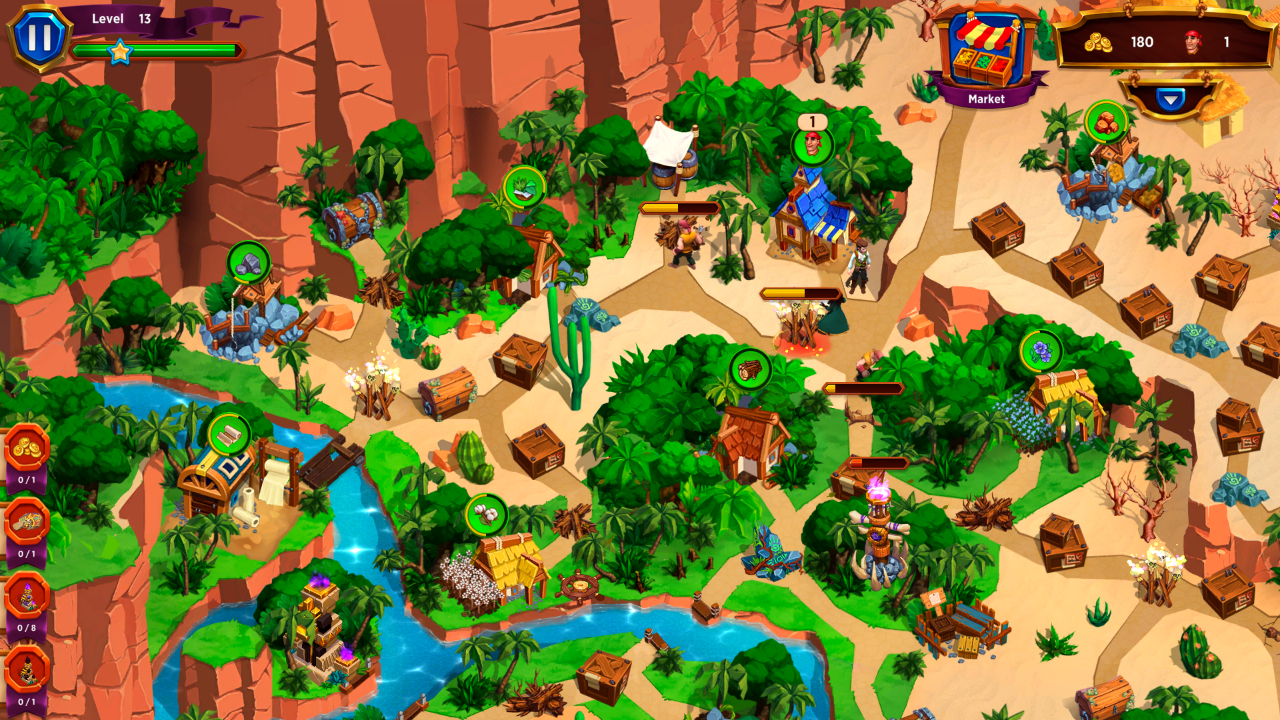 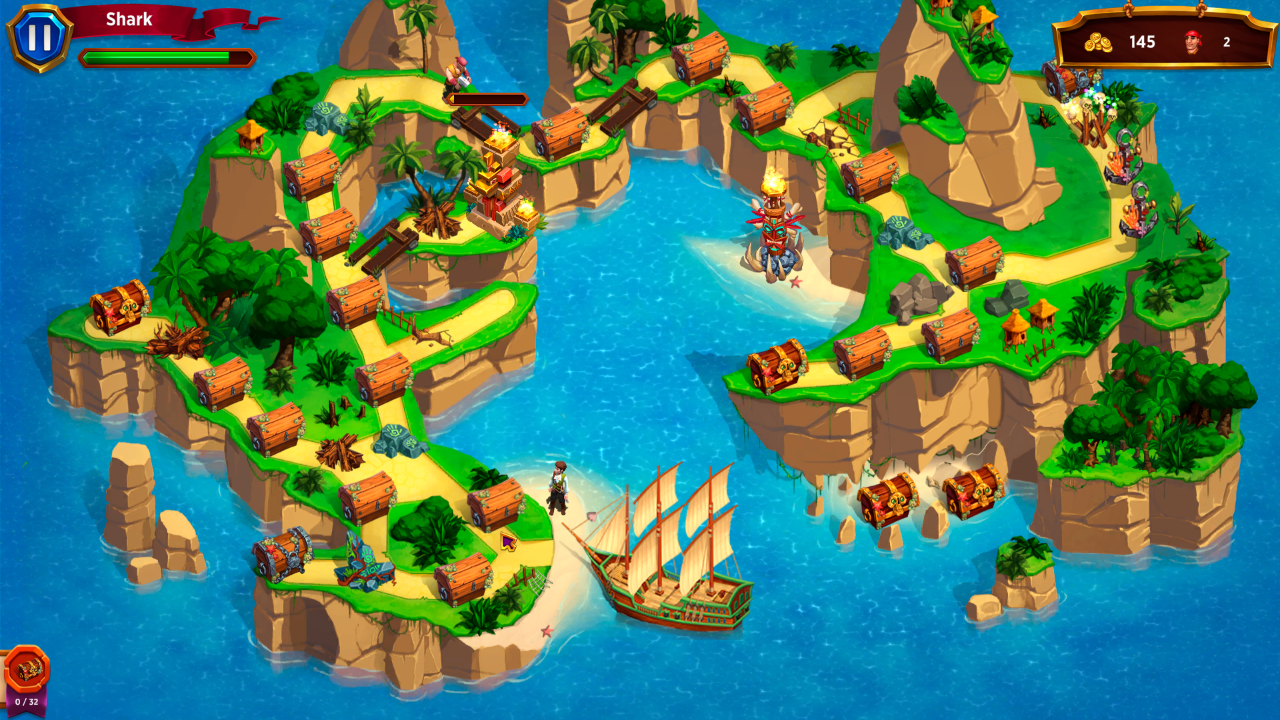 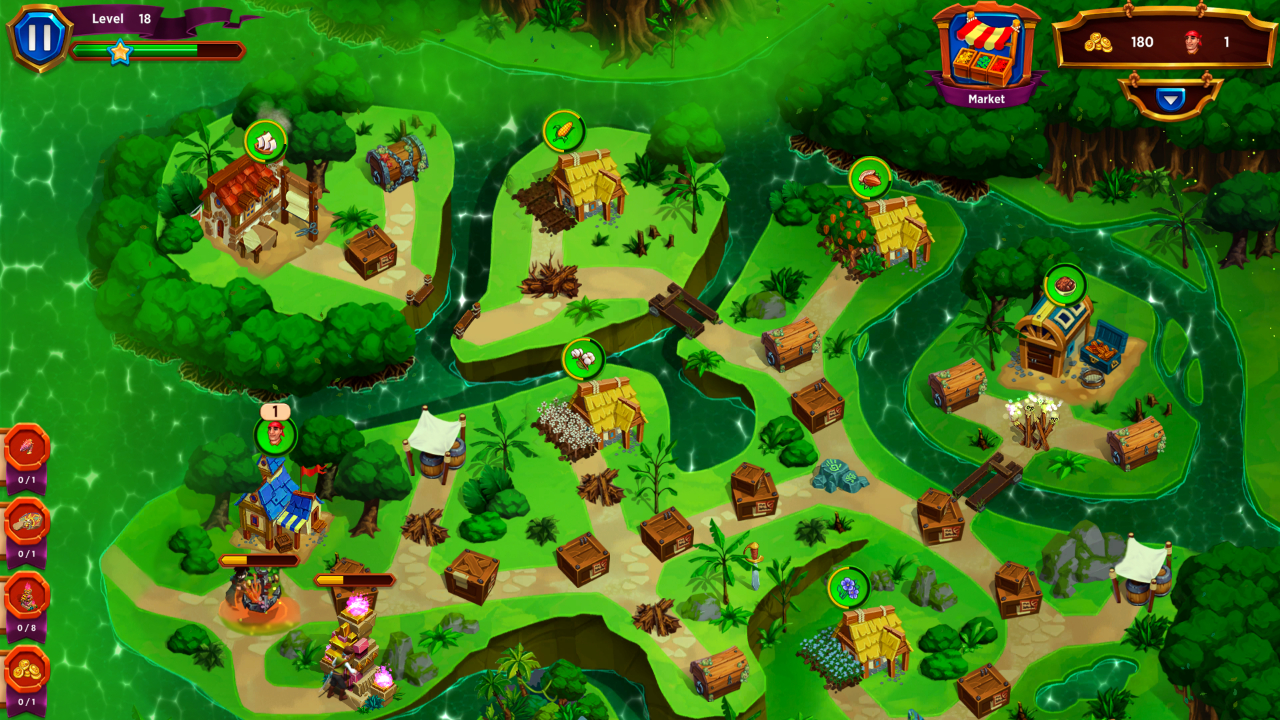 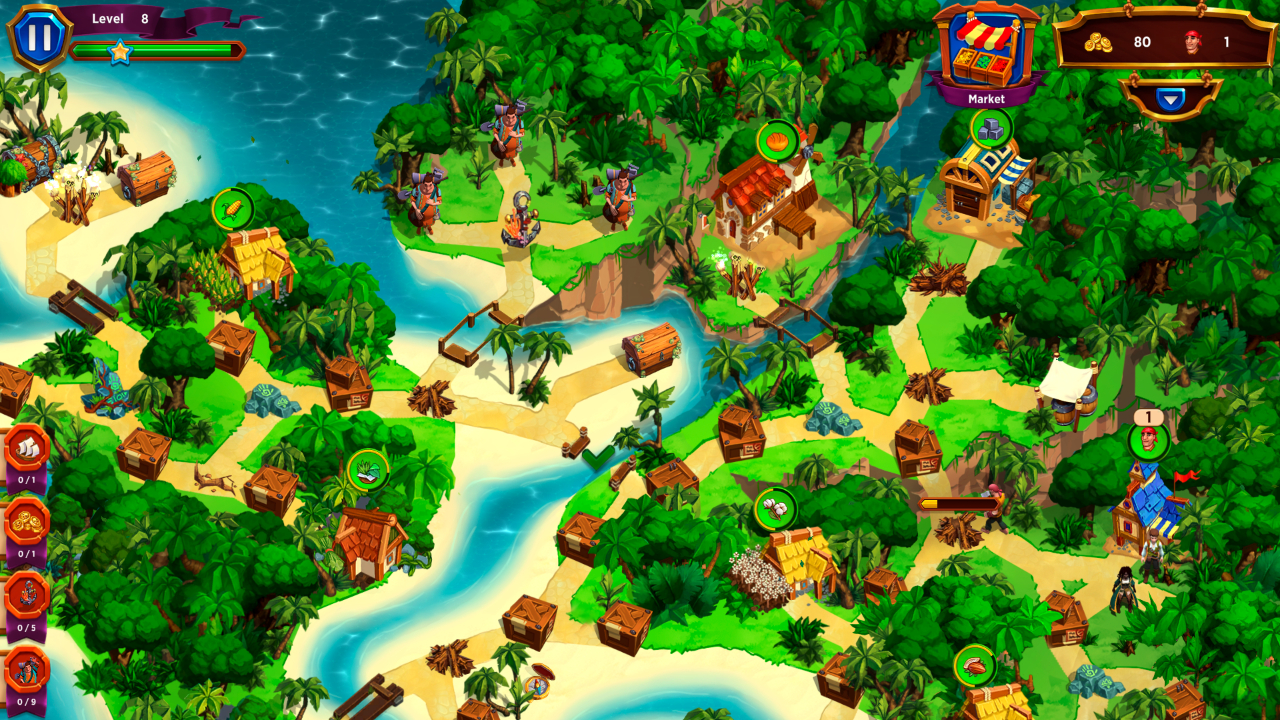 Young Englishman Jack Savvy decides to launch a trade empire in the Caribbean. However, the greedy pirate Fallen Henry stands between Savvy and his success, attacking him for his ship and resources.

In the thick of battle, the wicked pirate manages to tear off part of a real treasure map that miraculously ended up with Jack. And now the young trader must beat the pirate in the race for the secret treasure chest!

On your journey, you'll encounter not only rockslides and economic troubles, but also magic — including enchanted totems, voodoo and ancient pyramids. Luckily, your crew includes the delightful sorceress Tamika, who has a score to settle with Fallen Henry.

Unlike other games in the genre, Merchants of the Caribbean places an emphasis on trade. Of course, the settlers will also have to build bridges and roads, clear obstacles and sell the resources they collect. As well as building a farm, quarry and forest hut, you can also construct processing buildings, whose output is more expensive and better-suited for future production. For example, you can make bread from cornflower by building a special building and having a small amount of gold and an available worker. Every building can be torn down and replaced with a new one. This is very useful when the market is oversaturated with certain kinds of products and their price is falling.

Face pirates in sea battles, keep your cool and give orders to your crew to emerge victorious.

Carve your own path through the jungles, swamps, hills and deserts of the Caribbean!

Collect resources, construct buildings and set up production chains so that you can manufacture more complex – and valuable – goods.

Search for treasure, explore the islands and find upgrades for your ship.

Sell goods, grow wealthy, build a successful trade empire and conquer the world (or at least the Caribbean)!