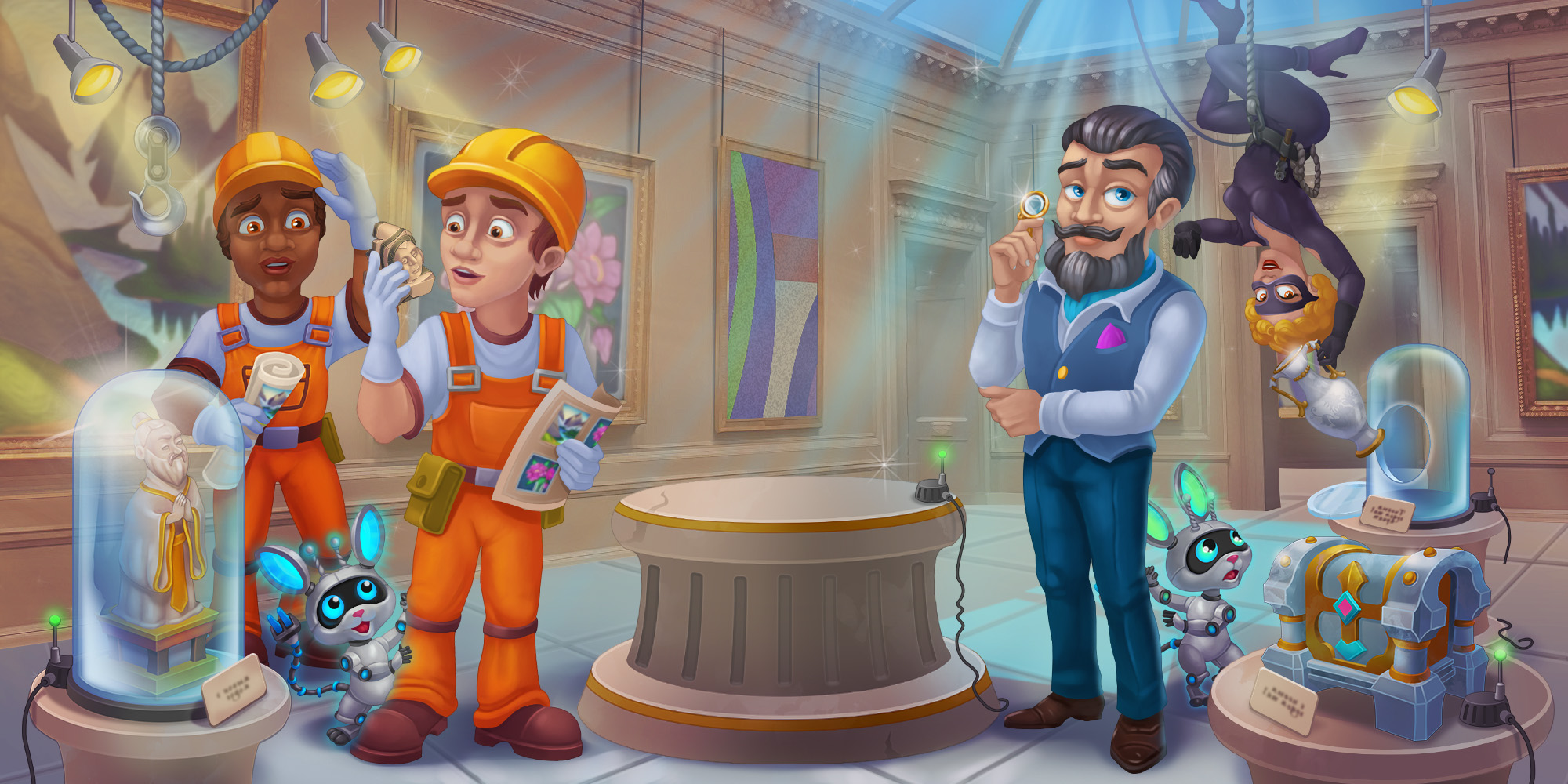 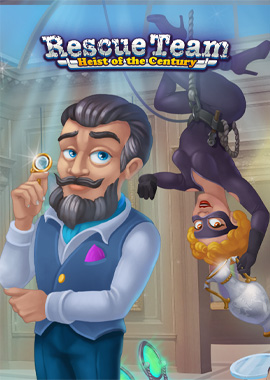 Rescue Team 13: Heist of the Century 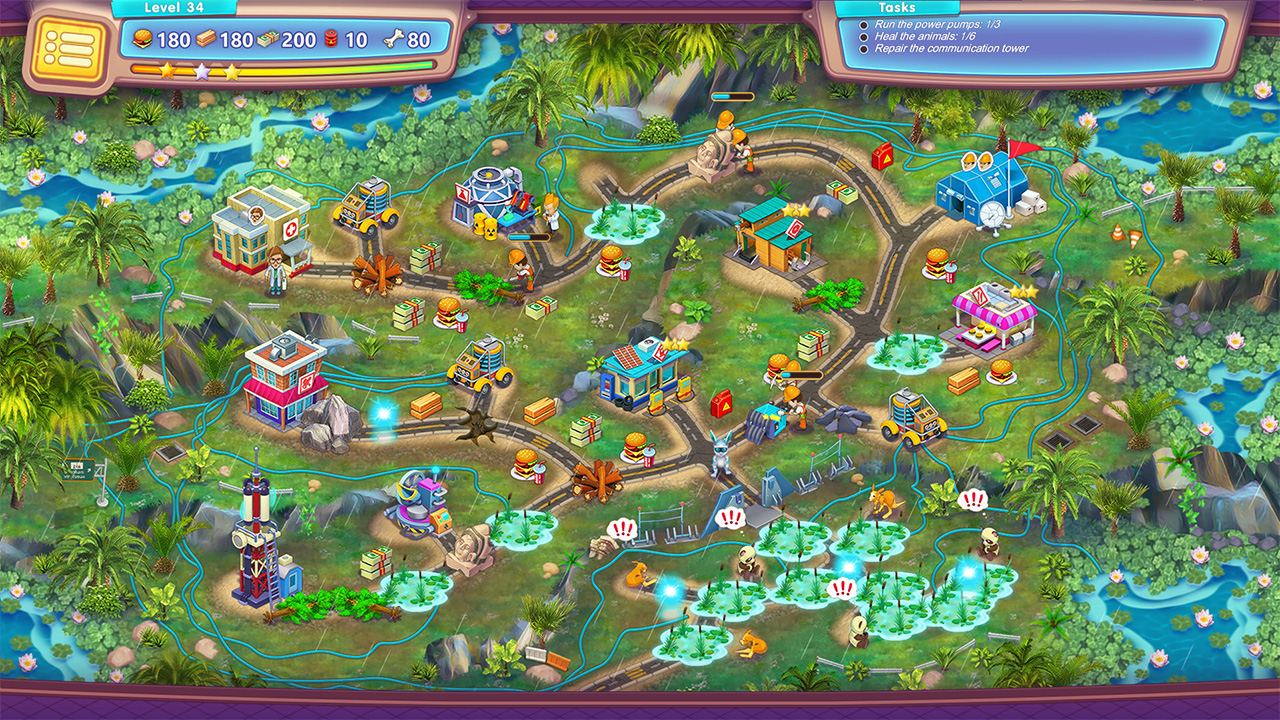 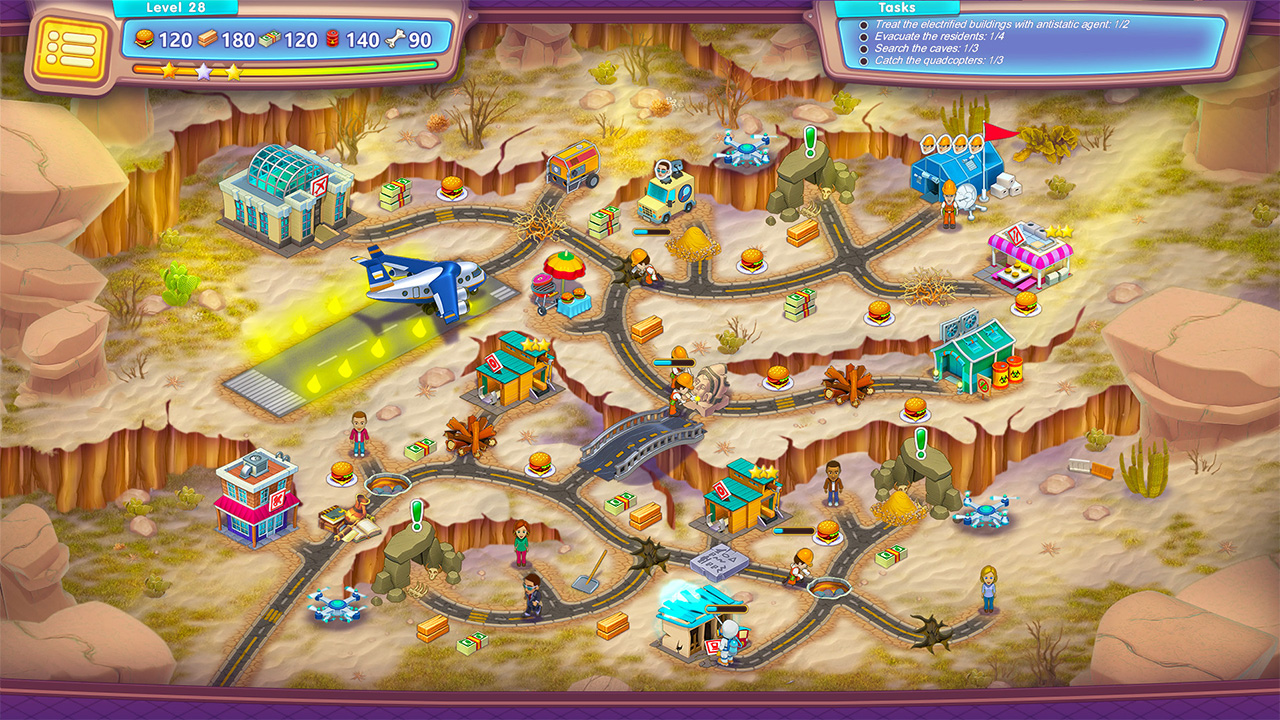 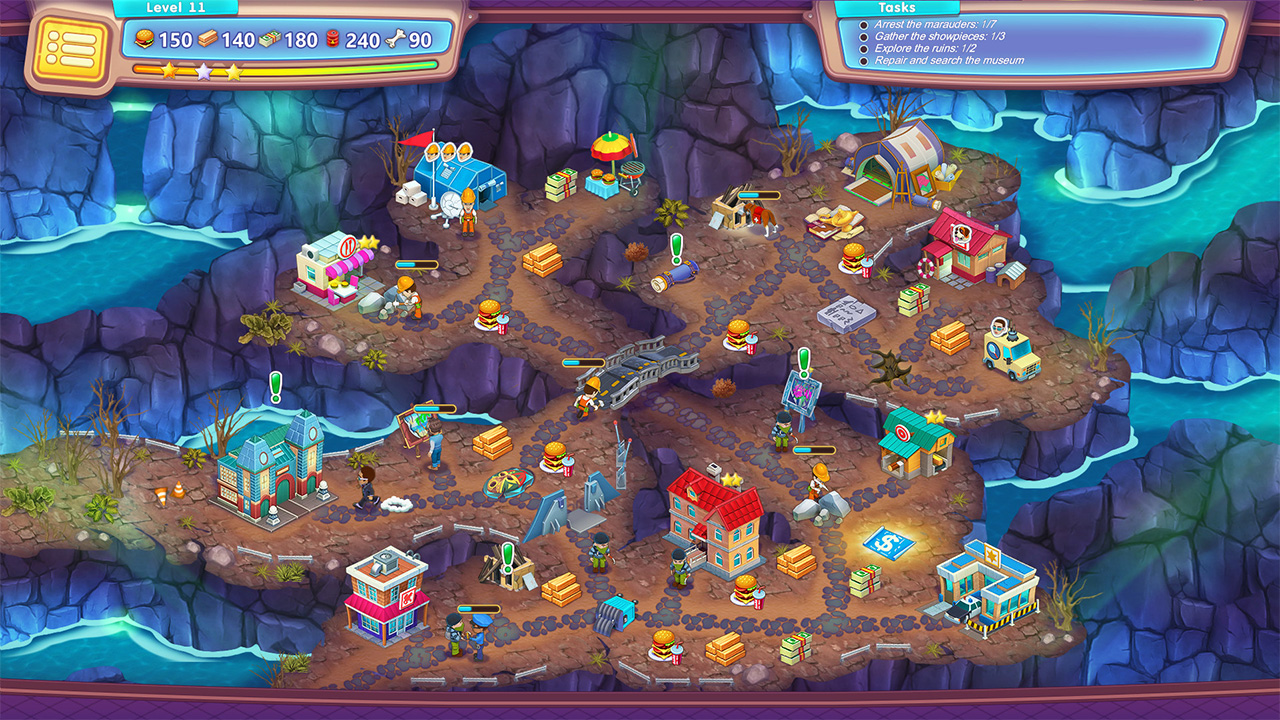 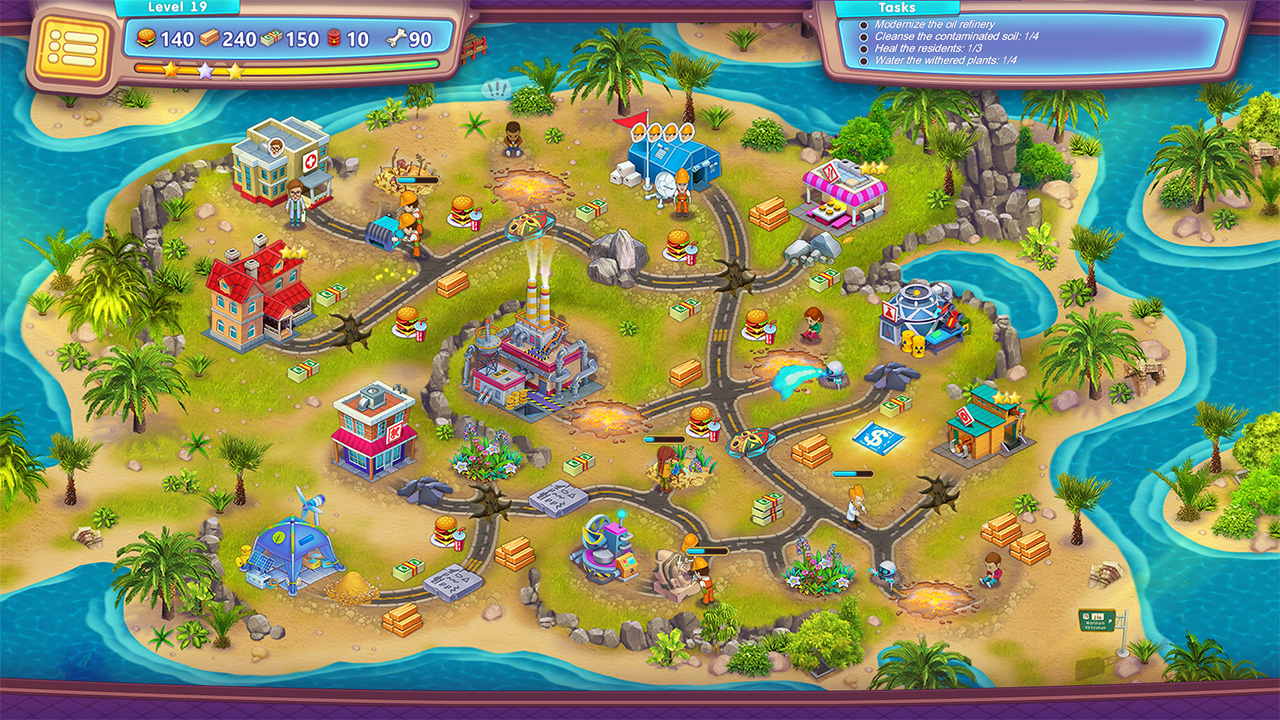 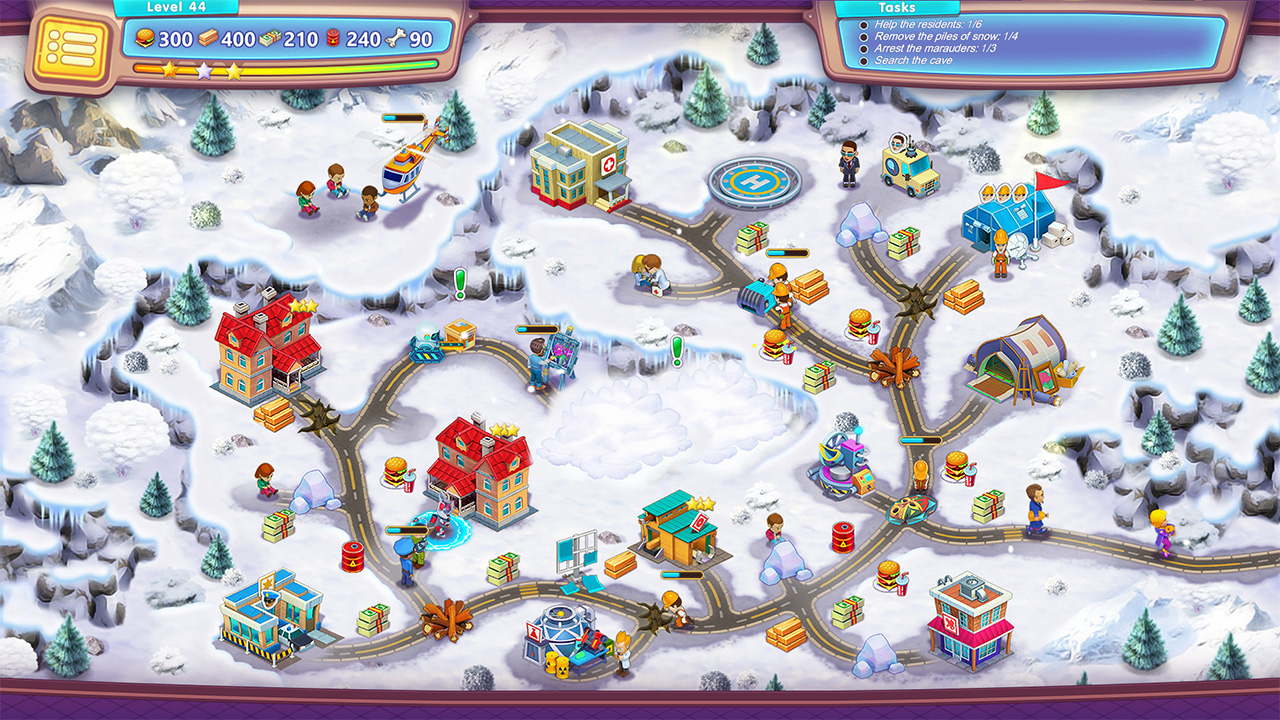 From Warhol to Van Gogh, priceless works of art are disappearing from galleries around the world! Even worse, devastating natural disasters are occurring in tandem with these heinous heists!

To learn who's behind this calamitous crime spree and stop the destruction, global authorities do the only thing they can: activate the Rescue Team!

As the squad's guiding hand, you'll tackle the impossible in dozens of eye-popping, nail-biting levels. From stopping earthquakes from reducing cities to rubble, to dealing with the messy aftermath of hurricanes, to cleaning up after gooey ecological disasters, you'll have your hands full!

But you'll also have the skills of the world's best rescuers at your fingertips – including the ever famous rescue dogs! No task is too big and no job is too difficult for these heroic hotshots, whether it's clearing a disaster zone, producing vital resources, or catching the crooks behind the thefts.

Are you ready for an epic quest to save the world? Do you have what it takes to complete the ultimate adventure? Are you curious what happens when a rescue dog meets a giant snake? Don't miss a moment of this thrilling new chapter in the Rescue Team saga!