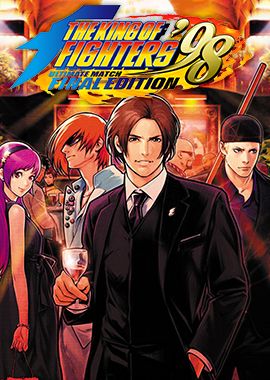 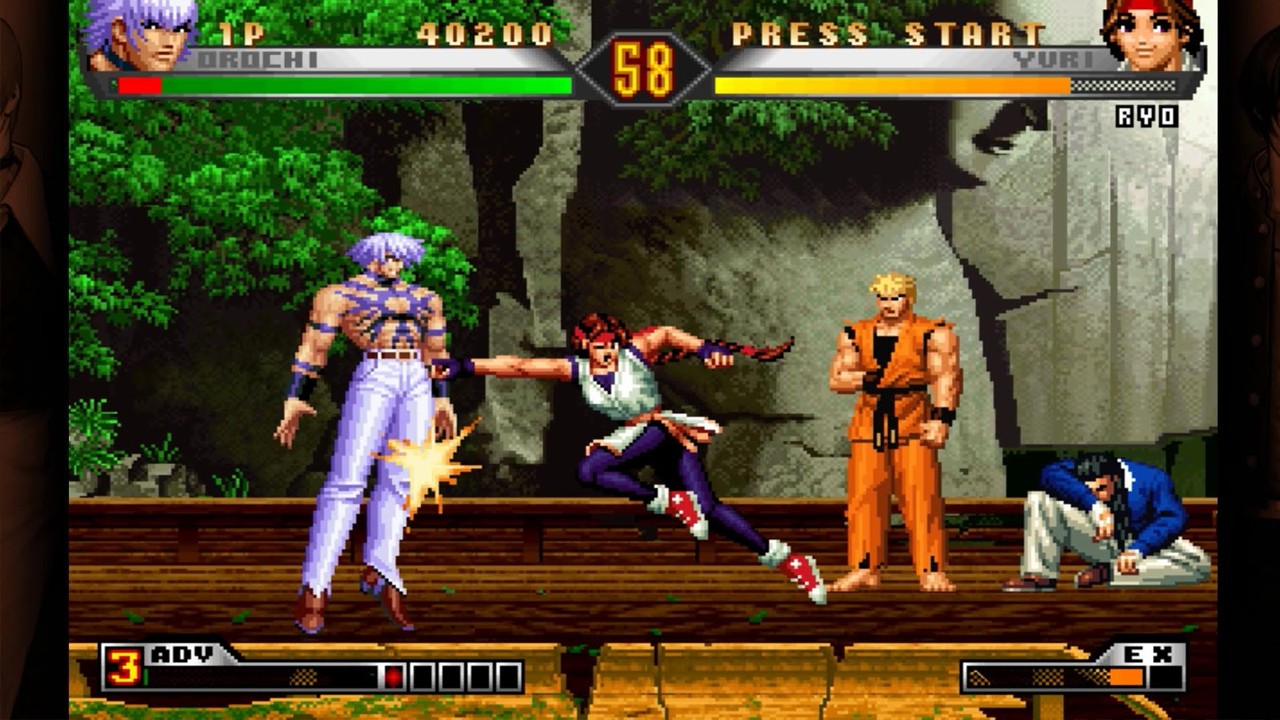 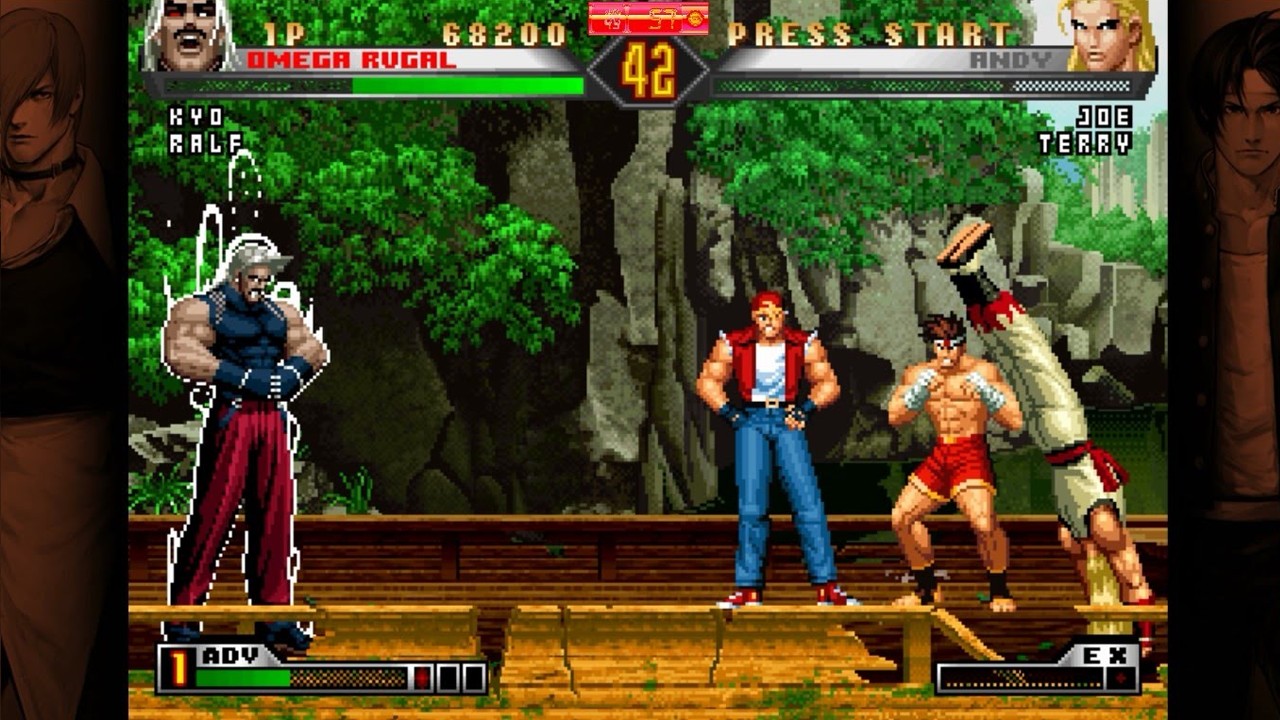 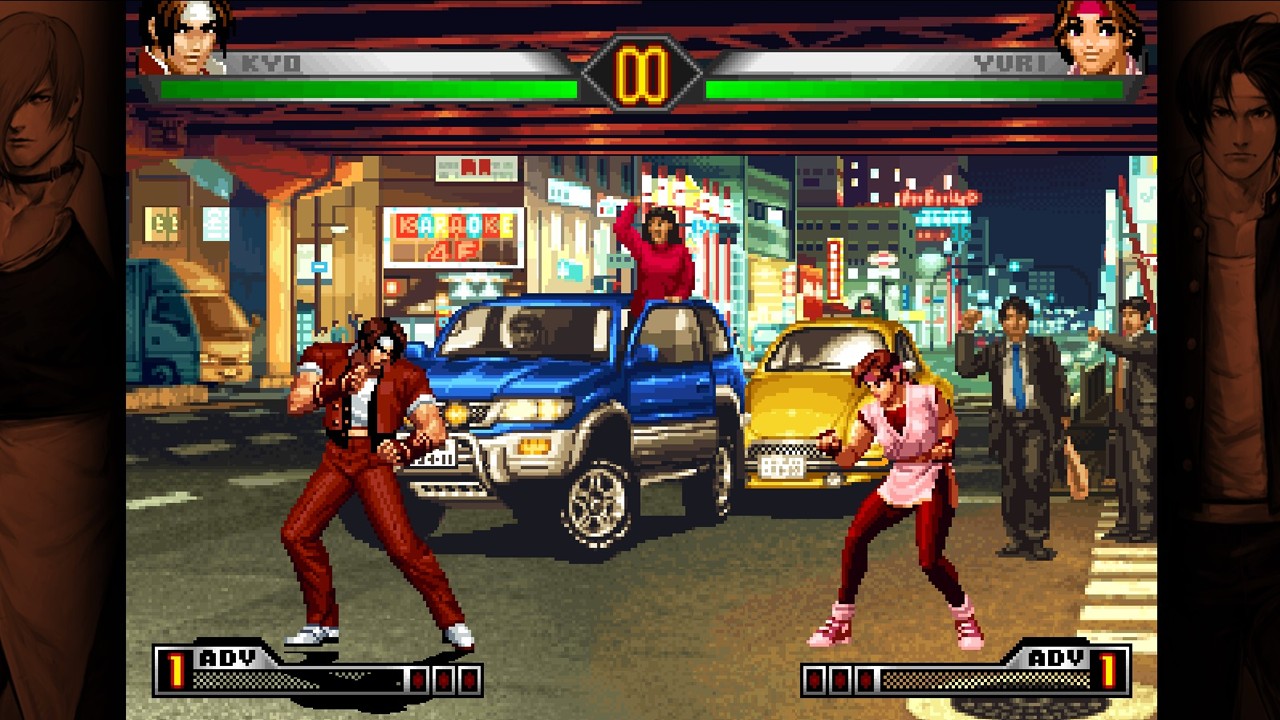 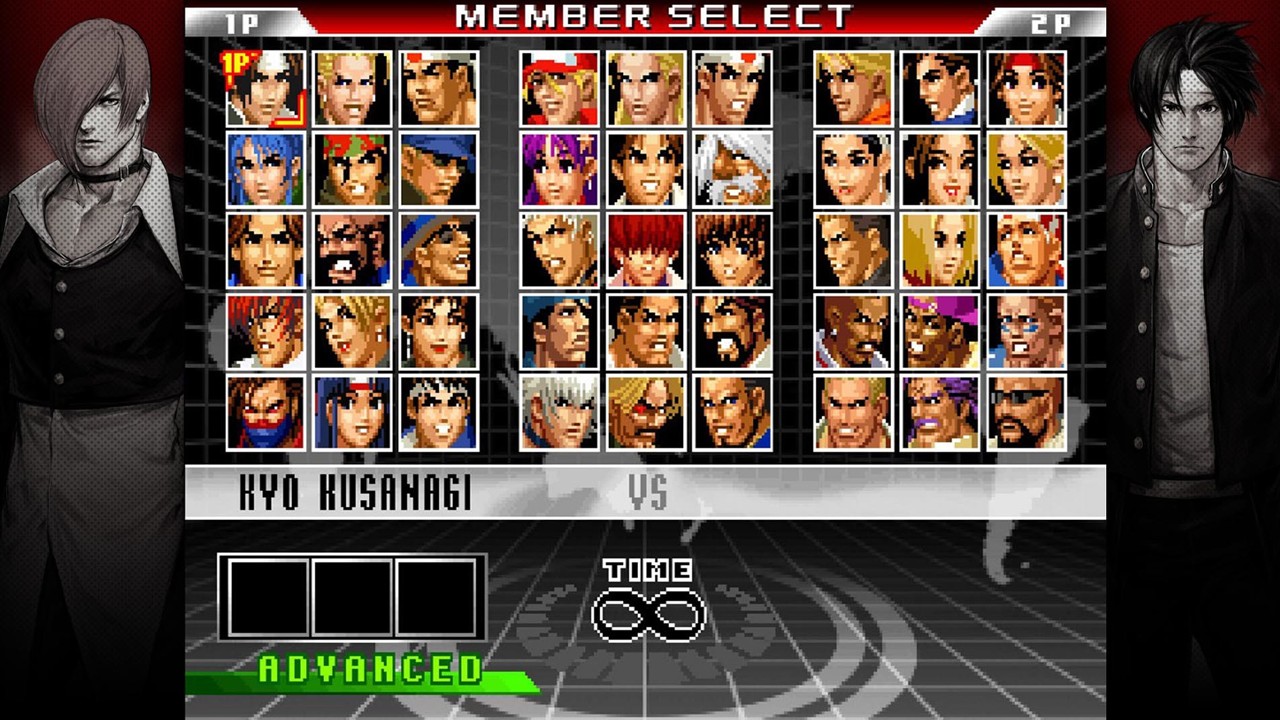 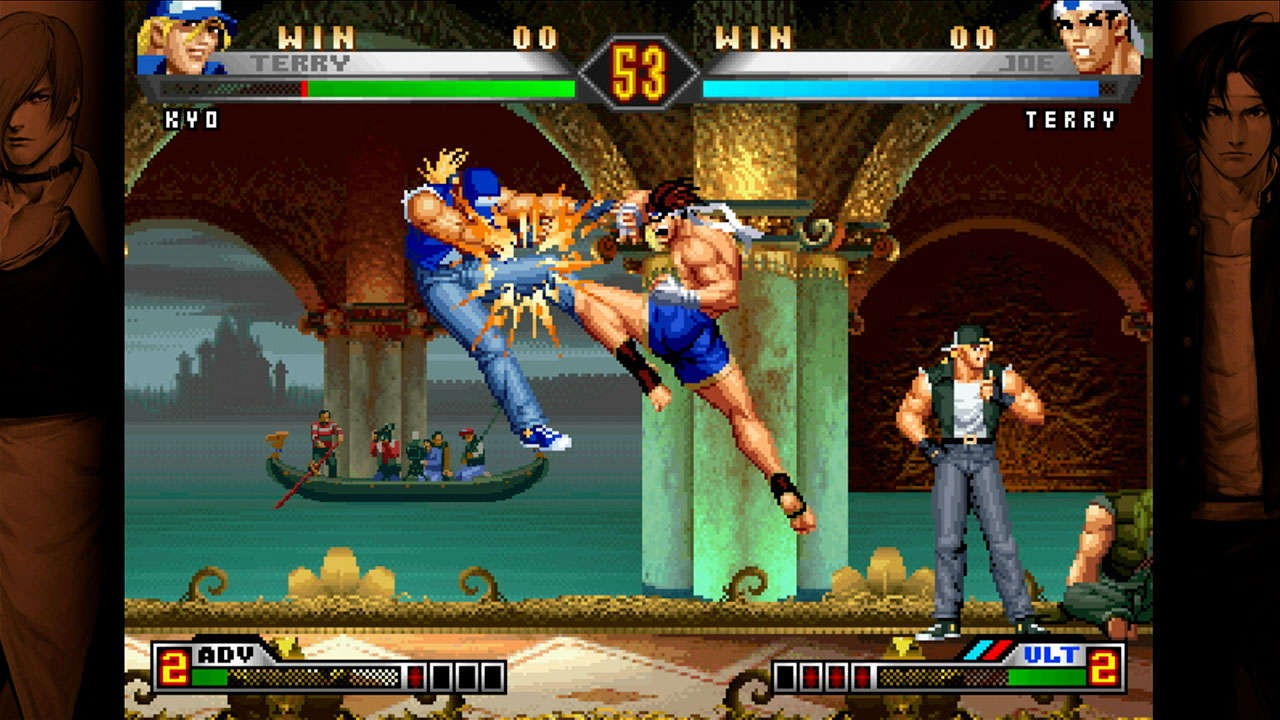 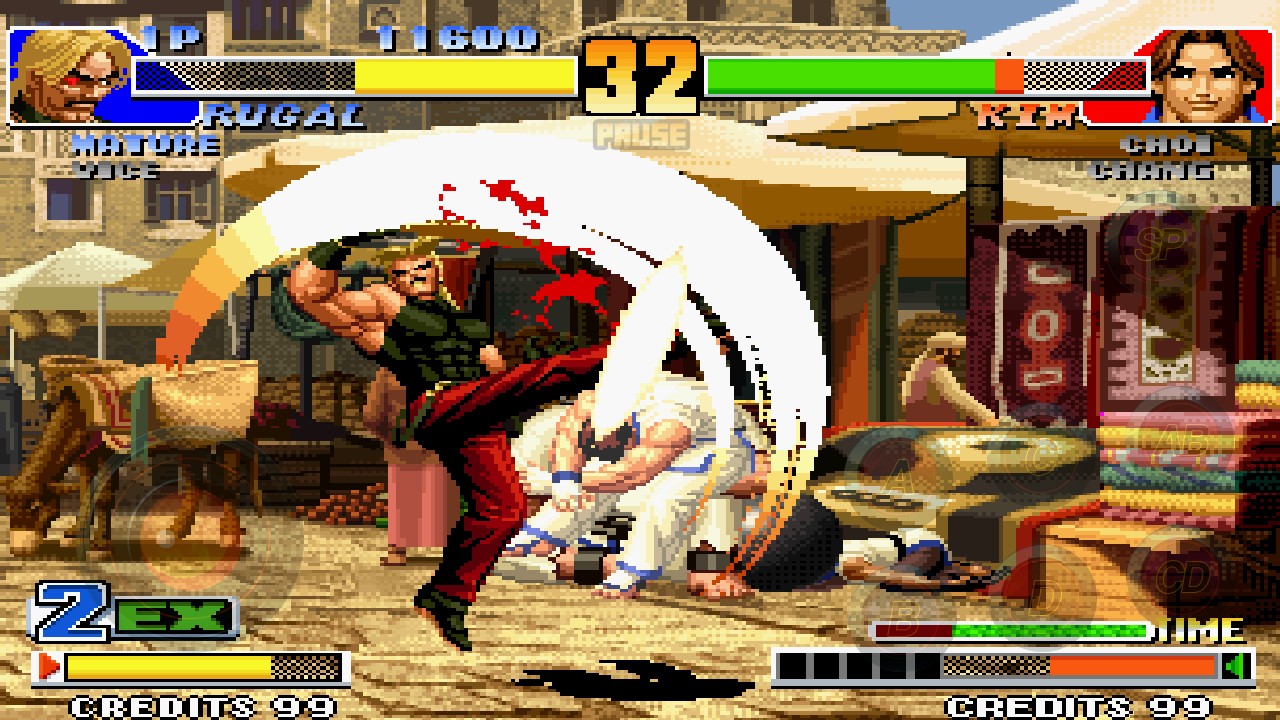 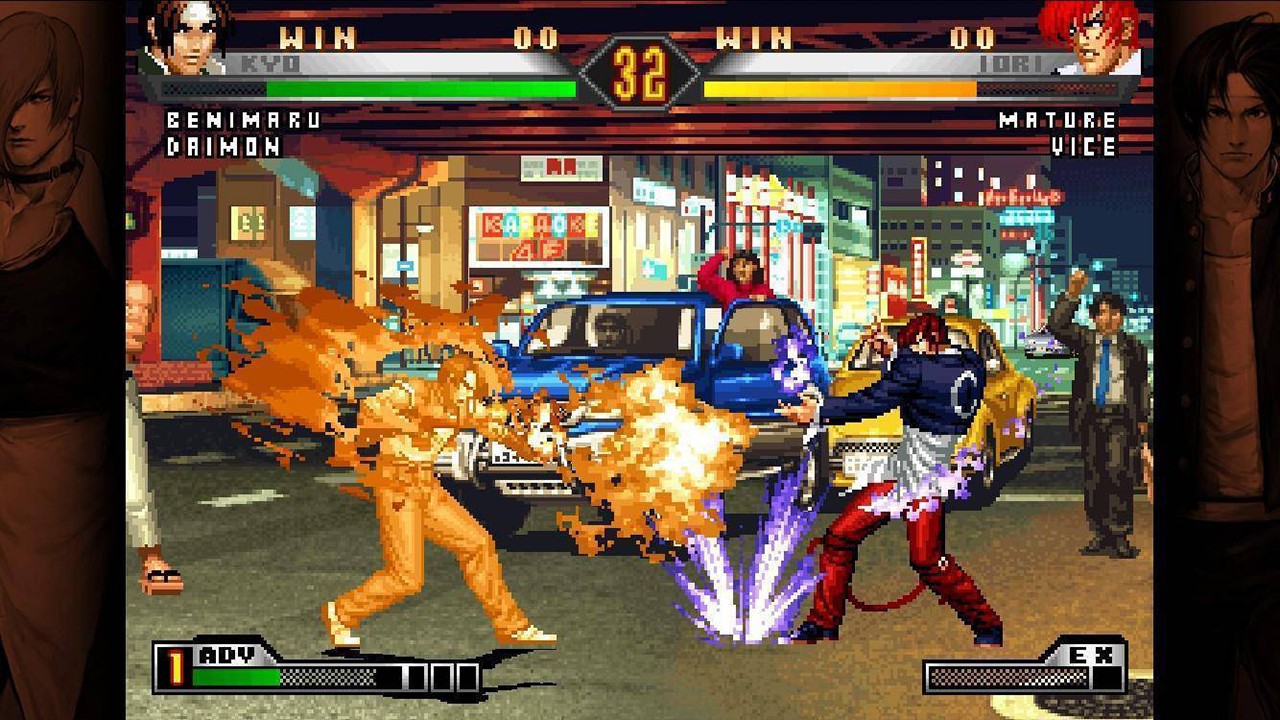 ・A thorough overhaul of the game balance: With an overall readjustment of the game balance and every character’s moves, this final edition of “KOF ’98 UM” is definitely the ultimate version to play for every KOF fan for endless and epic battles.

・A gorgeous character roster of 64 fighters: In addition to the original roster of “KOF ’98”, emblematic KOF characters such as Eiji Kisaragi, Kasumi Todoh, Geese Howard, Mr. Big, and Wolfgang Krauser join this ultimate tournament. Furthermore, this final edition offers an alternate version to some characters for a total of 64 different fighters and infinite team possibilities.

・Various game modes: KOF '98 UM FE features several game modes for the best game experience ever such as “Endless Mode”, in which you take on CPU-controlled characters in a series of battles, “Challenge Mode” to attempt and clear a total of 30 missions, “Practice Mode” where you can train using all types of moves and combos.