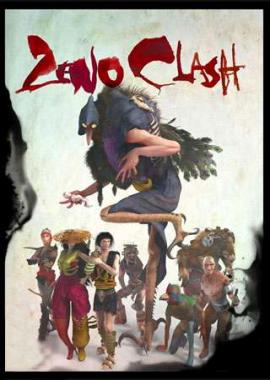 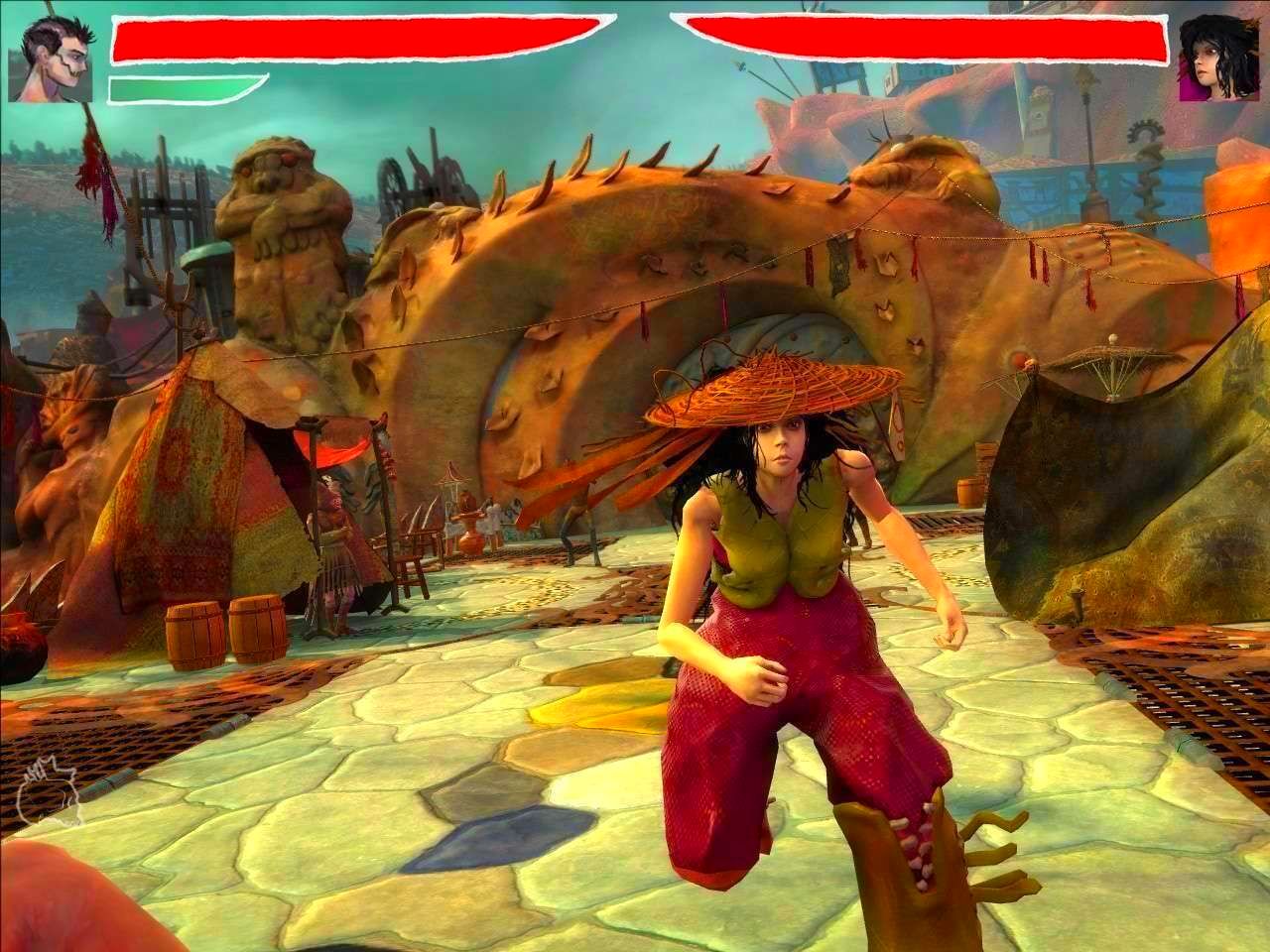 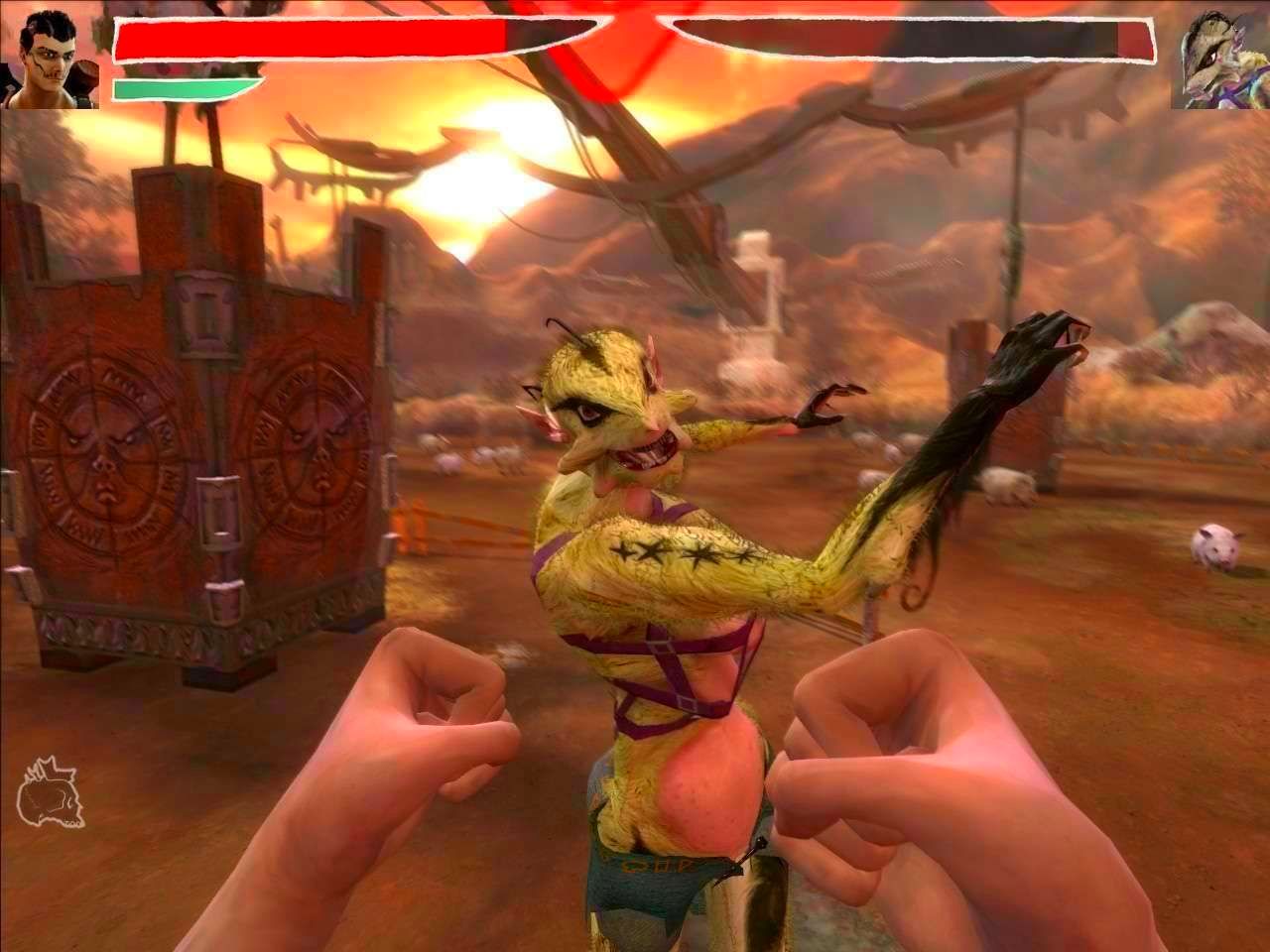 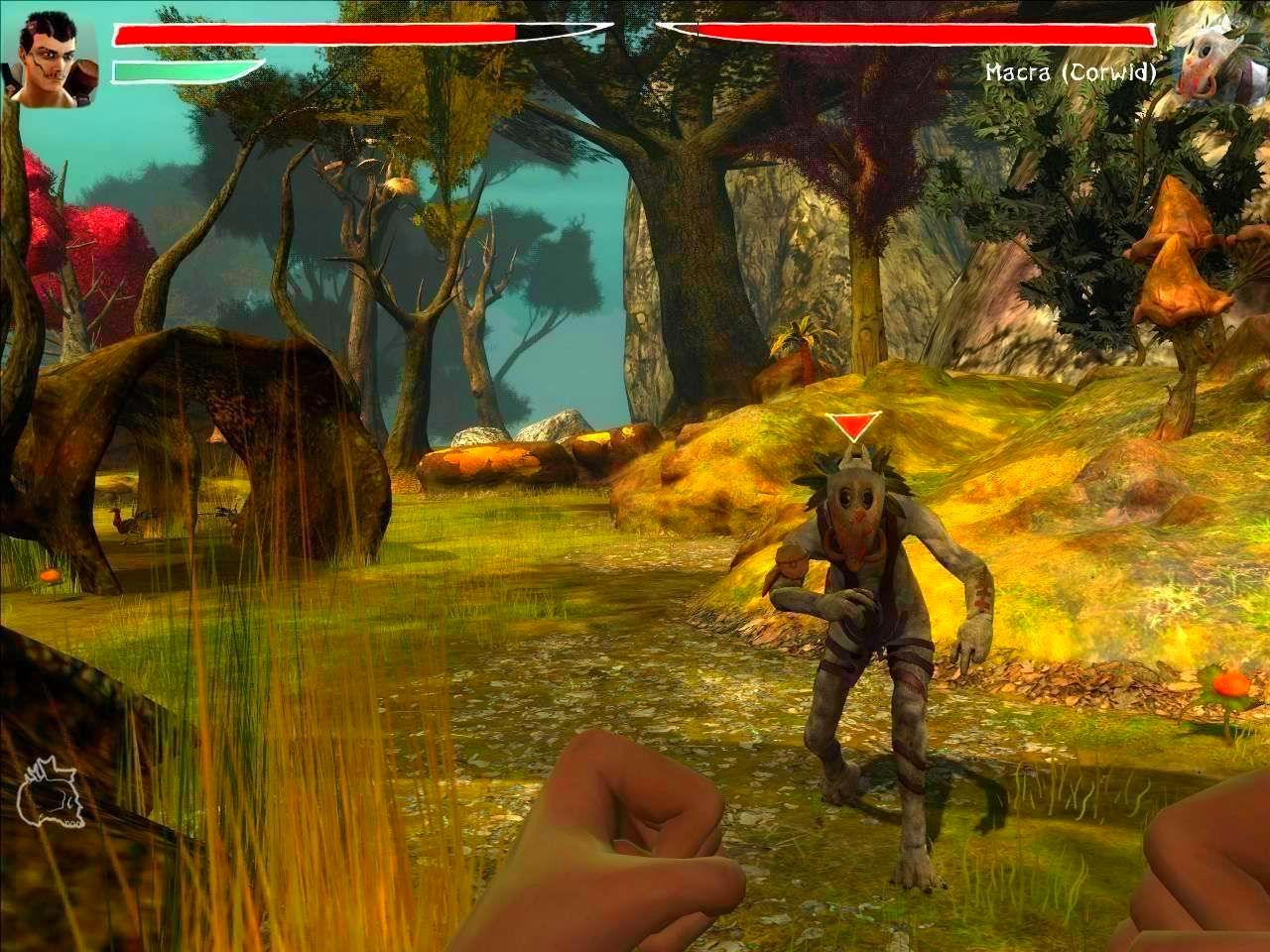 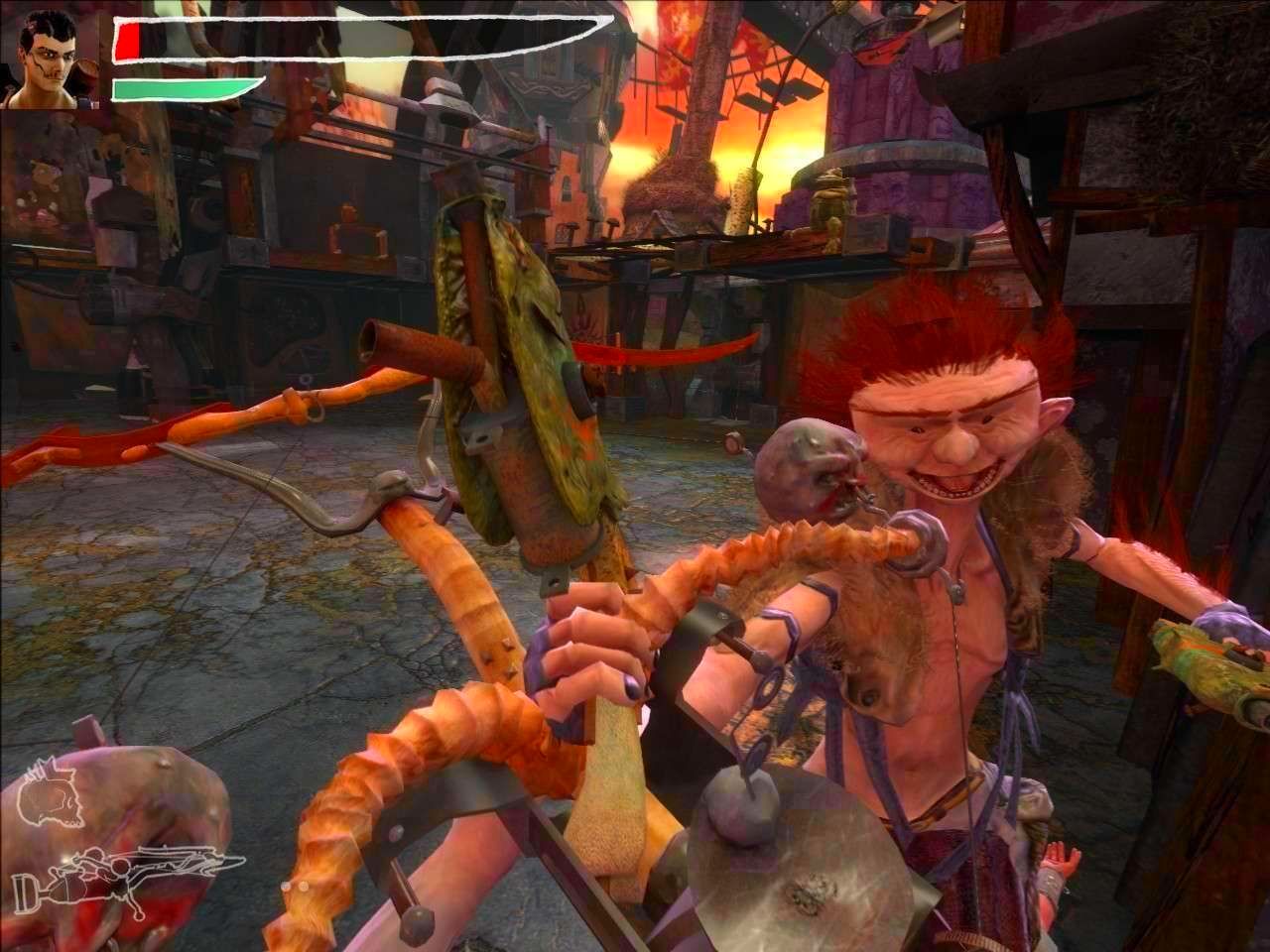 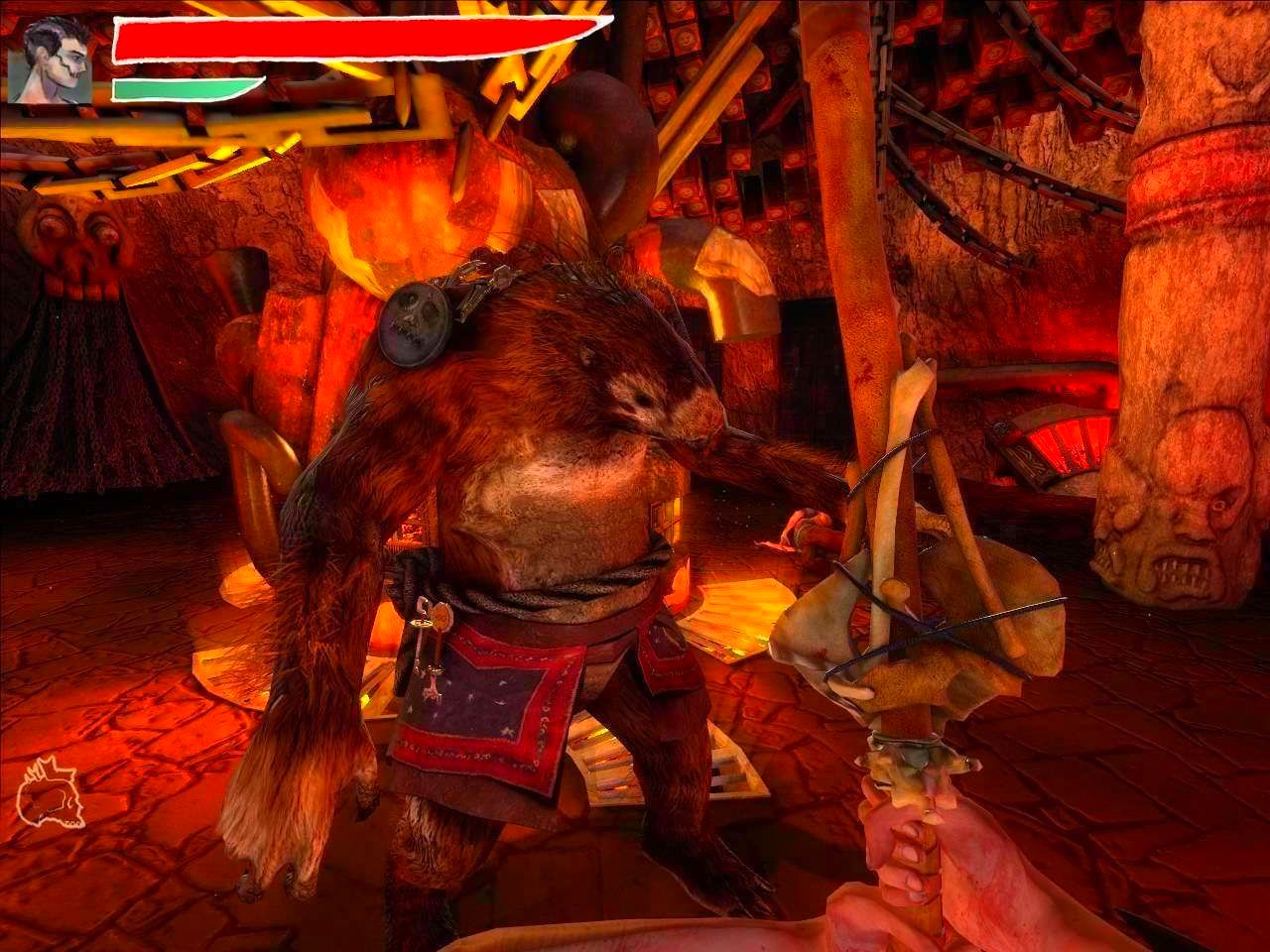 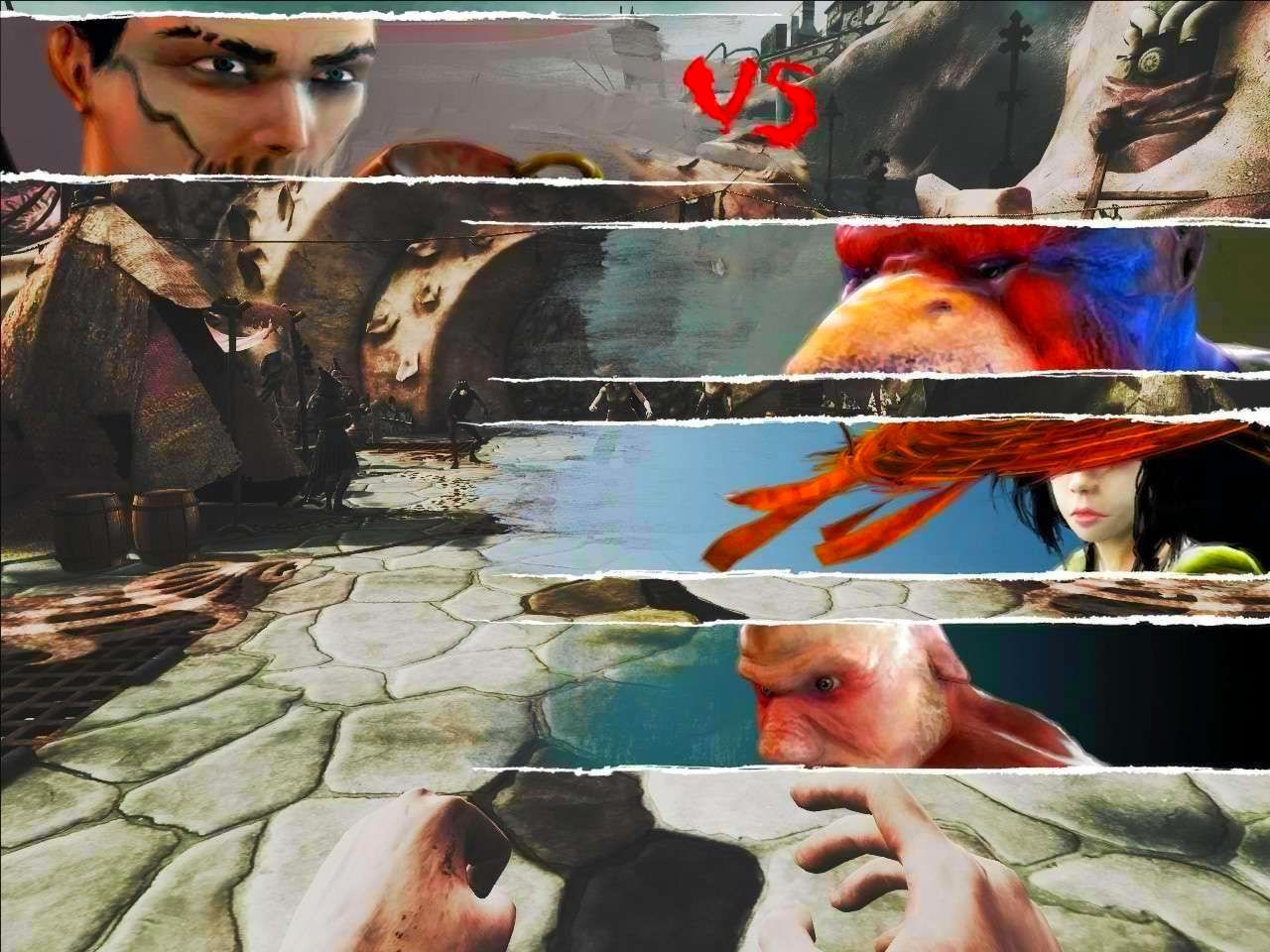 Zeno Clash is an action/fighting game set in a punk fantasy world. The game is played from a first person perspective and the combat is generally up close and brutal.

Experience a deep storyline set in a fantastic world. Play the role of Ghat, a man banished by his own brothers and forced to begin a desperate journey past the forbidden desert and to the end of the world.

Nominated in 'Excellence in Visual Art' at the Independent Games Festival, the original visuals, which make full use of the Source engine features, breathe new air in the fantasy game genre. The new close combat mechanics are also a deviation from traditional action in the first-person genre that will feel fresh for new and veteran players.

Players will be immersed in a fantastic world, beautiful and disturbing at the same time. The unprecedented art style brings a fresh new approach to the first person genre. The surreal environments and characters will keep players wanting to discover more.

Jump right into the action in engaging unlockable "tower challenges". The player must overcome enemy waves to progress through the tower levels. The game will rate the player in different categories like speed and performance. A leaderboards system will rank you against your friends, so the challenge never ends.

Players will play the role of Ghat; the son of a impressive hermaphrodite creature called Father-Mother, whose children form the most powerful clan in the city of Halstedom. Ghat must escape from his family and start an incredible journey with his female companion Deadra, who will aid him in the dangerous lands of Zenozoik.

The game features an unusual arsenal of eccentric weapons that are built from scraps and junk. Hammers and clubs will be the most effective when fighting heavy characters that can only be brought down with extreme force.